I was a member of the CUMB. I regret not leaving sooner.

I was a member of the CUMB. I regret not leaving sooner. 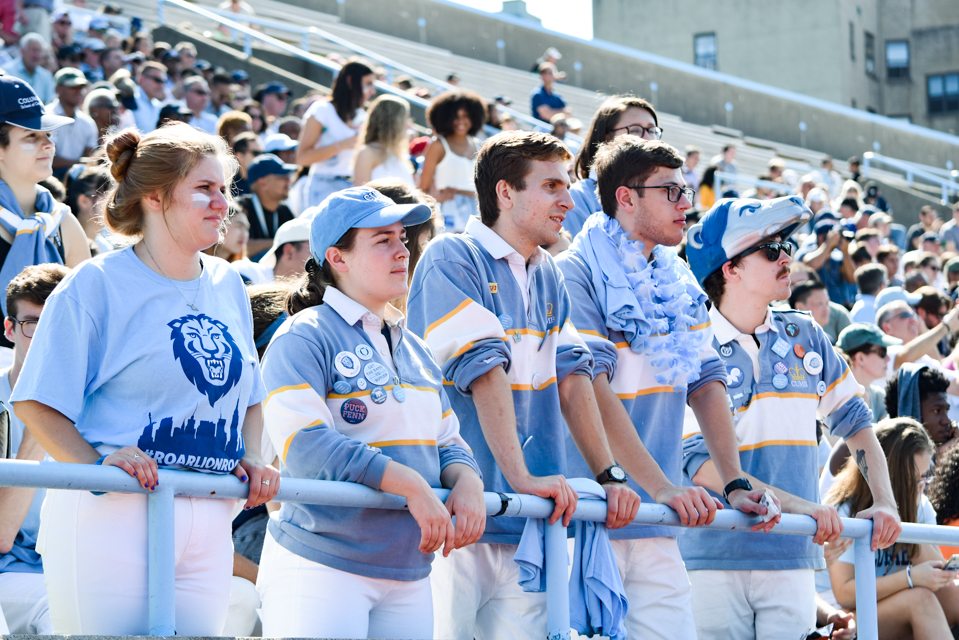 As a pre-med, Black, female student attending a highly competitive institution, I was able to find solace in joining the Columbia University Marching Band. However, the numerous Columbia Confessions posts detailing personal student accounts of disturbing interactions with the band as a whole and with individual members forced me to reconsider my position as a band member.

Although I don’t regret having joined the group, I deeply regret having not left sooner, and I’m ashamed of the actions that I was complicit in during my time in the organization. Despite not having voted in the meeting to dissolve the band, I fully support the decision, and commend the current band on their ability to take sincere accountability. I hope that by reviewing the pitfalls of CUMB history and culture, Columbia can create a larger culture of accountability that would permeate not only a new band if one were to be created, but all organizations and groups on campus.

On September 15, 2020, the Sports section at the Spectator released an article detailing the specific harmful band traditions and the running jokes that perpetuated a culture of racism and misogyny. The CUMB has an undeniable history of racism, misogyny, sexual harassment, and offensive humor. This is exemplified by the alumni’s dissimive responses to sexual assault claims on social media, where they insinuated that sexual assault survivors, or “snowflakes,” either “don’t understand humor,” or were “complicit” in their assault. The overall tone of the Alumni Association’s response shows their lack of remorse and an unwillingness to take accountability.

The emphasis on secrecy inherent in band culture created and perpetuated by this group of troubled alumni was apparent during my time in the band. It was an exclusionary and unethical practice, as we were forbidden from discussing band events with non-bandies and were unable to know about some aspects of these events even as band members. The napkin, for example, was an online history of every bandie’s sexual “conquest,” past and present. No one knew who updated the list, and members were not allowed to ask for a napkin connection to be removed. We were also not allowed to tell non-members the meaning of “gtbtb,” which was “grab them by the balls,” or disclose the lyrics of the band’s “oral tradition,” which composed of various songs/chants, many of which are outright disrespectful to a number of marginalized identities.

The secretive nature of the CUMB consequently created a hostile environment that discouraged members from speaking out against inappropriate actions or events. It was incredibly difficult for individuals to properly address offensive behaviors, which stunted the band’s ability to grow. It felt like there was no space for members to securely voice concerns about disrespectful or offensive band scripts.

CUMB’s culture of discouraging transparency mirrors the toxic nature of many Columbia organizations. Greek life, in particular, is also able to shroud racism, misogyny, and sexual misconduct in secrecy, much like CUMB did until its inevitable exposure. Therefore, these issues apparent in the band represent a larger problem that exists within campus groups. Exclusivity and member discretion are dissolute values that arise through generations of institutionalized misconduct, and everybody involved must enthusiastically commit to eradicating them, as it cannot be done by one generation or group alone.

While I hope that a new marching band will be formed in the future, it must be devoid of CUMB’s culture and disassociate itself with alumni of CUMB. I urge Columbia Athletics and the administration to understand the implications of working with the Alumni Association, as the alumni may continue to perpetuate the band’s history of toxicity. It is imperative that we demand proper accountability from our campus communities beyond passive reactionary statements and continue to take substantial steps towards effective change.

Amanda Amilcar is a junior in Columbia College majoring in Neuroscience and Behavior on the pre-med track. She is a member of the Columbia Women in Medicine club and enjoys listening to and playing music on the flute, piano and guitar.