Fighting for housing justice at Columbia

Fighting for housing justice at Columbia 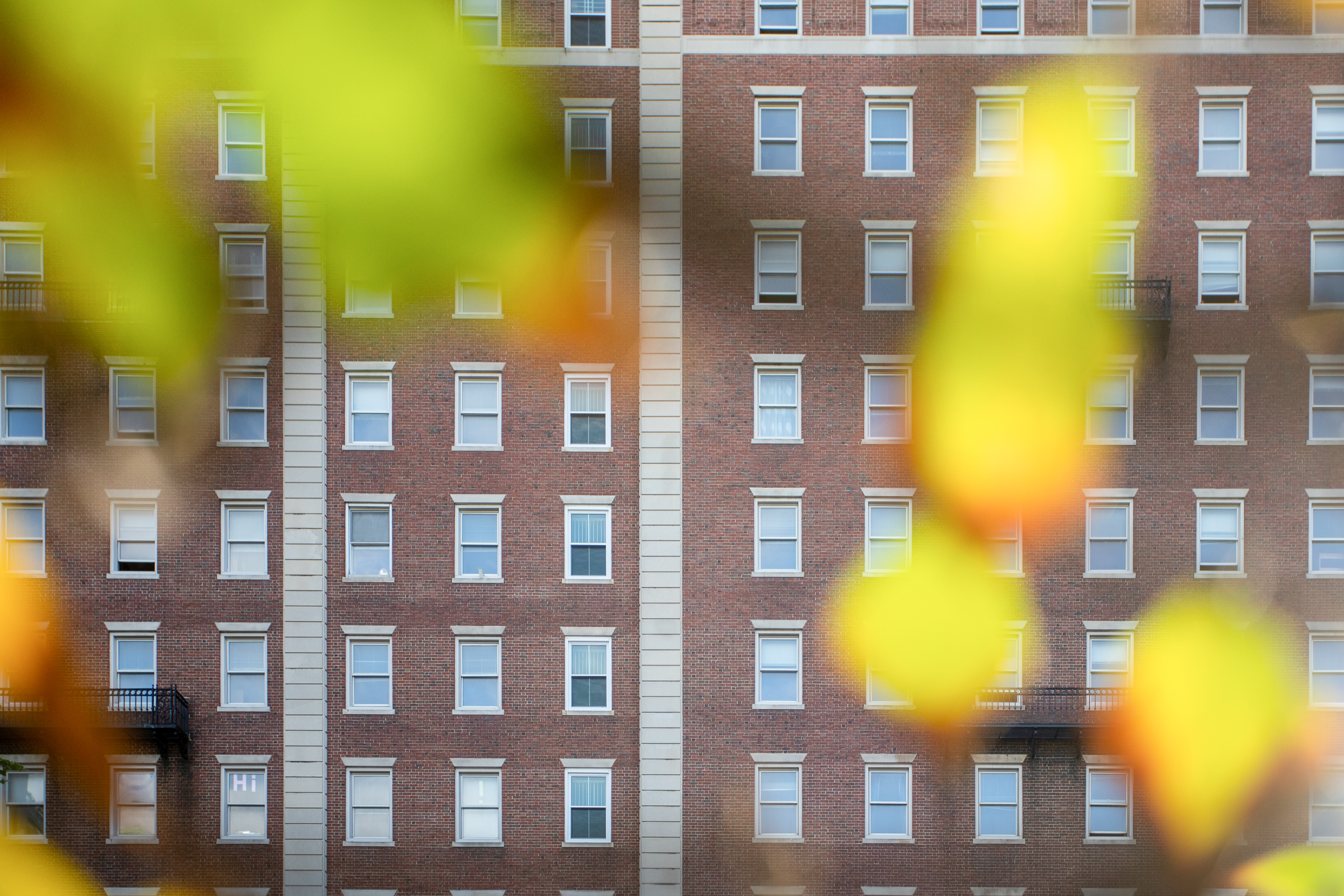 Last semester, the crisis unleashed by the pandemic underscored how Columbia not only serves the role of educational institution and employer for its students and workers, but also functions as a landlord for over 10,000 Columbia affiliates—with all of the forms of power over students' and employees' lives that this status implies. Columbia frames its position within the New York real estate market as beneficial for the project of higher education, but in reality, it has subjected students and faculty to a particularly brutal form of landlordism while having extremely destructive consequences for the working-class communities that surround the University. Now more than ever, Columbia’s role as a landlord-University must be challenged through an interconnected fight for housing justice, one that would unite both student-tenants and community members behind a vision of accessible and affordable housing for students, workers, and longstanding residents alike.

By some measures, Columbia is the largest private landowner in New York City, with $1.95 billion in real estate wealth. In addition to campus buildings throughout upper Manhattan, this figure includes 150 apartment buildings that house over 5,000 graduate students along with faculty members, staff, postdoctoral students, and many non-Columbia affiliated residents.

Columbia’s vast property holdings can be traced directly to its expansion into Harlem over the past few decades. The ongoing construction of the Manhattanville campus, for instance, is projected to displace up to 32,000 residents, whether through outright seizure of residential buildings via eminent domain or over time through raised property values. Despite often using the language of racial and social justice, the University continues to create a crisis of unaffordable housing for the majority working-class and Black or Latinx residents in West Harlem while reneging on the benefits it has promised. This expansion into Harlem has also contributed to an increased police presence in the community, with devastating effects for Black residents in particular.

Columbia has justified its land seizures with the language of “public good,” which seems to suggest that its status as a “world-class” educational and research institution trumps Harlem residents' right to affordable housing. But a university with the second-lowest acceptance rate in the U.S. and where half of admitted students come from families with incomes in the upper 10 percent certainly does not spread those educational benefits very widely, least of all to the immediate community of Harlem.

The language of “public good” rings even more hollow when we consider that Columbia, as a tax-exempt “non-profit,” pays no city, state, or federal taxes on its $1.95 billion real estate holdings, despite earning anywhere between $315 million and $1.12 billion in yearly net income in recent years. In 2016, Columbia reported over 12.4 million square feet in tax-exempt property, but paid only $7,500 in voluntary “payments in lieu of taxes” to the city government.

Far from providing for the public good, Columbia Residential—the administrative office in charge of overseeing Columbia’s 150 apartment properties—scarcely looks out for the needs of the University’s own students, workers, and instructors. This became clearer than ever during the city-wide wave of rent strikes earlier this year, when 5,000 New York residents declared that they were unable to afford rent due to the economic crisis unleashed by the pandemic. Joining this rent-strike movement were about 150 graduate student residents of University Apartment Housing, calling for the cancellation of summer rent payments, no evictions, and a renewal of leases. For many graduate students, the situation was desperate. Countless tenants were forced by Columbia Residential policies to move out of their apartments in the midst of a stay-at-home order. This created a crisis situation, especially for international students—who often rely on Columbia housing in order to live in the U.S. and whose visa statuses depend on full-time student enrollment—and for the many who turned to loans to make rent payments rather than risk eviction.

We are looking at a case of Her Honor Alma Mater turned crisis-stricken company-town. However, community members have been organizing for power in their roles as workers and tenants. Through their rent-strike organizing efforts, the Columbia University Tenants' Association has won in its proposal to waive the $1000 cancellation fee for moving out until the end of August,  waive subletting restrictions, give priority to tenants that moved out during the pandemic to return to Columbia housing, and establish a rent freeze for 2020-21. The Tenants' Association is now shifting toward longer-term demands such as decoupling student status from rent payments, especially for international students whose visas depend on student status; more transparency in terms of how Columbia Residential functions; and maintaining the rent freeze in the long term, particularly to prevent Columbia from raising rent for new leases to students who have few other options for housing.

There are clear connections between this fight for affordable housing for student-workers and the fight for affordable housing in the Morningside Heights and West Harlem communities. Although Columbia often presents its expansion projects in the interest of students, tenants are put in jeopardy when subjected to a landlord that can threaten their education, income, healthcare and housing in one fell swoop. The fact that tenants have little recourse to challenge injustices like illegal rent hikes and evictions is attributable to the University’s tight grip on the local housing market, which it only managed to attain through the violent process of uprooting local communities.

For that reason, we must unite these two struggles by calling for a long-term continuation of the rent freeze in Columbia-owned properties, maintenance of rent-stabilized units, and increased funding for academic student-workers to adequately cover the cost of rent and commit to provide affordable housing for neighborhood residents. But Columbia, like any large landlord, won’t give in to these demands without a fight—we’ll need a concerted tenant-organizing movement to truly win housing justice for all.

Becca Roskill (SEAS ʼ22) and Emmaline Bennett (TC ʼ22) are organizers with the Columbia-Barnard Young Democratic Socialists of America. Their column, A Spectre Haunts Columbia, runs biweekly every other Tuesday.