International students no longer seem to be Columbia students

International students no longer seem to be Columbia students 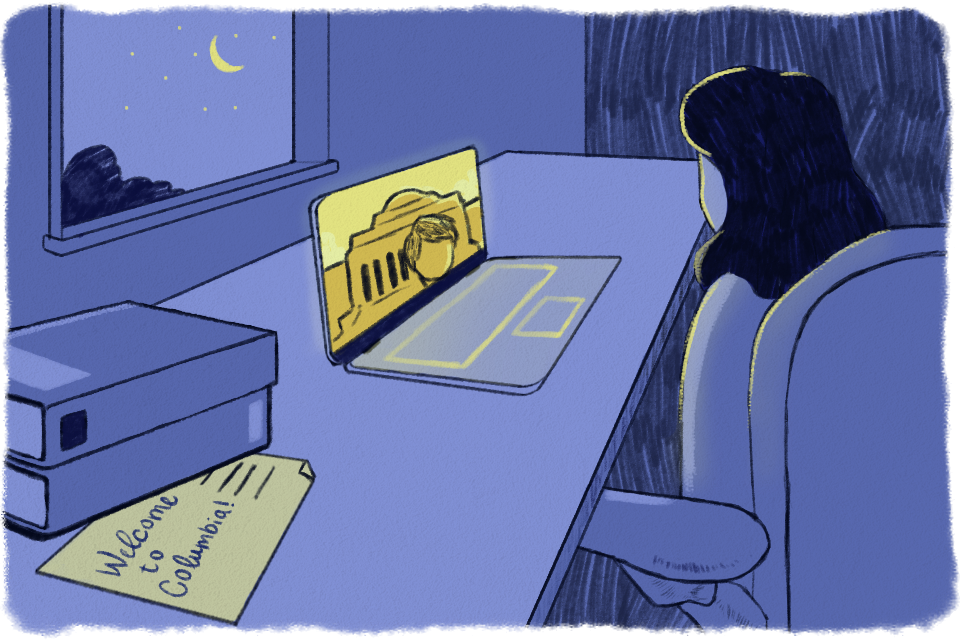 A few months after getting accepted into Columbia in 2017, I received a postcard in my letterbox—it was a simple “Welcome to Columbia! We’re so excited to have you join us!” written with a blue ballpoint pen. The idea that the small card had been handwritten by someone at Columbia for me, and that it had travelled across the Pacific Ocean to end up in my hands, thrilled me. No other university I had been accepted into had made such an effort, and as someone who wasn’t able to visit campus, each interaction I could have with the university paid dividends.

Having had to spend most of 2020 back home in New Zealand, not only was I no longer able to emulate the quintessential American university and New York City experiences I had witnessed in the movies, it became clear that the school’s support and consideration of international students, in a time when we need it the most, is lacking. The $500 we received covered only a third of the price of my 20-hour flight home.

But more than that, in a time of uncertainty, Columbia has failed to communicate effectively with its international students. All we received were generic listserv emails from the International Students and Scholars Office (ISSO) in solidarity with us against ICE’s policy that tried to ban us from reentering the country, reminders regarding spam calls on phone numbers we no longer use, and webinars that were offered only in one time zone as if we were all still located in Eastern Time and able to get responses to our questions live.

While these instances may appear as simply a poor response to a global pandemic, I think ISSO’s inability to consider and acknowledge these new issues in simple ways, such as providing better avenues of communication like clearly publicizing a method for setting up video call appointments rather than email correspondence or phone calls (which is troublesome due to the overseas calling fees most students would have to incur), speaks to how they have not prepared to do more than the bare minimum. Only recently, this fall, have they stated an increased effort in online engagement, as if remote learning was a brand new development in August rather than March. It seems that when international students actually need help for post-graduation employment, the capabilities of the committees set up to provide aid and support fall through.

Now, through the eyes of Columbia, I am exclusively seen as an international student. With classes from 3 a.m. to 12 p.m. and conversations held exclusively about what ungodly time it is where I am or how my country is handling the pandemic, there is no room for anything else. That initial thrill of being a Columbia student isn’t there anymore—what’s left are time differences and physical distances. While it may have felt like I left Columbia back in March, it has become clear that Columbia actually left me—or perhaps Columbia, with its marketing tactics and extra international fees, was never really there in the first place.

Vivian’s frustration most likely comes from a combination of irregular sleep patterns and southern hemisphere winter blues. You can send her some breathing exercises via email at vivian.qiu@columbia.edu or @thetruevivian on all social media platforms.