Rethinking ‘safety’ on and off campus

Rethinking ‘safety’ on and off campus 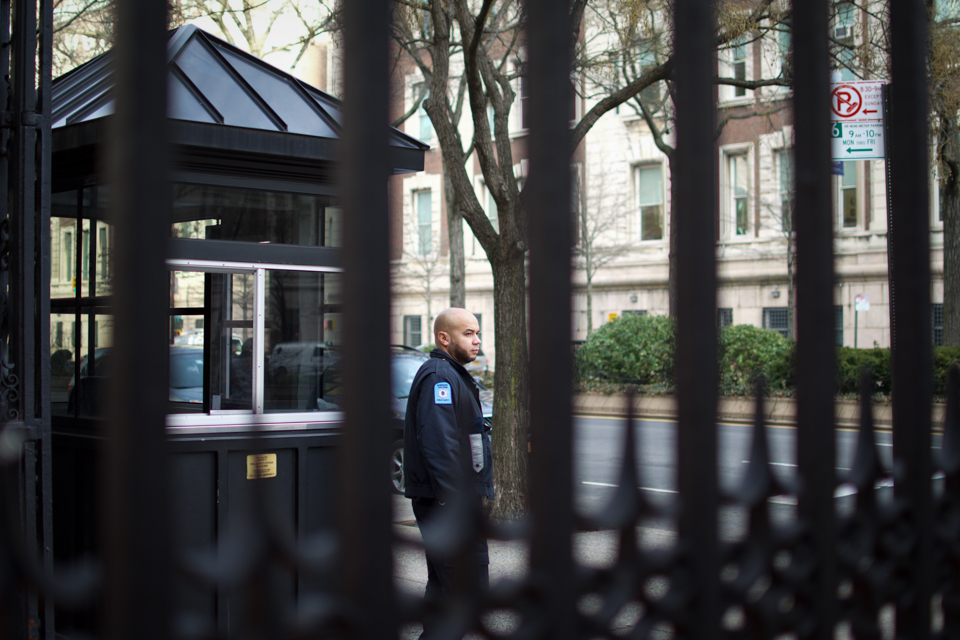 The massive wave of protests this past summer following the murder of George Floyd and other victims of police brutality—the largest movement in U.S. history—has renewed discussions on the role of police and prisons in our society and the interconnections between incarceration, policing, and systemic racism. In light of this movement, the demand to defund and abolish the police and policing entities has become more widely-felt than ever before, whether that involves reimagining Columbia’s Public Safety or dismantling police departments nationwide. But it has also been met with a litany of objections that above all, raises the question: “How will we deal with crime in a society without police?”

This question sidesteps one of the most central aspects of the abolitionist critique: namely, that most of the things considered to be “crimes” by our society should not be criminalized at all. One of the demands put forward by 8toAbolition, an abolitionist platform proposed in response to #8CantWait, calls for repealing laws that criminalize survival and decriminalizing all misdemeanor offenses. Targeted laws include those that criminalize survivors of gendered violence, sex work, the use and sale of drugs, and the occupation of public spaces, which are used to target people experiencing houselessness. These reforms alone would immediately eliminate over 90 percent of the cases that are currently processed in the criminal justice system. Eliminating cash bail would also enable the immediate release of the 470,000 people who are currently imprisoned without ever having been convicted of a crime.

But the objection to police abolition also points to another common misunderstanding of what the words mean. Too often, people assume that abolition is only about tearing down or dismantling the existing structure.

Yes, it’s certainly true that we want to dismantle oppressive institutions like the police and prisons. But even more important is the positive vision that abolition puts forward. We want to build up the structures in our society that will render police and prisons obsolete. This means setting up structures of restorative justice and fighting for a society where the needs of all human beings are met. In such a society, acts of interpersonal violence would be considerably reduced, and communities would be much better equipped to respond to any acts of violence that do occur in a way that is equitable, responsive to trauma, and receptive to the needs of everyone involved.

This is why 8toAbolition and many other organizations call not only for defunding police, demilitarizing communities, removing police from schools, and freeing people from jails and prisons. They also advocate for community self-governance, safe housing for all, and investment in social programs like healthcare, trauma centers, drug treatment programs, education, childcare, food banks, public transit, and youth programs.

These demands highlight what, in our view, is the inseparable connection between abolition and socialism. Police and prisons in the United States have always been used as a tool to prop up the rule of capital, from their roles in the slave system to that of strikebreakers to their present-day roles in upholding racial oppression. We can’t create a better society without fighting against the institutions that have always helped maintain an unjust status quo. And, conversely, abolition will only be possible in a world where the vast majority of human beings are not only guaranteed their basic needs but also have a democratic say in the conditions that determine their lives—in other words, a socialist society. That is to say, socialism is impossible without abolition and vice versa.

Many policies that fuel policing and incarceration are implemented at the local level, making local organizing around abolitionist demands particularly important—whether on the citywide level, in the case of the Defund NYPD campaign, or in the context of a school or college campus. Columbia is a particularly important site for this kind of organizing, considering its long-term role in fueling gentrification and policing.

This past semester, Mobilized African Diaspora has been at the forefront of addressing Columbia’s role in perpetuating violence and oppression against Black students, workers, and members of the surrounding West Harlem neighborhood. This organization has proposed a set of demands that spell out exactly where Columbia must make changes in order to truly commit to anti-racist policies. These demands include fulfilling responsibilities to West Harlem through employment, affordable housing, education, and ending expansion; ending support for the New York Police Department; defunding Public Safety and investing in community safety solutions; “banning the box” from applications; and improving the academic environment for Black students.

These demands have been met with widespread support, with almost 1,500 students and hundreds of student groups’ signatures. Despite this support, however, the administration has continued to avoid any real commitments to address any of the demands. This response reflects a long-standing pattern when it comes to student demands for community resource allocation. Two years ago, undergraduate students occupied Lerner Hall after the administration rejected a series of demands put forward by No Red Tape for a 24/7 rape crisis center, healthcare center, and 24/7 access to Counseling and Psychological Services. To this day, none of those demands have been met, despite the increased need for emergency healthcare and mental health services due to the pandemic, as well as the need for further support for survivors following a drastic rollback of Title IX protections in September.

The common thread here goes beyond just an institutional prioritization of profits over people. Just as government institutions continue to turn to policing rather than assure that all communities have their basic needs met, the University continues to rely on Public Safety and the NYPD to address situations that require structural fixes, like expanded physical and mental health resources that center survivors and people of marginalized identities. Policing-based fixes cannot address these underlying requisites for safety on campus; rather, they introduce a new source of danger that disproportionately threatens Black lives.

Imagining a campus that provides safety and care to Black students and community members necessitates dismantling the interconnected structures of white supremacy, carceral systems, and capitalism. As long as the University continues to pursue expansionary projects at the expense of Harlem neighborhoods, it will continue to fuel policing and racial injustice off campus. As long as University administrators follow austerity-based approaches that direct funds away from community safety solutions and toward a Public Safety force, Columbia will continue failing to provide a safe campus for Black students. For that reason, we stand in solidarity with these abolitionist demands and for a vision of a University that centers student and community decision-making, and where the safety, health, and well-being of everyone is truly guaranteed.

Becca Roskill, SEAS ʼ22, and Emmaline Bennett, TC ʼ22, are organizers with the Columbia-Barnard Young Democratic Socialists of America. Their column, A Spectre Haunts Columbia, runs biweekly on Tuesdays. They encourage you to support Mobilized African Diaspora’s organizing against anti-Black racism on campus and throughout West Harlem by signing this petition and calling upon University President Lee Bollinger to take action on its demands.