“I thought I was immune,” says Santa Claus, superspreader

“I thought I was immune,” says Santa Claus, superspreader 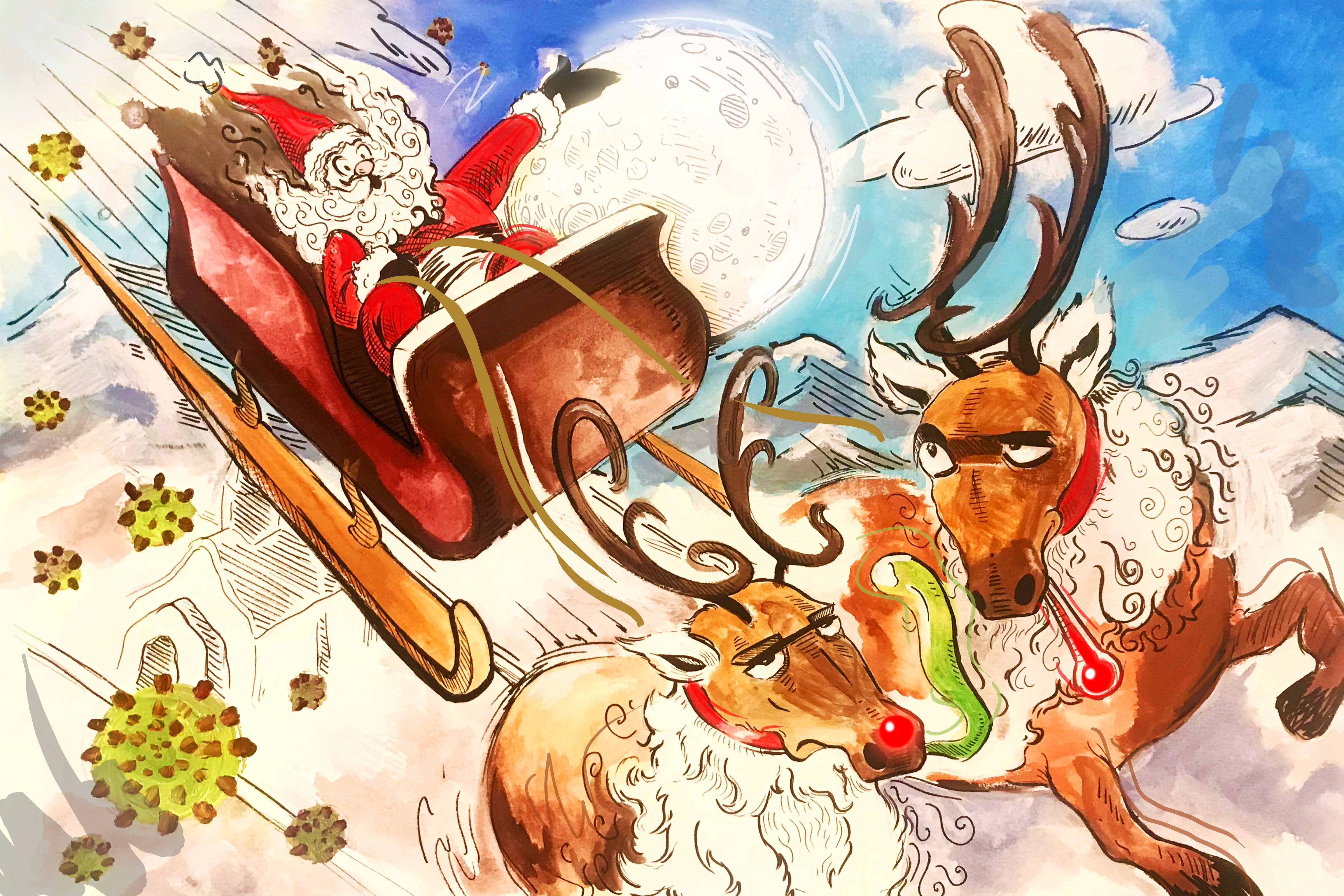 In what would come to be known as one of the largest superspreader events of 2020, on the night of December 24, a man later identified as Santa Claus reportedly entered the homes of billions, unmasked.

The perpetrator, who sources close to him say also goes by the name “Saint Nicholas,” or in certain circles, “Kris Kringle,” reportedly believed himself to be immune to the coronavirus.

Claus conceded that infecting the homes of billions with the novel coronavirus was not what he had initially intended by “spreading Christmas cheer.”

“A lot of us were very clearly showing symptoms before the trip even began, but he didn’t seem to care,” lamented Mr. Rudolph The Red-Nosed Reindeer. “He was like, ‘Your nose is always red.’ And I was like, ‘I literally have a 103.3 degree fever.’”

And yet, in the face of Centers for Disease Control and Prevention guidelines encouraging limited travel, especially during the holidays, Mr. Claus decided to ignore all warnings and proceed with his plan of traveling across the globe overnight, without any personal protection equipment or testing.

“He kept going inside people’s houses and eating the cookies, and he’d be like ‘These taste like shit,’” provided Mr. Rudolph. “And we’d be like, ‘You have lost your sense of taste and smell because you are infected with SARS-CoV-2.’”

“We tried to get him to go the contactless delivery route,” one of Santa’s top elves said. “I mean, it’s practically designed for that with the chimneys and all. But then he was like, ‘Shut the fuck up, you libtard.’”

“Yeah,” said the head elf while shaking his head, “He really started to spiral once he started watching Tucker Carlson.”

Venice Ohleyer is a “senior” at “Columbia College” studying “creative writing” and “film and media studies”. The Invisible Hand is a satire column that runs bi-weekly. Venice can be reached at venice.ohleyer@columbia.edu or found on Instagram or Twitter.