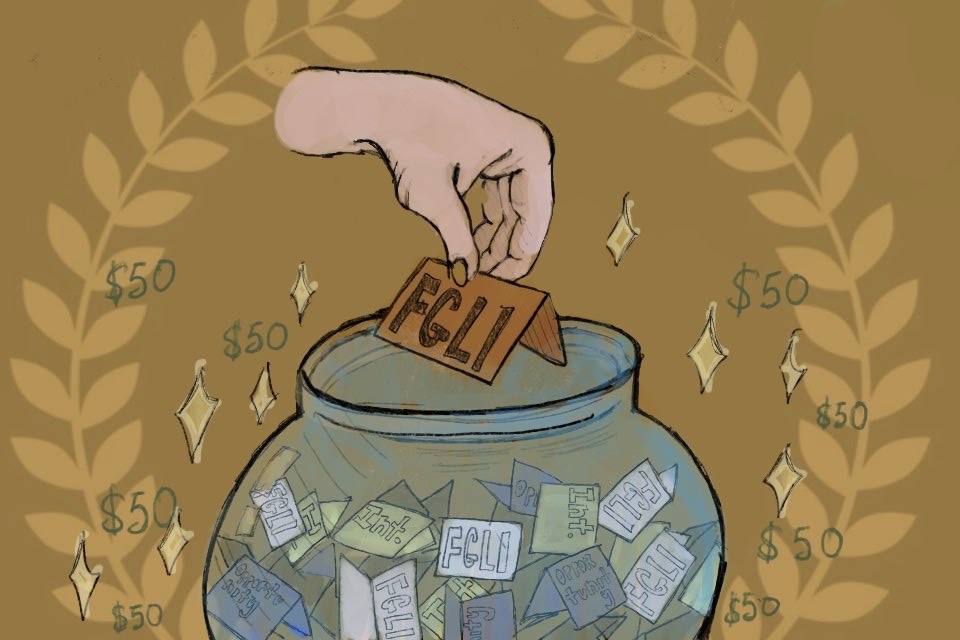 A few weeks ago, I received an email from Access Barnard’s email list inviting me to the initiative’s virtual Friendsgiving events. Each of the three virtual meals was for a specific group of students that Access Barnard supports: first-generation low-income students, Barnard Opportunity Program students, and international students. This was one of the many concentrated efforts the Barnard administration has made this semester to foster the sense of community and belonging that we otherwise would (allegedly) have had if we were all on campus this fall. Since we are nearing the end of the semester, and almost everyone is completely tired of Zoom and school, Barnard needed some way to draw students to the event. Access Barnard’s grand idea? Raffling off a $50 grocery gift card for students who attended.

One could argue that raffling off a $50 grocery gift card to a group of low-income students is a step in the right direction. It is practical and would meet the needs of the handful of students lucky enough to win the drawing. In Access Barnard’s own words, the students that it is supposed to serve are more likely to experience food insecurity than the general student body and may “find [themselves] unable to pay for groceries.” But students’ ability to pay for basic needs like groceries should not be left up to chance.

It is worth noting that the overwhelming majority of events that I attended while on campus provided food. Whether it was a board meeting, a ceremony, or a speaking engagement, food was used to increase attendance. Attending a college as expensive as Barnard is a sacrifice for most people and their families, so deciding to eat a free catered dinner at an on-campus event instead of using a meal swipe is an enticing offer—even if you are not a low-income student. However, this is in no way comparable to what Access Barnard did. Providing a meal to create a welcoming atmosphere at an event is not, and will never be the same as saying, “we know you’re hungry, and if you do what we want, you might get to eat.”

When Access Barnard was launched at the start of this academic year, it was one of the first times I remember seeing Barnard take a concrete step toward dismantling the many barriers inhibiting students such as myself from successfully learning and living. The Supplemental Academic Support Application is now available, which allows students to request the things they need in one simple form instead of running to the financial aid office in between classes to beg for money for a winter coat. By recognizing this need and creating this initiative, Barnard made a statement—it was committing to making life a little easier for the many FLI, Barnard Opportunity Program, and international students on campus. However, it is becoming increasingly clear that its interest in maintaining the illusion of community supersedes its willingness to allocate resources to students in need.

The insensitive raffle is only one example of what happens when attempting to rectify issues that their own policies and environments create. If Access Barnard is actually going to attend to the needs of low-income students, Barnard cannot rely on the same methods it has been using forever to solve its problems. We have seen countless times how ineffective tactics like establishing committees and holding community discussions are in actually improving conditions for marginalized students on campus. As a new initiative, Access Barnard has the chance to retire these methods and be innovative. Instead of a Friendsgiving to force community among students who have nothing in common other than either being low-income or not being from the United States, why don’t they just give everyone a gift card for groceries?

Lack of access to healthcare, food, and technology, along with a multitude of other problems that students are facing, did not just become problems when we left campus in March, and they will not be going away once we return. I am not asking Barnard, or any institution, to solely take the blame for systemic issues within our country. However, Barnard is accountable for not only righting the wrongs of the past but also creating new policies and initiatives that are fully attentive to the needs of low-income students. If we are going to be admitted and told our full “demonstrated” financial need will be met, Barnard is accountable for fulfilling its end of the bargain and truly listening to and providing for its students. I’m not even asking for much—I promise my weekly groceries cost less than Roxane Gay’s honorarium.

Elizabeth Burton is a senior at Barnard. As she nears the end of her college career, she is incredibly grateful to have had the delightful experience of being Black and low-income at an Ivy League school. If you would like to offer congratulations, support, or reparations, she can be reached at emb2288@barnard.edu or @ELlZABETH99 on Twitter.