A case for relocation

A case for relocation 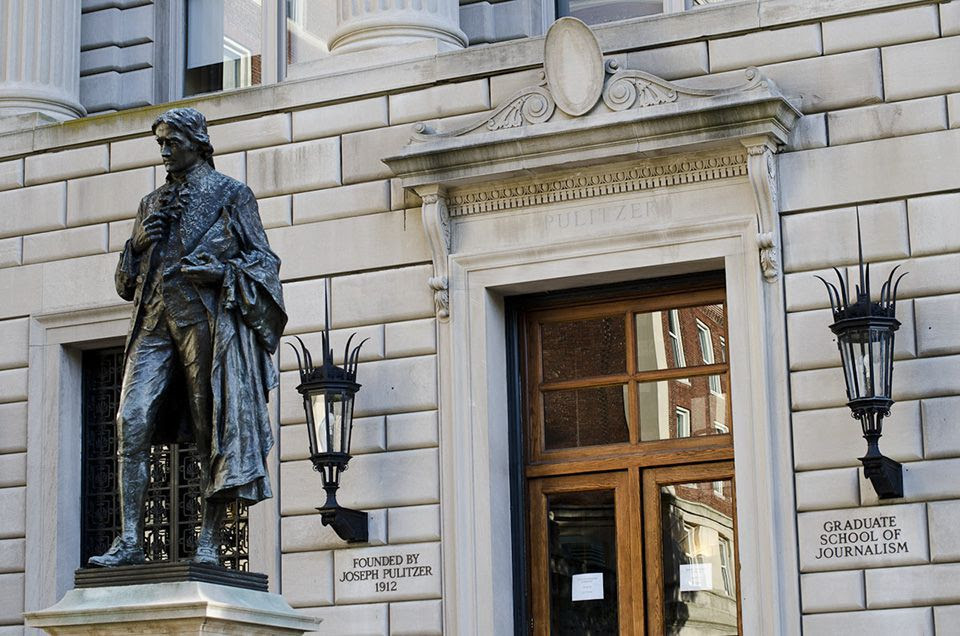 On June 4, 1914, Columbia unveiled a statue of Thomas Jefferson in front of the Graduate School of Journalism. A gift “to the city” from Joseph Pulitzer—the namesake of the school and the esteemed prize in literary arts—the statue represented, to University President Nicholas Murray Butler, the perfect ideological and spatial complement to the statue of alumnus Alexander Hamilton, which was unveiled in 1908.

Butler believed the Jefferson statue embodied the spirit of “free inquiry” that was best exemplified by debates between opposing factions of American founders. The area in front of a budding world-class journalism school was perfect for the memorial to the pen of the American Revolution that created the Declaration of Independence; it was perfect for the celebration of American liberty and its progenitor.

Paying homage to recently rekindled movements of global decolonization like Black Lives Matter and Rhodes Must Fall, I argue otherwise: that the public memorial of Jefferson represents a celebration of American hypocrisy and that we ought to relocate it into the Buildings and Grounds Collection of the University archives to—as proponents of keeping Confederate statues say—preserve history. I urge you to consider what University Professor Saidiya Hartman would call the “hidden, masked, or erased histories” surrounding the Jefferson statue, so that you may process why so many members of the University and city communities have found, and continue to find, it so invidious.

First and foremost in making the case for the statue’s removal are the Black and Native lives eclipsed by memories of Jefferson, particularly the hundreds of people he enslaved, like Lucy Cottrell and Eston Hemings, as well as those who resisted Jeffersonian dispossession of Native lands like Menawa and Tecumseh. A public celebration of Jefferson represents, among other things, the erasure of their lives, which renders the statue’s coexistence with the memorial to the Lenni-Lenape on-campus ludicrous.

Another important and relevant thread is the history of voting, slavery, and colonization subordinated by the celebratory narratives of Jefferson. Ratified in 1788, the three-fifths clause of the U.S. Constitution gave slaveholders weighted votes proportional to the number of people they held in bondage. Jefferson’s victory in the 1800 presidential election partly or entirely owed itself to this “constitutional calculus” that, through the vote, admitted the humanity of people otherwise defined by law as property. Moreover, the Louisiana Purchase that paved the way for generations of state-sponsored land theft handed Jefferson another victory in the 1804 presidential election.

Jefferson’s own theories of racial difference prove the myth of his conception of universal liberty. He wrote in his Notes on the State of Virginia that “griefs are transient [for Black people]” and that the “numberless afflictions, which render it doubtful whether heaven has given life to us in mercy or in wrath, are less felt, and sooner forgotten with them.” He knew of the violence, the “numberless afflictions,” lived by those enslaved, yet he genuinely thought they did not feel. As the abolitionist David Walker reminds us through his Appeal from 1830, these assertions by “one of the greatest characters as ever lived among the whites” did not simply “pass away into oblivion unobserved by this people and the world.”

Indeed, the nascent scientific racism of the nineteenth century and the more fleshed out theories of racial hierarchy in the early twentieth century carried with them the imprimatur of Jefferson. It is no secret that many race theorists and eugenicists originated from Columbia. Take, for example, the Dunning School of Reconstruction historiography, which legitimized the idea that slavery, and later Jim Crow, represented a modus vivendi that ensures the separate and peaceful coexistence of Black and white Americans.

Owing to the University, so many white supremacist thinkers enjoyed an outsized influence upon the world and we must recognize that the memorial to Jefferson signifies our complicity in the illusion of exceptionalism and equality they popularized. It signifies the tenacity of systemic racism; how Columbia has been—in the words of poet and disillusioned alumnus Langston Hughes—”anti-N-gro in the American way.”

Furthermore, think of the statue’s place in what philosopher Gaston Bachelard calls the dialectics of outside and inside, in this case outside and inside the campus space. Recognize that “profound metaphysics … rooted in an implicit geometry [of in and out] … confers spatiality upon thought … [how] simple geometrical opposition becomes tinged with aggressivity ...incapable of remaining calm.” The statue fortifies the historic and racist spatial dualism of Harlem-Columbia and vice versa. Had it existed outside Columbia in city spaces predominantly accessed by people of color, I doubt it would have enjoyed 106 years of standing.

The ultimate reason why the statue’s presence is invidious, however, is not because the University has kept it despite blatant manifestations of racism within University walls like the Klan supporters’ cross burnings on Furald lawn or the historical praise of The Birth of a Nation by Journalism School professors; rather, it is because the statue fails to illuminate the countless, real achievements in human liberty and equality, many by Columbians, that have accumulated since Jefferson’s, or even the statue’s, time. We must think alternatively and decide who could be celebrated in Jefferson’s place without the blemish of hypocrisy.

To start the conversation, I end this piece with two suggestions. First is Frederick W. Wells, a Black law student who valiantly kept his ground in Furnald Hall in 1924, when men dressed as Klansmen burned a cross in protest of his co-residence with white classmates. His resistance and life in fighting housing insecurity undoubtedly deserves our remembrance.

Another example is Phyllis Garland, the late professor of the Journalism School, whose career covered a wide range of topics from the March on Washington to jazz and soul. Her deep commitment to sharing knowledge with others, her trailblazing career in reporting of the arts, and heartfelt influence upon the students of the Journalism School warrant our celebration of her life.

As such, let us stop waiting and remove the statue so that we may begin resisting hypocrisy.

Tommy Song is a research assistant at Columbia University and the Gilder Lehrman Institute of American History. He received his bachelor’s degree in history and political science this May from Columbia, where he was a part of the Columbia University & Slavery project. Upon the publication of an op-ed by Stefan Sykes, a recent alumnus of the Journalism School, Song started a petition for removing the statue of Thomas Jefferson before he graduated.