A tuition strike for a democratized university

A tuition strike for a democratized university 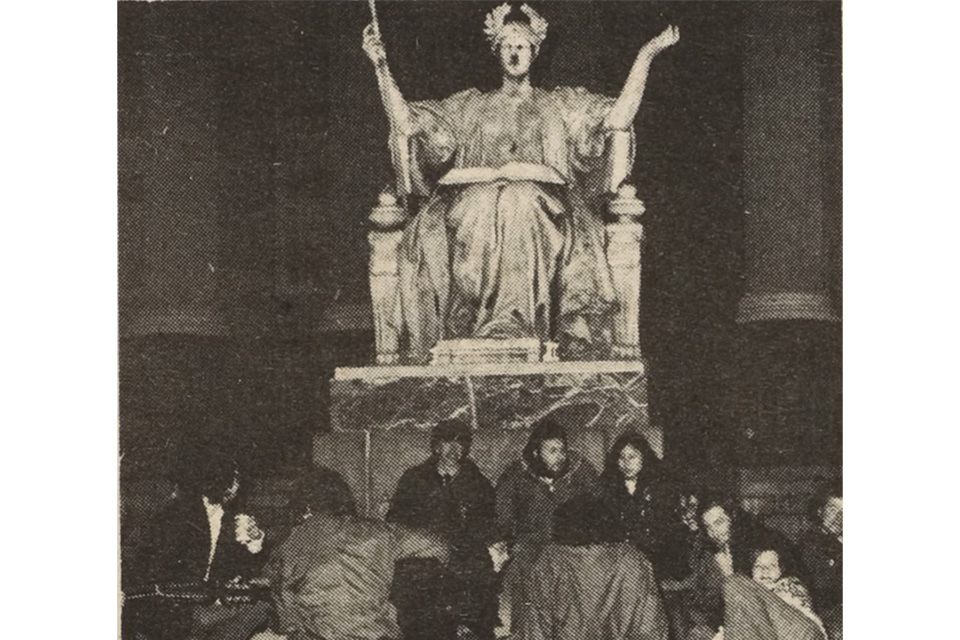 Columbia students are organizing the largest tuition strike in U.S. history. In the past two weeks alone, over 3,000 students have joined the effort, and the number of committed strikers continues to grow rapidly. But it’s not just the sheer scale of the tuition strike that makes it so unprecedented—it’s also the nature of the demands themselves.

Previous tuition strikes, like the 200 students at the University of Chicago earlier this year, or the 2,500 students at the University of Michigan in 1973, were focused solely on demands for tuition reduction. The Columbia tuition strike, on the other hand, is about not only lowering the cost of attendance, but also giving students more of a say in how University revenue is spent: whether those funds will go towards guaranteeing decent wages and benefits for instructors and workers, giving decent financial aid to students, and providing meaningful benefits to the surrounding community that has been so damaged by Columbia’s expansion; or whether those funds will be spent on more multi-billion dollar expansion projects, the Public Safety budget, and investments whose sole purpose is to increase Columbia’s $11.26 billion endowment.

The groundwork for the tuition strike was laid by many different student movements at Columbia, some of them stretching back decades. For instance, one of the core demands of the tuition strike is that “Columbia must commit to complete transparency about the University’s investments and respect the democratic votes of the student body regarding investment and divestment decisions.” This demand represents the culmination of decades-long divestment organizing at Columbia.

Many of these divestment movements have been enormously successful and have paved the way for other universities to follow suit—divestment from South African apartheid in 1985, divestment from private prisons in 2015, and partial divestment from fossil fuels in 2017 are just a few examples. Most recently, Columbia University Apartheid Divest has been organizing for the past four years over divesting from companies that profit from the oppression of Palestinian civilians. This culminated in two student referendum votes, first at Barnard in 2018, and then at Columbia College earlier this semester, in which roughly 1,000 students at each school voted to divest, only to be dismissed by the administration. Similarly, Barnard and Columbia College students voted in 2016 and 2018 in favor of full fossil fuel divestment and carbon neutrality, but both administrations responded only with partial divestment, an inadequate measure to address the climate crisis.

Struggles against gentrification have even deeper roots at Columbia—one of the key catalysts of Columbia’s 1968 protests was student opposition to the proposed construction of a segregated gym facility in Morningside Park. Starting in 2003, student groups like the Coalition Against Gentrification and community groups like the Coalition to Preserve Community opposed the construction of the Manhattanville campus, which cost Columbia $6.5 billion and displaced thousands of working-class Black and Latinx residents. Most recently, Mobilized African Diaspora released a petition with a detailed set of demands outlining how Columbia can start to repair the harm that it has done to the surrounding community and address other aspects of institutional racism in its policing, admissions, faculty, and curricula. Despite MAD meeting with the administration, Columbia has failed to meet any of its demands.

Finally, graduate workers and contingent faculty members have struggled for union recognition and decent contracts for over a decade, with strikes in 2004, 2018, and 2020, first over union recognition, and then over emergency demands due to the COVID-19 pandemic. Today, graduate workers continue to struggle over demands relating to healthcare, wages, union recognition for master’s and undergraduate student workers, international student protections, and real recourse for harassment and discrimination. So far, the University has yet to meaningfully address all of these demands at the bargaining table.

In all these movements, students have gone through all of the proper channels: We’ve circulated petitions with support from the majority of students and instructors, passed student referendums by large majorities, and set up meetings and bargained with administrators. And yet, our demands remain unaddressed. A tuition strike is the only possible way we can make our voices heard as students.

While the strike began as an effort to put pressure behind demands for reduced tuition and increased financial aid, it has become clear that the 3,000—and counting—students committed to this movement support a complete reimagination of Columbia’s institutional priorities. Students are frustrated by the University’s unresponsiveness, not only to tuition- and aid-related demands but also to broader demands over how Columbia should be spending its vast financial resources.

By pledging to withhold spring semester tuition and post-graduation donations, students across Columbia schools are exerting power through one of the most potent tactics available to us—compromising the major revenue streams that fund the University’s immense wealth. The University has made it clear that outside the circle of high-ranking administrators, community members will not be afforded any say in major institutional decisions.

If we want to see our priorities as a student body reflected in Columbia’s institutions, we will need to put up a fight. We must meet the University’s inaction with deep solidarity. The demands of the tuition strike put forward a vision of establishing institutional structures to hold the University accountable to the needs of its community members. Recent history has given administrators their shot at making meaningful reforms toward a campus that will work for students, workers, and residents alike. It’s time to bring these conversations out from behind closed doors and follow the lead of local coalitions that reflect the communities most impacted by the University’s decisions.

The tuition strike is not only a struggle for a democratized University, but also a struggle against austerity. The administration will always try to pit students against workers, telling us that reduced tuition, increased aid, and increased benefits for the Harlem community will come at the expense of instructors and other campus workers. But we know that an institution with an $11.26 billion endowment that grew by $310 million during the pandemic alone, where top-level administrators are paid $4.6 million a year, has more than enough to go around. Columbia’s net income has ranged from $315 million to $1.12 billion in the past few years, substantially more than the approximately $150 million loss in revenue a 10 percent tuition reduction would entail. Additionally, the University has $814 million in cash on hand and $3.7 billion in resources that can be used for unexpected costs. According to Columbia’s 2020 financial statement, $7.2 million of the endowment has no donor restrictions whatsoever.

When institutions possess such vast financial resources, it is utter misinformation to claim that relieving the economic burden on students will have to come at the expense of staff and salary cuts for instructors and workers. We know that Columbia can afford our demands, so now it’s time that we as students stand up for what’s right. Over 3,000 of us are prepared to take collective action on behalf of these demands and in support of our fellow students who are burdened with debt, our instructors who are struggling to pay rent, and the New York residents who have been harmed by Columbia’s expansionary practices. This is a fight we all have a stake in.

Emmaline Bennett (TC ’22) and Becca Roskill (SEAS ’22) are organizers with the Columbia-Barnard Young Democratic Socialists, the group that initiated the tuition strike. Their column, A Spectre Haunts Columbia, runs biweekly.

To respond to this column, or to submit your own op-ed, email opinion@columbiaspectator.com.