The Columbia Climate School must engage the public

The Columbia Climate School must engage the public 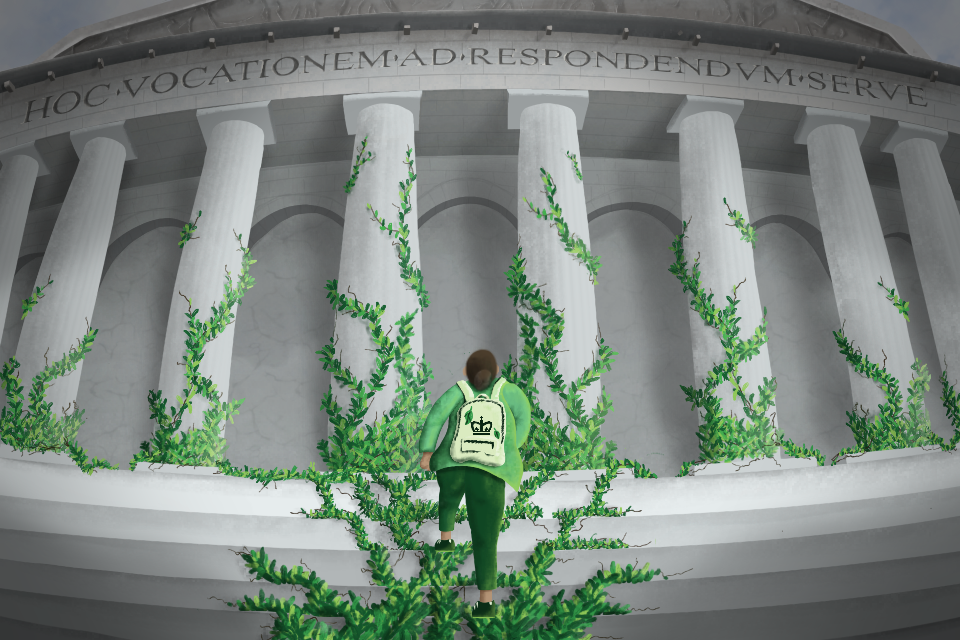 On July 10, University President Lee Bollinger announced the opening of the Columbia Climate School. He based the decision on Columbia’s commitment to public life, writing: “We are not free to ignore the issues of our age and pursue whatever we want. We are ultimately responsible to our societies and the world. To that end, we must answer the call to serve.”

This sentiment aligns with that of the new Biden administration. Specifically, President Joe Biden plans to create a White House National Climate Council and formulate a fiscal climate policy promoting regulations that reduce carbon emissions. However, Columbia’s good intentions will fall short of broadening support for progressive environmental policies if it only improves the expertise of elite individuals who are already convinced about the need for such policies. If Columbia truly sees itself as “responsible to our societies and the world,” the Climate School must address an audience beyond aspiring public policy experts: the skeptics.

A 2020 survey by the Yale Program on Climate Change Communication illustrates the extent to which many still do not consider climate change a salient issue: 47 percent of respondents believed global warming poses little to no threat to them, and only 56 percent responded that a presidential candidate’s views on global warming would be important to their vote that year. These survey results suggest that many American adults are apathetic about climate change, a phenomenon that our national security apparatus has labeled a “threat multiplier.”

The new policies of the Biden and Columbia administrations are admirable, but our government and institutions of higher education must be reorganized to tackle climate change. However, the current approach, especially on Columbia’s part, won’t do much.

As of January, the Climate School has announced one degree, a Master of Arts in Climate and Society, alongside plans to develop new doctoral programs. This degree is geared toward training “professionals and academics” to understand the impacts of climate change. In essence, the programming of the Climate School is catered to the highly-educated, elite community of Morningside Heights. Does Bollinger really believe this constitutes a commitment to service?

After a review of the Climate School’s website, I was unsure what kind of public programming, partnerships, or scholarships the school provides. Perhaps the current Climate School offerings were driven by the same motives of “want” that Bollinger warned against. Beyond the Master of Arts program, the other Climate School offerings will be pay-to-play non-degree programs for high school students and educators—that is, if you can afford to participate. Fees are listed at $1,199.99 (a discounted price), with no publicly available scholarships.

Many might think that the role of an elite institution like Columbia should be to shape the next generation of leaders who will eventually effect change with expertly crafted policies and research. However, it’s questionable whether this strategy is the best approach to convince a public who is weary of experts.

A strategy of only reproducing experts is insufficient. The climate crisis requires dialogue with the general public, including skeptics. If guided by the right intentions, the Climate School represents an immense opportunity.

It won’t be easy to change climate change skeptics’ minds, especially when opponents of climate change see it as a political issue rather than a scientific one. Political debate undertaken with the goodwill to hear the other side is scarce. Even then, I’ve ended many such conversations with the feeling that the other side continued to engage only to prove the righteousness of their opinion. Meanwhile, the modern Republican Party has capitalized on a highly polarized media ecosystem with little accountability for misinformation to perpetuate the false notion that climate change is a hoax. With the filibuster intact, Biden’s power to enact transformational environmental policies remains hamstrung.

The University’s responsibility to address climate change is all the greater because of this gridlock. It’s only been a little over six months since Bollinger announced the creation of the Climate School. In good time, the Columbia administration may prove my doubts misplaced. Until then, I believe the American public deserves more from Columbia, an institution with the resources to establish effective strategies for engagement.

Jacob Mazzarella is a senior in the dual bachelor’s program between Columbia and Sciences Po Paris majoring in political science. This semester, Jacob will be writing about the intersection between Columbia campus life and public policies with a particular interest in the gap between the intentions of institutional policies and their impact on individuals. When away from his laptop, Jacob is usually in Central Park, camera in hand. Feel free to contact him at jbm2184@columbia.edu with tips or your favorite English Premier League highlight reels: no goals scored against Arsenal F.C. Jacob’s column “Columbia in the World” will run on alternate Thursdays.