Ask us how we feel, not what we think

Ask us how we feel, not what we think 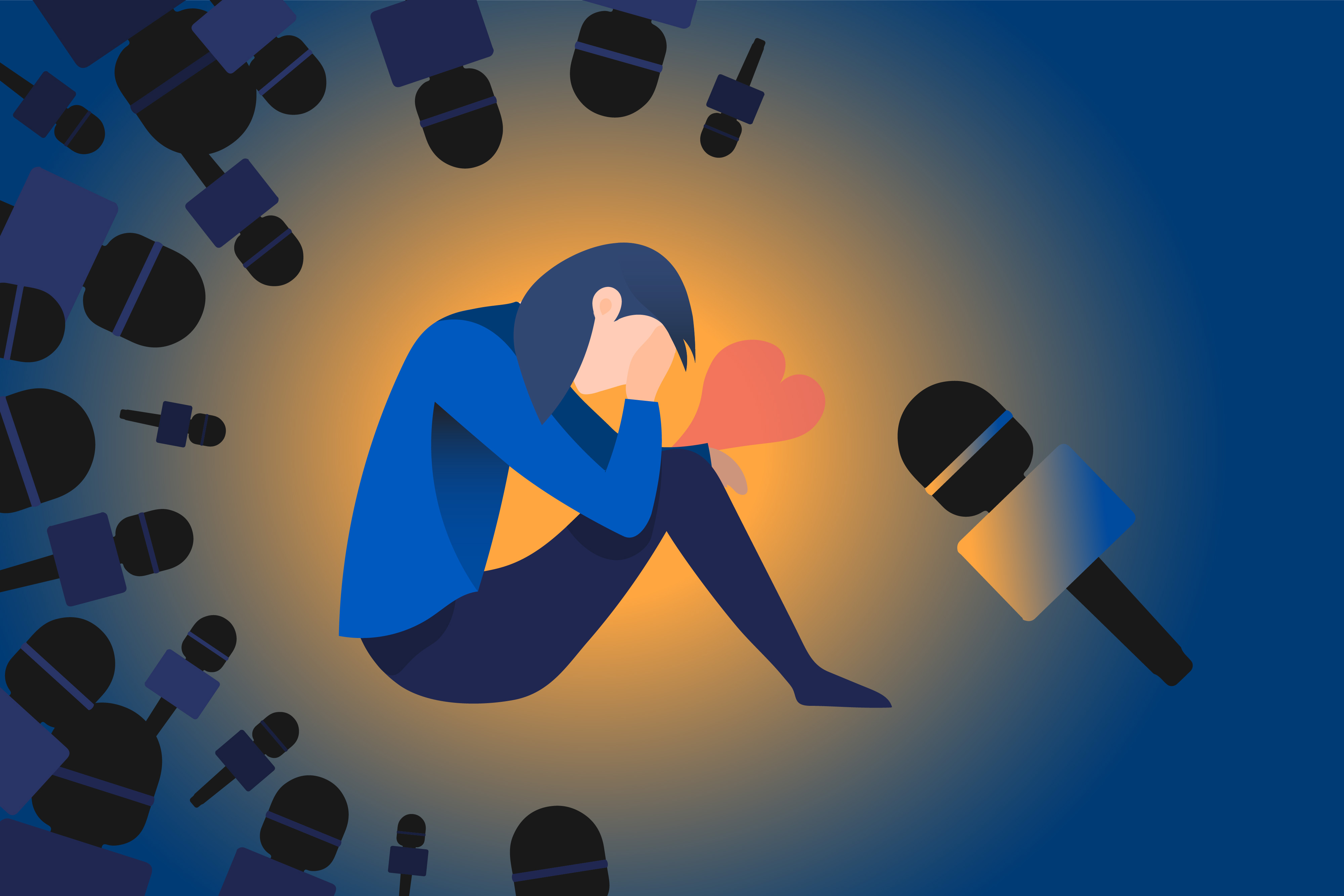 It has been about two weeks since the pandemic’s one-year anniversary in the United States. This past year, we have watched as anti-Asian hate crimes across major U.S. cities rose 150 percent. It has been about a week since a white gunman shot and murdered Soon Chung Park, Hyun Jung Grant, Suncha Kim, Yong Ae Yue, Delaina Ashley Yaun, Paul Andre Michels, Xiaojie Tan, and Daoyou Feng.

In the wake of the Atlanta shootings, we are watching our nation understand the consequences of a year filled with inflammatory rhetoric against Asians, blaming and equating them with COVID-19. We are watching our nation recognize the historical depth of its own racism against Asian Americans and discerning how legacies of the “model minority” myth, hypersexualized media representation of Asian women, discriminatory immigration history, and U.S. imperial wars in Asia compound and climax. It seems only now our nation is starting to see the larger picture: racism and discrimination against Asians and Asian American Pacific Islanders did not start and will not end with the pandemic.

Despite the outpouring of support in the immediate days after the Atlanta shooting, we are scared. Exhausted. Angry. Numb.

The “we” that we speak as does not claim to be representative of how all Asians at Columbia are feeling, because how could it? We are student leaders of a few Asian cultural clubs on campus. We are largely Asian women. And recently, we’ve been asked a lot about what we think about the violence.

What we think about the violence is what any decent person would think. Our hearts are broken by yet another mass shooting in this country. Yet, we are unsurprised it looked the way it did. Again and again we are asked what we think, what diagnoses and solutions we propose. But right now, we cannot offer that; so instead, we offer you how we feel.

When news of COVID-19 began to spread last March, we were angered by messages written on Butler Library blackboards where someone had used broken Chinese characters, likely copied off of Google Translate, to write “Wuhan virus isolation area,” adding “keep out” underneath in English. For months, we heard news from friends and family in Asia of a rapidly spreading virus and were taken aback by the flippant responses of our classmates who threw COVID-19 parties when school was canceled. Then, we were sent home and our anger was buried in our childhood bedrooms.

When we see videos of Asian elders being pushed, beaten, or stabbed on the street through Instagram—rarely major news outlets—we worry about our grandparents, our relatives, and our neighbors. We feel angry about the perception of Asians as submissive and meek. We imagine ourselves as the victims. And instead of thinking about the injustice of being assaulted, we feel guilty about the possibility that our body’s fight or flight response might cause us to freeze or run away, that we might perpetuate perceptions of Asian docility.

Bombarded with video footage of anti-Asian hate crimes in New York City, we feel unsafe. We hear that a man urinated on a 25-year-old Asian woman on the F train, so when we walk alone, we walk in paranoia, feeling our pockets for sharp keys and tracing our bags for heavy metal water bottles to deploy if needed. We hear an elderly Korean woman approached two Barnard students at the 116th Street station. She had been assaulted, and the two students took her to the hospital. We hear this and we locate stores that sell pepper spray in Manhattan, forwarding the address to our friends and our friends’ friends.

When we heard the Atlanta shooter drove to three Asian-owned spas across 27 miles and murdered to quell his “sexual addiction,” we felt our insides crack. We were reminded of first-year fraternity parties where guys voiced their Asian fetish so nonchalantly that it blended into the music and hovered unquestioned.

As students, we are exhausted from a year of Zoom education, of staring at a screen, and of our world simply moving on while overlapping racial, economic, and medical crises collapse the communities around us. We are angered by others’ silence on social media, we are saddened when our non-Asian friends don’t check in, and we are disheartened when so few professors take time from their classes to address us. As club leaders, we are overwhelmed as we try to lead and support others when we ourselves are not done processing.

Our organizations are safe spaces for collective joy, reflection, and celebration of the broad spectrum of Asian identities and cultures who call the United States home. We create these spaces with hope that Asians on Columbia’s campus feel seen and heard and so those adjacent to our communities might see and hear us. And right now, listen to us as we say, we are feeling a lot with simply not enough words to convey it all.