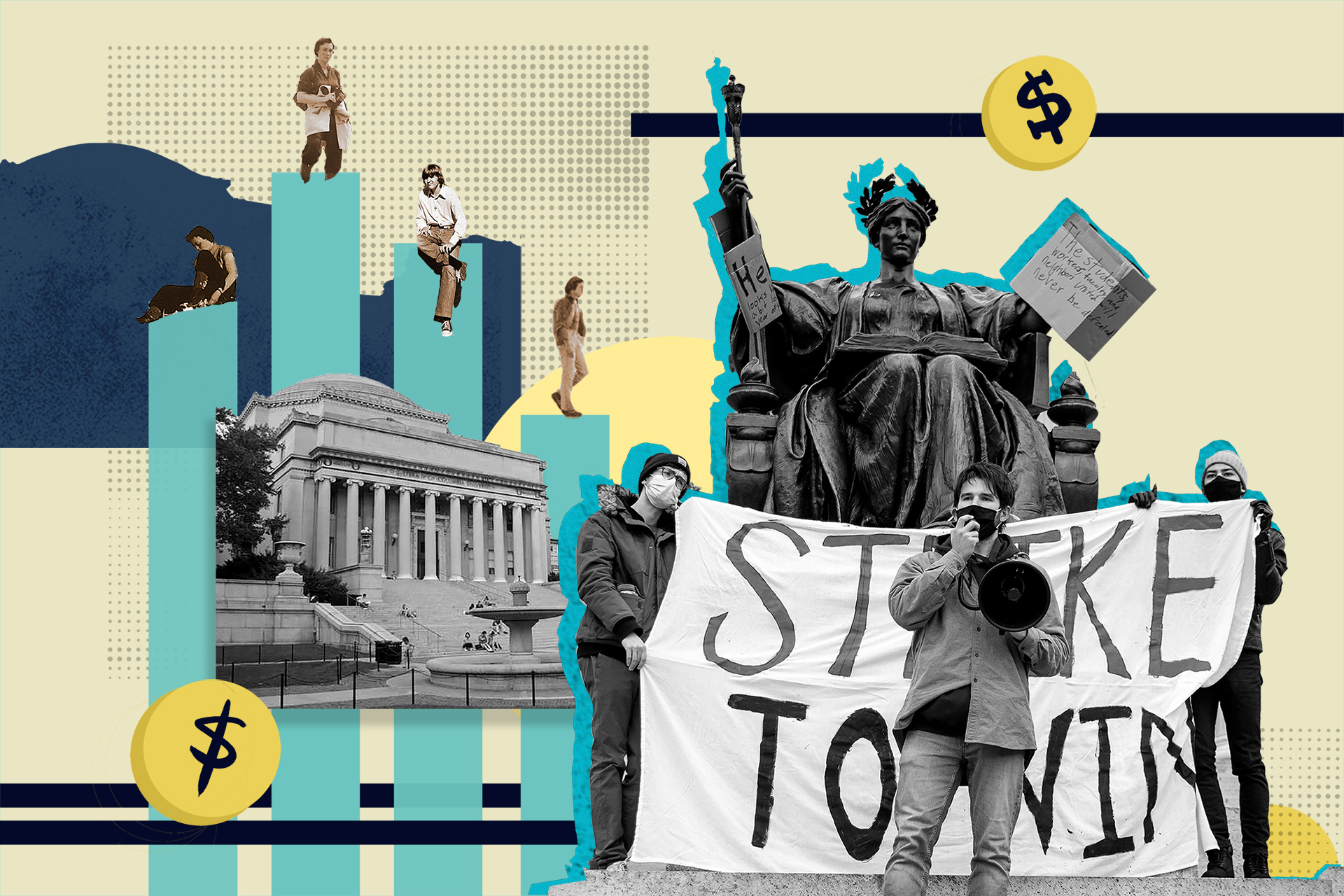 I admire the movement because I support its primary demand, a 10 percent reduction in tuition. It is merited and little to ask of the University. But I also feel profoundly pessimistic about the strike’s prospects for success, despite the extensive and supportive coverage it has received from major news outlets such as The Guardian.

The strike faces an obstacle that may prove insurmountable. This obstacle isn’t the Columbia administration. It’s something less tangible but ultimately more determinative, a social system too many people believe is unbroken: meritocracy. This most-American ideology promises that hard work reaps just rewards. However, colleges have abandoned this to fulfill the criteria of a model: The U.S. News & World Report college rankings. And the race to fill the criteria of this model, which excludes the cost of tuition, has empowered universities—specifically giving institutions like Columbia excessive bargaining power.

Because the U.S. News & World Report ranking maintains a powerful influence over demand for enrollment in American colleges, highly-ranked universities such as Columbia have been allowed to increase tuition without accountability. The criteria of the rankings don’t even focus heavily on academic excellence and instead heavily prioritize non-academic resources, justifying hyper-competitive spending between elite universities. Yet prospective students and parents continue to buy into the purported accuracy of the rankings and fork up tens of thousands of dollars, allowing Columbia to continue to demand exorbitant tuition from its students.

The issue of soaring college tuition is also an issue of larger social inequality. Yale Law professor Daniel Markovits recently coined the term meritocracy trap for the idea that meritocracy, rather than leveling inequality, actually exacerbates it. And, he writes, American higher education is the primary culprit in this problem.

The U.S. News & World Report ranking facilitates this trap by widening the disparity in demand between elite institutions and those meant to serve the public: state universities and community colleges. While colleges ranked in the U.S. News top 25 see a 6 to 10 percent annual increase in the number of applications, schools lower in the rankings struggle to meet funding and enrollment targets. Public higher education systems have been particularly hard-hit, with Pennsylvania having lost one-fifth of its enrollment in the past 10 years.

These disparities in enrollment create a self-fulfilling prophecy. As public colleges struggle to meet funding and enrollment targets, their rankings in U.S. News & World Report slide. Anxious parents and prospective students attribute slippage in rankings to real differences in quality of education or experience, however arbitrary the rankings might actually be. As a result, they accept ever-increasing tuition prices at elite universities and apply, believing they have no other choice.

Many students I know at Columbia College and the School of Engineering and Applied Science are proud of attending a school with a 5.3 percent acceptance rate. However, I think that this number should also be seen as a symbol of the system that the U.S. News and World Report created—a system that allows Columbia ironclad control over, and little motivation to enter, the bargaining process with YDSA as long as it has 60,000 prospective students seeking an education that costs $80,339 before aid.

From Columbia’s response to the YDSA strike, it seems the University will do little to alleviate the cost of tuition. After all, why should it? The U.S. News & World Report is a veritable cash cow for the University. However, this obsession with rankings has forced the University to be out of touch with its own students.

Instead of focusing on the experiences of students, the pursuit of high rankings forces the University to focus on quantitative measures like admission rate and post-graduation salaries. Meanwhile, the qualitative aspects of the student experience fall by the wayside. In addition to focusing on the cost of tuition, the YDSA should also pressure the University to take steps to address its relationship with the U.S. News & World Report.

Columbia’s YDSA and its sister branches at the other Ivies could lobby their colleges to cease providing information to the U.S. News & World Report. This move wouldn’t be unprecedented. In 2007, Barnard, alongside other liberal arts colleges such as Sarah Lawrence College and Kenyon College, withdrew participation from the U.S. News & World Report’s rankings, and in 2018 Stanford University stopped reporting its acceptance rate. Instead of focusing on the U.S. News & World Report rankings, prospective parents and students could look at more substantive information such as cost of attendance, the quality of alumni connections, class sizes, and opportunities to engage with faculty—information that provides a more accurate view into the student experience.

But I don’t think this will happen for the time being. Columbia knows its association with the U.S. News & World Report is a gold mine. Despite my pessimism, I’m glad the YDSA student organizers see through the social contract the rankings facilitate. They’ve taken the important first step of calling out a heavily skewed power dynamic between students and colleges.

However, if the YDSA really wants to see lower tuition at Columbia and universities like it, it must also recognize that unreasonably high tuition isn’t an isolated issue. America’s very conception of its universities is broken––we’ve fallen into the meritocracy trap.

Jacob Mazzarella is a senior in the dual bachelor’s program between Columbia and Sciences Po studying political science.