The test-optional revolution: What does it mean for the Ivy League’s next generations?

The test-optional revolution: What does it mean for the Ivy League’s next generations? 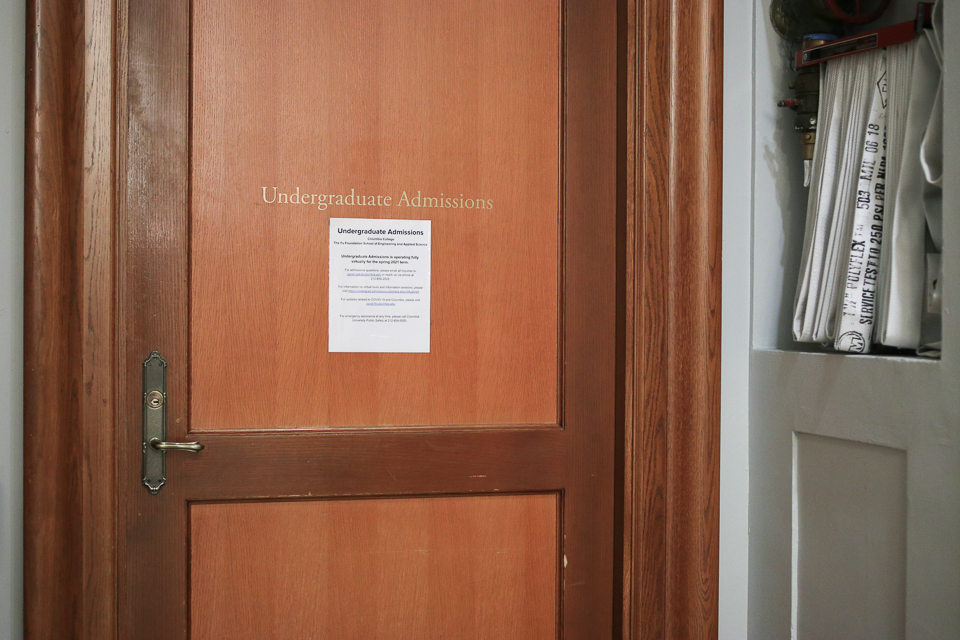 Despite the challenges of the coronavirus pandemic, the 2020-21 undergraduate application cycle featured an unprecedented 36.3 percent spike in Ivy League applications, with Columbia seeing a 51 percent increase. It is likely that Columbia’s record-low 3.7 percent acceptance rate was, in part, due to a decision by all Ivies except Princeton to make standardized testing optional this year. In a system where standardized testing costs range from $50 to $70, a harrowing expense for many low-income students, will this groundbreaking policy change inspire a long-overdue move toward increased admissions equity and diversity?

While Bowdoin College became the first U.S. college to eliminate testing requirements in 1969, the practice did not extend to top research universities until 2018, when the University of Chicago made the decision to go test-optional. The University of Chicago’s test-optional policy went hand in hand with its Empower program, a policy designed to expand financial aid through full-tuition scholarships for families earning less than $125,000. The program includes scholarships of $20,000 over four years, a guaranteed paid summer internship for all first-generation students, and scholarships for the children of police officers, firefighters, and veterans.

Within a year of implementing this program, the University of Chicago saw a 20 percent increase in enrollment of students identifying as first-generation and low-income, a 56 percent increase in students from rural areas, and a continued increase in African American, Hispanic, and Latinx students. Moreover, 10 to 15 percent of students in the class of 2023 did not submit SAT or ACT scores. While it is difficult to completely discern which policy is more responsible for these results, its short-term success in creating more diverse and equitable admissions is undeniable. With these striking results indicating that a permanent test-optional policy could create more equity in admissions, the University of Chicago set the precedent for what other top research universities, including Columbia, should push toward.

Admissions experts like Ginger Fay of Applerouth Tutoring Services have suggested that test-optional admissions benefit not only the student body but also institutions, as this policy results in more total applications which potentially leads to more international applicants—a population likely to pay full tuition. Compared to the 2019-20 admissions cycle, the number of international applicants to U.S. colleges and universities surged this year, increasing 28 percent from India, 22 percent from Canada, 37 percent from Pakistan, 23 percent from the United Kingdom, and 41 percent from Brazil. Many label this influx the “Biden bump,” referencing the more hospitable immigration policies of the Biden administration: During his first few weeks in office, the president issued eight executive orders associated with immigration, reversing many restrictive Trump-era policies. Given this new policy position, U.S. colleges and universities would benefit from more accessible application policies like becoming test optional, which has already yielded more globally equitable results.

Notwithstanding the benefits of a test-optional system, it would be naïve to assume that a lack of mandated standardized testing would eliminate the socioeconomic disparities of the college application process. From counselors to private writers, there are many legal ways families with higher income levels may help boost their children’s chances of getting into elite universities. These methods, although not as fraudulent as instances of bribery, such as in the 2020 college admissions scandal, still challenge the authenticity and merit of the admission cycle. The essay component of standardized tests were introduced for universities to be able to better evaluate students’ raw writing abilities, allowing schools to identify extreme drops in writing ability in cases of essay fraud.

In reality, however, up to 5 percent of admissions essays are fraudulent, but because admissions officers rely on potentially biased “gut instincts” to detect fraud, it is possible that they will disproportionately find essays and applications from low-income students suspicious. There are solutions like plagiarism detection software for essays through Turnitin which make it harder for the rich to mangle the application pool and fuel inequity, but admissions teams rarely use this software and often rely on speculation rather than concrete evidence to detect application fraud in essays. We can never know how much these “gut instincts” may perpetuate inequality when left without a standard of fraud detection.

Michaela Fleischer is a junior at Barnard studying English and dance and is a Copy trainee at Spectator. Sean Conlon is a sophomore at the School of General Studies studying political science and sociology and is an Opinion trainee at Spectator. They would like to congratulate all incoming students on their acceptance this year and wish them the best of luck on their academic journeys.