A history, if you can notice it

A history, if you can notice it 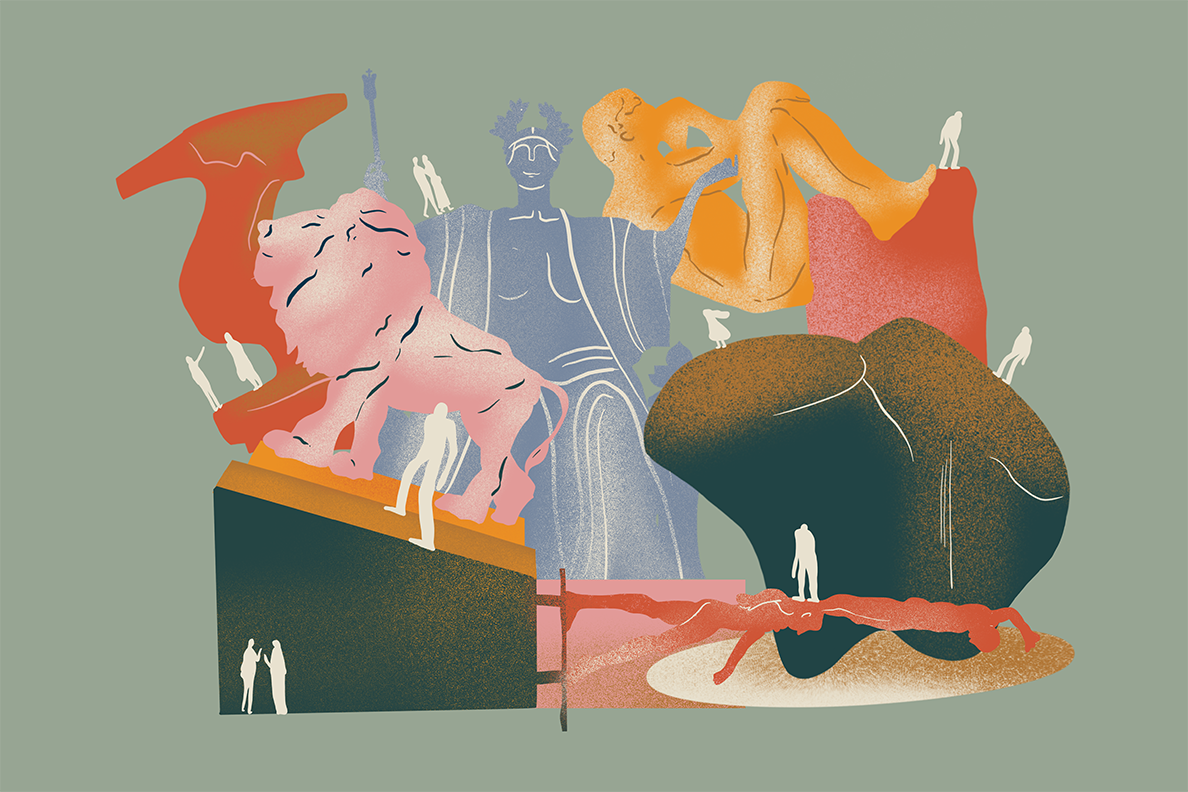 Whenever I walk across a campus, I stop to read the plaques that litter it. Sometimes I stare at statues, search up the people whom residence halls are named after, or read about the history of each building. Recently, while visiting a friend in college, I did exactly that as he showed me around campus. He was bemused, to say the least. To my amazement, he told me that he couldn’t understand why I was stopping to read about former university donors, presidents, and alumni; despite being on campus for nearly a semester, he told me that he had never stopped to do the same.

When I returned home that day, I decided to figure out whether others felt the same. To my surprise, most of my peers didn’t really care about the person the library was named after or which alum donated what. This turned out to be especially true of my fellow Lions. The pervasive disinterest in our institution’s history is an immense loss, one that ought to be rectified. Columbia students ought to cultivate a shared reverence and appreciation for the University’s history. Doing so would not only make each individual student’s college experience better but also bolster our sense of community.

All too often, we view college as nothing more than a launching pad for our career and adult life. In doing so, however, we reduce our college experience to a husk of its potential. Fundamentally, if one views college merely as a place to make some friends and join some student organizations for a few years, one precludes oneself from being part of something greater: the story of one’s college. Yes, college is a place to get a degree and kick-start one’s career and adult social life. But it’s also an opportunity to be part of a storied history of academic exploration, to be part of a community of scholars that goes back centuries, and to become part of a community that existed before us and will persist after us.

There is something special about being part of an illustrious community with a storied history; it is comforting to think of yourself as not merely a single student, but rather as somebody contributing to a shared project, a pursuit of truth and knowledge that is far greater than any individual. This feeling is something a lot of us miss out on when we lose perspective and focus solely on the relatively brief time we will spend in college.

That is why I stop to read every plaque: I want to know the story of which I am a part. Doing so also recognizes the need to appreciate those who made my college experience possible. Whether an entirely self-interested donor or a University president of over a decade who spent his own money to fund the construction of Low Library, the names on the plaques, statues, and halls around our campus are all part of the Columbia story; they are the names of people who made our experience here possible. More often than not, these people can also inspire us. They are our fellow Columbians, ones who have gone on to make an impact beyond campus the way so many of us seek to do. For that if nothing else, they deserve our recognition and respect.

As students, we have a lot to gain from taking a small amount of time out of our day to learn about the stories—and the people—behind the buildings, statues, and plaques around us. When we do so, we recognize that we are part of something greater than ourselves; we are inspired by that fact and the stories of those who once walked the paved paths we now tread. A college experience that often feels stressful and overwhelming can become the pursuit of something more than merely a lucrative career; it can become one’s contribution to Columbia’s story. In the future, there may be a plaque that commemorates one of your classmates; perhaps members of your class will donate a statue the way that The Scholar’s Lion was donated. Hopefully, in the future, the latest generation of Columbia students will take some time to appreciate the contributions of those who came before them and their own place in the Columbia story. Starting now, let’s bring that future to fruition.

The author of this piece thinks history—particularly the history of one’s surroundings—is something worth knowing and hoped this article inspired you to view your college in a different light. He would love to entertain any feedback you may have at artem.ilyanok@columbia.edu.

To respond to this column or to submit an op-ed, contact opinion@columbiaspectator.com.