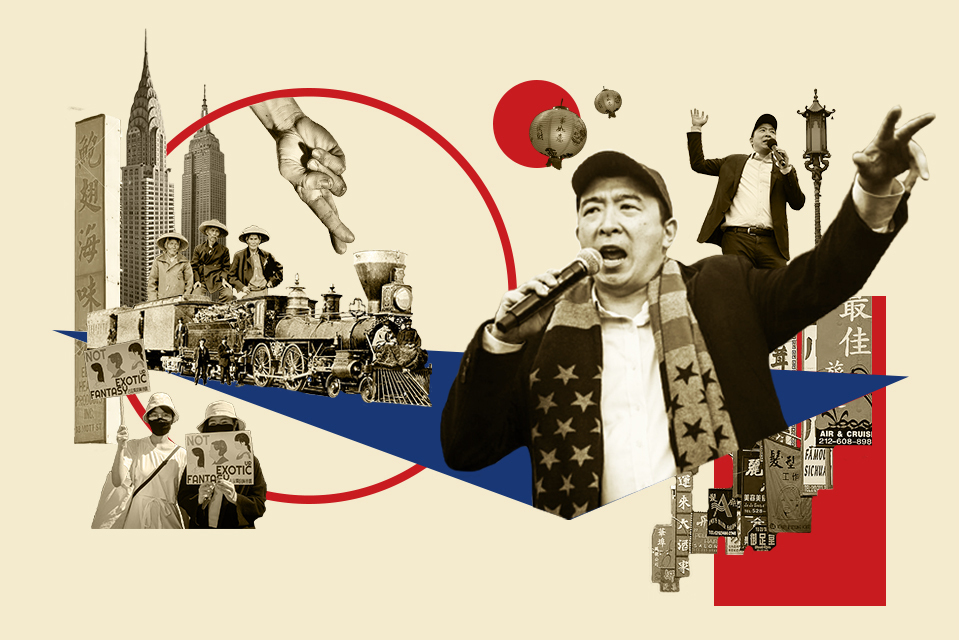 As an Asian American who grew up in an immigrant household where political engagement was de-emphasized, I relate to several points raised in a recent op-ed declaring that Andrew Yang’s campaign for mayor is the “cure for the model minority myth.” However, I disagree with the author’s assessment that his mayoral run truly challenges the pernicious stereotype surrounding Asian Americans—instead, Yang continues to perpetuate it.

To the extent that the model minority myth is tied into notions of Asian American respectability and palatability, Andrew Yang is about as “model minority” as it comes. In addition to having a socially “respectable” heterosexual marriage, two Ivy League degrees, and being upper-middle-class, he published a Washington Post op-ed in April 2020 essentially arguing that Asians could address the racist and xenophobic violence targeting our communities if we just tried hard enough to assert our “Americanness”—a strategy that has clearly not worked in the past and is definitely not working right now. Yang is evidently invested in these problematic notions of Asian American palatability and assimilating to white society.

In a public imagination where we are typically relegated to the science, technology, engineering, and mathematics-nerd stereotype, it’s important that Asian Americans make ourselves seen in fields such as politics and advocacy. However, truly disrupting the “model minority” myth requires a more fundamental shift. It requires centering and uplifting the perspectives of Asian Americans who are erased by the stereotype—undocumented Asians, Asians who aren’t college-educated, Asians who are low-income and working-class, queer and trans Asians, and Asian sex workers, among others. Notably, some of these groups have been vocal critics of Yang’s stances on issues such as policing.

Dispelling the “model minority” myth also requires looking at our own complicity in its perpetuation—as Asian students who, like Yang, are similarly invested in assimilation, respectability, and palatability by attending an elitist institution such as Columbia. Regardless of whether we end up in politics, science, technology, engineering, mathematics, or finance, graduating with a Columbia degree (and thus fitting into the Asian American success story trope) facilitates the weaponization of our Asian identities to uphold the lie that America is a meritocracy and that racism can be overcome by hard work.

To call Yang’s campaign a cure for the model minority myth is understandable but ultimately premature. Without consciously centering groups that fall within the Asian American umbrella that actually pose a radical challenge to the “model minority” myth, increasing Asian American visibility, representation, and political engagement alone won’t end this harmful stereotype.

The author is a “model minority” and a junior in Columbia College studying economics-political science and Asian American Studies. You can send him hate emails at brandon.shi@columbia.edu.

To respond to this letter or to submit an op-ed, contact opinion@columbiaspectator.com