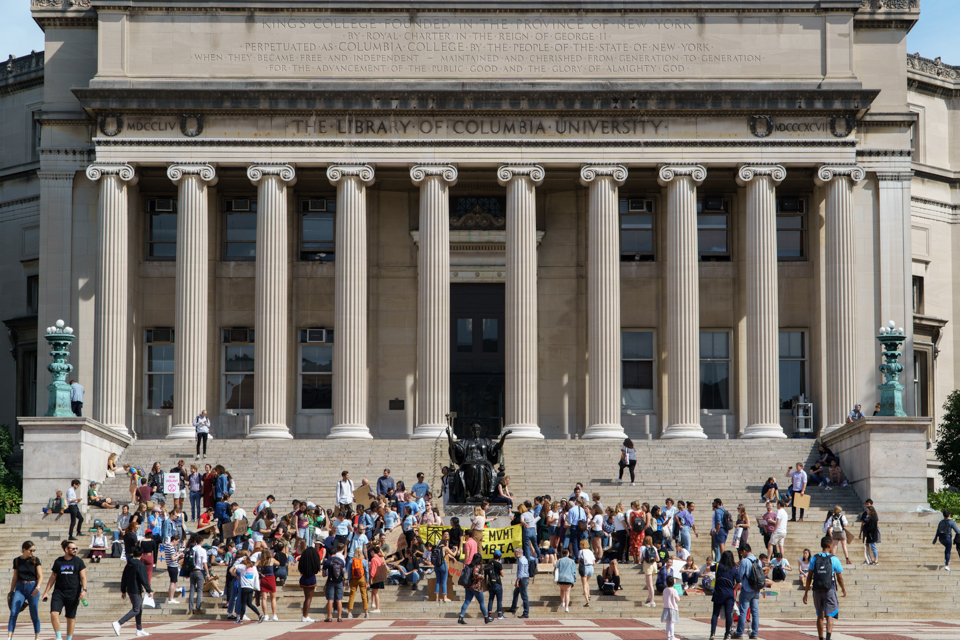 Around 300 Columbia and Barnard students gathered outside Low Library for a breakfast potluck before New York City’s Climate Strike on Friday. Students made posters, shared stories, and formed new friendships. 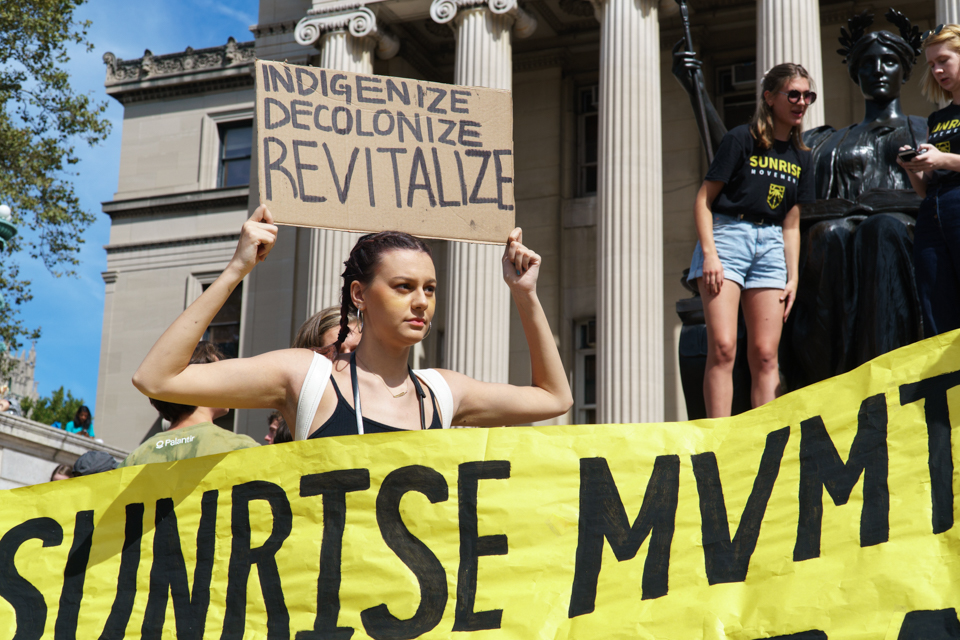 The pre-strike gathering was organized by Columbia’s Sunrise Movement, a student-led group committed to raising awareness for the Green New Deal. 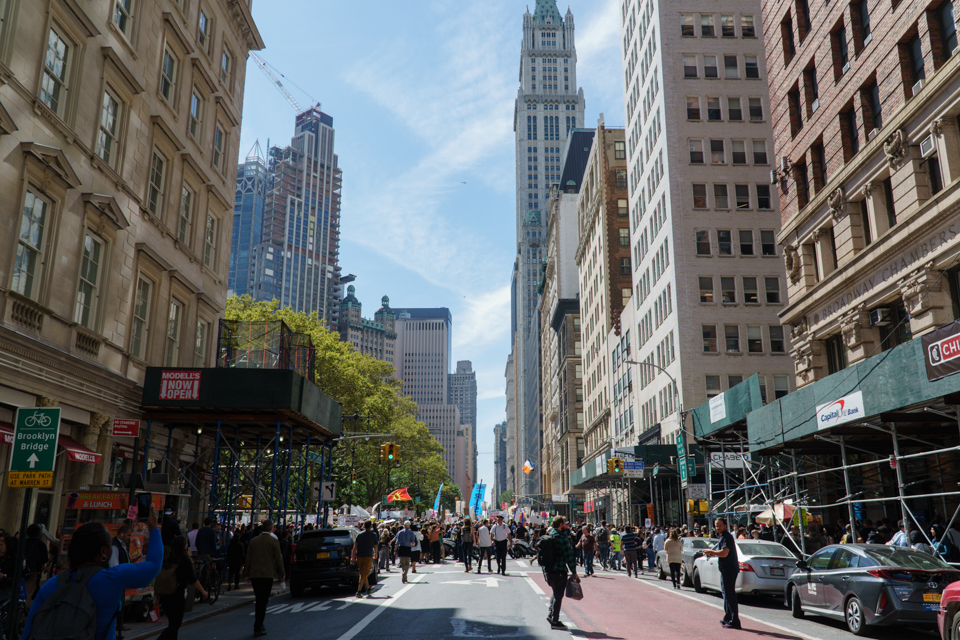 Students proceeded downtown to Foley Square to join other protesters marching down Broadway. 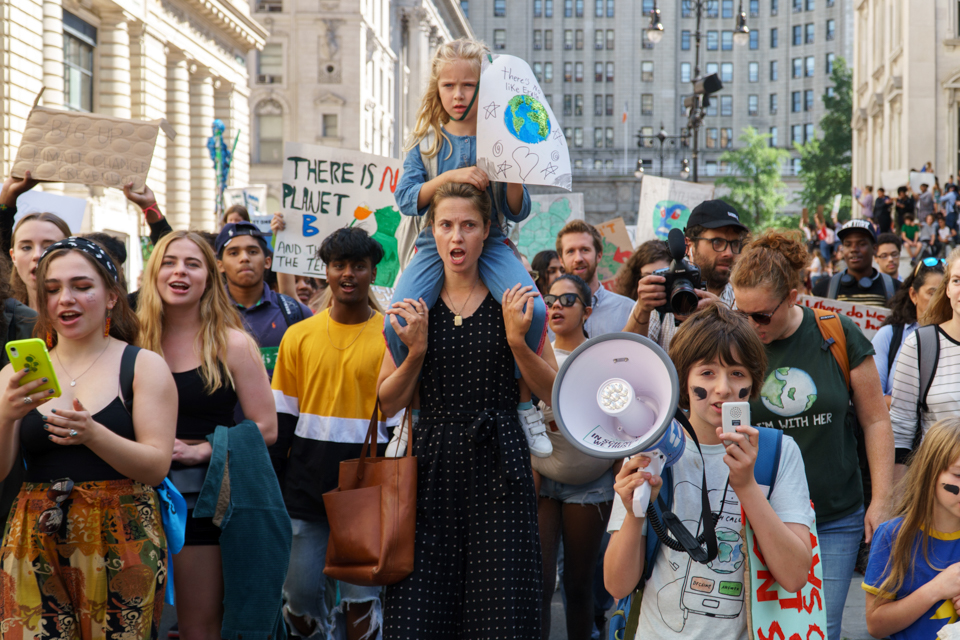 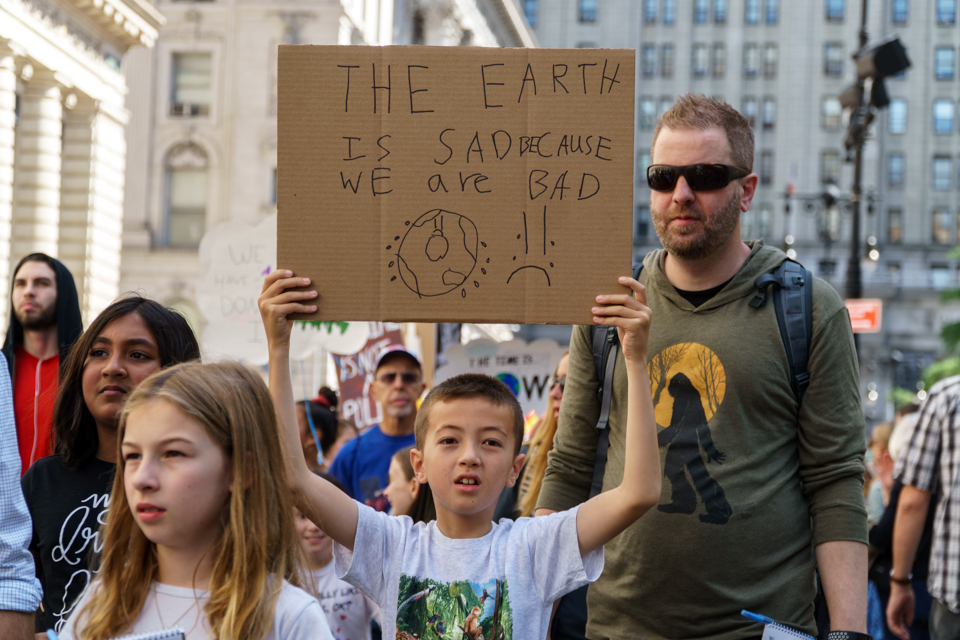 Around noon, Foley Square was overflowing with people, and protesters began chanting as they walked down Chambers Street. 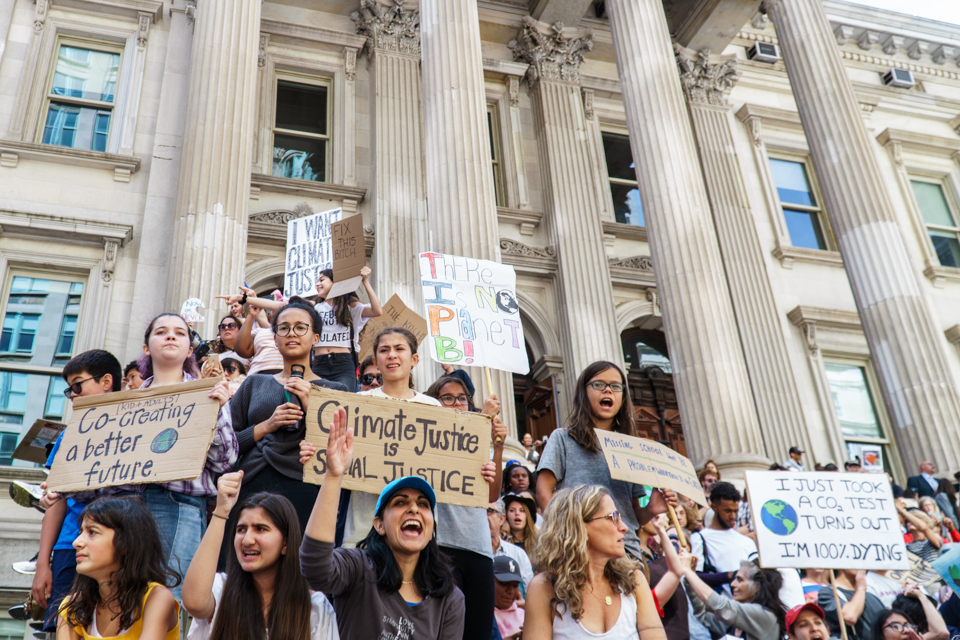 In the afternoon, demonstrators squeezed in front of the stairs of City Hall carrying handmade signs that read “Climate Justice is Social Justice” and “There is No Planet B!” 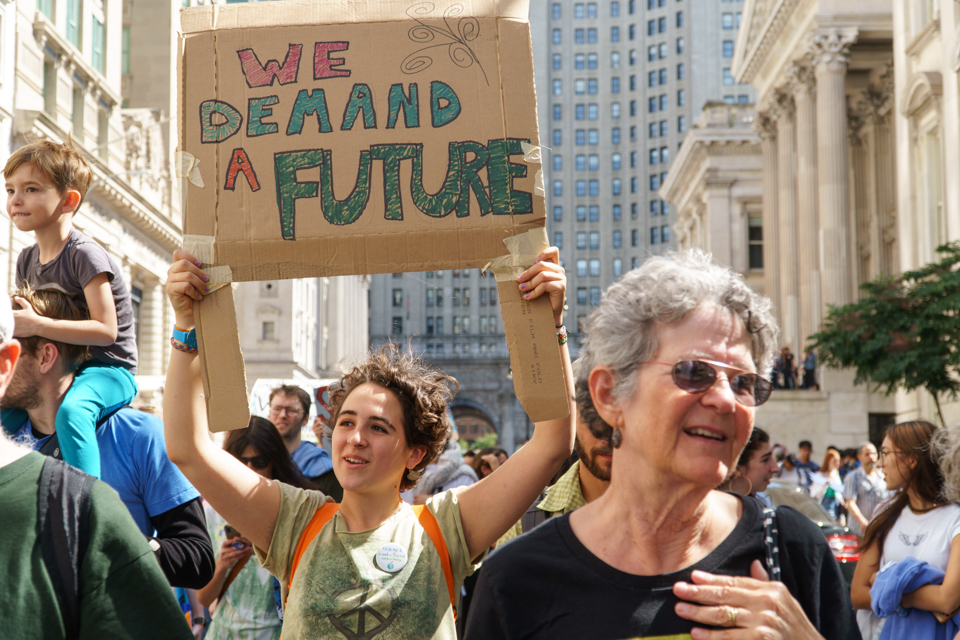 One of the many signs reading “We Demand a Future.” 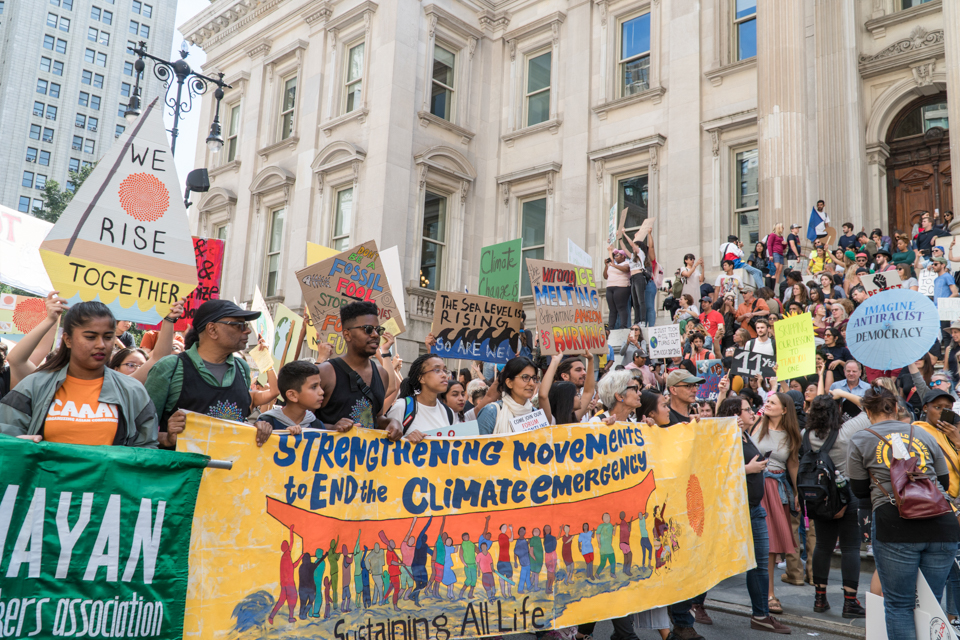 Demonstrators halted in front of City Hall on Chambers Street to draw attention to the march. 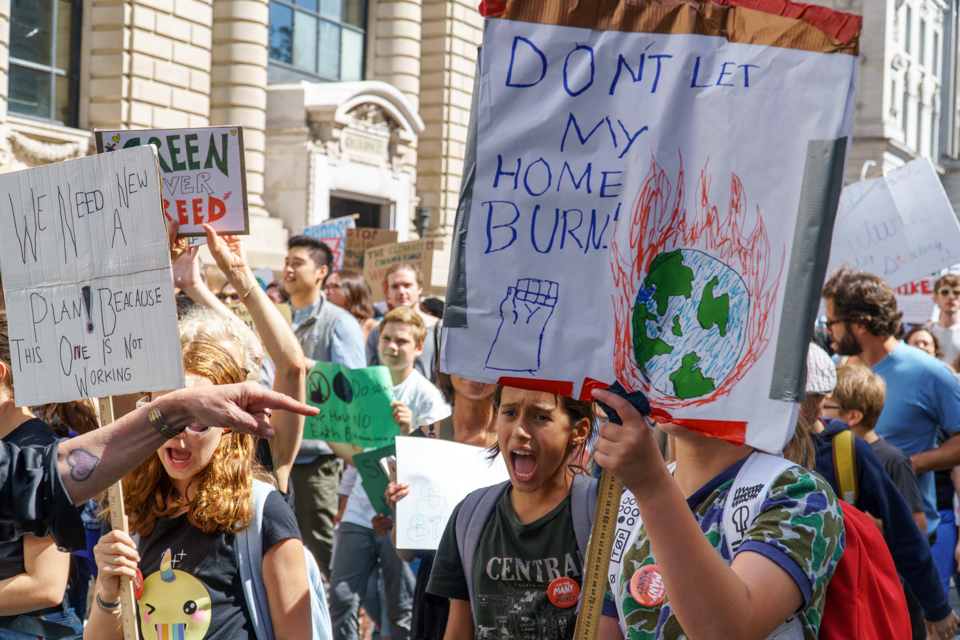 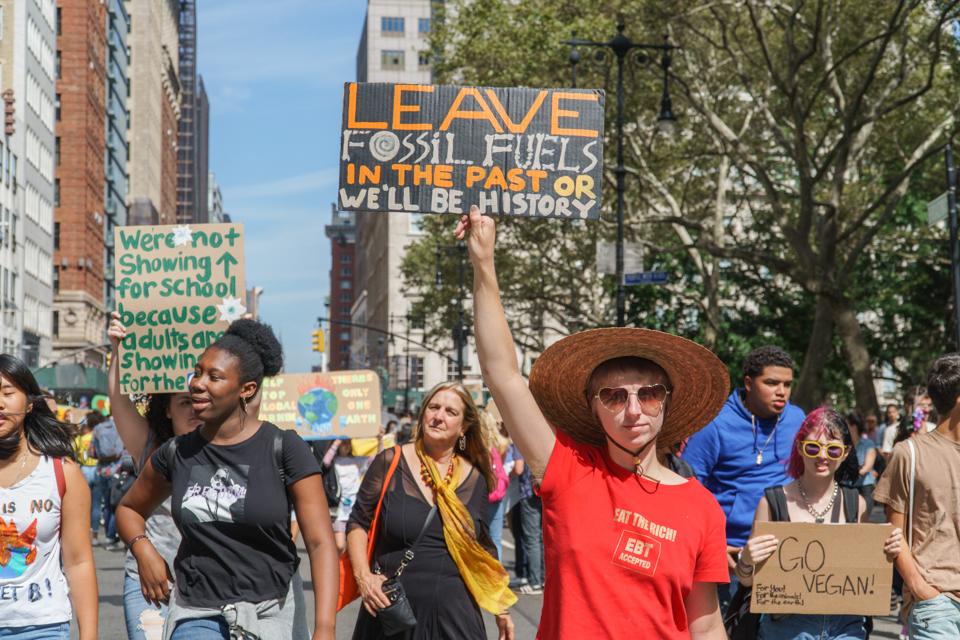 Students carried posters reading “Don’t Let My Home Burn!” and “Leave Fossil Fuels in the Past, or We’ll Be History.” 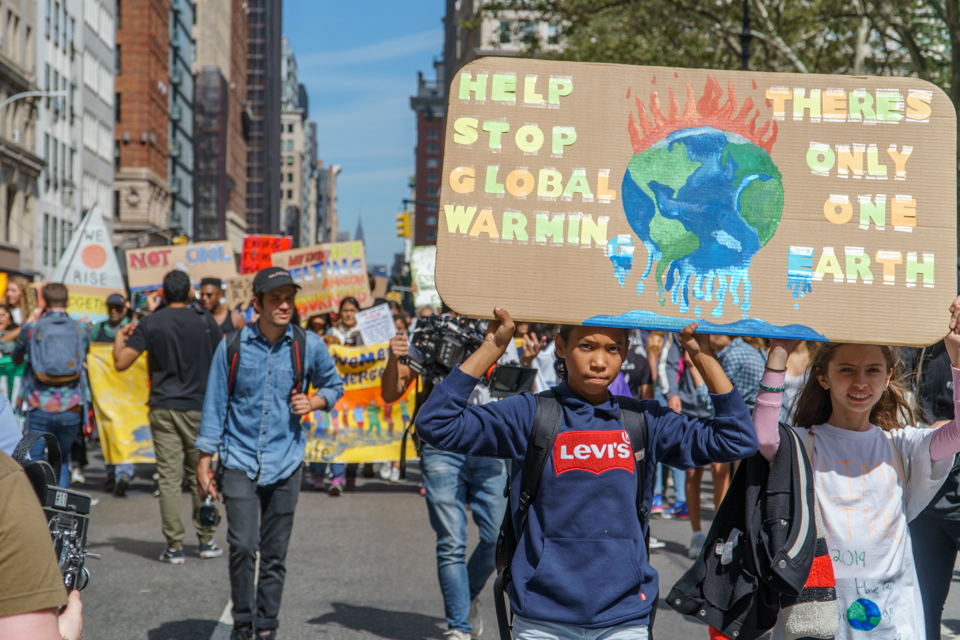 Since New York City Public Schools granted their students permission to skip school to join the march, students of all ages took part in the protest. 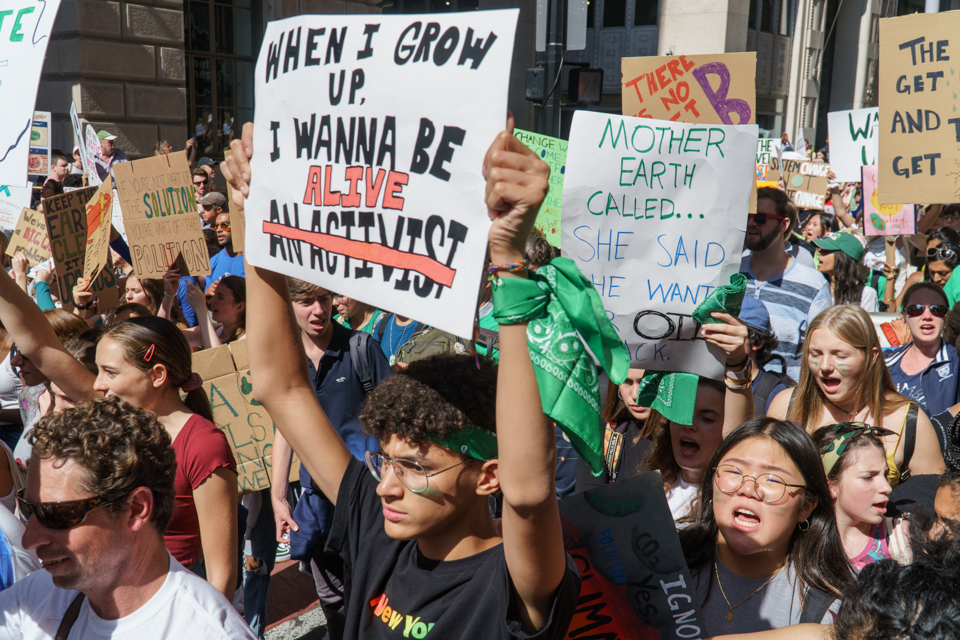 The crowd thickened as it pushed into Wall Street past the Charging Bull. 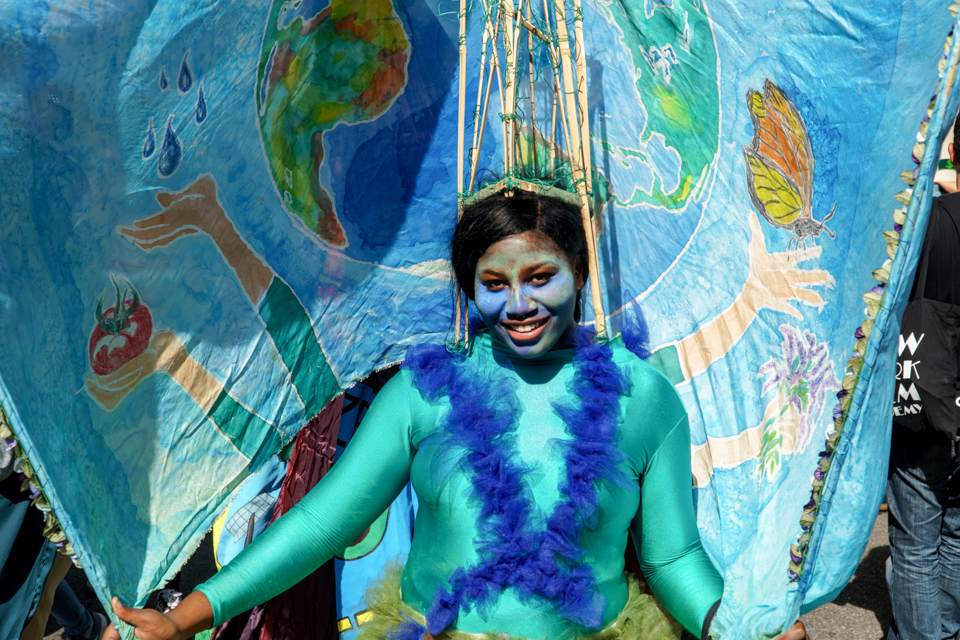 Some protesters were decked out in elaborate costumes depicting Mother Earth. 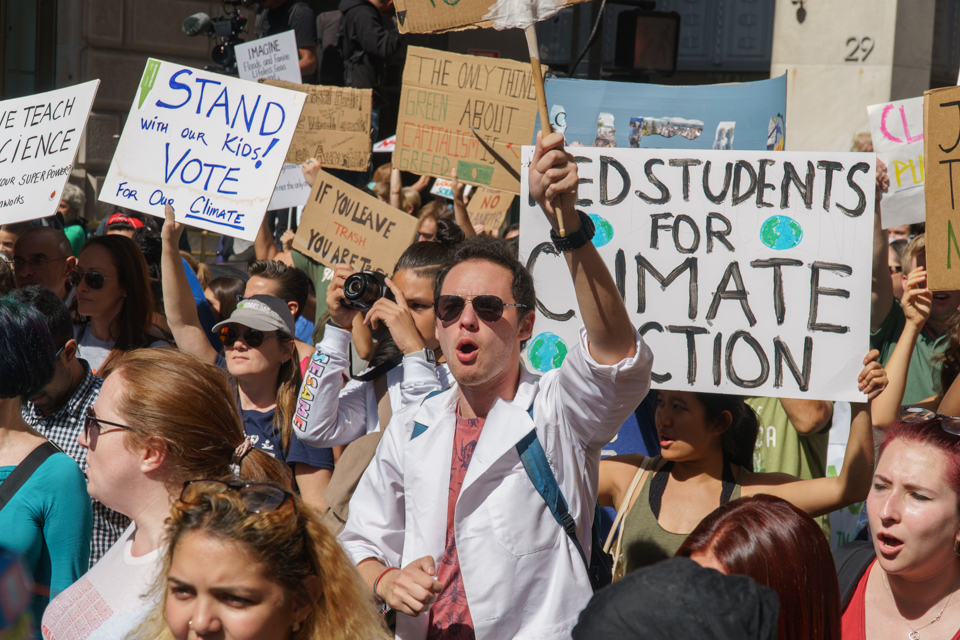 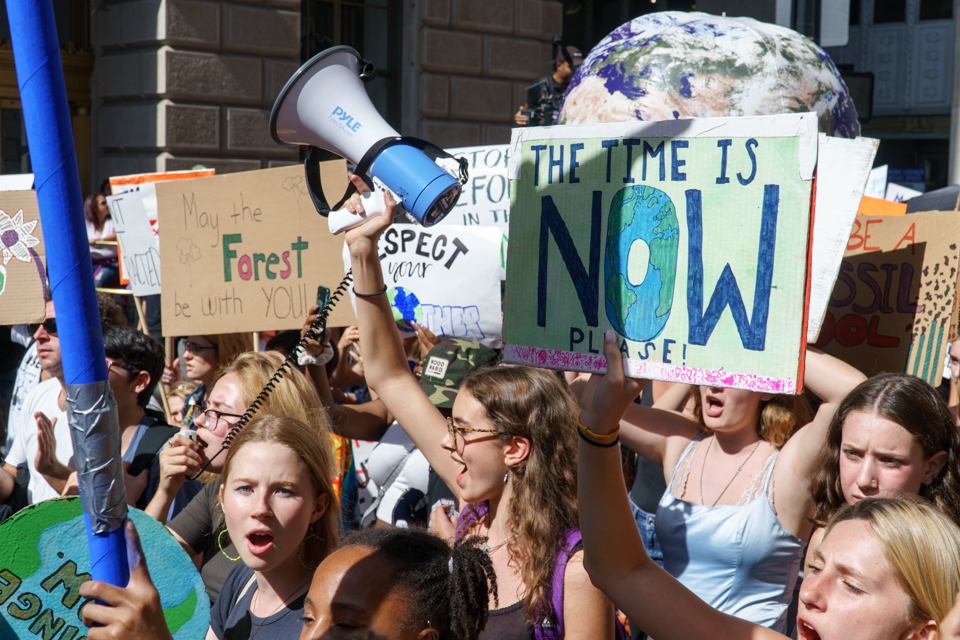 Students chanted “Say hey, say ho! Climate change has got to go!” and “The sea level is rising and so are we” as they marched. 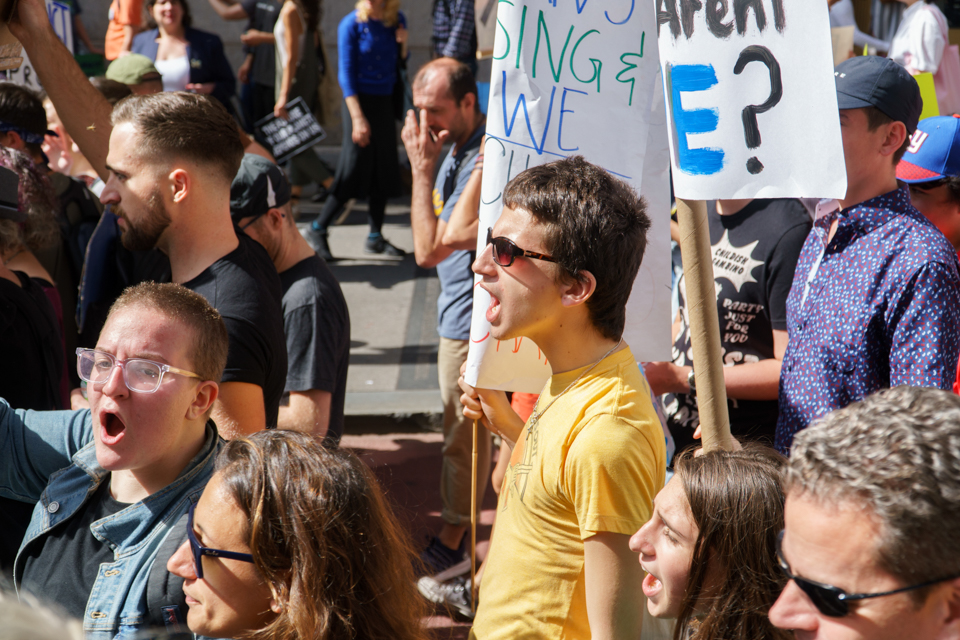 The crowd pushed forward to Battery Park where a rally was held at 3 p.m. Strike organizers estimated a turnout of 250,000 protesters, while the mayor’s office estimated 60,000.