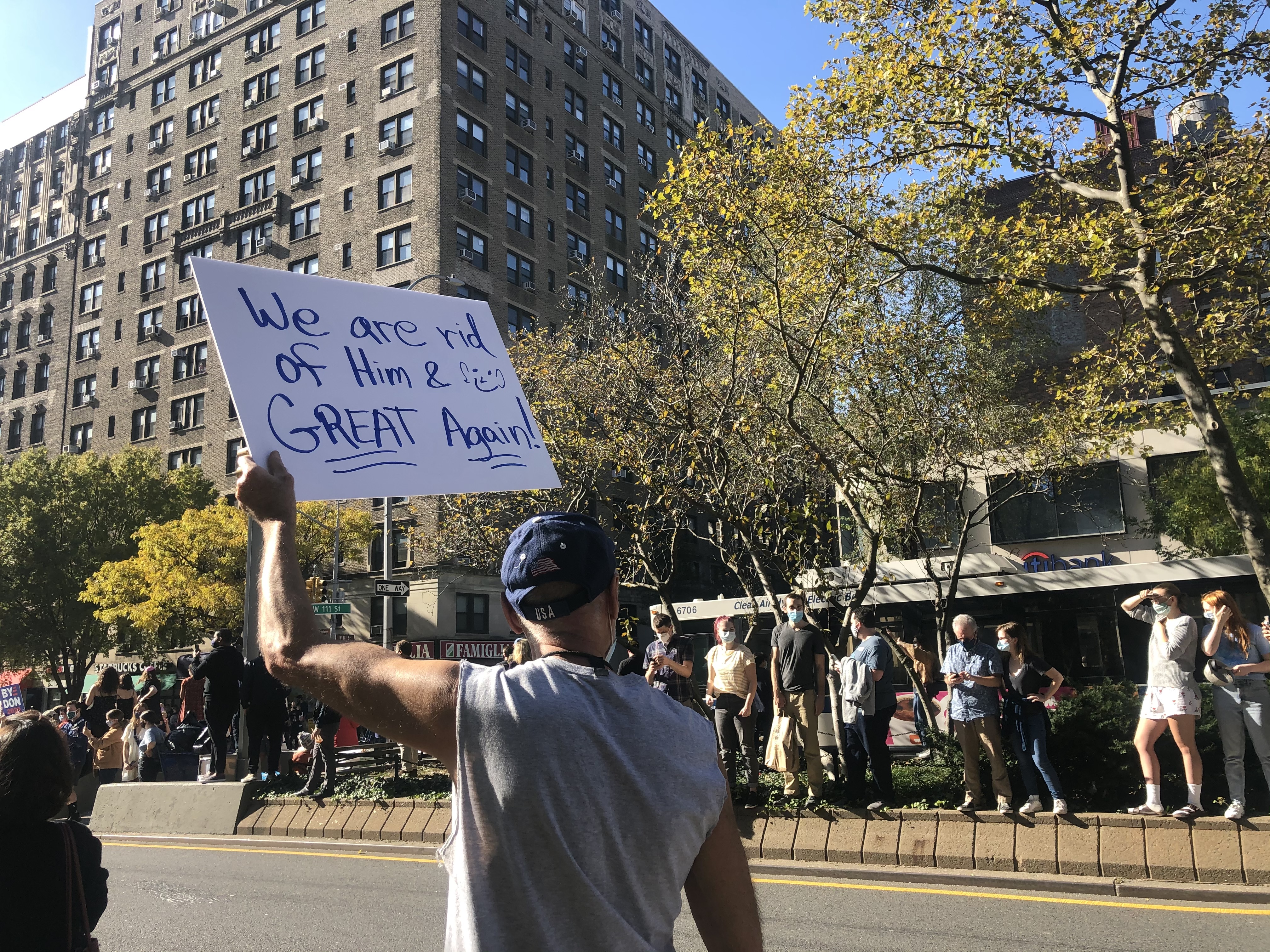 Around noon of Nov. 7, multiple major news outlets announced that former Vice President Joe Biden was projected to be the president-elect. After four days of watching ballot counts trickle in from battleground states, thousands flooded the streets of New York to celebrate. Champagne flowed, car horns blared, and people danced in the streets. 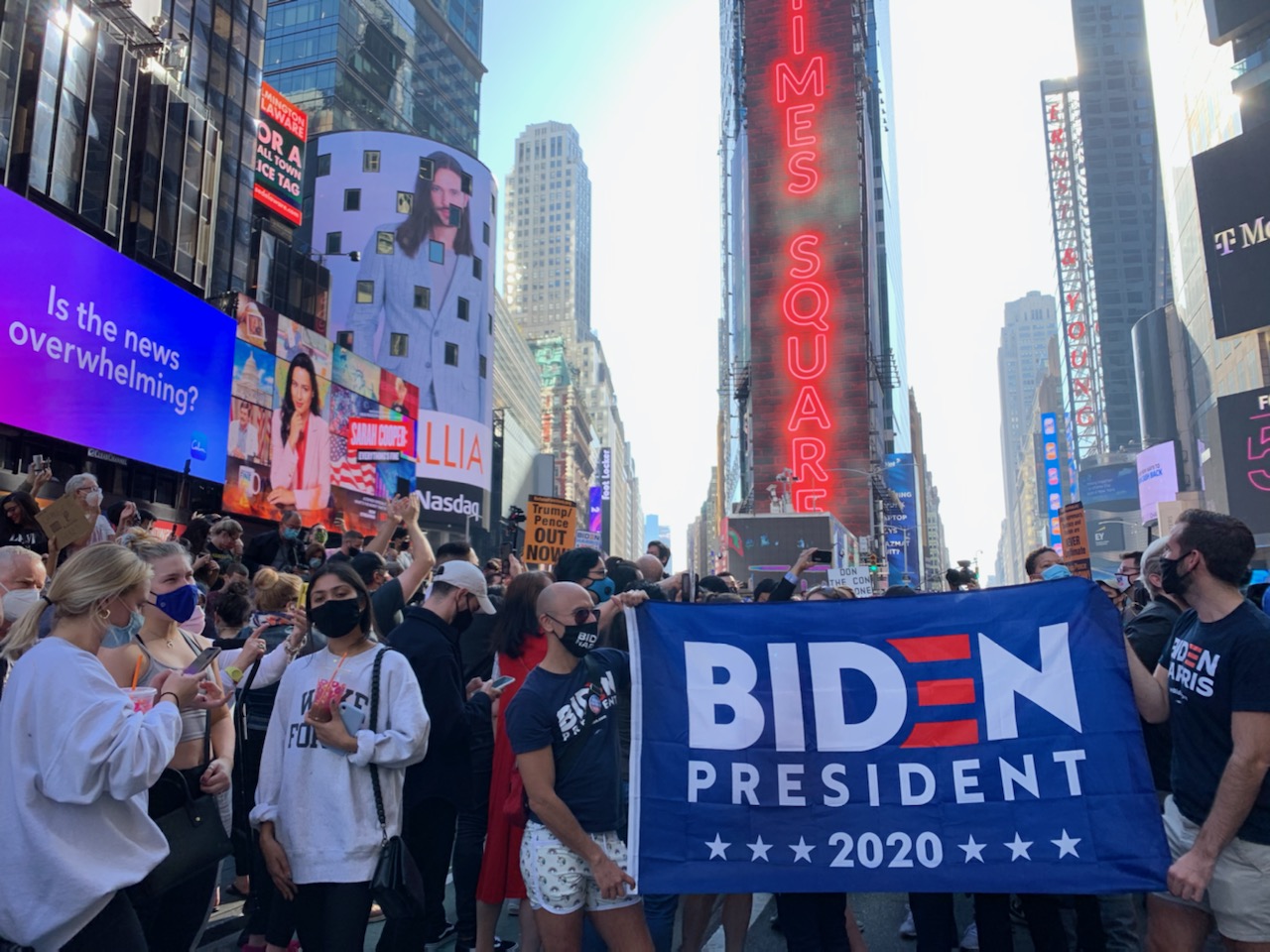 Celebrations stretched all the way to Times Square, where supporters flocked to the streets. Photo by Samantha Camacho. 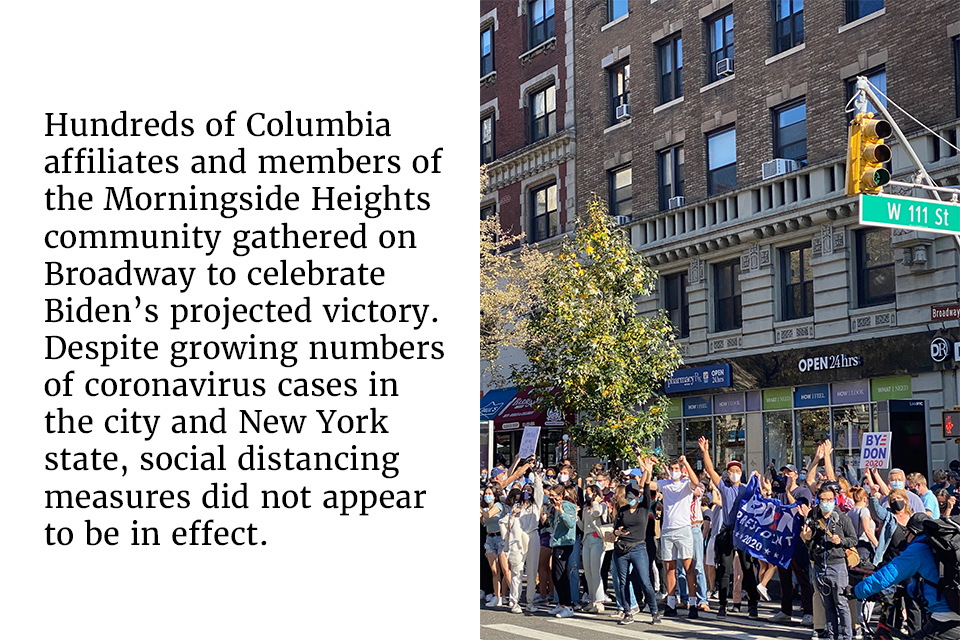 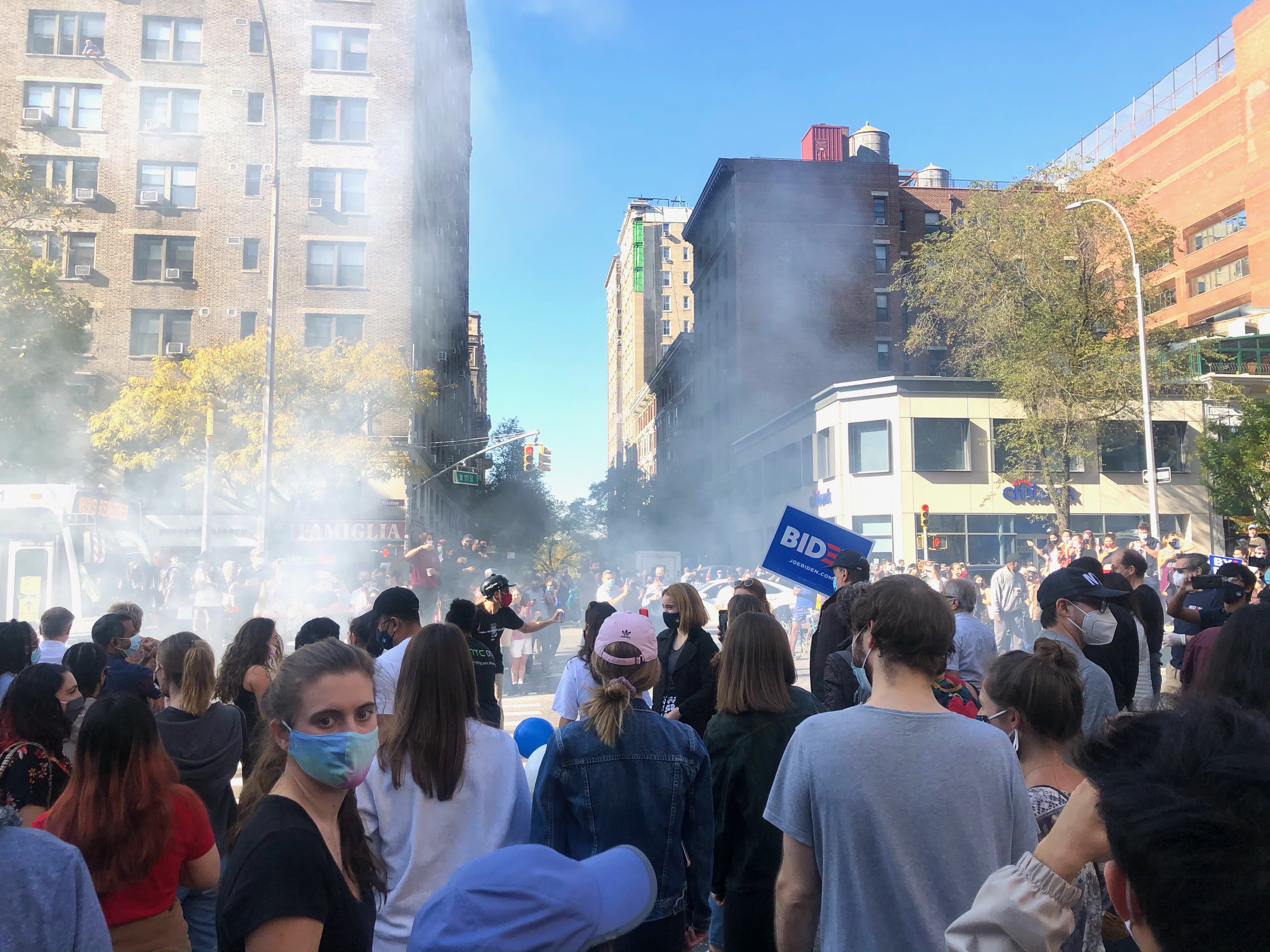 Smoke dissipates from vehicles revving their engines alongside noise-making crowds.

A man waves a lawn sign in support of Biden at the intersection of Broadway and 111th Street. Photo by Temi George. 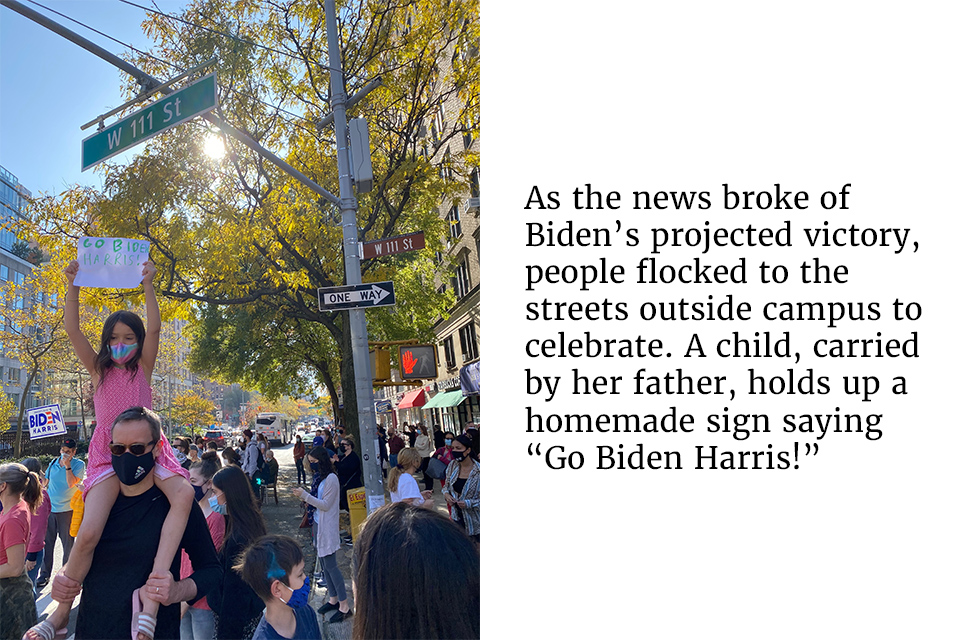 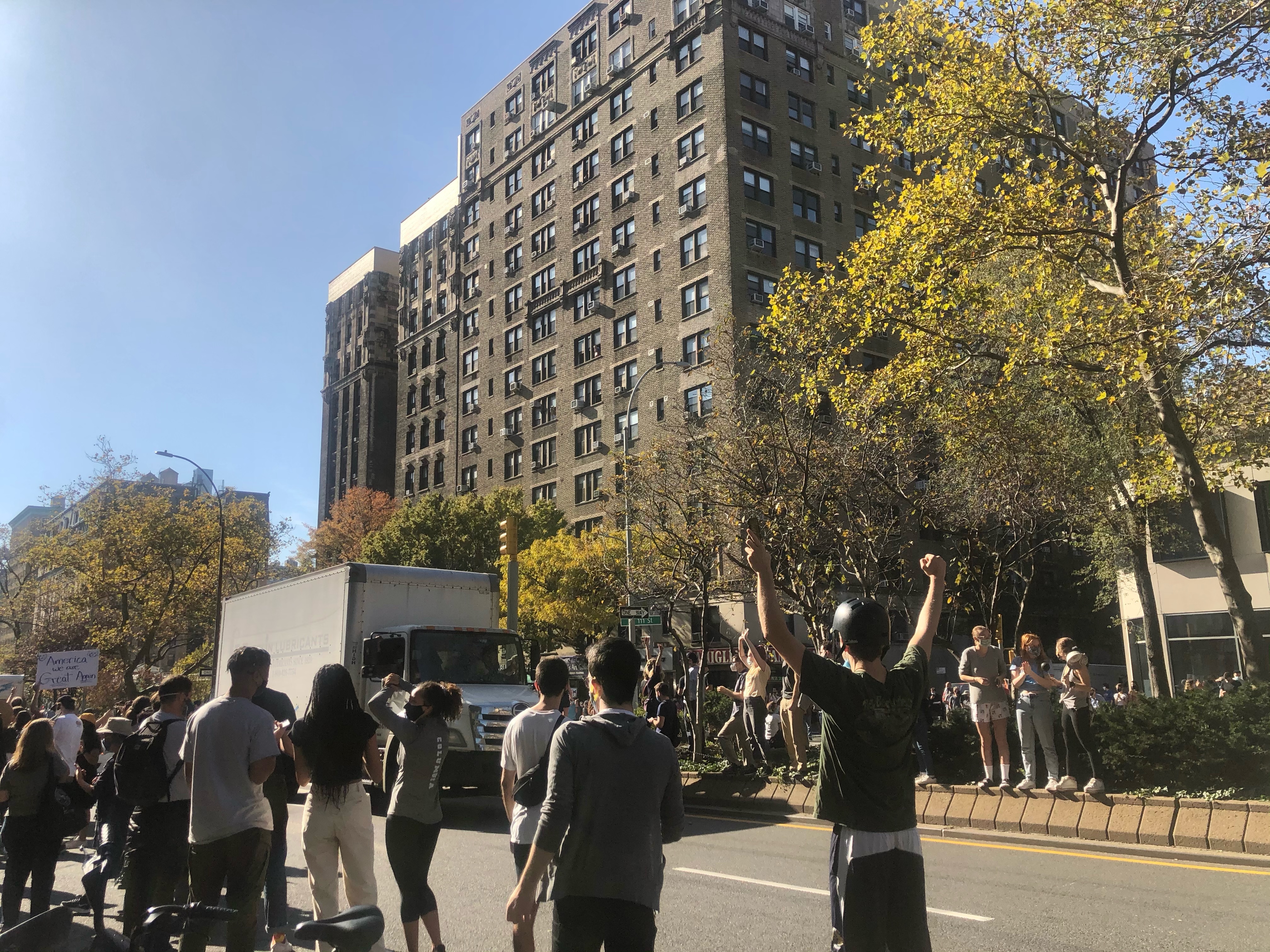 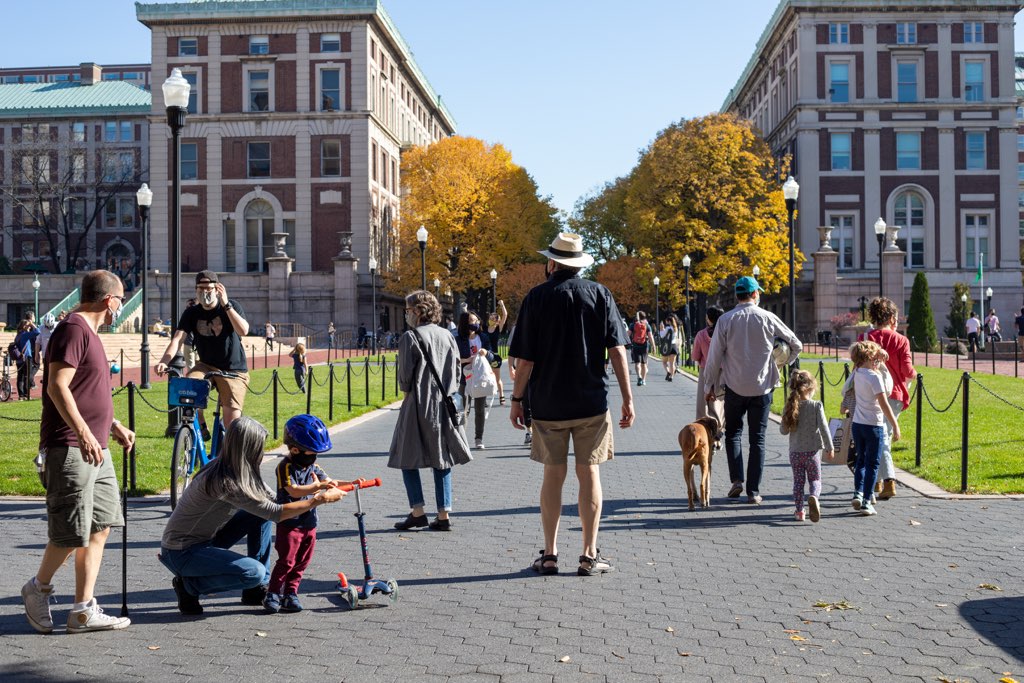 Families and individuals gathered on Columbia’s campus to celebrate the news. Photo by Rommel Nunez. 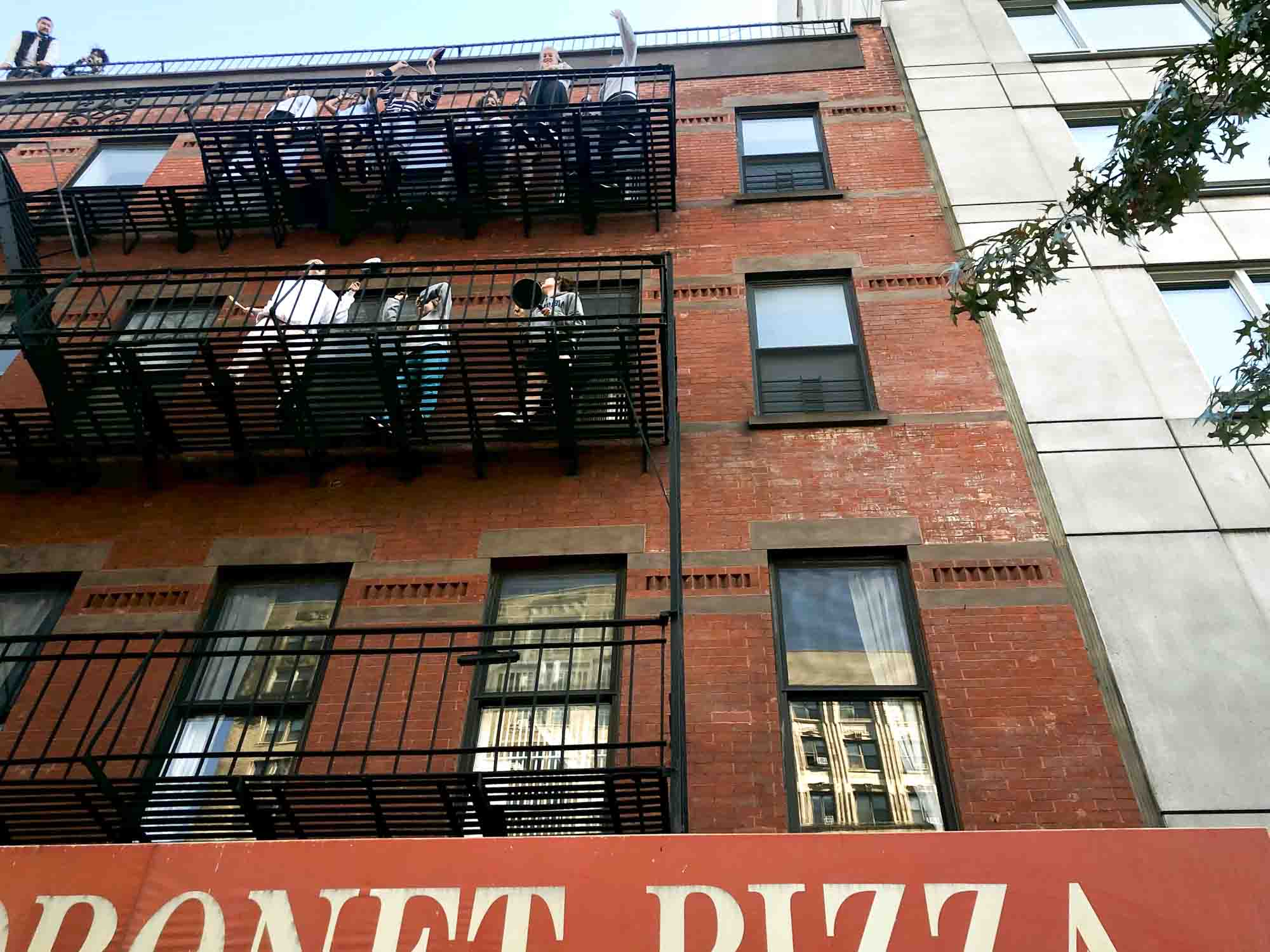 Residents of the apartments above Koronet Pizza celebrate from their fire escapes. Photo by Temi George.