Photography by Beatrice Shlansky and 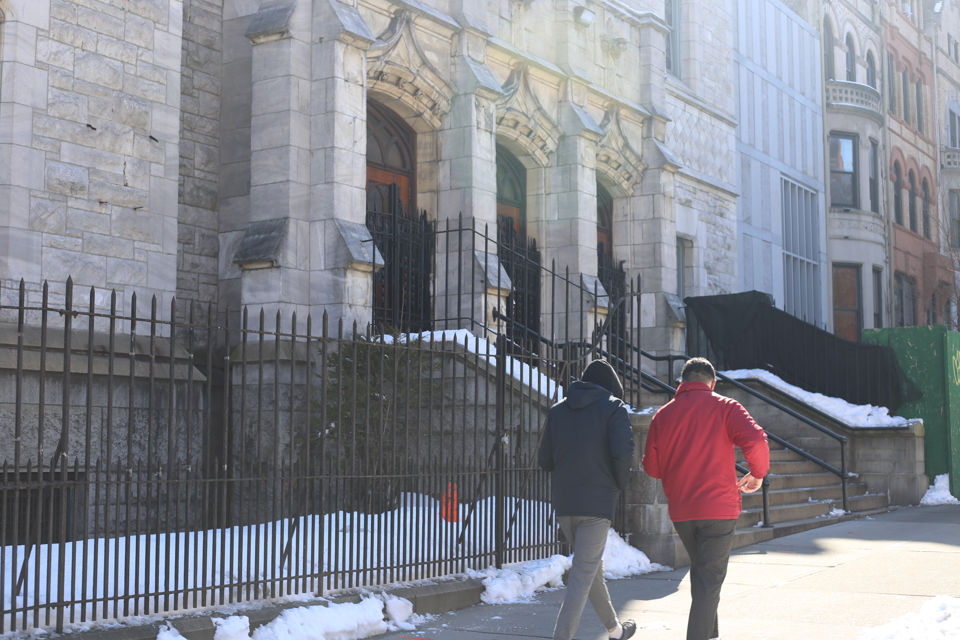 West Harlem is simultaneously a recognized site of rich history and culture as well as a neighborhood fighting to maintain its character. Residents have long clashed with developers and Columbia University to protect their neighborhood from gentrification and the loss of its historic integrity.

“West Harlem is a culturally rich neighborhood,” Yuien Chin, executive director of the West Harlem Community Preservation Organization, said. “It’s not a well-traveled area, but we cherish that the historic character is still there.”

West Harlem holds tremendous importance as part of greater Harlem, which is often regarded as a center of Black history and culture in the city and across the nation. In honor of Black History Month, Spectator took a look at some major historic sites within West Harlem: a neighborhood that is defined equally by its past, present, and future. 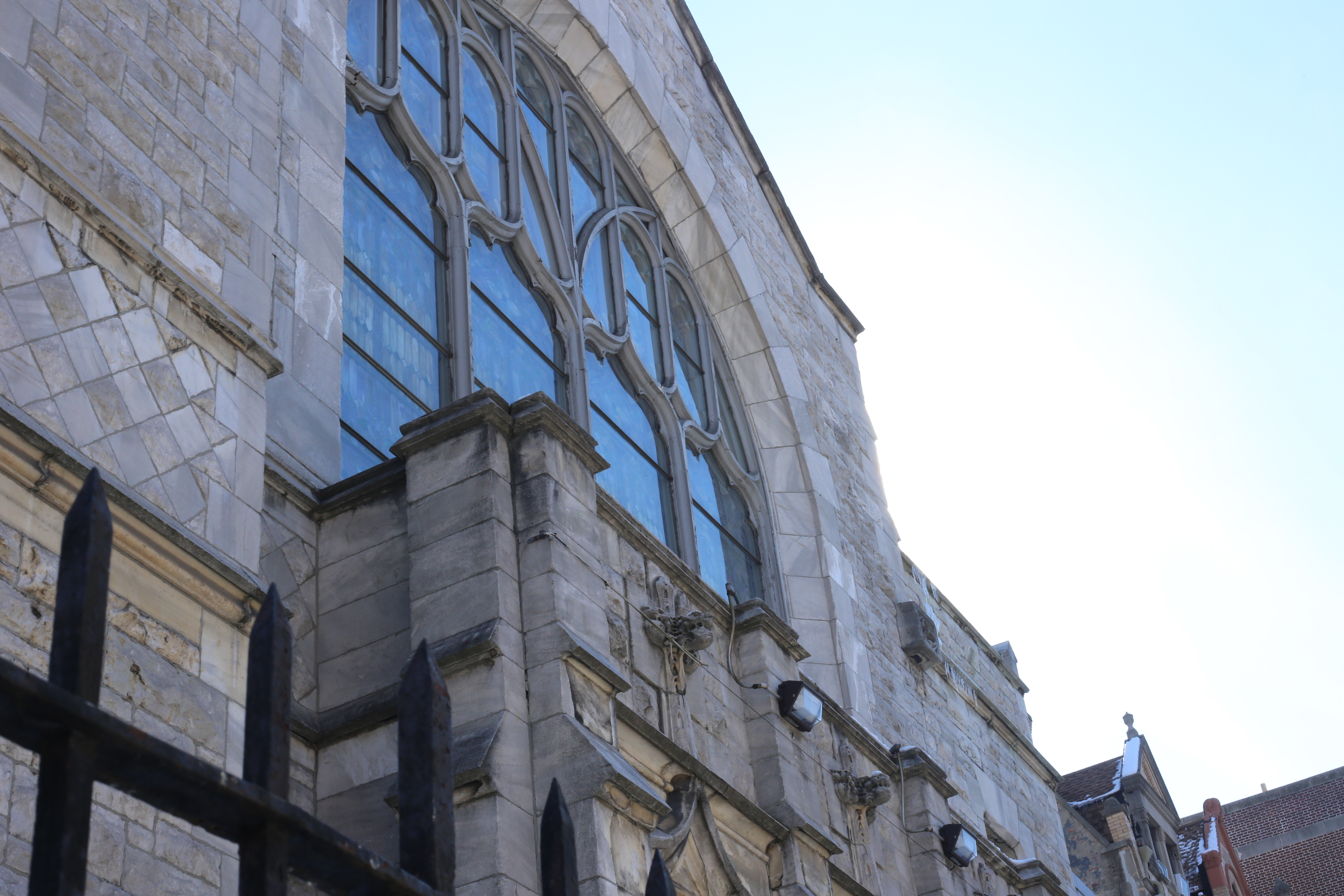 One of the most prominent Black churches in the area, Convent Avenue Baptist Church sits on 145th Street and was founded in 1942 by Pastor Dr. John W. Saunders. The church has become well-known as a site of great

music, the host of the Baptist Ministers Conference of Greater New York and Vicinity, and a spiritual home for residents, activists, and reverends who, throughout history, have sought out ways to better the Harlem community.

However, as Harlem becomes gentrified, churches like Convent Avenue Baptist face a problem: Their traditional source of money, which is tithing, has dwindled. Although tourists often line up for their services and donate money, they are not permanent churchgoers. In 2013, the New York Times reported that church tithes at Convent were down about 12 percent in recent years. 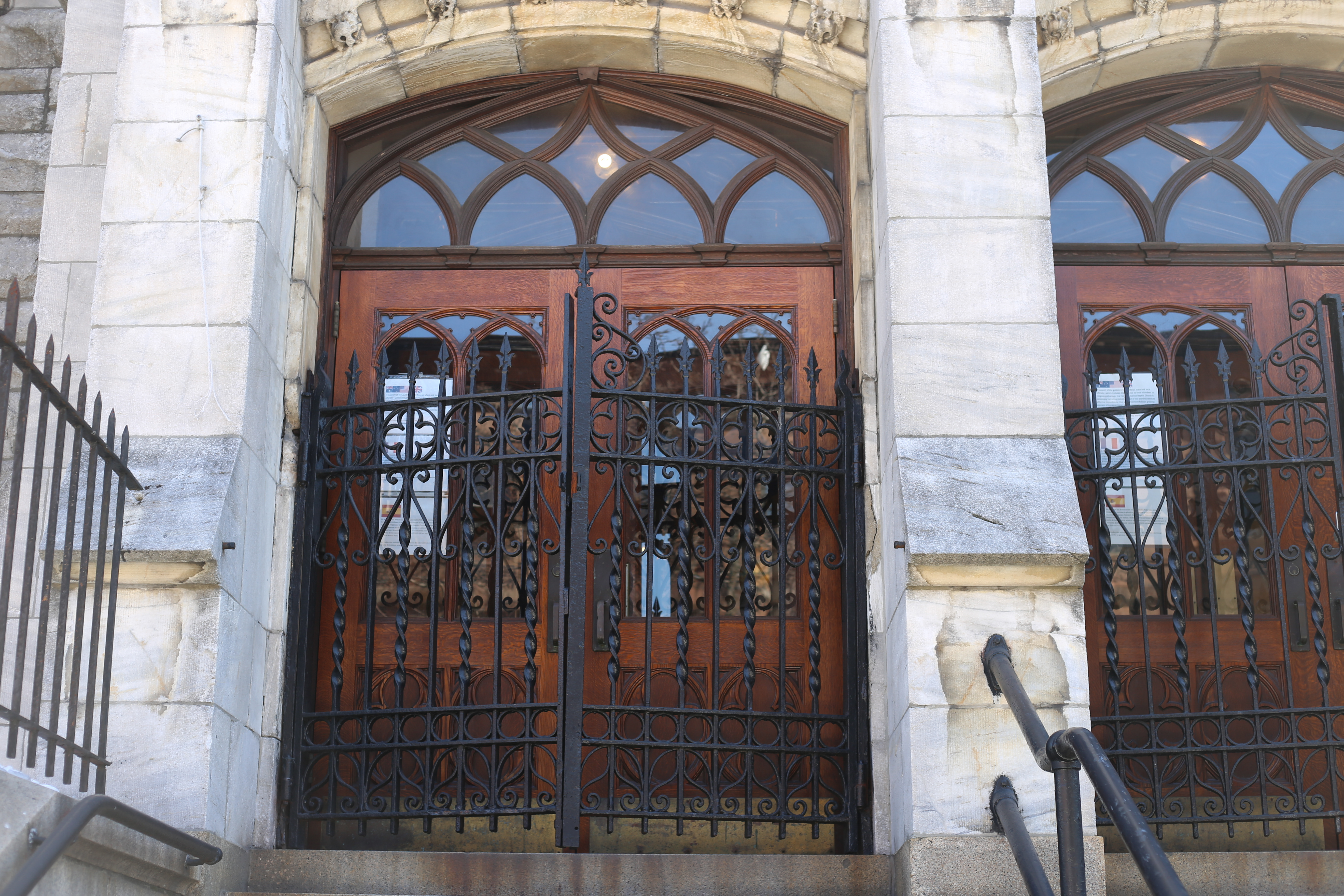 The five-story redbrick Mink Building sits between 126th and 128th Streets on Amsterdam Avenue and once housed a variety of breweries throughout the 19th and early 20th centuries. In the 1990s, the Mink Building was calendared for consideration as a historic landmark, which developers fought hard against and won, according to Chin. The 150,000-square-foot site has now been chosen as part of a major redevelopment plan by Janus Property Company. 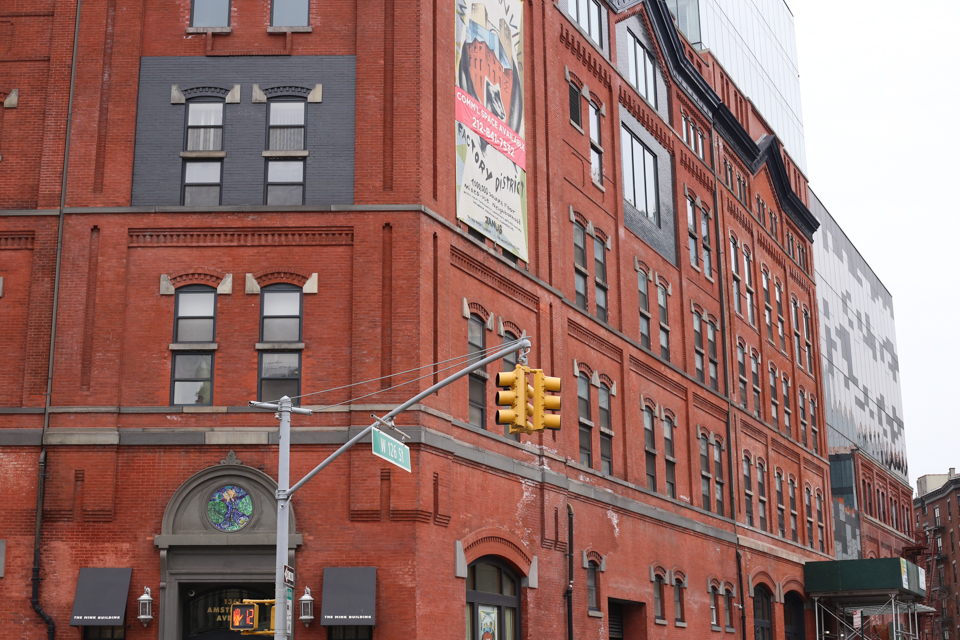 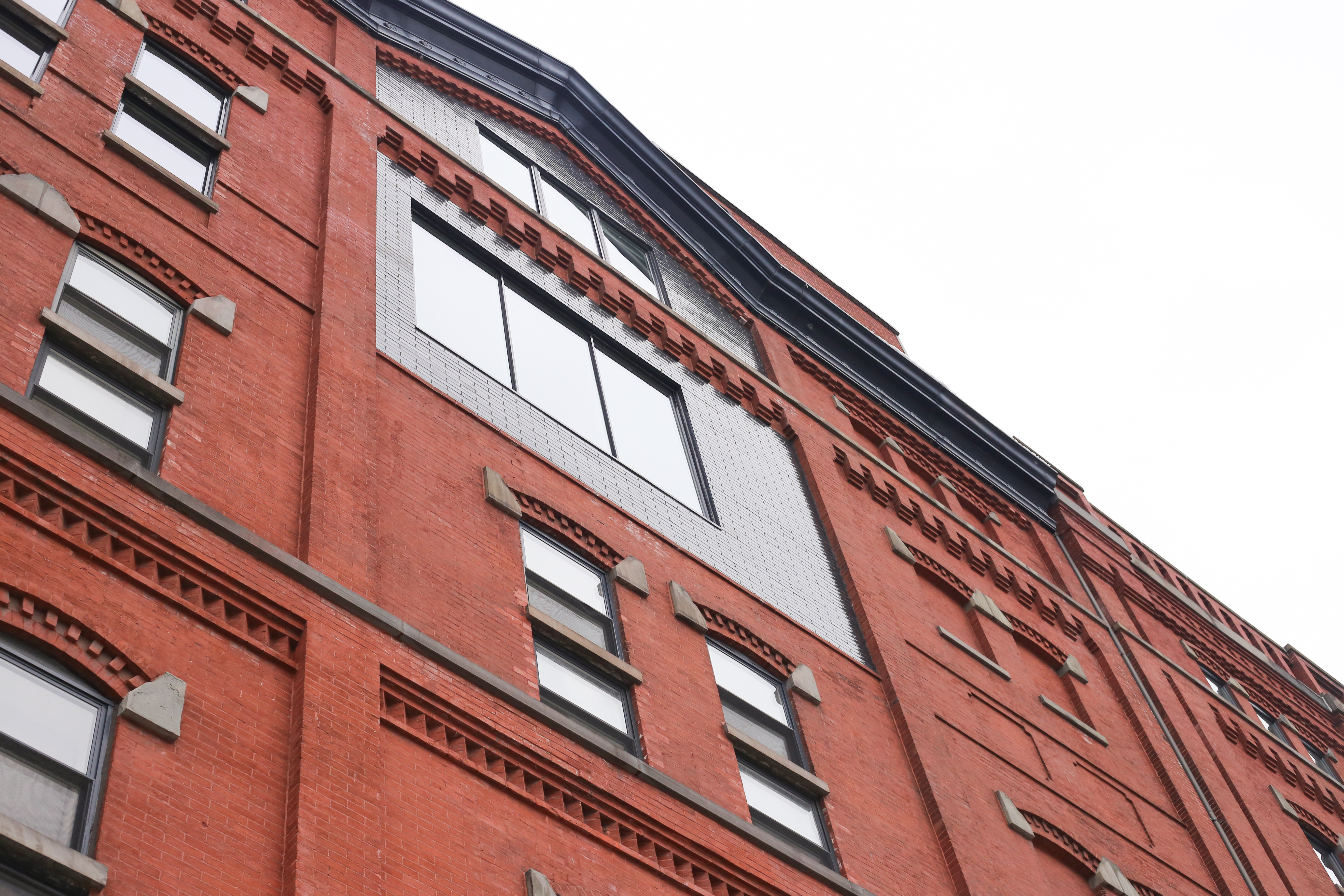 Only 17 sites of New York City’s 37,000 landmark-designated locations are officially linked to abolitionism or the Underground Railroad. Of those 17 sites, there are only two in Manhattan, and none in Upper Manhattan.

However, abolitionist history is far from absent in West Harlem. 857 Riverside Drive, a two-story wooden house situated between Riverside Drive and West 159th Street, was owned by abolitionist Dennis Harris between 1852 and 1854, before he sold it to fellow abolitionist Judge John Newhouse, and many believe that the house might have been connected to the Underground Railroad as a safe house for fugitives.

Developers filed a demolition permit for the unit to build a 13-story residential building. The building was purchased by a limited liability company from Albert Wright, who contends that he was “swindled” and has refused to leave. 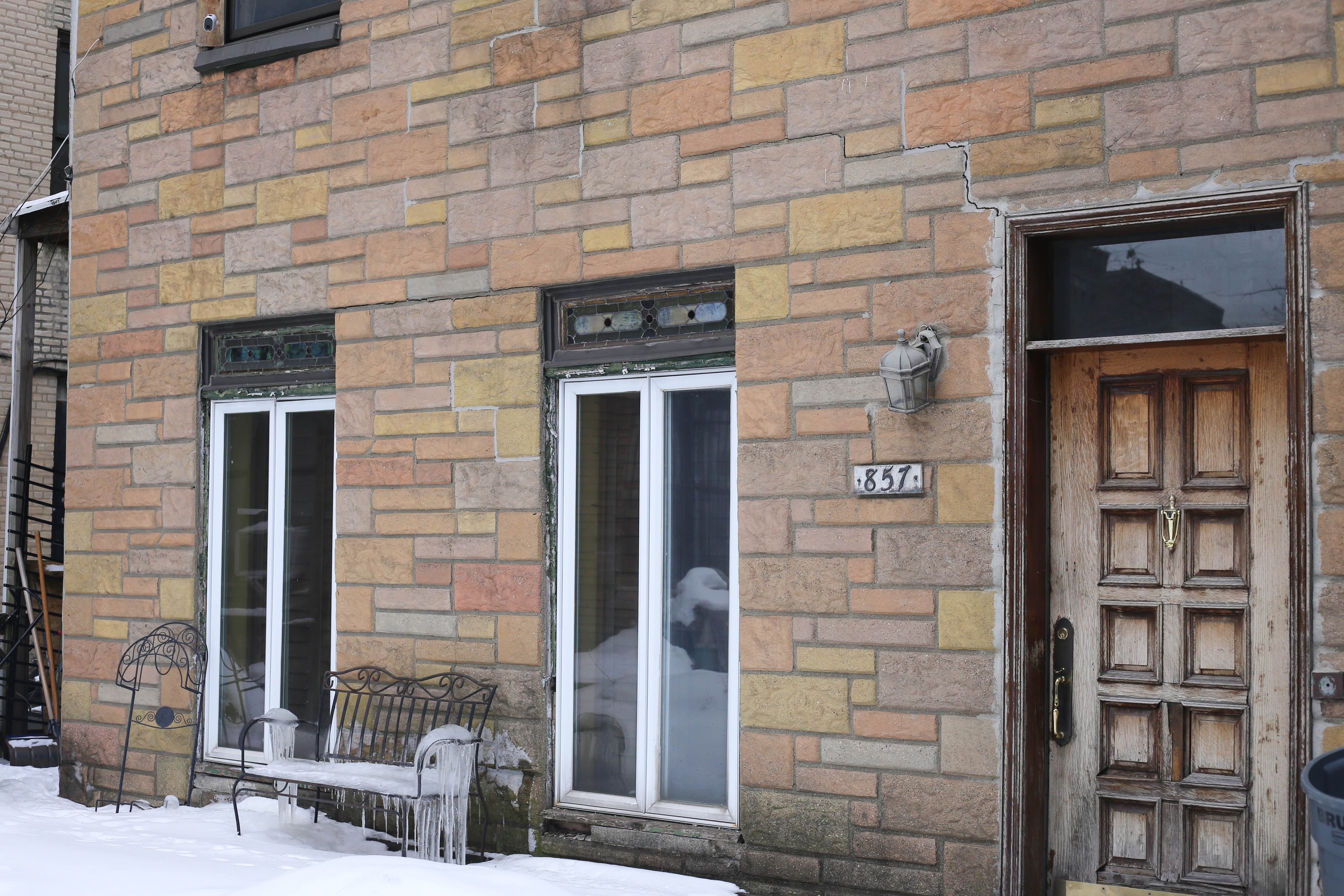 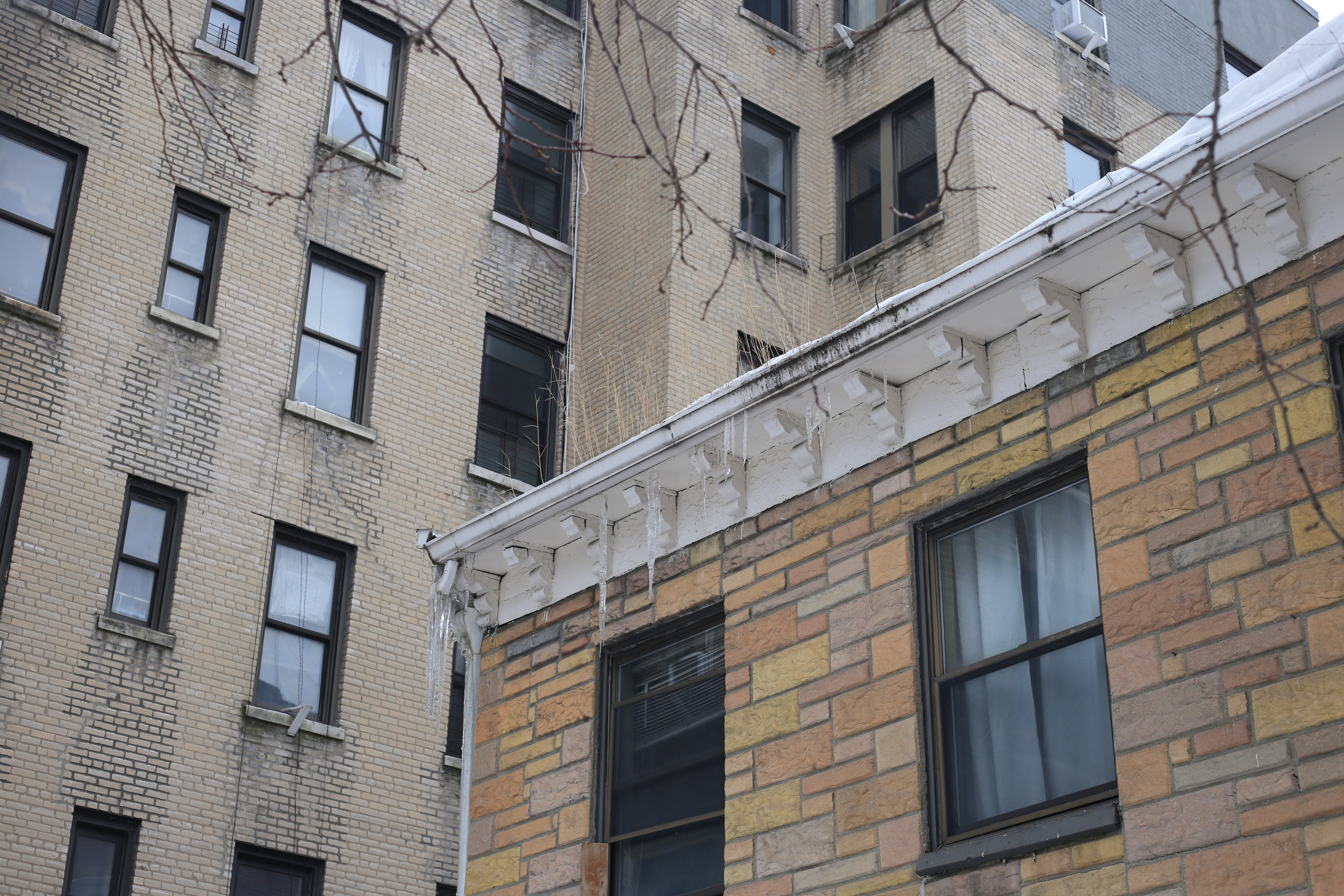 “There are numerous residences … of people who were iconic, really large figures in Harlem’s history,” Chin said.

Beyond its past of significant residents, 409 Edgecombe Avenue has also made history with the age of its scaffolding; in 2019, the New York Post reported that the building had New York’s longest-standing work scaffolding. 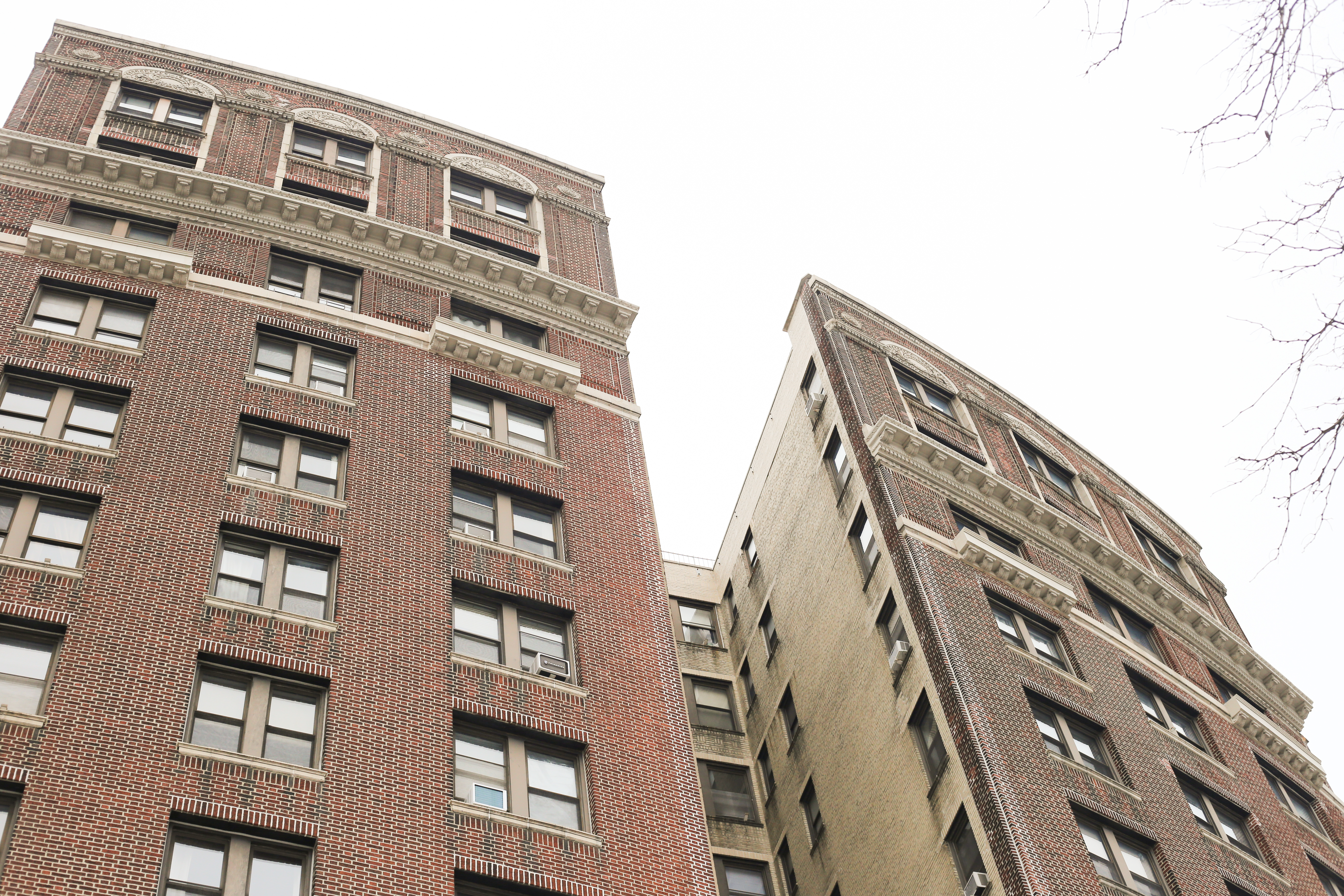 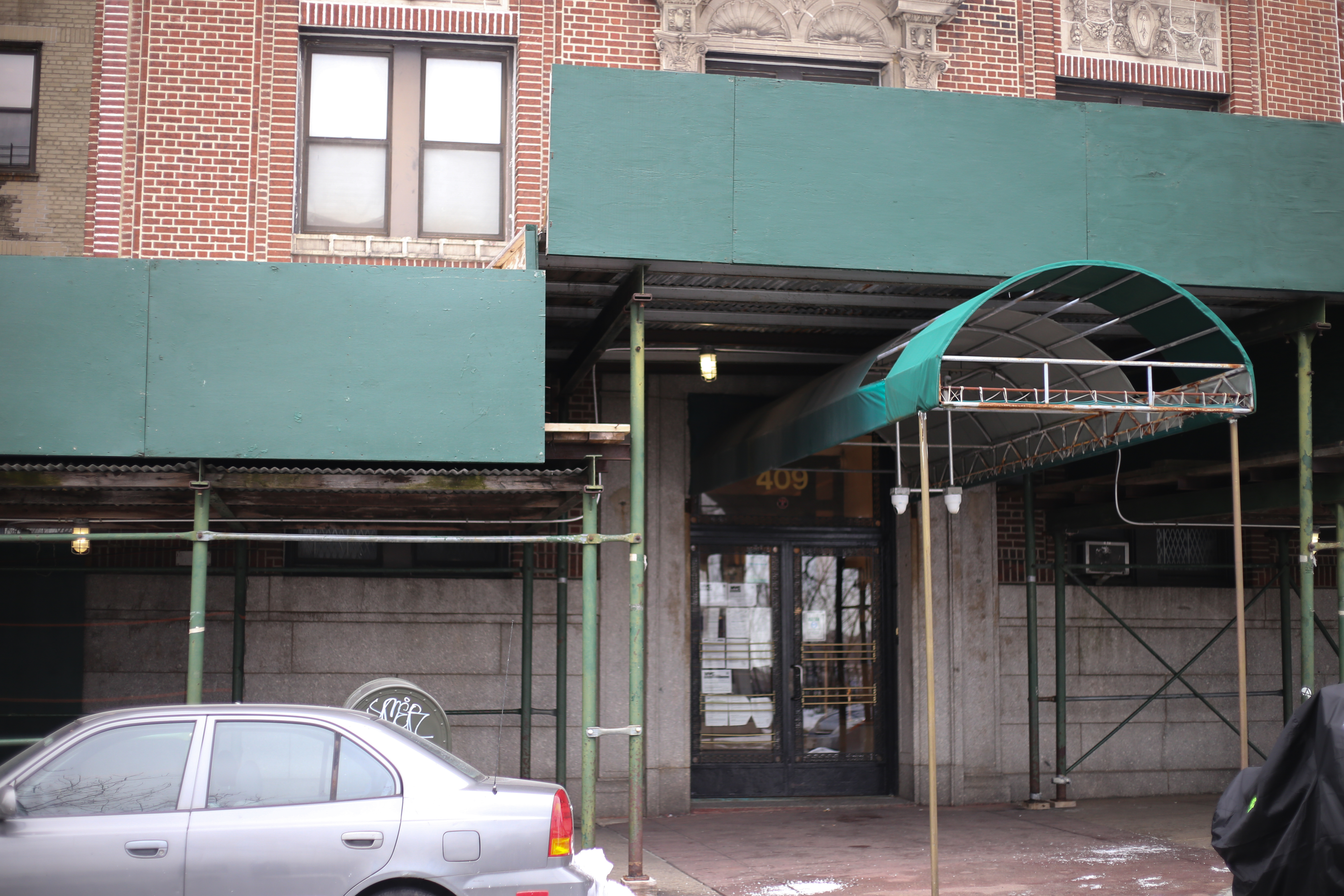 The Claremont Theater Building is now a furniture store, but in the past, its purpose was to showcase films. Located on the corner of Broadway and 135th Street, the theater opened in 1914, and its entrance was prominently featured in a 1915 short film by Thomas Edison, in which groups of men, women, and children are seen leaving the theater. Designed in a neo-Renaissance style, it has three distinct fronts, with one of its corners elegantly depicting an early motion picture camera set on a tripod. 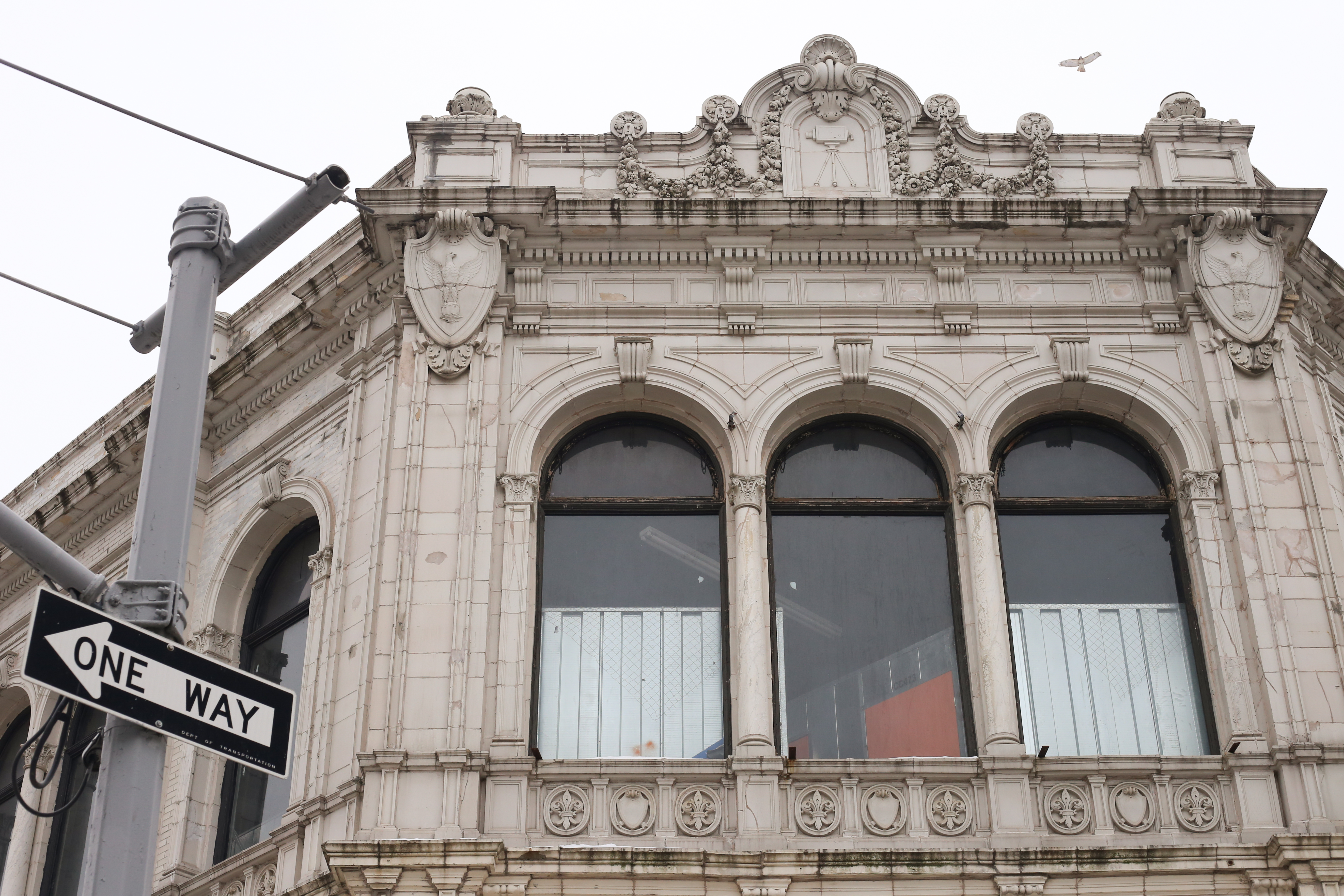 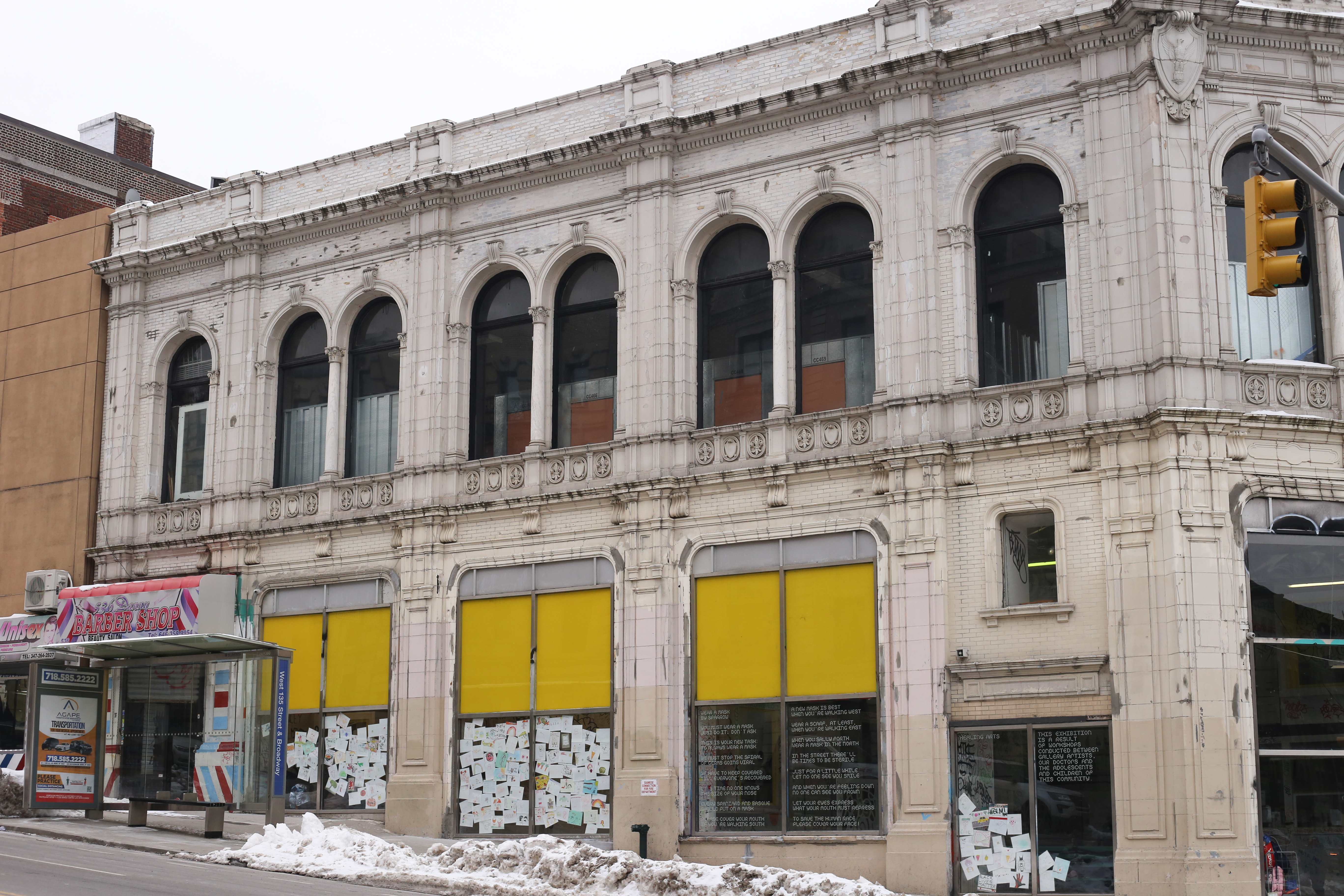 “A reminder of uptown’s elite past,” reads the Harlem One Stop website, a community organization that offers cultural tours of West Harlem, describing the Nicholas C. and Agnes Benziger House.

In March 1890, Nicholas Benziger and his wife Agnes purchased a lot at the corner of West 150th Street and Edgecombe Avenue. The purchase had stipulations—that only a “first-class dwelling” could be built and that it could only be a private residence for no less than twenty years. The mansion, which is decorated with a garden of flowers, grapevines, and chestnut trees, as well as a clay tile roof, has since served as a hospital, nursery, and permanent housing for the homeless. The house was restored in 1998, winning a Victorian Society in America preservation award in 2002. 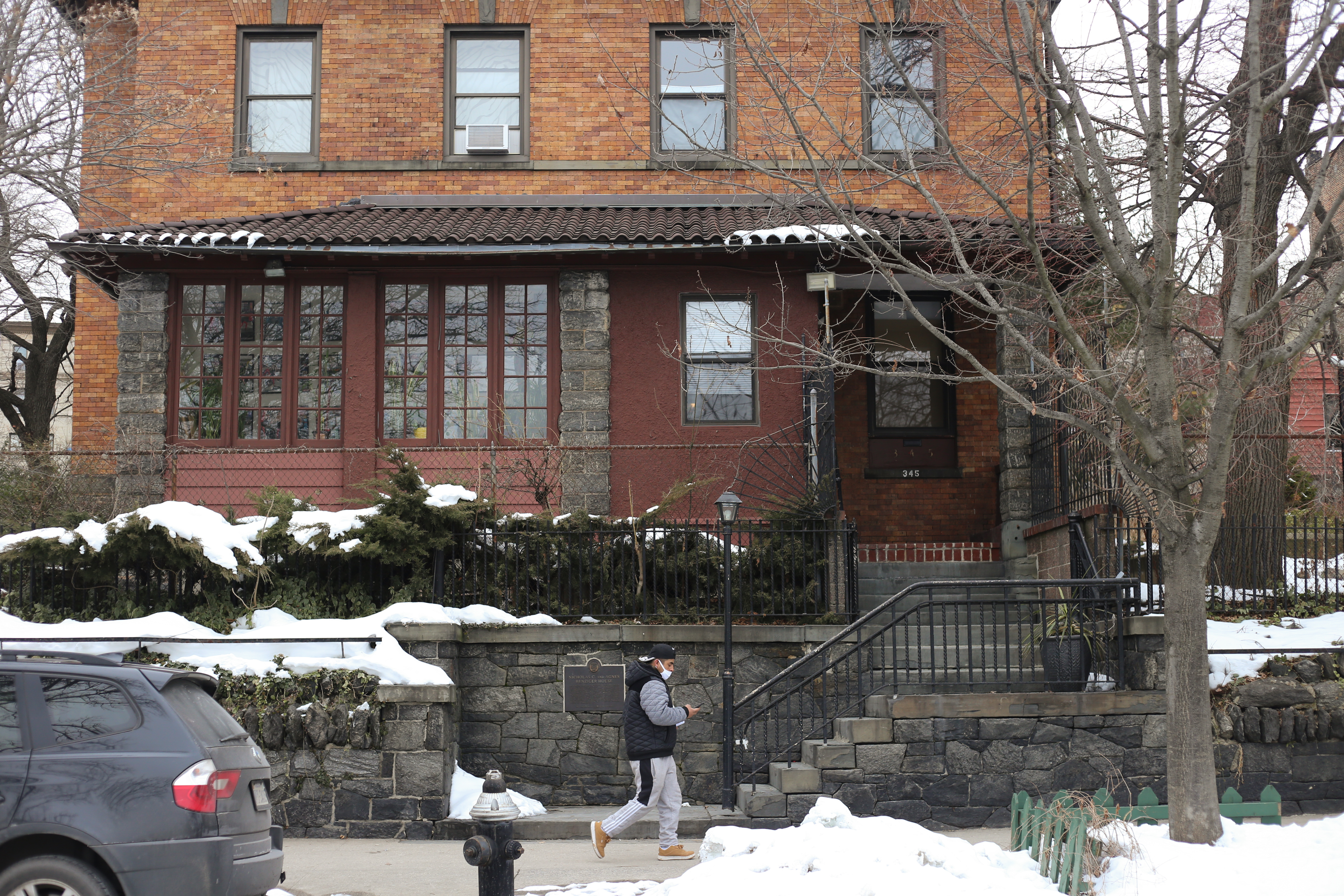 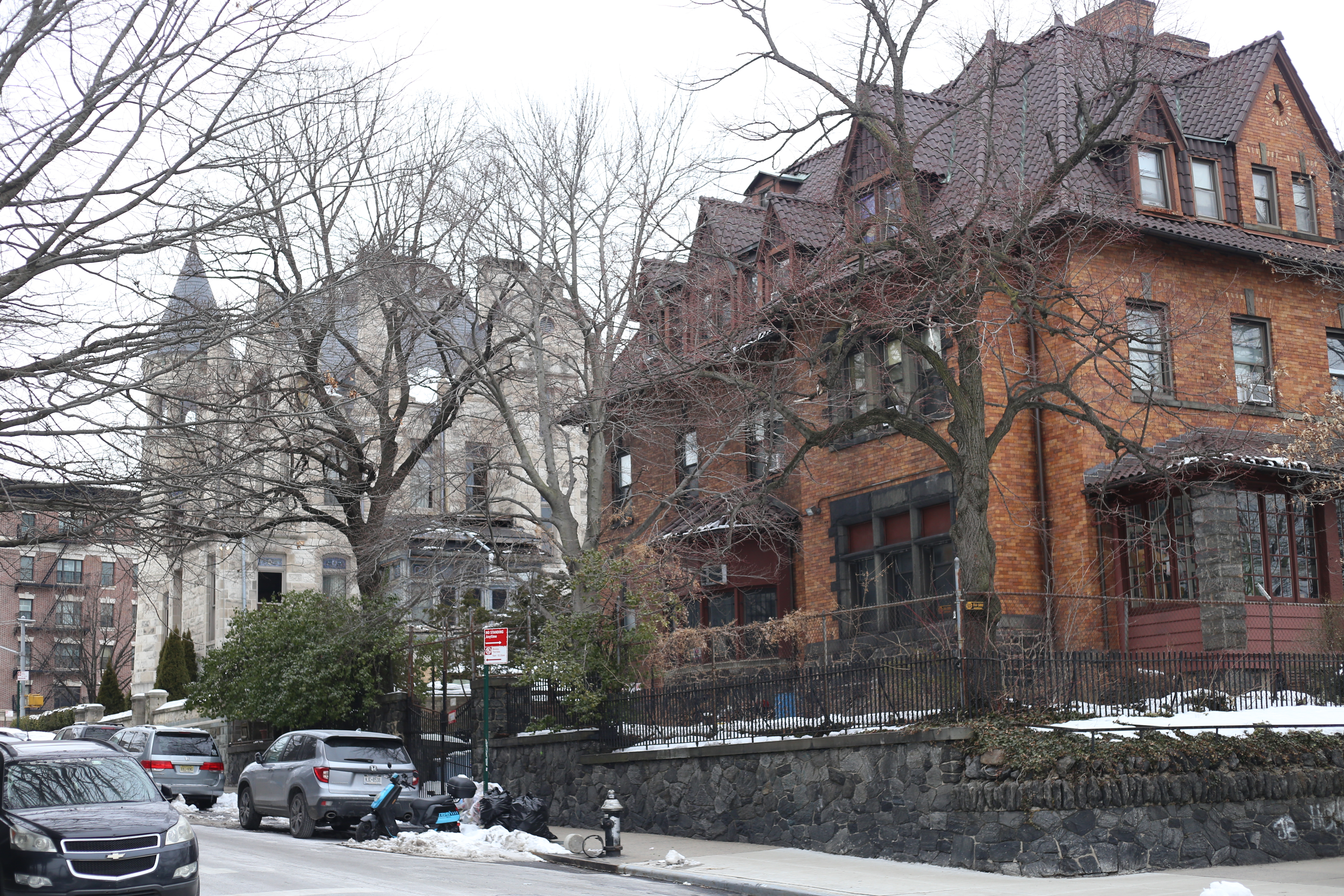 Another historic church in West Harlem, St. James Presbyterian Church sits between St. Nicholas Avenue and West 141st Street, near St. Nicholas Park and City College of New York. The 1904 neo-Gothic structure has a long history of leadership by radical Black ministers and descends from the Shiloh Presbyterian Church, which was a leader of the abolitionist movement and is linked to the Underground Railroad. Shiloh was originally located on West 32nd Street, but the church would migrate several times before settling in West Harlem in 1927, as one of many Black congregations to relocate to Harlem in the 1920s as the Harlem Renaissance took off.

Like Convent Avenue Baptist Church, St. James has heavily engaged with the local community and has founded a number of community initiatives, including the Harlem School of the Arts. 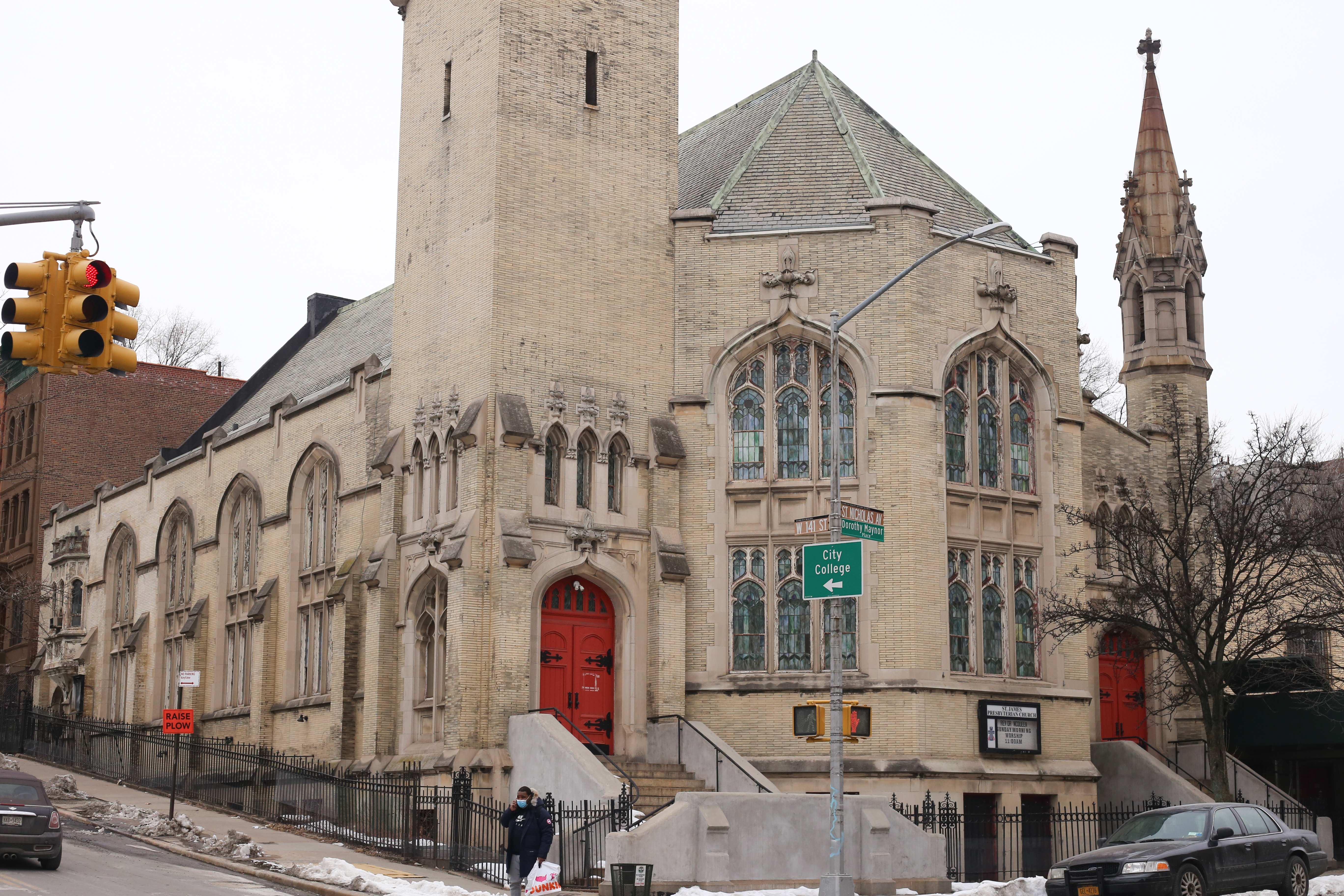 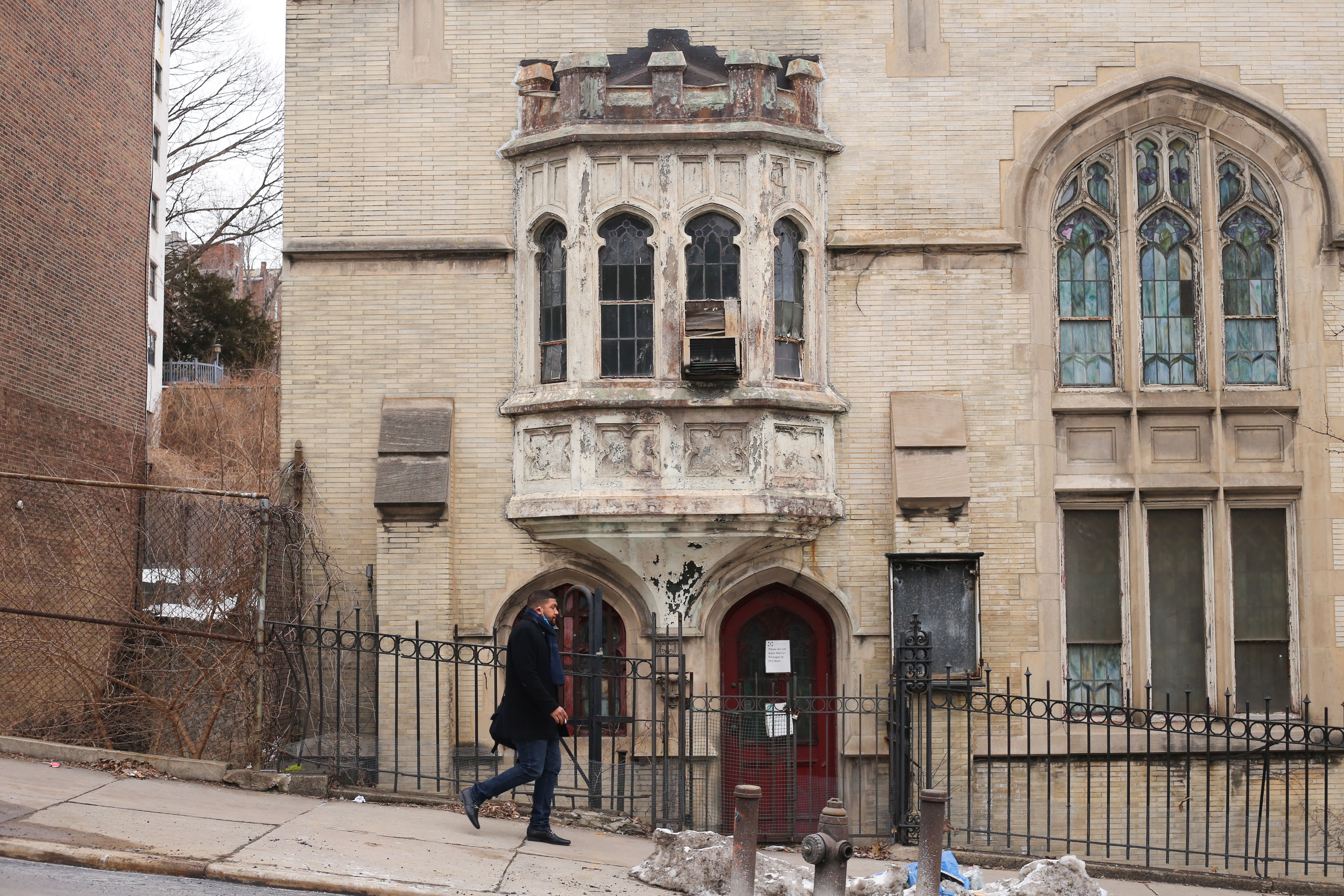