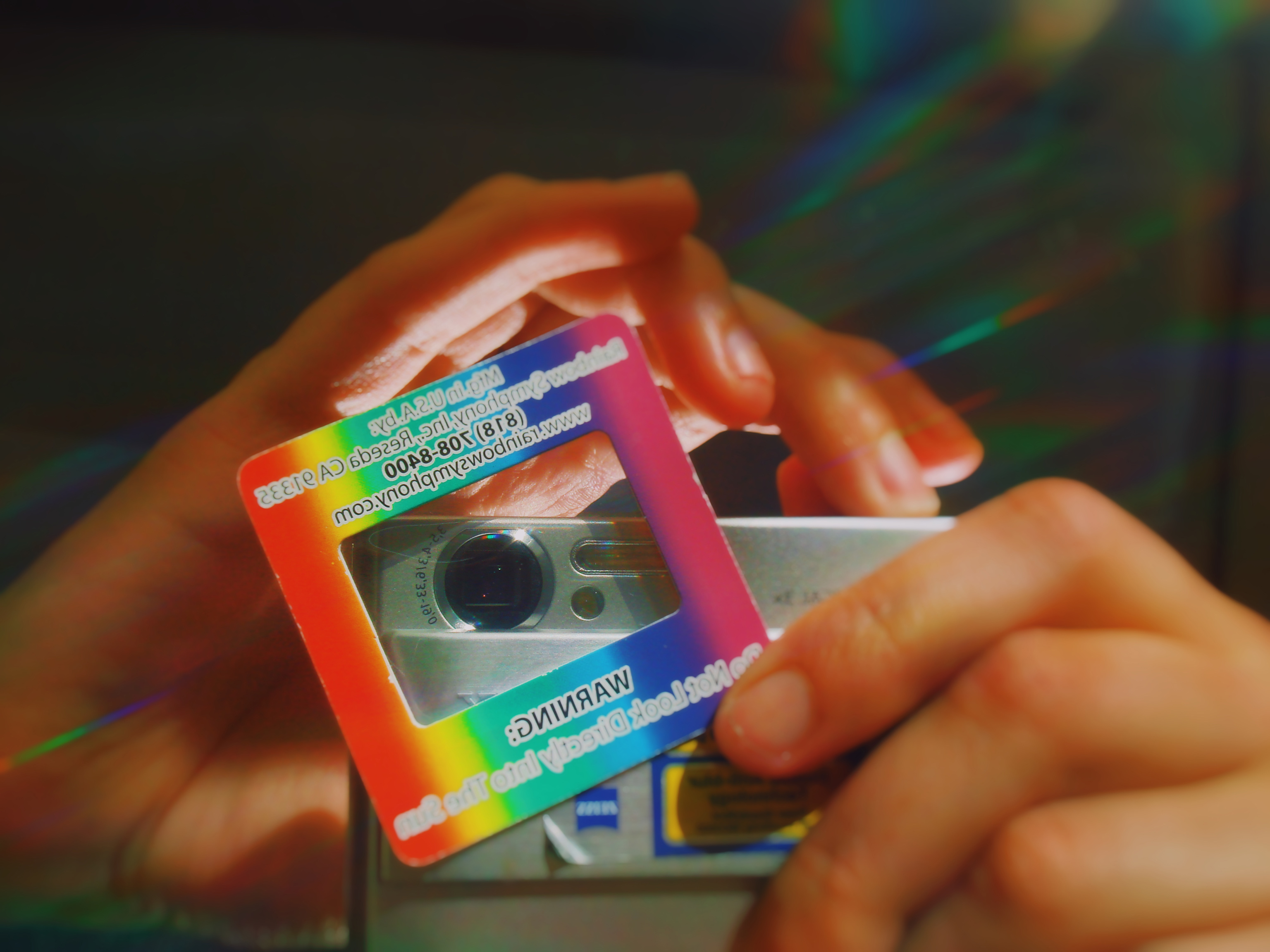 In the fall of 2018, I was a typically overwhelmed first-year searching for creative outlets to balance the intimidating trainee work I did as a Spectator photographer. Predictably, I followed hundreds of creatives on social media for inspiration; my favorite at the time was Brooklyn-based photographer Bảo Ngô (@baohngo), whose work appears on the cover of Mitski’s critically acclaimed album “Be the Cowboy.” 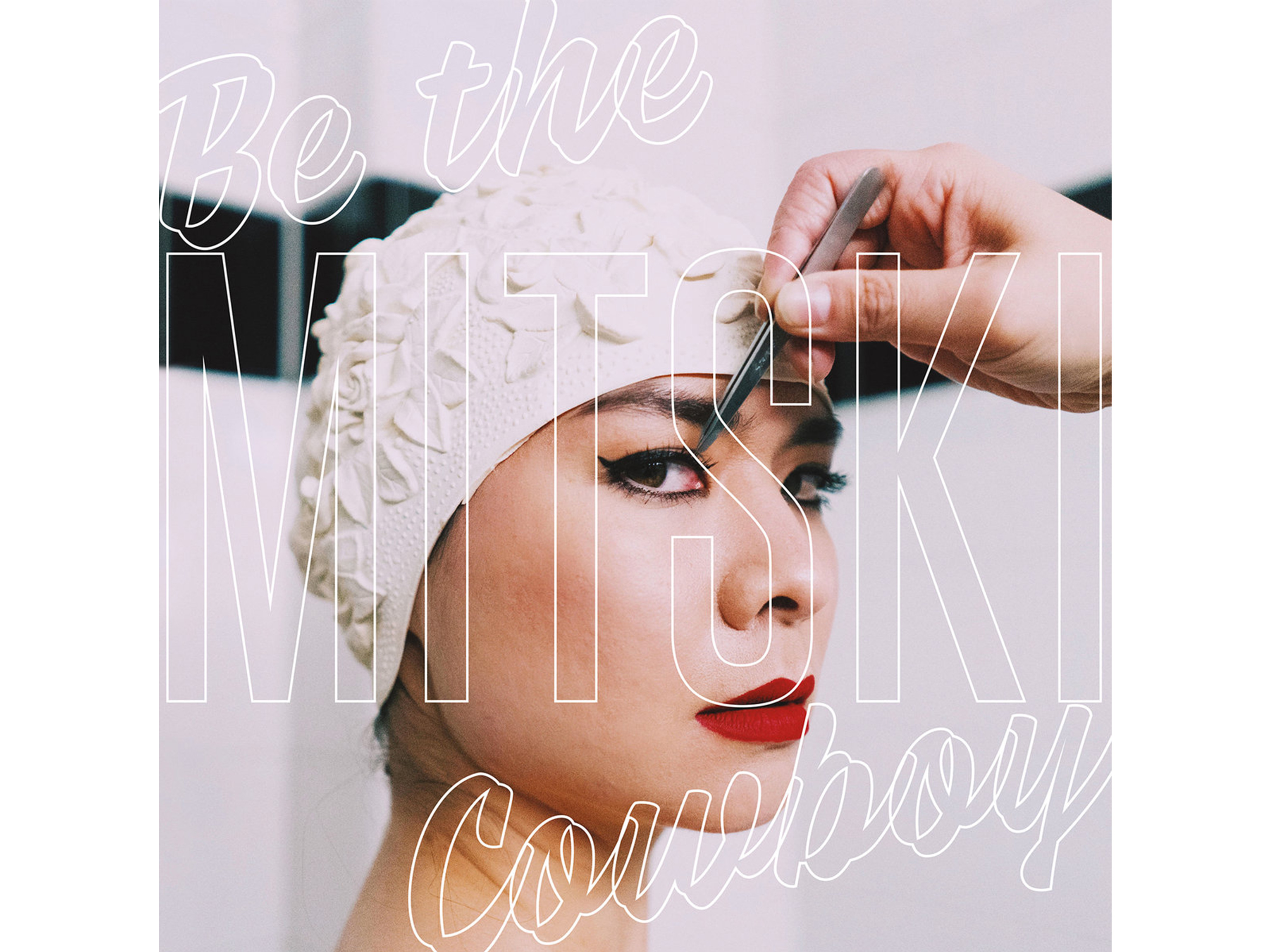 Ngô's portfolio stood out as colorful, cool, and cinematic. I was captivated by the grain—or visual noise—in many of her photos. She challenged the norm of mainstream photographers who avoid grain and blurriness in their work. Modern imaging technology can eliminate any noise or aberrations. The reigning opinion now is that photography has progressed past the need for noise. It was unique that a professional photographer like Ngô not only sought out noise but achieved the effect without trendy—and costly—film stock. 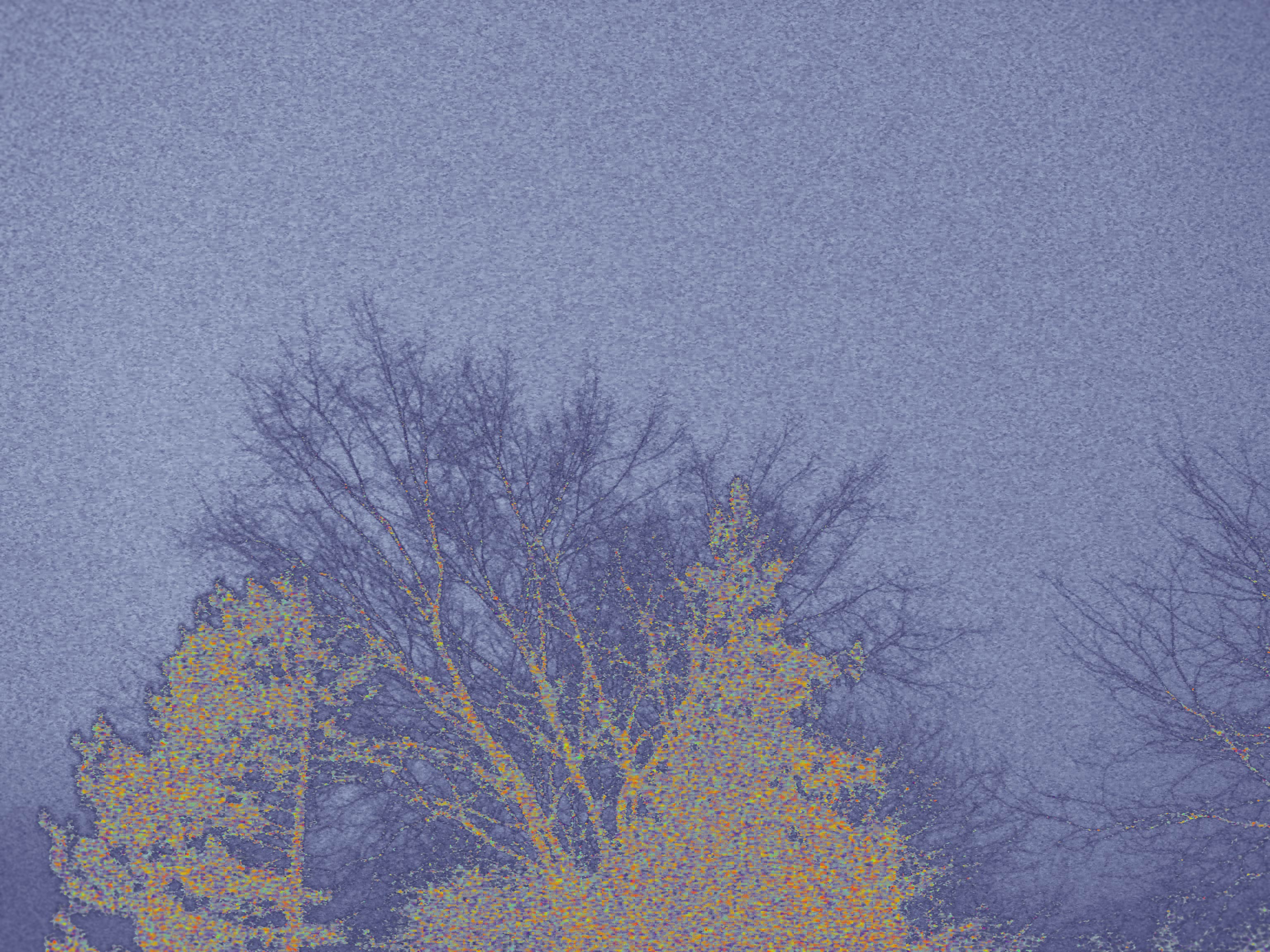 An extreme example of noise. Pictured: a group of treetops.

Through Instagram stories and Twitter anecdotes, Ngô discussed how she used a small, cheap Sony point-and-shoot, or a “digicam,” to achieve the dreamy grain quality of many of her shoots. This was both surprising and nostalgic for me; digital cameras seemed like fossils of the 2000s, forever caught in the awkward age of Myspace. Funnily enough, I had learned to shoot my first photos on a tiny Fujifilm, which I loved to taped-together bits. It was a full-circle moment to sit in my cramped dorm room after years of crafting a name for myself as a “Serious Photographer with a Nice Camera” just to realize that my favorite professional work was photographed with a dingy Cybershot. In fairness, this is retrospective––at the time of manufacture, digicams sat at the cutting edge of memory-making technology. 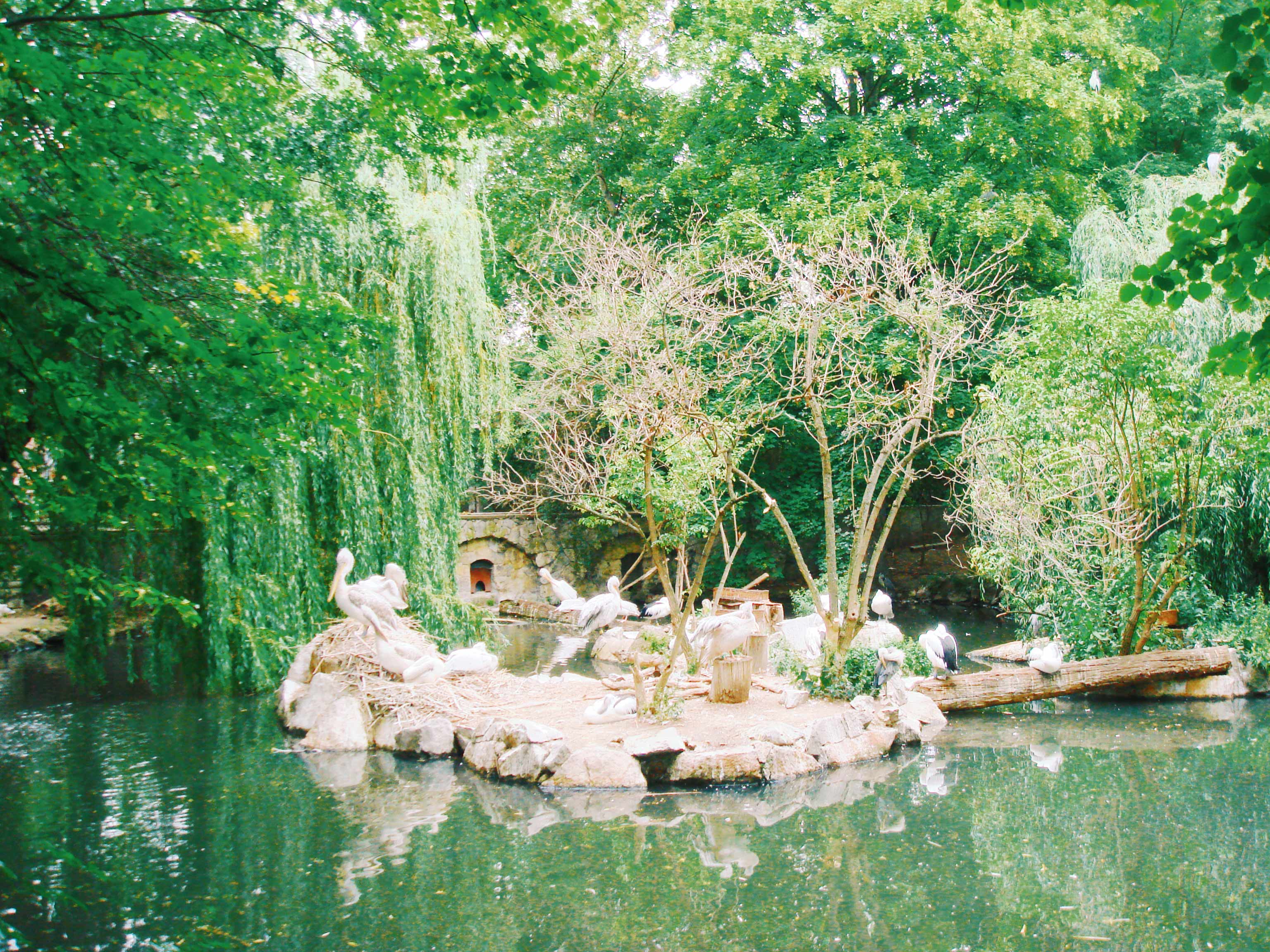 Flamingos at the Zoologischer Garten Berlin in the summer of 2019.

Digicams are dinosaurs, to the point that when I first pitched this photo essay, most of the Spectator photo team had no idea what I was talking about. I don’t blame them. Digicams truly are from another time. At their peak, most of us were pre-iPhone children annoyed by our parents photographing everything we did. That an aging piece of technology from my childhood, routinely abandoned in dusty basements, could be celebrated for its quirks was a radical concept. The digicam continued to stick with me, even as popular photography discourse became an advertisement hellscape of either the newest, shiniest, and most expensive camera models or the most niche vintage equipment. 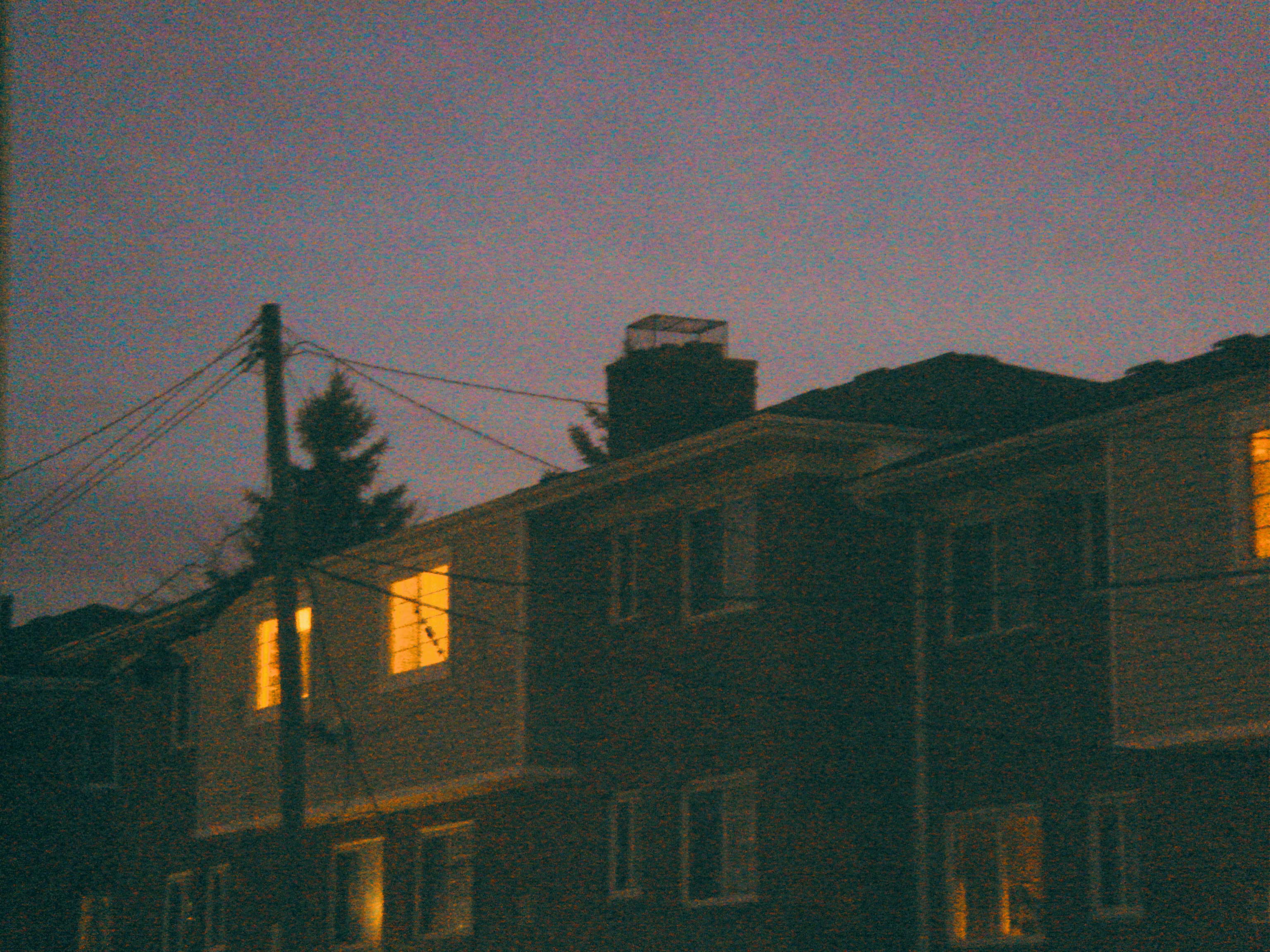 An apartment complex at night in Michigan.

Full disclosure: I still shoot with the camera equivalent of a luxury car, and I’m incredibly privileged for the flexibility and opportunity it has afforded my work. But quality gear should not be conflated with quality photography. The equating of the two prevails in mainstream photography circles, and what many consider “good” photography remains inaccessible. It’s disgustingly unaffordable.

The popular “smartphones single-handedly democratized photography” argument does not solve this problem. Smartphones are expensive, and while they have empowered people to become photographers, they do not replace the unique perspective any one person brings to the photographic process. Sharp lenses don’t necessarily give anyone the talent to conceptualize or compose a beautiful shot; a great photographer could create compelling images on a Motorola Razr. So, yes, anyone can take photographs these days, but transcending the narrative that a machine does all the work is what turns a person into a photographer.

Realizing this felt like a fever dream. I rushed onto eBay and bought the camera model that Ngô recommended in a cloud of pure creative excitement. I’m now the proud owner of a secondhand $35 silver 2006 Sony Cybershot DSC-T10.

Holding the Sony Cybershot with a light diffraction slide in the mirror.

I’ve toted this camera around everywhere: to Berlin during a Columbia-sponsored summer study abroad program, on campus before the world fell apart, and during quarantine in my hometown of Ann Arbor, Michigan. 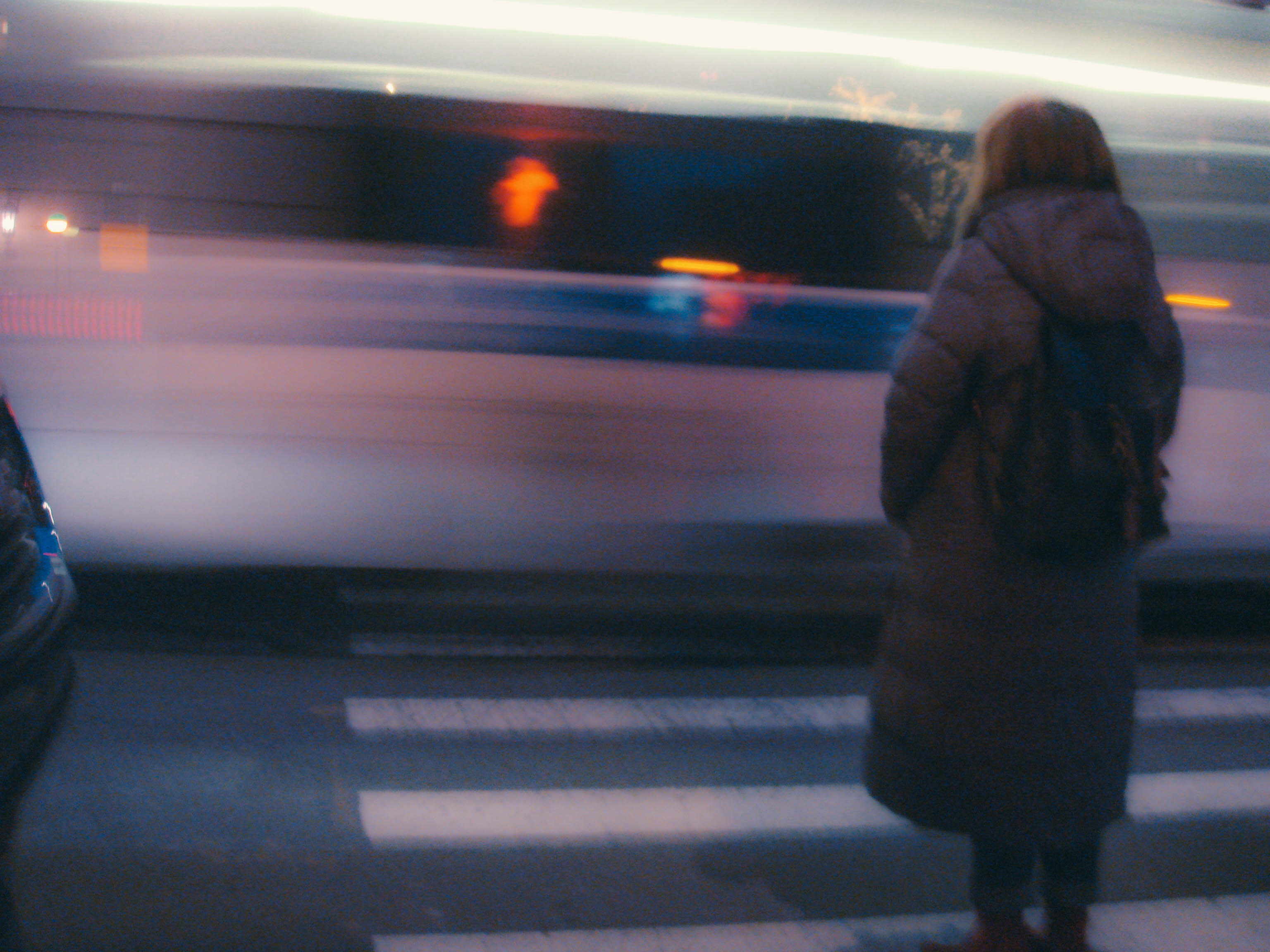 A bus passes by a pedestrian waiting to cross the street into Columbia’s campus. This was one of my first digicam shots. 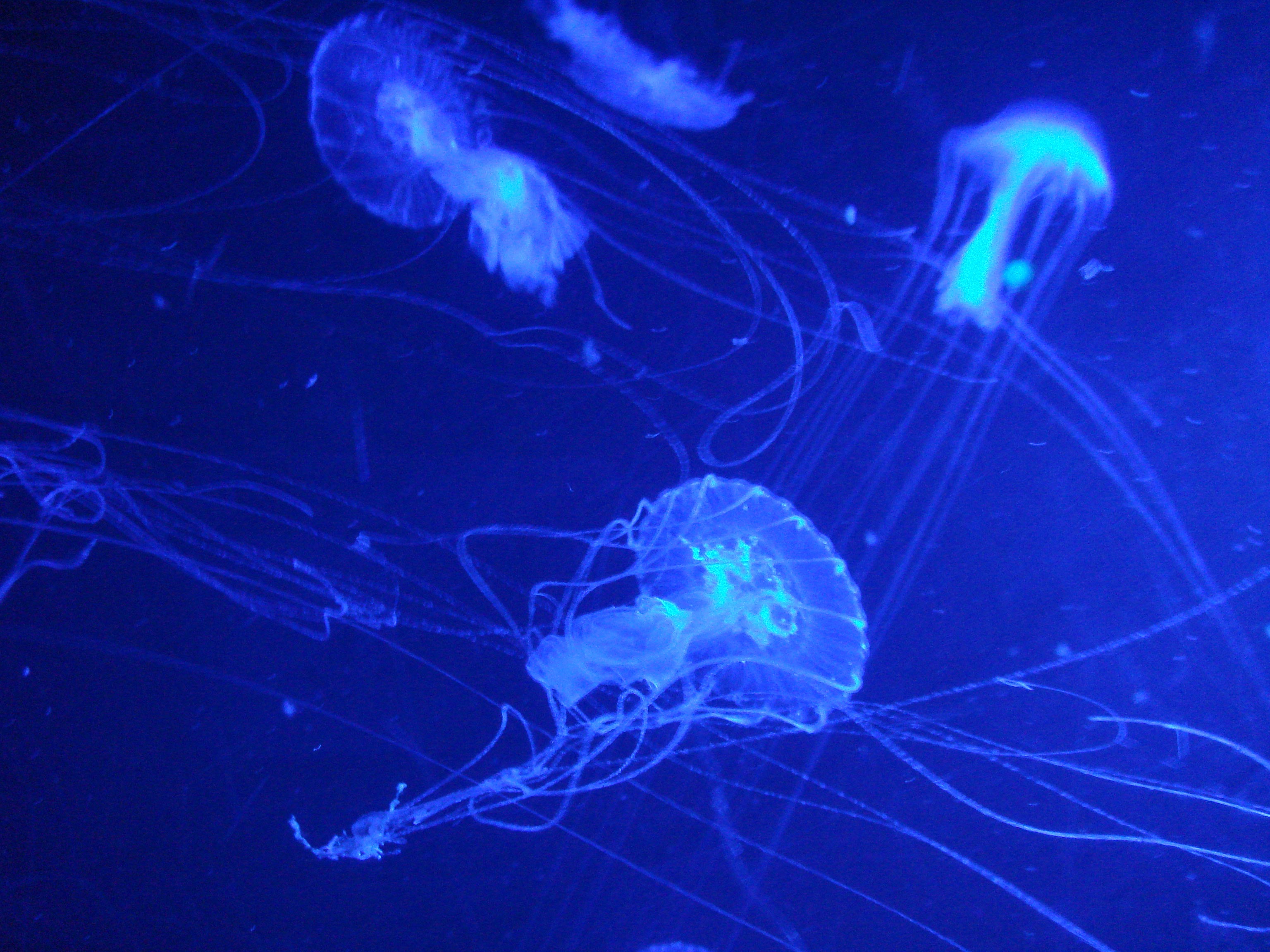 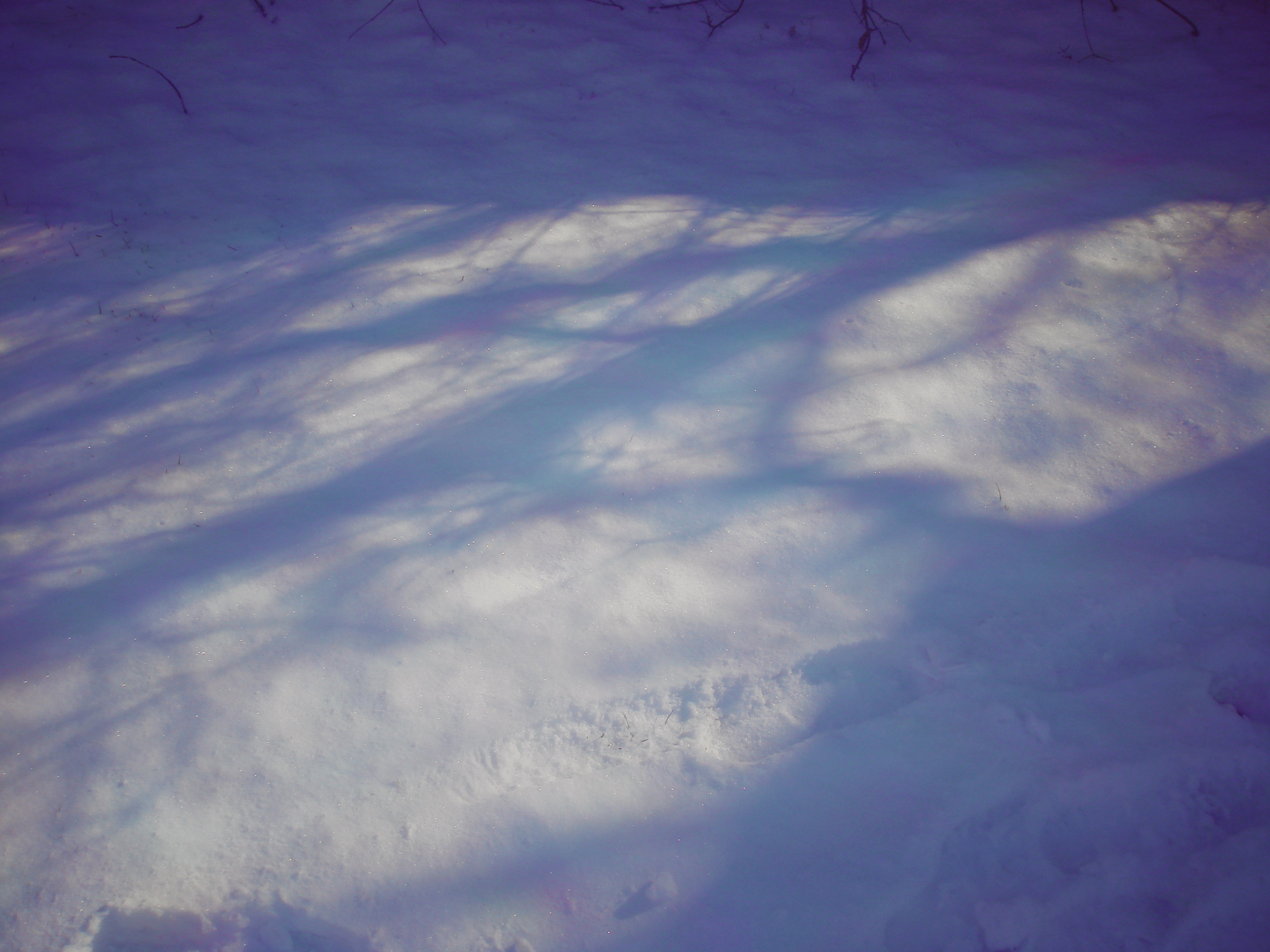 Observing shadows on a patch of Michigan snow.

I fell in love with the Cybershot’s nostalgic grain and distortions. An obvious analogy to these aesthetic effects is film, but the crunchy digital texture of my digicam is likely more familiar to my peers. Musician Brian Eno has explained the allure of these imperfections, writing in a 1996 book that “whatever you now find weird, ugly, uncomfortable and nasty about a new medium will surely become its signature.” 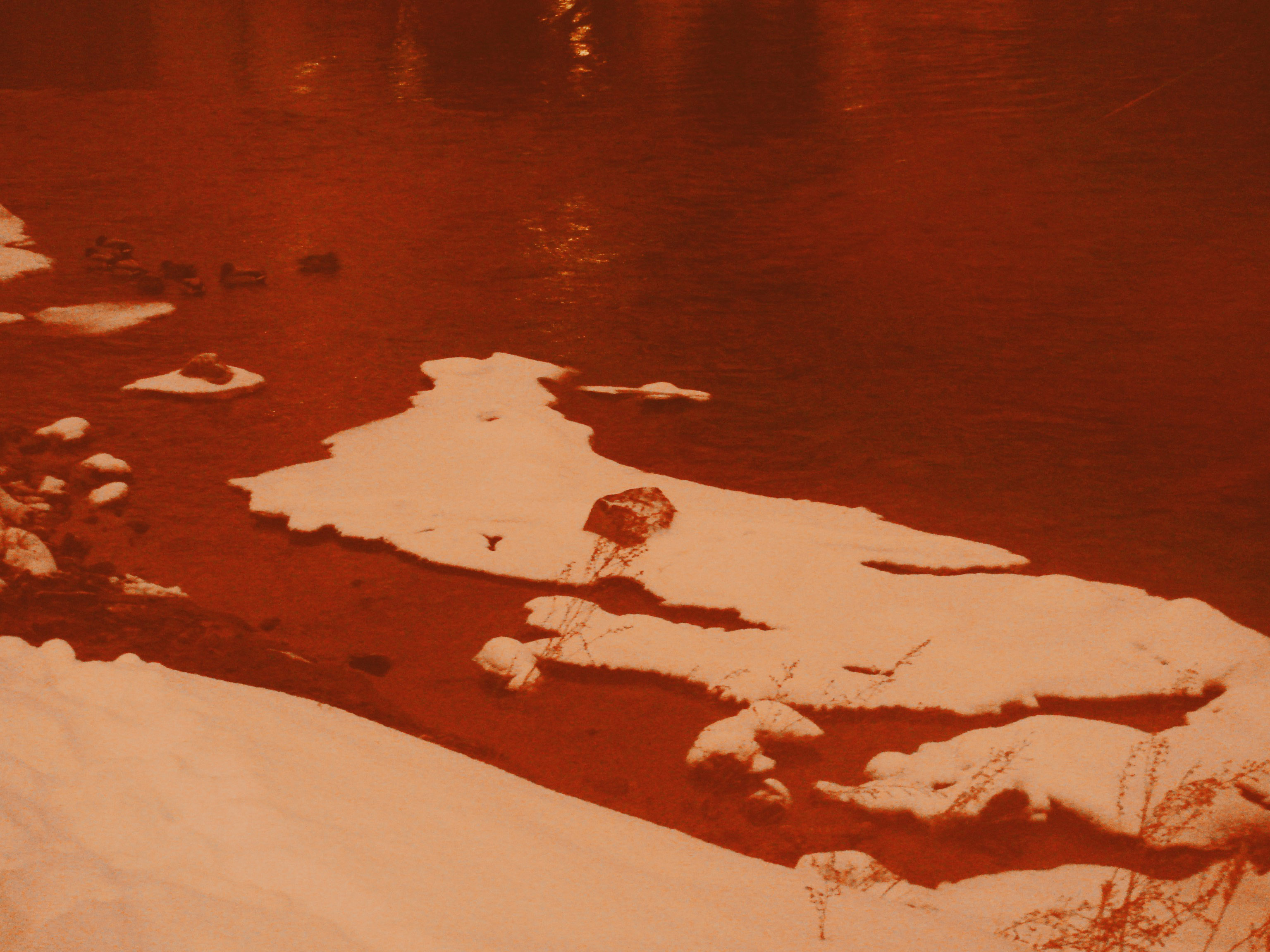 A local river at night. 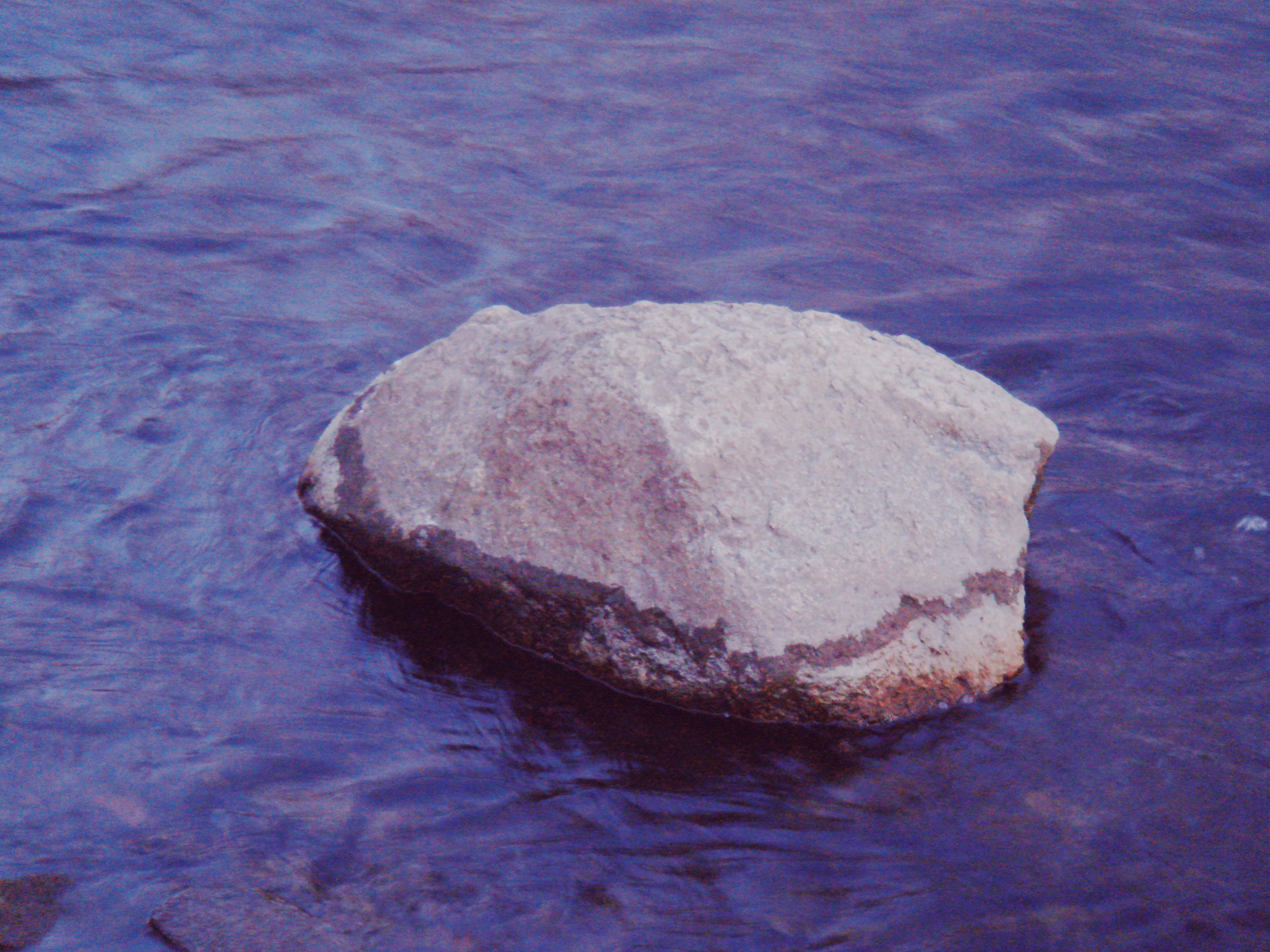 A rock in the same river during the day. Considered by some to be a “very nice rock.”

The Cybershot turned out to be full of contradictions. Its comically fragile body provided portability unmatched by any digital single-lens reflex or mirrorless camera. While it was discreet and low-profile, it suffered from a sticky shutter, like an old-timey film camera 60 times its price. However, stuck in Michigan and terrified by the world, I slowly found joy in substituting my main gear with something lo-fi. I also found a community of digicam aficionados on @digicam.love, an Instagram page and Discord group run by Ngô herself and dedicated to “highlighting modern users of forgotten digital point & shoots.”

After a year with my Cybershot, I began adding a sort of visual seasoning to my photos with a small light diffraction gratings slide. I acquired several of these little holographic squares from two Barnard physics majors who had leftover materials from an advanced optics lab. The exact science of the diffraction slide was lost on me but it didn’t matter. The effect was gorgeous and surreal all the same. 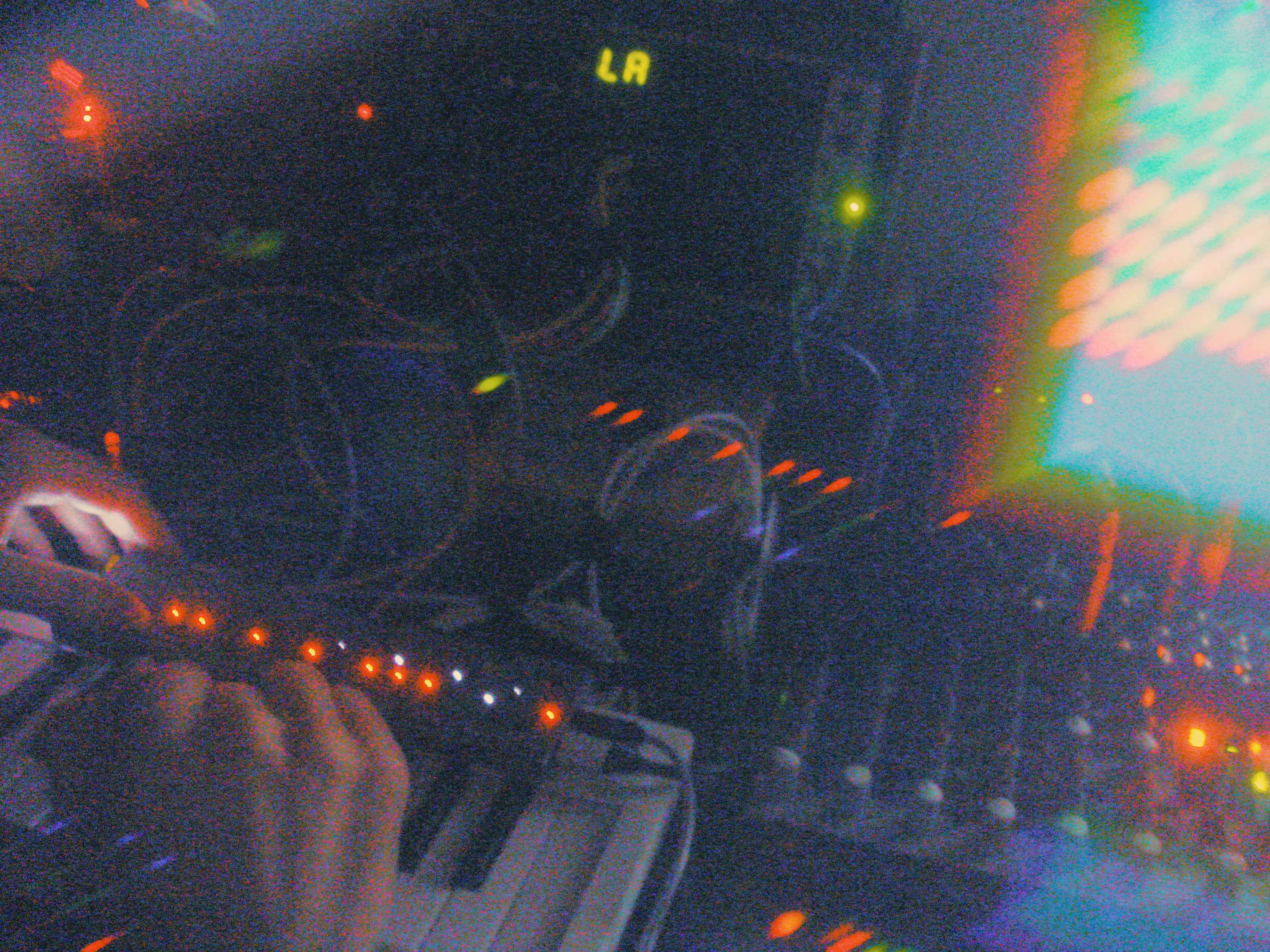 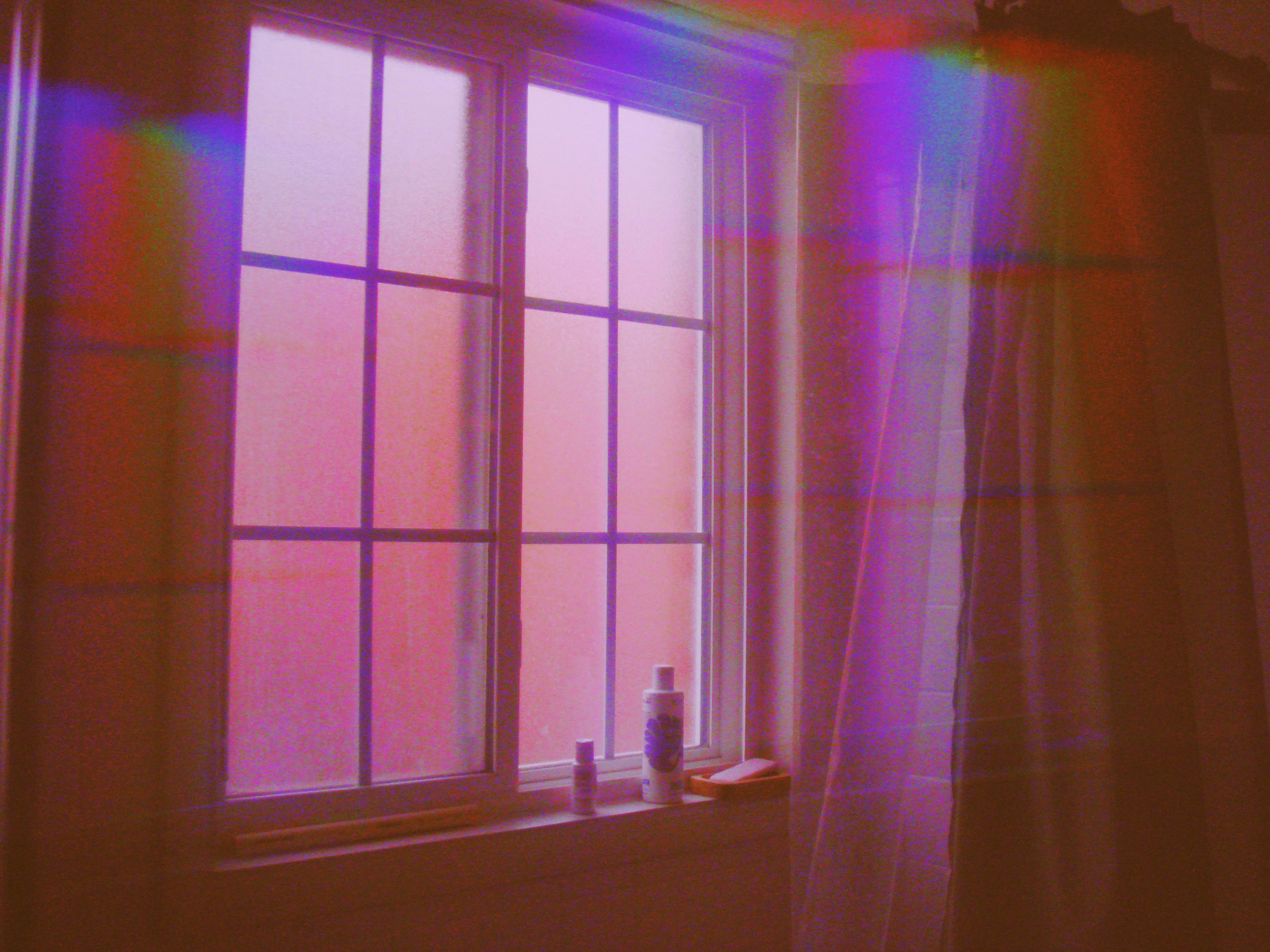 This set of three photos shows the advantages of using a diffraction slide. Notice how certain types of light are lifted, duplicated, and emphasized for an ethereal effect. Top: Woman working on her laptop. Middle: Up-close shot of a person’s hands fiddling with a Teenage Engineering OP-Z Pocket Synthesizer. Bottom: Bathroom window with diffused pink-toned lighting.

I’ve since misplaced all of those squares. This has led me to a promising—I say “promising,” but really it’s whatever pulls me out of depressive episodes—next stage of my personal photography, which is researching various diffraction patterns, materials, and distortions. Honestly, it’s hard to say exactly what I want to do. Despite the sunny and vaccinated summer up ahead, the world still feels astonishingly bleak. I’m glad I have my silly little camera, and I’m hopeful others might be discovering different forms of creative expression too––whether or not it’s for the algorithm. My digicam reminds me of an era when the utility of capturing personal memories was a certain kind of sacred. If being a creative student surviving a pandemic has taught me anything, it is the immense value in recycling that specific brand of nostalgia to craft images that transport me not to the past but an ideal present. 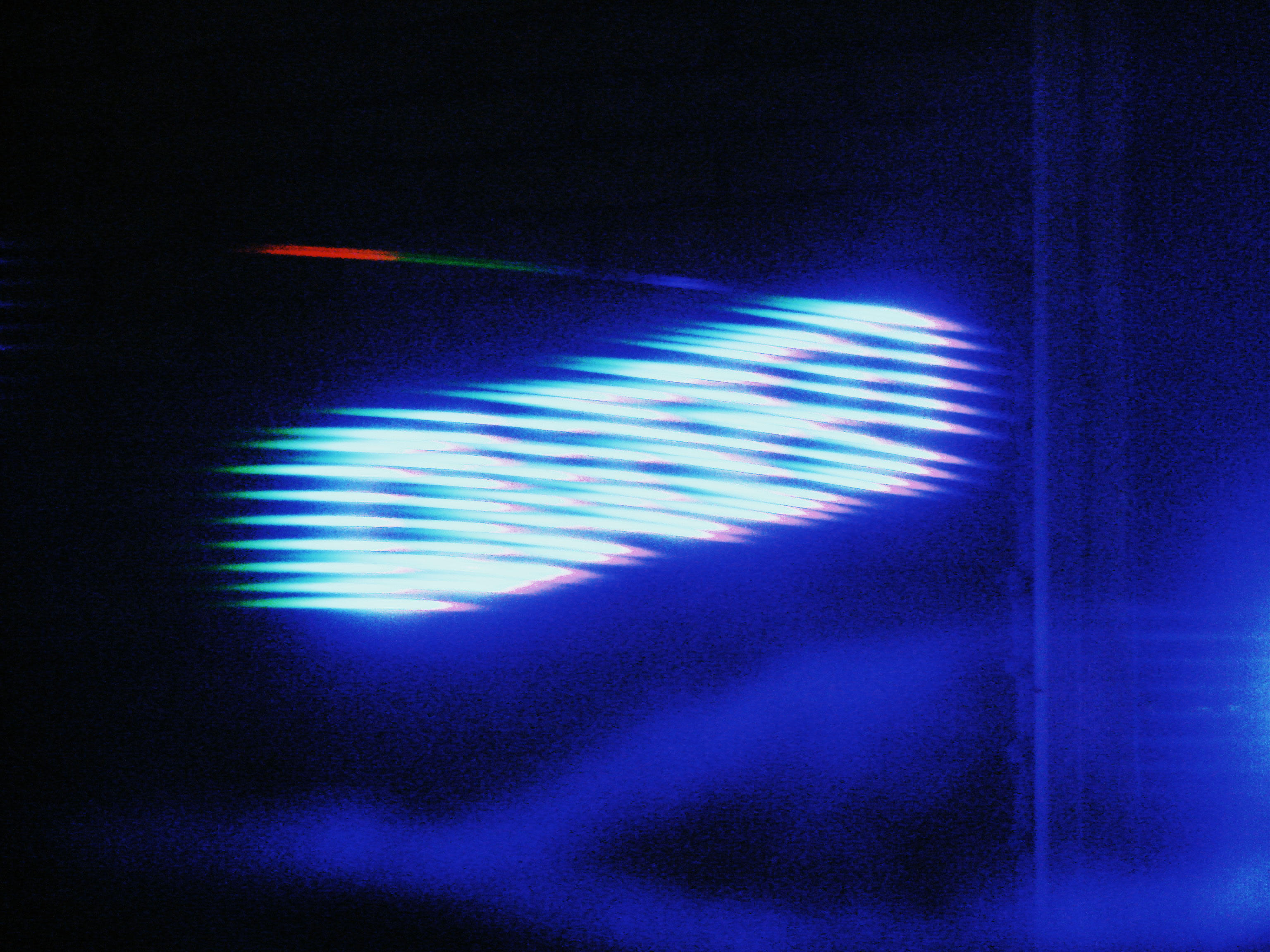 Follow Gabi Levy’s digicam experiments on Instagram, stalk them on Twitter, or find both their pre-COVID-19 and remote photography lounging around the virtual pages of The Columbia Daily Spectator.