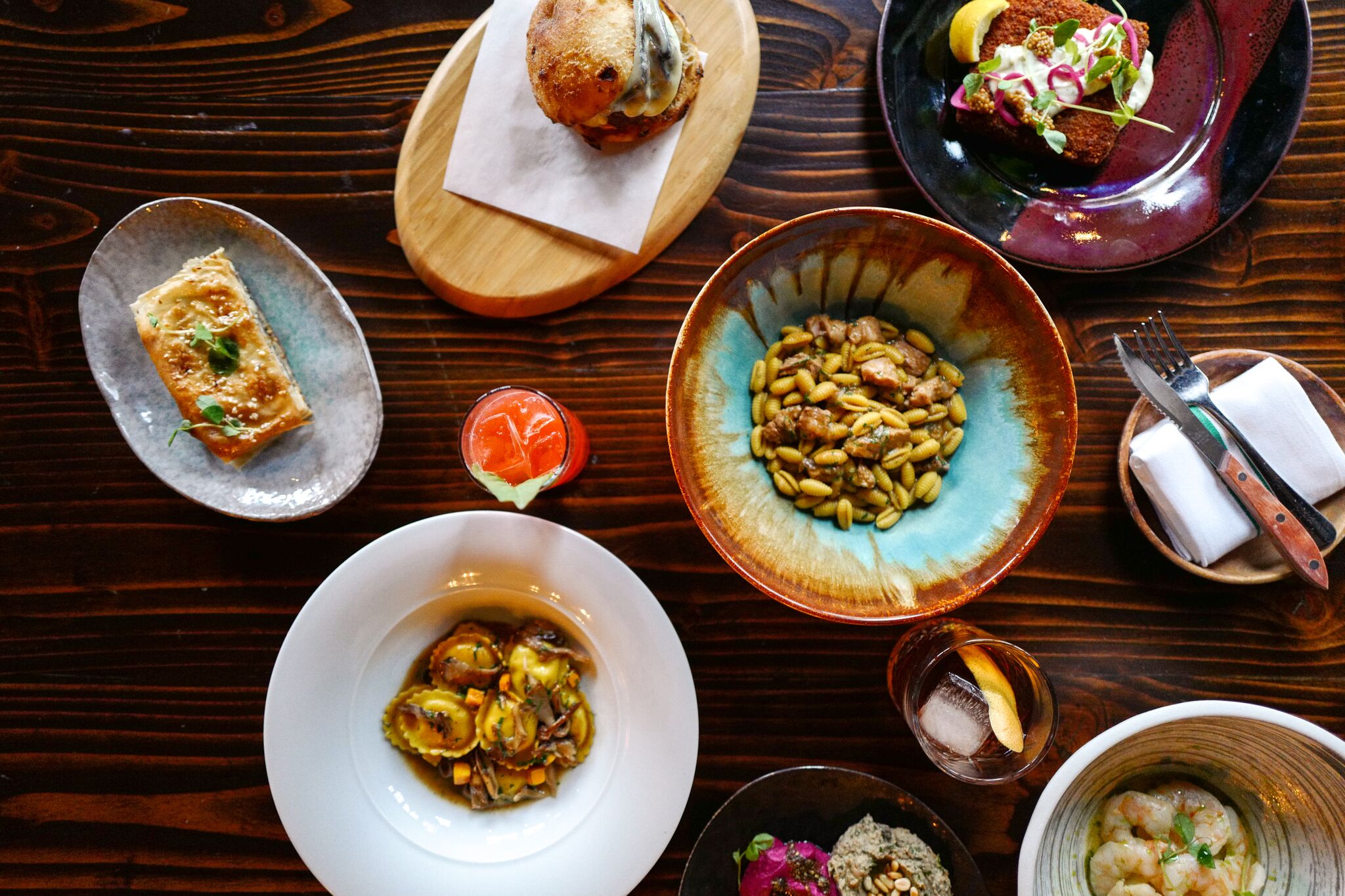 While you might expect darkness in a place described as “infamous,” in fact, Amsterdam Avenue’s newest opening, Infamous Bistro, has none of that. Instead, light pours in through a wall of windows and into the spacious and verdant new neighborhood spot. On a spring afternoon, the restaurant comes alive with sunshine and the smell of the fresh cut flowers that rest on every table. But the warmth of the space is not just the product of the windows and the interior design; it is the product of being in a place where the staff are deeply connected and loyal to each other. In other words, a family. Jelena, the Creative Director of Infamous Bistro, explains, “My title used to be general manager, but I didn’t like that. I mean, I’m not managing anybody. I see these people every day and, even when we’re not at work, we’re still together and hanging out. We’re friends, but we’re also family. I’m not a manager of my family.”

This theme of family and close connection extends to everything at Infamous Bistro. Many members of the staff, from the kitchen to the front of the house and then back to the owners of the restaurant, are from Balkan Europe. As a result, English flows in and out of Serbian, and the staff are able to converse fluently on more than one plane. Jelena and other members of the front of the house remarked on how much of the culture of Serbia, how much of the friendliness, compassion, and loyalty that she associates with her first home country, carries over into the restaurant because the staff has a large Balkan representation. But family is present at Infamous Bistro beyond shared national identities.

Chef/owner Zivko Radojcic grew up in Belgrade, Serbia’s capital, and came from a family of pastry chefs and cooks. One of his aunts was, in fact, a pastry chef for Tito, the Former President of Yugoslavia. His grandmother owned a restaurant in France before moving to Serbia. And though cooking is in his blood and in his bones, Radojcic had not always planned to be a chef. Instead, his first passion was soccer, which he played throughout culinary school and then played professionally after he graduated. But, as a goalie, he had to exert himself and sustain injuries often, and he decided to keep playing soccer, but only as a hobby. After that, he worked in restaurants in Belgrade, and then in New York, making a name for himself in a new city.