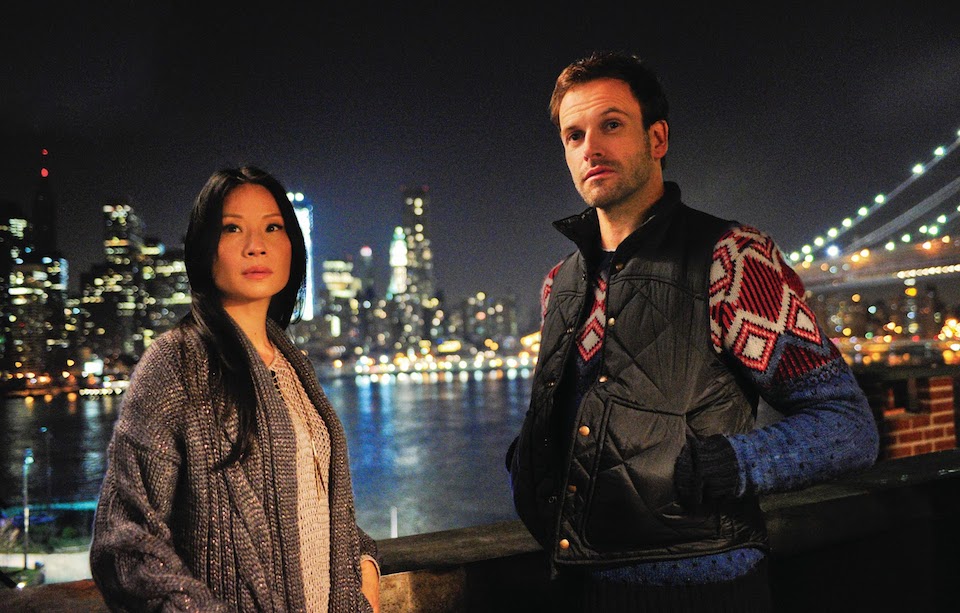 According to the flyer below, "Elementary"—aka the superior Sherlock Holmes TV adaptation—is filming in the area of 116th Street and Morningside Avenue. 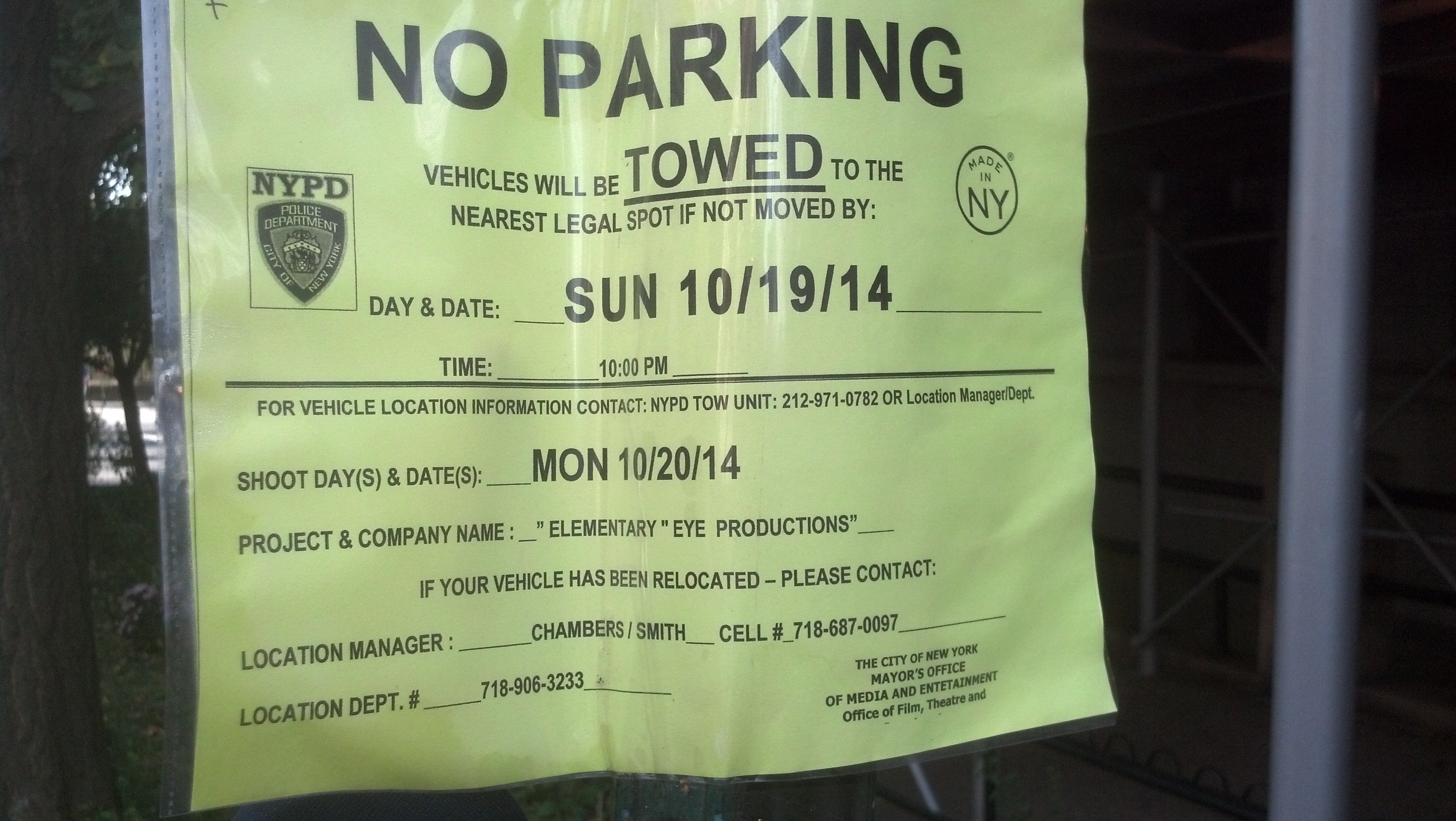 Across the street, we found a truck full of production equipment, and on 115th, there were four trailers. A man standing nearby directed us toward Morningside Park, which was crawling with patrolling TV people who tried as nicely as possible to get us to take a different route. But we could see the set from Morningside Avenue, so we took the long way down in the hopes of getting closer. 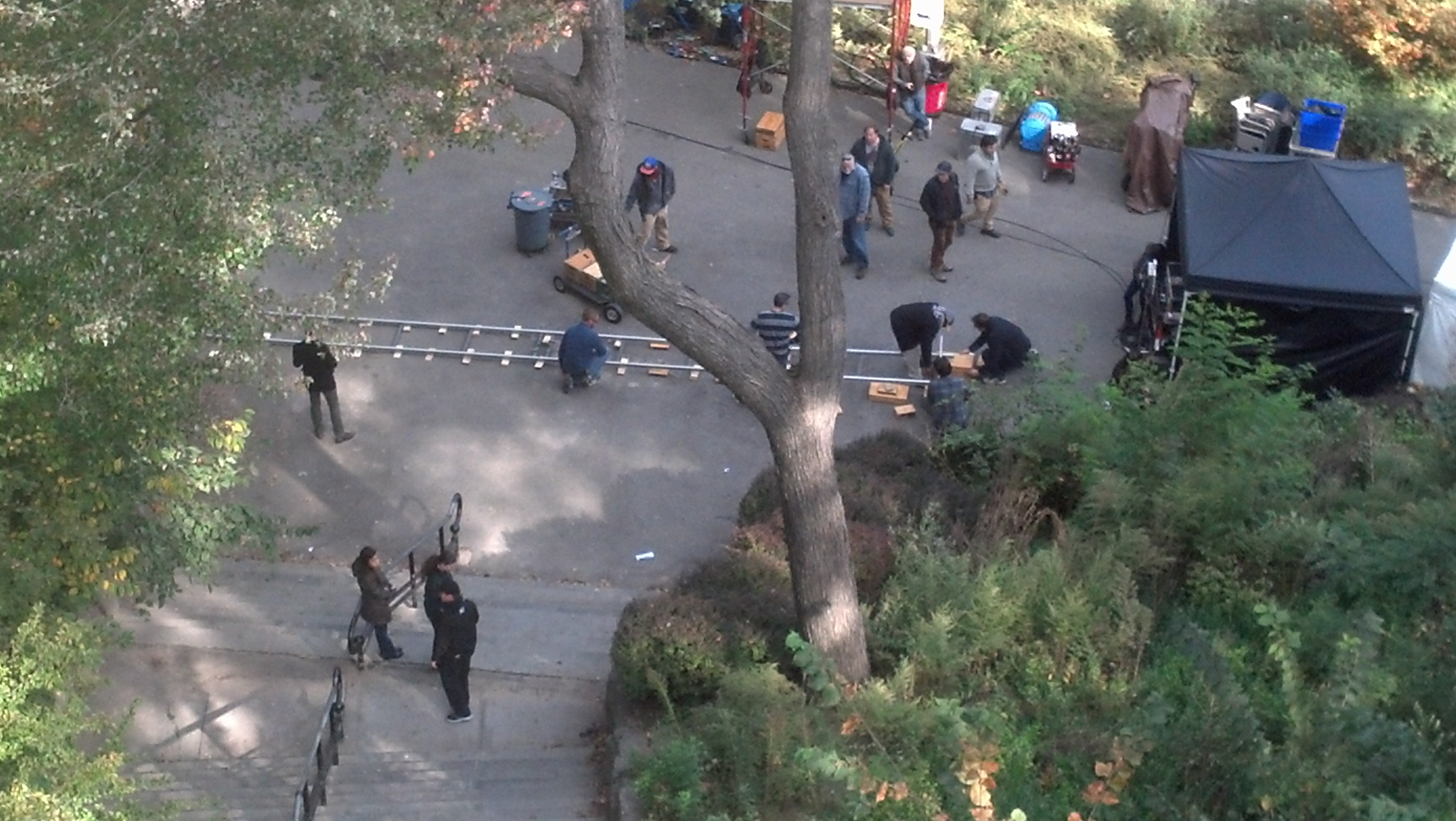 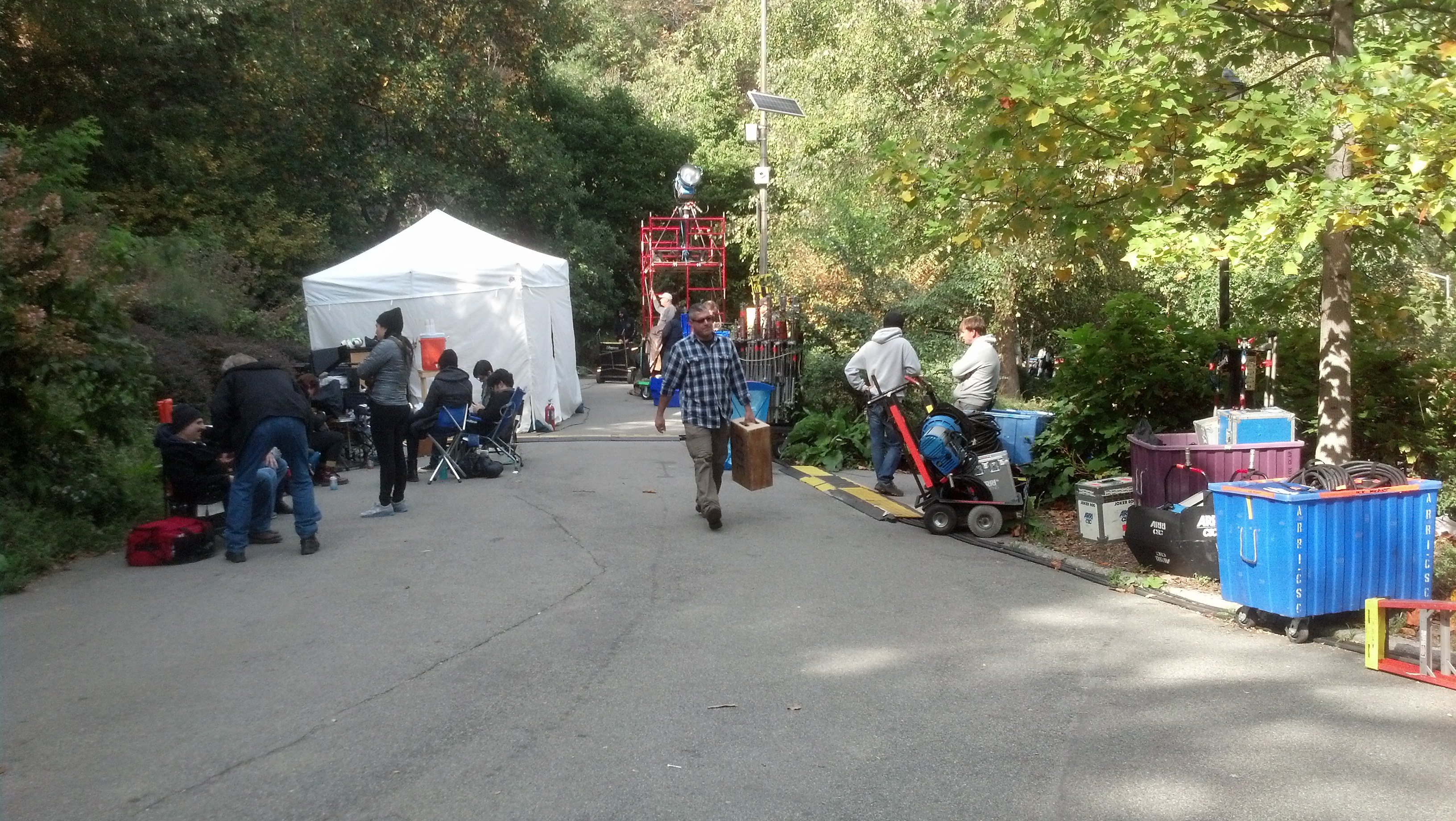 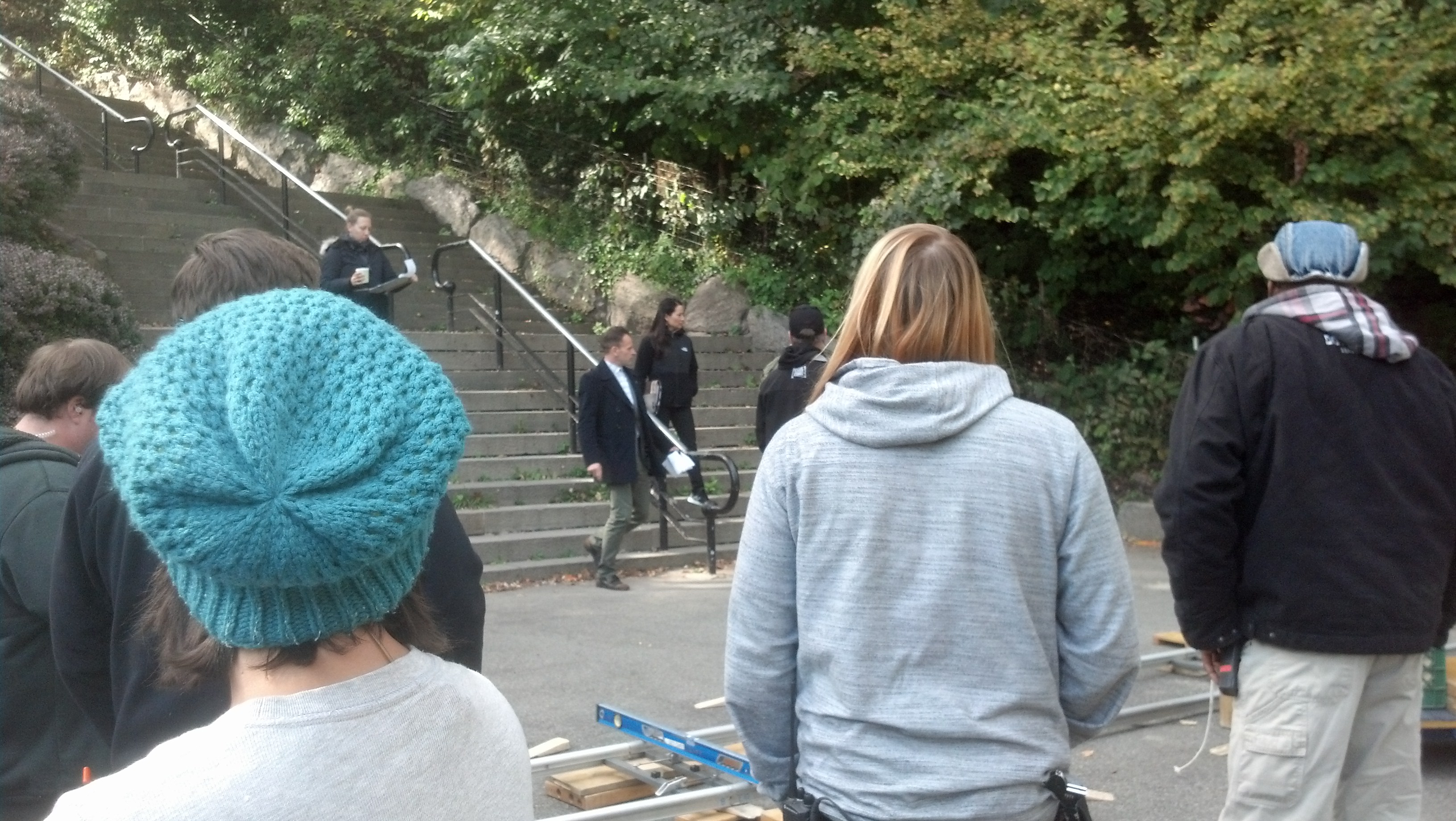 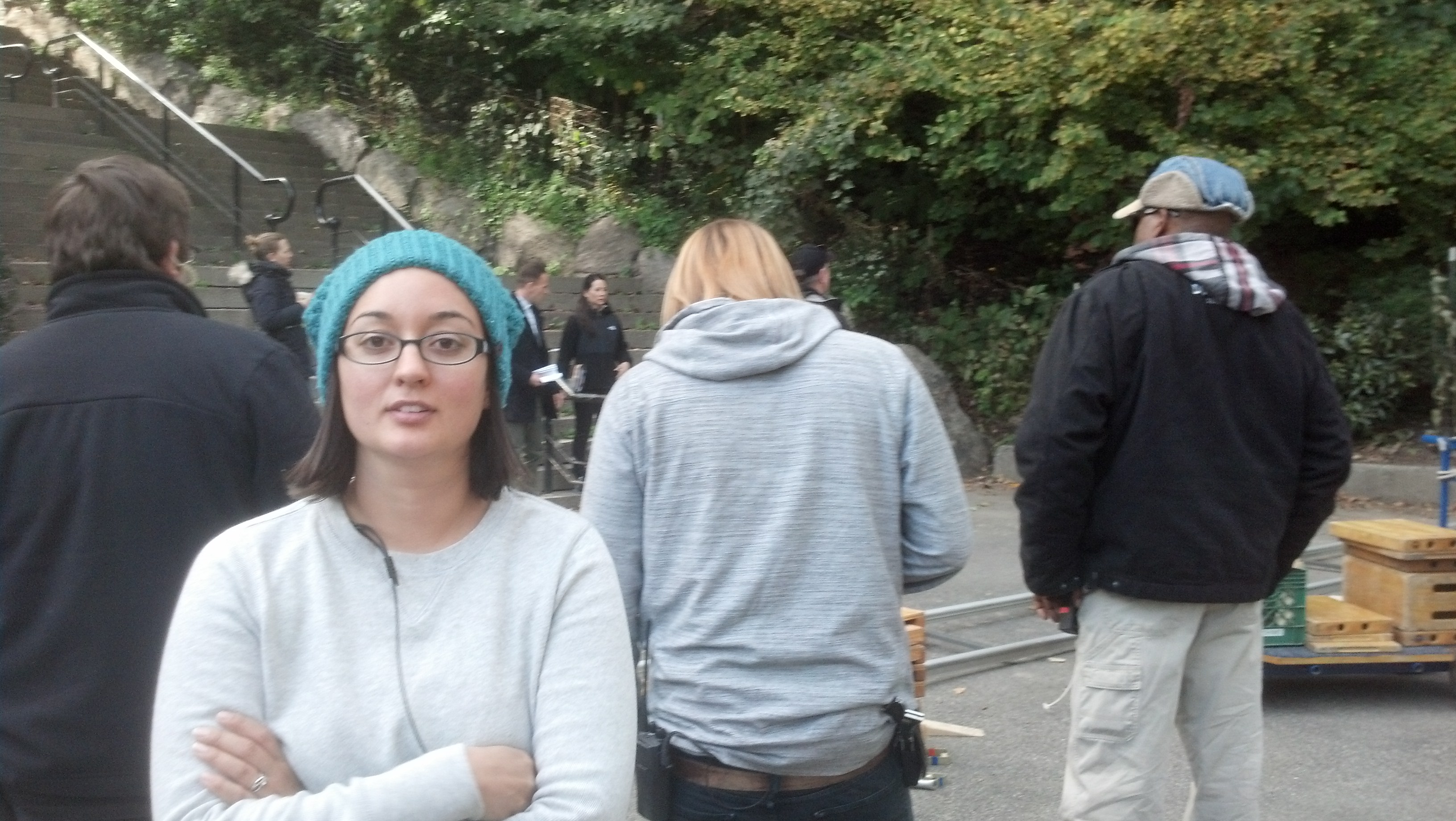