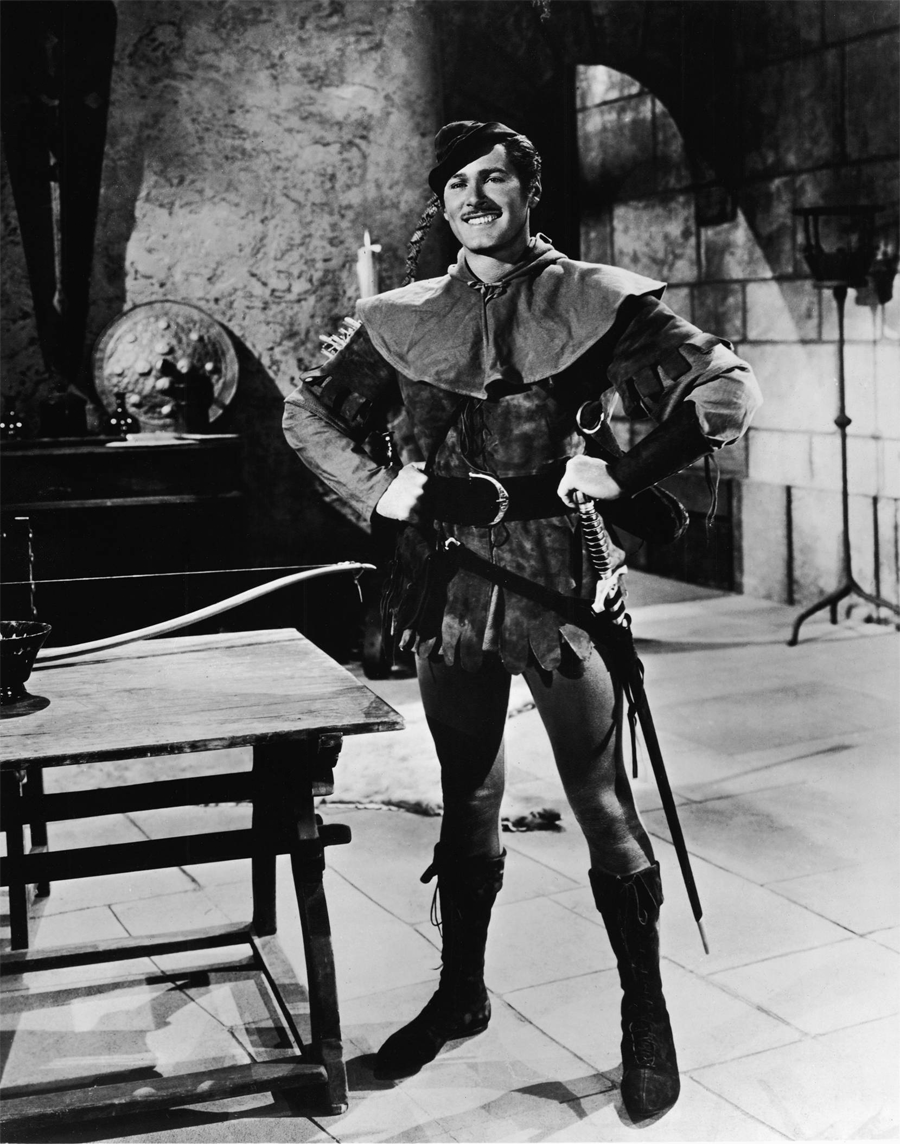 There is no doubt that Robin Hood—a legendary figure—has been a major influence on the person I am today. At least once a week, I would sit on the floor of my living room stretching or knitting or plotting my world takeover as I watched the 1938 film, "The Adventures of Robin Hood," starring Errol Flynn, Basil Rathbone, and Olivia DeHavilland. Robin Hood taught me the ways of the irreverent but kind do-gooder, the swashbuckling guardian of those less fortunate. But it wasn't just Flynn's famous movie. I devoured every piece of art related to Robin Hood, including but not limited to the Disney classic, a novel that took me three months to read, and an obscure film adaptation made in Australia. I forget the name of this film, but I can venture a guess.

My work in theater, especially as a fight choreographer, can be almost entirely attributed to the climactic fight between Errol Flynn and Basil Rathbone in the 1938 Robin Hood film. No matter how grim Robin's situation gets, the viewer has no doubt that he will emerge victorious. We all knew this. The telltale glint in Flynn's eyes—as he kicked over tables and swung from chandelier ropes, demolishing endless parades of royal knights—gave it away. It's enthralling, and even watching it for the hundredth time, I still find myself utterly wrapped up in the action.

Most of the fight choreography I've done since comes from the same style of complete immersion. In Robin Hood, all of Flynn's fights focus on the personal victory—the audience feels personally connected to Robin Hood, which makes the fight so much better to watch. I have always tried to replicate this in my own work. There's something about watching a good fight that entraps the audience. Even when I'm choreographing a horrific murder, I can still see the twinkle in Errol Flynn's eyes as he defends freedom, fighting Basil Rathbone.

Robin Hood is the ultimate hero. He's the bad boy you don't have to change. Humble, respectful, selfless, and badass to boot. I never identified much with the lady friend Maid Marian. It wasn't because I was a young and precocious feminist—I just straight up wanted Robin Hood's green tights and hat and bow and I didn't care what anyone else in that whole movie, even Olivia DeHavilland, was doing.

And don't even get me started on the Disney movie. I know for a fact that I'm not the only person whose first crush was that damn fox. AN ANIMATED FOX. How can a cartoon animal awaken such lively feelings in a young child? Because he's Robin Hood. That's it. That's the whole thing.

If my love of Robin Hood (even as an animated fox) has taught me anything, it's that our childhood obsessions never really die. I may not be strictly defined by memories of my childhood but they are certainly a part of me. My passion for Robin Hood wasn't just a phase—it informed the way I view the world and how I recreate it onstage. Even though I haven't seen a Robin Hood movie in at least a few months, the echoes of his influence on me are still here. I'm stuck with him. Not that I mind.

Rachel Chung is a SEAS senior. Tune in next week for "Basil Rathbone: Always the Bridesmaid, Never the Bride."