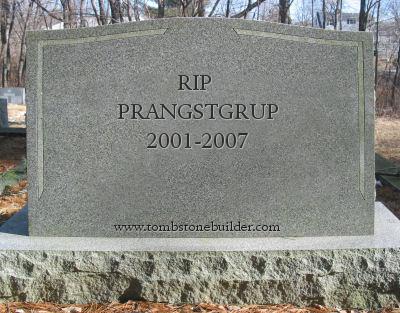 As much as we love our classes, our Columbia experience is often defined by our extracurriculars, much like our high school resumes that we padded to come to Columbia in the first place.

On a journey through the club resource LionLink, I discovered clubs that have once existed or whose present activities are unknown, placing them in a sort of Club Purgatory™. If we had the time, we would make an In Memoriam reel for these clubs like we see at the Oscars, with pictures of the clubs' logos flashing on the screen as Barbra Streisand sings "The Way We Were." But hopefully this written tribute will suffice.

Alfred Musical Improv was a club that graced the Lerner Ramps as recently as 2012. The group's name refers to the way that the group structured each performance according to a different Alfred from history. According to WikiCU, "previous performances have been opened by both Alfred Pennyworth, Batman's butler, and Alfred Hitchcock, the filmmaker." It itself rose from the ashes of now-deceased clubs Klaritin Improv (under the auspices of the Philolexian Society) and another improv group called Sweeps. It's a shame they aren't around, I'd love to see a musical improv tribute to Alfred Lerner in Alfred Lerner Hall.

Also a former fixture of the comedy scene is the dearly departed Prangstgrüp, which staged pranks and performances, kind of like Improv Everywhere. Kate "McKinnon" Berthold of SNL was a member. Some of their pranks are legendary, like this lecture musical. Now during every lecture I'll be anxiously awaiting its resurrection!

There are many cultural groups that are gone, but not forgotten. HoHeup (2003-2007), a group that performed poongmul, Korean folk drumming, sounds like it would've been awesome. Other former groups include the United States Indian Political Action Committee, and Greek groups like Zeta Beta Tau, which lost its charter in 2013.

Some clubs that may or may not have been real to begin with include the Columbia Pluto Planetary Society, which was forced to disband when Pluto was demoted from planet to "dwarf planet." Even though "dwarf planet" is the official NASA term, Columbians did not feel comfortable with the term's political incorrectness and therefore got rid of the club altogether.

Students for Soviets (SoS) was founded in the late nineteen-teens and was known for its raucous "Communist Parties" in EC. They said that the parties started in the sign-in line because it's analogous to the long waits in Soviet social service offices. They had a lot of problems with leadership, particularly in the earlier years, and faced a lot of bureaucratic issues with the Student Governing Board when it came to funding. They got into a lot of fights with the SOBs, Students of (the) Bourgoisie. SoS felt pressure to disband once the East Germany Club merged with the West Germany Alliance, which was mostly financial reasons, and members of the former group did not like the way it was run. SoS ultimately collapsed in 1991.