PrezBo and the Pilgrims: The first Manhattanville Thanksgiving

PrezBo and the Pilgrims: The first Manhattanville Thanksgiving 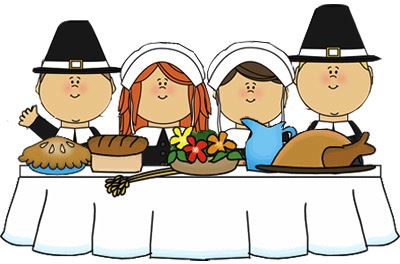 Hey, kids! Come gather 'round and learn a story from our history!

A long, long time ago, in the year 1754, King's College was founded in the Province of New York, by a Royal Charter from King George II. A group of students at King's College wanted to live and study in their own way, without the influence of the evil king. They wanted to escape the king's rule. They called themselves the Puritans because they wanted to make their school pure of the King's oppression and free for rational thought and critical inquiry. The Puritans got rid of the King after a bloody war and reopened their college in 1784 under a new name: Columbia.

In the 1890s, the Puritans developed their home up north on the exotic island of Manhattan. The first 100 years in Morningside Heights were tough for them. The winters were harsh and cold, and they struggled to grow their community in the small amount of space they had.

They had so little space to themselves that they couldn't compete with the Puritans of Harvard in the Massachusetts Bay. So they decided to expand to a new land, to add to their community. PrezBo and the Pilgrims headed further north, to a land called Manhattanville. Luckily, native Manhattanvillites helped our academic ancestors by supplying the Pilgrims with tools and shelter, teaching them about their new home, and giving them the skills they needed to survive.

Together, the Pilgrims and the Manhattanvillites created a New Campus. Together, they planted crops: the stocks of the Mind Brain Behavior Initiative and the seeds of a new Business School. The Pilgrims created a scholarship so they could learn about systems of oppression together.

Together, they shared in a feast of the Bounty of the Harvest. They had beautiful foods that represented the growth of their New Campus: treats from the 50 recently opened Starbucks stores, and dining hall delicacies made by the people whose homes used to be where the new dining hall was. Everyone had a great day of Thanksgiving. It was a wonderful feast, observing the great American traditions of large meals and land grabs.

Orli Matlow is a GS/JTS senior majoring in American Studies. Her Thanksgiving plans include finding a group of real-life Pilgrims to explain to her the true meaning of the holiday.