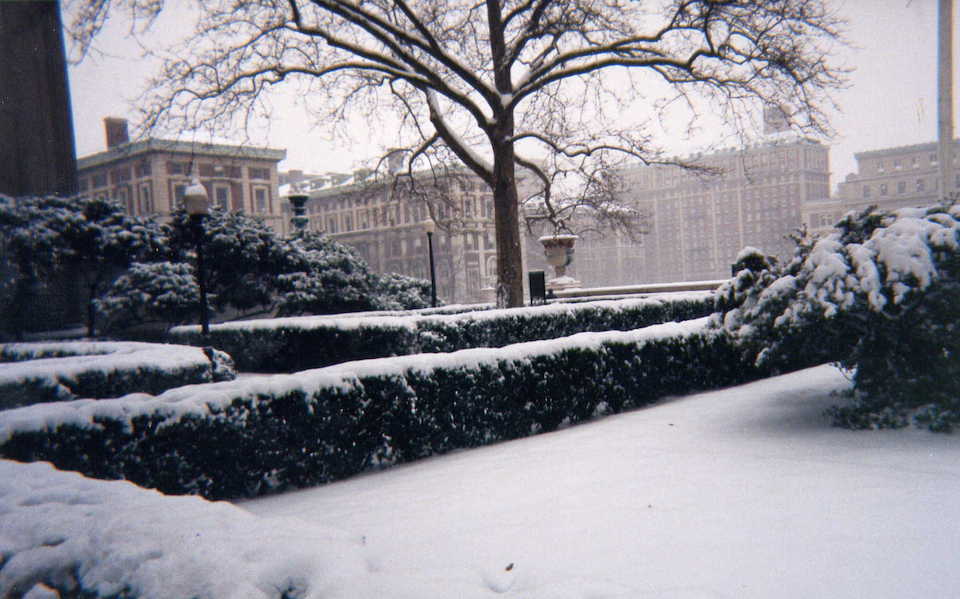 Back in 1972, a now-classic paper by biometeorologists in rainy old England called "Classroom Performance as a Function of Thermal Comfort" reached a conclusion that a lot of students know in their heart is true, but don't want to believe: The warmer a classroom gets, the harder it is to concentrate. Based on the amount of complaining about the wild weather extremes that we've all been hearing at Columbia in the last few days, you'd think that everyone here actually wished they went to Stanford, where all winter it's usually somewhere between 65 and 75 degrees and sunny and you can pluck citrus fruits off trees all over campus. Well, with all due respect to Stanford, as far as climate and academic performance is concerned, science isn't on its side. The English students, at least, were able to think most clearly when the classroom was... a nippy 62 degrees Fahrenheit, and their abilities declined with every degree above that.

What held true in England in the days of Monty Python also was found to be accurate in New England 30 years later. In 2012, Harvard Business School researchers determined that workers were more productive on "bad" weather days than "good" ones. (I have intentionally added scare quotes around these words "bad" and "good", because one of the great insensitivities of TV weatherpeople, and the public at large, is automatically to call rain "bad" and sun "good." There are, in fact, many people in this world, including the author, who prefer winter's energetic breezes and lively precipitation to the monotonous, inescapable heat of summer. But anyway, we'll stick with the terminology of the Harvard scientists and go with "good" and "bad" weather.)

So why do we work better when it's supposedly miserable outside? The researchers guessed that in good weather, people daydream about the other options of activities they could be doing, and this distracts them from the task at hand. The experimenters showed subjects pictures of classic Bostonian outdoor-type fun—sailing, rowing, dining outdoors, walking along a pond, visiting a park, etc.— 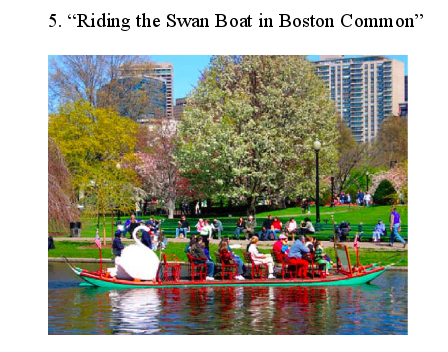 and then gave the subjects a cognitive task which, if they got it right, would net them $10. Indeed, the people who were primed to ponder activities like rowing on the Charles River ended up poorer than the others.

In 2009, similar results were verified by researchers at two un-named Ivy League universities in a paper called "Weather to Go to College". But instead of manipulating the subjects minds into thoughts of sunny fancy, the experimenters just went straight out ahead and asked students if they'd rather study on cloudy or sunny days. The overwhelming majority said: cloudy. The scientists then proposed the hypothetical scenario: If you knew tomorrow was sunny (or cloudy) and the day after tomorrow cloudy (or sunny), when would you rather study? The results: 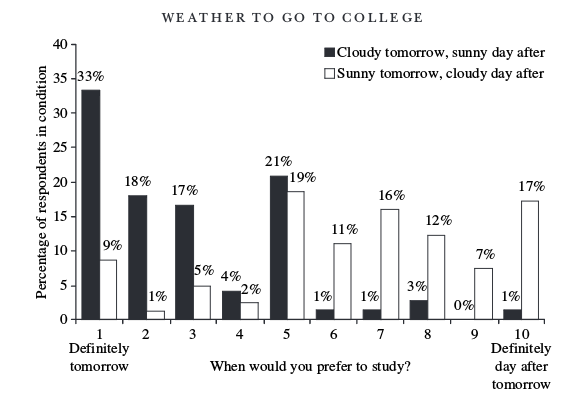 People were very willing to delay their studying to take advantage of a sunny day.

Now, imagine that you have a string of sunny days. Or, basically, sun all the time, like at Stanford. That delay can stretch out and it starts to get hard to figure out when to study at all. (Those poor Stanford students.) But ha! Here in New York—where starting around mid-November you can bet your MetroCard that on any given day it'll be raining, cold, snowing, or all three—you end up with strings of crummy days, perfect for snuggling up into an easy chair in Butler and diving not into a swimming pool but rather Herodotus' Histories (which, by the way, most Stanford students don't read because they don't have a Core Curriculum). (OK, I'll shut up now about Stanford.) So pat yourselves on the back and give thanks to the stormclouds. By choosing Columbia, you chose perhaps to freeze your body, but light up your mind.