Rap Genius-ing the State of the Union

Rap Genius-ing the State of the Union 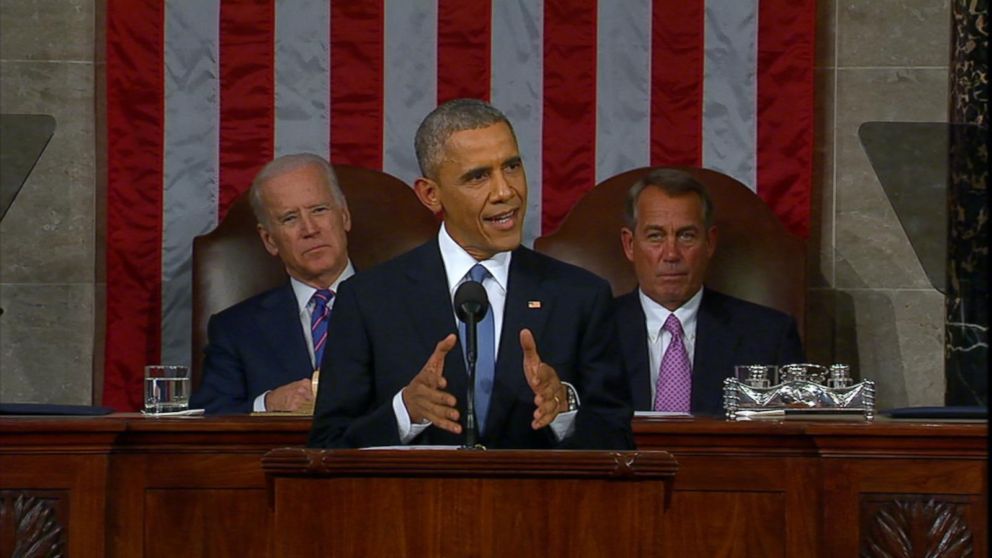 Yesterday, President Barack Obama (CC '83) debuted his new one-hour stand-up special, and it was a HIT. The set had good riffs, including the now famous line "I know, cause I won both of 'em," which you'll soon see printed on bumper stickers, T-shirts, and hats. He repeated some old material, pleased his fan base, and had a really smooth delivery. Often it is hard to catch all the references and subtleties, so in the spirit of Rap Genius (now Genius.com), I've broken down some of the highlights from the State of the Union (transcript via the fans at NPR).

We are fifteen years into this new century.
This is a reminder to the people still writing 2014 on their checks (checks that they most likely sent to tax collectors).

Will we allow ourselves to be sorted into factions and turned against one another—or will we recapture the sense of common purpose that has always propelled America forward?
An appeal to the young adults, "factions" is invoking the plot of "Divergent."

America, Rebekah and Ben's story is our story.
Yes, the story of Ben and Rebekah is the story of this country. They were both born to British expats, but then rebelled and were emancipated. They first worked in agriculture, owned a shit-ton of slaves, and got in a huge fight about said slaves. They ultimately prospered, hitting a few bumps along the way, but are continuing to struggle. People often romanticize them and assume that they are greater than they actually are.

That's why I am sending this Congress a bold new plan to lower the cost of community college—to zero.
This is a setup for the inevitable "Community" movie (#sixseasonsandamovie). The show is trying to diversify its characters now that both Chevy Chase and Donald Glover are gone, and free community college means more and more interesting characters.

I want Americans to win the race for the kinds of discoveries that unleash new jobs—converting sunlight into liquid fuel; creating revolutionary prosthetics, so that a veteran who gave his arms for his country can play catch with his kid; pushing out into the Solar System not just to visit, but to stay.
John Boehner has already been to the sun, according to his tan. "Sunlight into liquid fuel" is his nickname.

That's how America leads—not with bluster, but with persistent, steady resolve.
Stop trying to make "bluster" happen, president! It's never going to happen!

In Cuba, we are ending a policy that was long past its expiration date. When what you're doing doesn't work for fifty years, it's time to try something new.
Ironically, this is what the owners of Havana Central said when they decided to close.