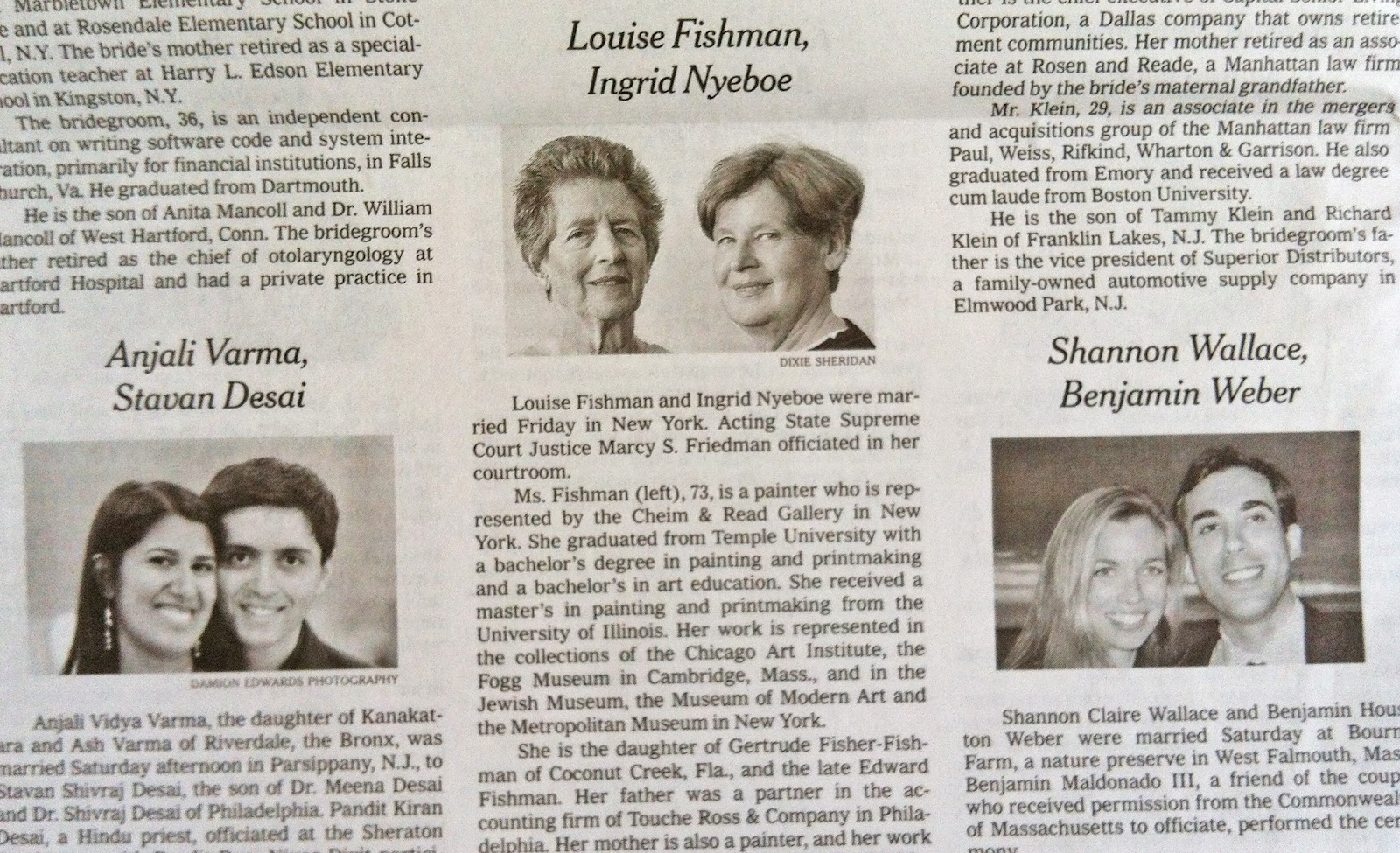 Lonny and Megan met as undergraduates at Columbia University, when they were studying Financial Economics and Economic History, respectively. They first crossed paths in the elevator in the storied Hamilton Hall, where Ms. Thomas held the door for Mr. Keales, despite already being late for class.

"I was impressed with her openness immediately," Mr. Keales says, "A random act of kindness, a gesture that puts one's own punctuality in jeopardy, thoroughly moved me."

"I was actually flicking a booger off of my fingers out into the hallway, but it conveniently blocked the sensor and enabled him to get in," Ms. Thomas confesses, "I hope he doesn't read this."

They would share an elevator ride every Monday and Wednesday for the duration of the semester, but it was not until an end-of-semester party in the EC that they would exchange names.

Their first date would be that evening, when Keales and Thomas conveniently hungered for sandwiches around the same time. "I ordered the Lewinsky in order to make my intentions clear," Thomas states, and serendipitously, Keales ordered the Clinton.

"The relationship developed quickly, and its seriousnessness and success snuck up on me," Keales explains. He would come to propose a year later in a Starbucks bathroom, following Thomas' purchase of a pregnancy test at an adjacent Duane Reade.

Warren Arthur Smith III and Sharma Kapur were married Sunday at Earl Hall Chapel, on the campus of Columbia University, where they met as undergraduates.

"I was originally smitten with Jesus," Kapur explains, "But he was dating my friend Todd."

Smith and Kapur grew close as the production rehearsed five nights a week. "Because of the demanding rehearsal schedule, I was interested in developing a relationship of convenience with a fellow cast member," says Smith, "And by virtue of her leading role in the production, I set my sights on Sharma."

The couple continued to meet even after the musical finished its two-day run in a campus Black Box Theatre. "I was surprised that our relationship continued after we went on to do different shows the next semester," Kapur states, "Our 'showmance' grew to be much more."

Mr. Smith proposed in October on stage at Broadway's Walter Kerr Theatre, following a matinee performance of Angels in America: Millenium Approaches. "I was in shock," Kapur says, "First, that the Angel crashed through the ceiling of Prior Walter's apartment, and second that he proposed."

"I had just arrived in my room in John Jay Hall, and began playing the Sex Pistols while unpacking," says Ms. Wier. "I deliberately played it loudly with my door open, hoping that somebody would come by who also loved Sid Vicious, and we could talk about how much we loved punk music and hated Thatcherism."

"I approached her room," Sullivan said, "To ask her to turn it down."

"But who would have thought that the initially negative first impression would lead to marriage?" Sullivan asked. "Jane Austen, and literally everyone," says Wier.

The initial greeting grew into a semi-flirtatious, semi-antagonistic friendship, that began to develop through various floor meetings and orientation activities. But then, Ms. Wier began dating Mr. Sullivan's roommate.

"She would spend a lot of time in our room," Mr. Sullivan said, "And I would pretend to be asleep, and dream it was me."

"We began to spend a lot of time together," says Ms. Wier, "But mostly by default because I was dating his roommate."

"But what she saw as a friendship I always knew was an extended courtship," explains Mr. Sullivan. They did everything together — ate meals, tried desperately to get into the same American Studies seminars — and then the romance finally materialized. "We kissed for the first time in a typical Bacchanal dance floor make out," Ms. Wier says, "It was so magical, I didn't even notice the inflatable beach balls being thrown at our heads."

They were married last Sunday at Mr. Sullivan's family estate in Jamaica, Vermont.