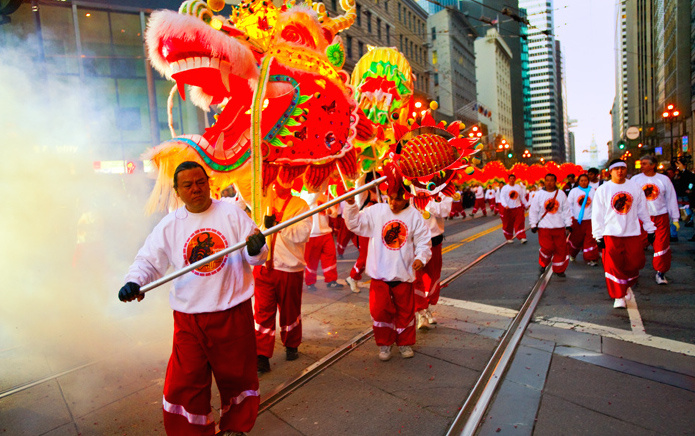 Xin Nian Kuai Le! Happy Chinese New Year. The weeklong celebration of the Zodiac New Year of the Sheep (or Year of the Goat?) will kick off this Thursday. Whether you are also a Chinese student at Columbia or someone who knows nothing about Chinese New Year, I'd like to share some Chinese traditions and exciting events that are going to hit campus and the city in the coming week.

Chunyun is the Chinese Spring Festival travel rush, comparable to the holiday rush in the U.S. Because of the conflict between the enormous population of China and limited amount of tickets, the rush has always remained as an unsolved social problem for China's government and an annual hot topic for the public. When I was eight, I took the train to go back to my mom's hometown, and she had to use a piece of cloth to tie one of my hands to hers so that I wouldn't get lost in the wave of crowds. Thousands of people crowded in the waiting areas, and people were speaking dialects from all different parts of China. But it was all worth it to visit my grandparents! 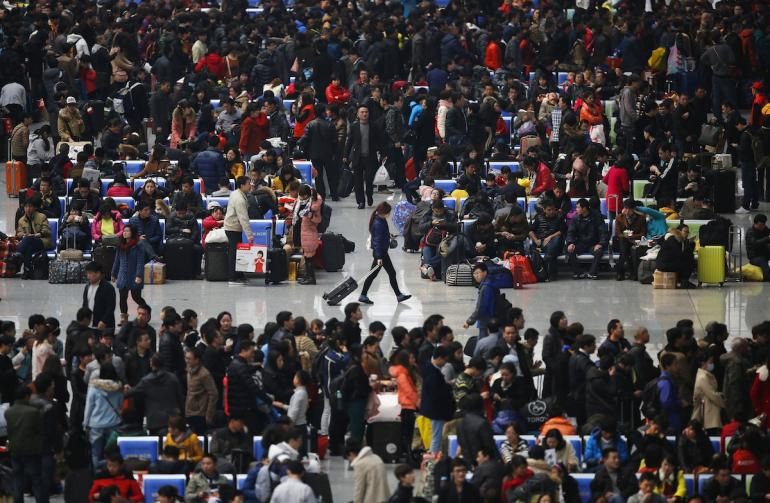 via International Business Times. People await for their trains at the Hongqiao Station, Shanghai.

Shou Sui is a traditional Chinese custom in which the whole family, even younger children, stay up until the bell of the New Year rings at midnight. People prepare different traditional foods and gather around at a table to eat, chat, and watch CCTV's annual New Year Gala.

But as a child, I was always most excited to receive hongbao, red envelopes that usually contain 100 to 1,000 yuan. For an eight-year-old, 100 yuan (approximately $20) was a huge deal. However, it is not easy to get a hongbao--kids have to kowtow three times to show respect to each of the elders.

Events on campus and in the city

Nowadays, many Chinese students in New York City are still preserving these traditions by going out for dinner with friends or cooking for themselves at home. But Columbia and the city offer many other options!

Chinese Students Club will be celebrating the New Year with its annual culture and fashion show. Watch traditional performances such as Wushu while also feeling like you're at New York Fashion Week during the Lunar Gala's famous fashion show. Enjoy the show for $10, or pay $5 more for a VIP dinner. And don't forget to attend the after party as well!

This one will definitely be a favorite! If you are brave enough, go to Chinatown and set off some firecrackers to scare away the monster Nian from ancient Chinese stories and embrace the good fortune for the coming year. Return on Feb. 22 for the Lunar New Year Parade.

4. The Chinese New Year Gala Concert
Feb. 24, 7:30 p.m. at Avery Fisher Hall
If you are looking for something a little bit closer to home, the New York Philharmonic will host a concert featuring famous cellist Yo-Yo Ma performing Zhao Lin's 'Duo,' a concerto for both the cello and the sheng, a traditional Chinese woodwind instrument.
With these events going on around campus and the city, there's a different kind of celebration for everyone. And for all my Chinese buddies out there, may you have a wonderful Year of the Sheep and not feel so far away from home!