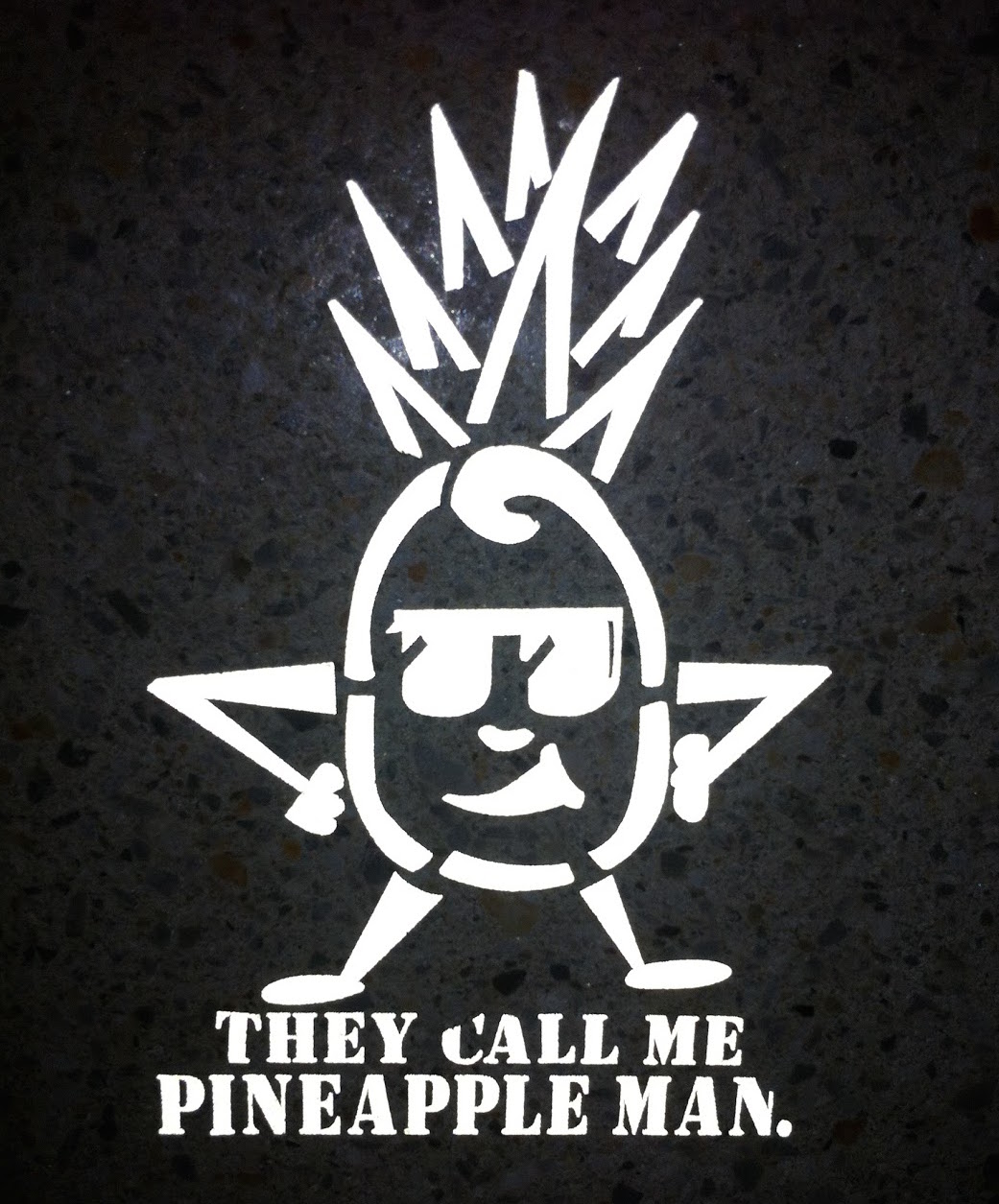 In her weekly series, blogger Rebecca Farley lends a platform to the university's lesser heard voices. Today, she sat down with the elusive Pineapple Man, who appears on random parts of Columbia's campus without explanation.

The Pineapple Man is somewhat of an incognito celebrity on Columbia's campus. While there are plenty of students who are familiar with his sunglasses-clad appearance, he is able to roam the campus without being noticed. During our interview, he sits on the upper floor of Ferris, pulling at a paper napkin. No one notices him.

"Yeah, I guess I'm more of a wall celebrity, like Banksy." He gestures to his right, where there is an outline of himself plastered to the wall. "Not many people care about the real thing. But that's okay."

In his postings around campus, Pineapple Man looks like a superhero. His hands are on his hips and there's a small curlicue of hair at the top of his head that's vaguely reminiscent of Mr. Incredible. However, in person, Pineapple Man is far less confident.

"Is it really okay?"

He looks at me and smiles wanly. "Listen, there are a lot of people who want to get recognized for their art. I am not one of them. Art for art's sake, ma'am."

I am interested to learn that Pineapple Man considers his wall postings art.

"Yes, they're art!" he responds indignantly when I ask him. He rolls his eyes. "Knew I shouldn't have chosen Columbia."

The last part is muttered under his breath.

He keeps pulling at the napkin. "It's just...you know, I'm a public artist. And I chose this campus because I was young, ambitious, and, you know, a pineapple, but it's not like anyone here pays any attention."

He brightens for a moment.

"I have this buddy who works at Oberlin—he's a tangerine. Listen, the campus talks about him like he's president."

Just as he says this, a group of students, three girls, approach. The girls look nervous.

"Excuse me," the first one says, "but are you the Pineapple Man?"

Pineapple Man's leaves unfurl slightly, perking up at the sound of his name. "Me?" He looks up, smiling.

"Yeah, you just really look like the Pineapple Man, that's all." The girl takes out a phone slowly. "Would you…?" She looks at me expectantly.

"Oh, of course!" I snap a photo of the girls and Pineapple Man. He's positively beaming.

"Thanks!" the girls say as they scuttle off, chatting amongst themselves.

"That was, that is…I enjoyed that." He starts playing with the napkin again. "Listen, I don't want to be famous. I just want, you know. Recognition?"

"Recognition for your art?"

"Yeah! Yeah. For my art. You know, 'they call me Pineapple Man!'" His pineapple fronds stand on end when he says this. "I really thought it was a great concept when I came up with it."

When I ask him for the conceptual tour of his art, Pineapple Man is vague and uncomfortable.

"Like I told you! Art for art's sake. It's just cool, you know? That should be enough! People at this school…" he tuts under his breath.

He cuts me off. "You know what? I have better things to do than to be questioned about my art." He harrumphs and puffs his pineapple chest. From beneath him, he pulls out a pair of sunglasses and puts them on.

"Is the interview over? I need to go."

I wave my hand, dismissing him. It's the most confident I've ever seen him and I won't stop him.

Pineapple Man makes a motion to leave, but turns around to me first, putting his hands on his hips.

"Hey interview lady," he says, "they call me Pineapple Man!"

Rebecca Farley is a junior and aspiring pineapple farmer.