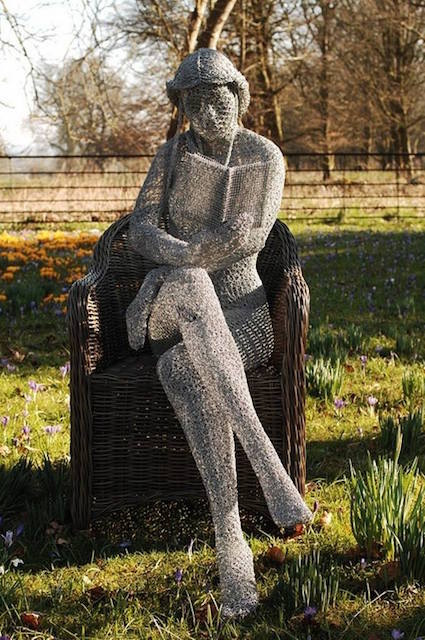 Wow! Spring Break is already upon us. Time flies pretty quickly when you're buried under a pile of textbooks having fun, and what more fun can you ask for on this week off then reading some books (you definitely don't want to watch any movies).

Of course, you don't want to be stuck with the burden of starting a book and not finishing it, so I've compiled a short list of books that you can finish in less than a week (good thing movies don't take weeks to finish though). Won't you feel accomplished! You don't want to waste your time doing something else, like watching movies or anything!

The Old Man and the Sea - Ernest Hemingway
Hailed as one of the best novellas of all time, the plot centers around an old fisherman who has been unlucky for three months in catching any fish. Cast aside by society, he goes out further than before and catches the most enormous fish ever—but now he has to get to shore. What happens next will blow. Your. Mind. It's like a metaphor for Jesus and stuff. Reading it will be a breeze, but if you are actually strapped for time there are actually some good movie adaptations of it—try this one on for size.

The Strange Case of Dr. Jekyll and Mr. Hyde - Robert Louis Stevenson
You probably know the premise, but do you know how it ends? Dr. Jekyll transforms from his good self into the horrible Mr. Hyde—how can he resolve the turmoil within and the destruction without that his changes cause? Read to find out more. It's like a metaphor between the fight between the good and the bad within each of us and stuff. It can get strenuous reading a novella, and frankly I don't think this story is written that well—it's just the idea that counts. If you agree, I think you might find it is better realized in some of its movie adaptations, like this one.

The Stepford Wives - Ira Levin
What a famous and important-to-read novella. It tells the story of men who replace their wives with robots. It's totally like a metaphor for feminism and stuff. But I think we all know that the movie is more famous; just the cultural cachet you get from watching the movie takes you leaps and bounds over those "reading" types. Plus, I hear this adaptation is actually pretty good.

The Gift of the Magi - O. Henry
One of the most revered short story writers of all time, and you can read one of his most famous stories. I don't want to ruin anything for you, but just know that he's like super ironic and stuff. I know it's a lot to ask from you to read a short story, so I'll just leave a link to movie adaptation of it. Just in case you're interested.

I Must Say: My Life as a Humble Comedy Legend - Martin Short
Everyone knows that comedian autobiographies make for quick reads, and what better way to get a short read than to read Short.

...Or you could just watch the movie instead.

Sheridan's Ride - Thomas Buchanan Read
Reading Read must be a pleasure, right? It's just gotta be. According to Wikipedia, he "has great merit"—seems so promising. I think you know where this is going. Watch the movie instead.

The Dinosaur - Augusto Monterroso
Frankly, this one is a waste of time. It's too long (think "War and Peace" times a million, and then double it), and it's just plain boring. However, they did make a movie adaption, and it is some primo stuff—you should watch that instead.

That's it folks: These are the all the books you should spend your time reading this spring break. Make sure to do nothing else. You wouldn't want to feel like you wasted your time watching shitty movies, amirite?