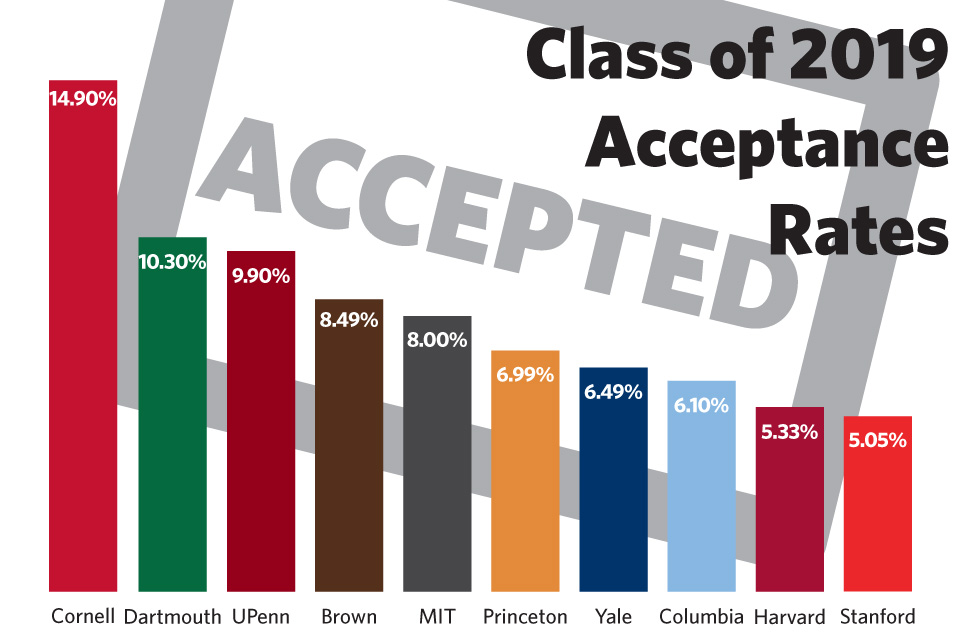 With the main campus lawns looking as green as ever, Columbia College Days in full swing, and Bacchanal right around the corner, it's no surprise that you're probably feeling a little school spirit this week. Well, here's another reason you should be proud to be a Columbia Lion:

This year, Columbia's admission rate dropped from 6.94 percent to 6.1 percent, making it the second-most selective Ivy League school (that's right, Yale). So for all the 2,228 high school seniors out there hailing from all 50 states, Washington D.C., the territories, and 76 countries who were offered a bid to join the Lion pack, congratulations! Not only did you weave your way into the most competitive class in Columbia's history, but you were also christened "quintessentially Columbian" by Dean of Undergraduate Admissions Jessica Marinaccio herself.

Because this year's applicant pool was the largest in Columbia history (maybe due in part to increasing global populations), this year's admission rate marks a .84 percent drop from last year's rate of 6.94 percent for the Class of 2018. See the graphic below to determine how exclusive your class year is relative to Columbia Classes dating back to '07. Admission into Barnard this year was record-breakingly difficult as well: only 1,301 admissions packages were mailed out to the 6,655 women (19.5 percent) who applied.

Want to see how Columbia stacked up compared to peer institutions? 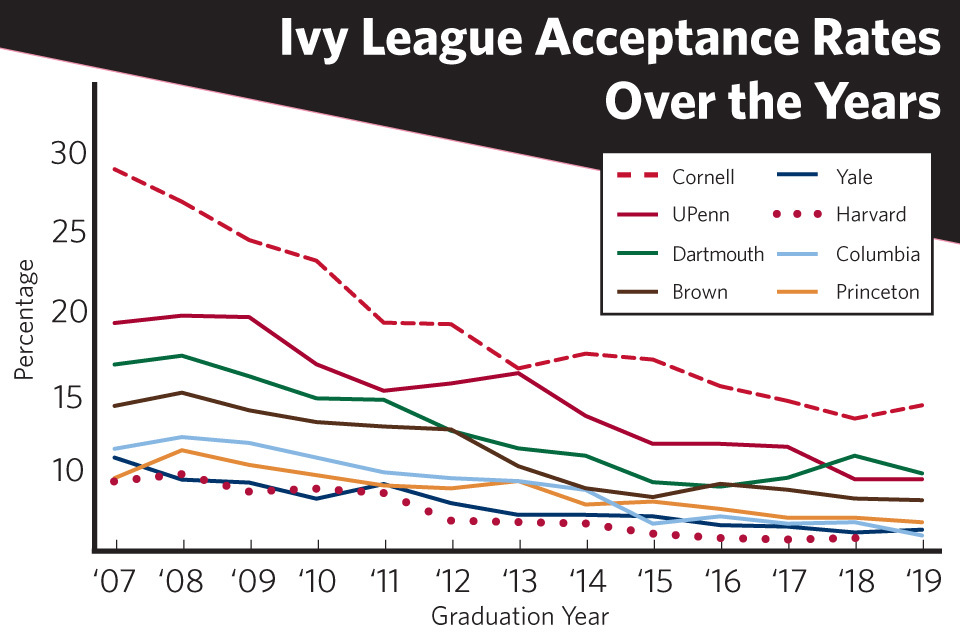 This year, Harvard accepted 5.3 percent of its 37,305 applicants, making it the most selective school in the Ivy League.

Dartmouth almost got its rate down to single digits, admitting 10.3 percent of its 20,504 applicants this year.

The least selective of the Ivies, Cornell, accepted 14.9 percent of its 41,907 applicants, which marked the second-highest applicant figure in Big Red history.

Out in California, Stanford not only received a record-high number of candidates, 42,487, but also reported expanded financial aid for all of its 2,144 admitted students. Stanford's acceptance rate, 5.0 percent, is the lowest among the elites.

Of the 30,297 students who applied to Brown, 2,850 were admitted, marking the lowest admissions percentage in Brown's history at 8.49 percent.

Princeton University offered admission to 6.99 percent of the 27,290 applicants, marking the most selective and largest applicant pool in Tiger history.

To round out the Ivies, University of Pennsylvania's acceptance rate remained the exact same as last year's at 9.9 percent, leaving the Quaker family happy they've stayed just below double digits.

Another school to reach the single-digit threshold this year was Vanderbilt University in Nashville, TN. Its admit rate sunk from 11 percent last year to 9.5 percent for the class of 2019.

UChicago has yet to divulge its admissions statistics for this year's cycle.

admit rates admissions ivies college struggle to get in lucky for us we don't have to apply again grad school???
ADVERTISEMENT
Recommended