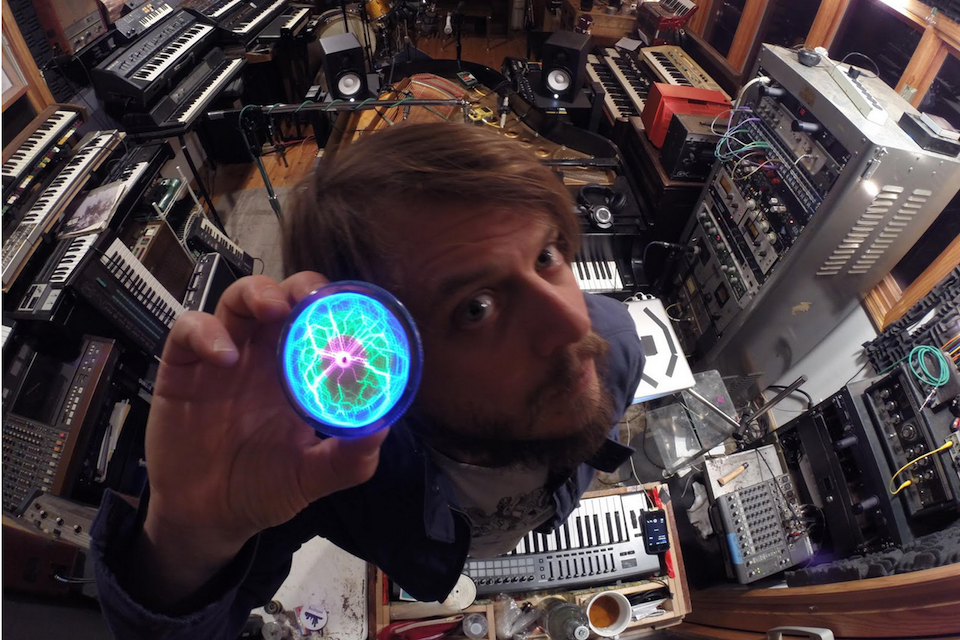 With a live setup that involves an acoustic piano connected to guitar pickups, pedal effects, and circuit-bent children's toys, Marco Benevento has an ear for innovation. Benevento is set to perform at the Funk 'N Bowl Superjam at the Brooklyn Bowl on April 14 along with members of legendary funk groups Lettuce, Snarky Puppy, and Soulive. Lucky for us, he was able to send over a special playlist of his favorite albums to prep for his upcoming show.

Foxygen :: We Are The 21st Century Ambassadors of Peace & Magic
The songwriting is incredible; the production is simple yet genius. Saw these guys live at Pickathon and they crushed it. They're like a sweet blend of psychedelic Stones, Velvet Underground and the Kinks.

David Bowie :: The Man Who Sold The World
I have to listen to this record twice most times I throw it on. There are some moments when I feel like I'm listening to a freaked out version of Led Zeppelin or Jimi Hendrix.

Cate Le Bon :: Mug Museum
There is something real interesting going on here. This album is tight and new sounding yet warm and unique. The guitars are prominent throughout and though oddly tuned, are captivating nonetheless. Something about her art really has the power to draw you in.

Prince :: Sign O' The Times
Whenever I listen to Prince, I always feel like dancing. Specifically Prince's drum machine programming freaks me out—it's like an instant force that clears your mind and puts you in the mood to just get down.

Gorillaz :: Demon Days
Specifically "Feel Good Inc" and "Dirty Harry."  I love the production mostly because of just how catchy and how simple it is.

Death Proof Soundtrack
This soundtrack to Quentin Tarantino's 2007 segment in Grindhouse is a real keeper. From "Down in Mexico" to "Chick Habit" by An April March—this album is incredible. And who could look past Jack Nitzsche's "The Last Race"?

Marco Benevento will be playing at the Funk 'N Bowl Superjam along with members of Lettuce, Snarky Puppy, and Soulive at the Brooklyn Bowl on April 14. Tickets for the show cost $17 ADV / $20 DOS.