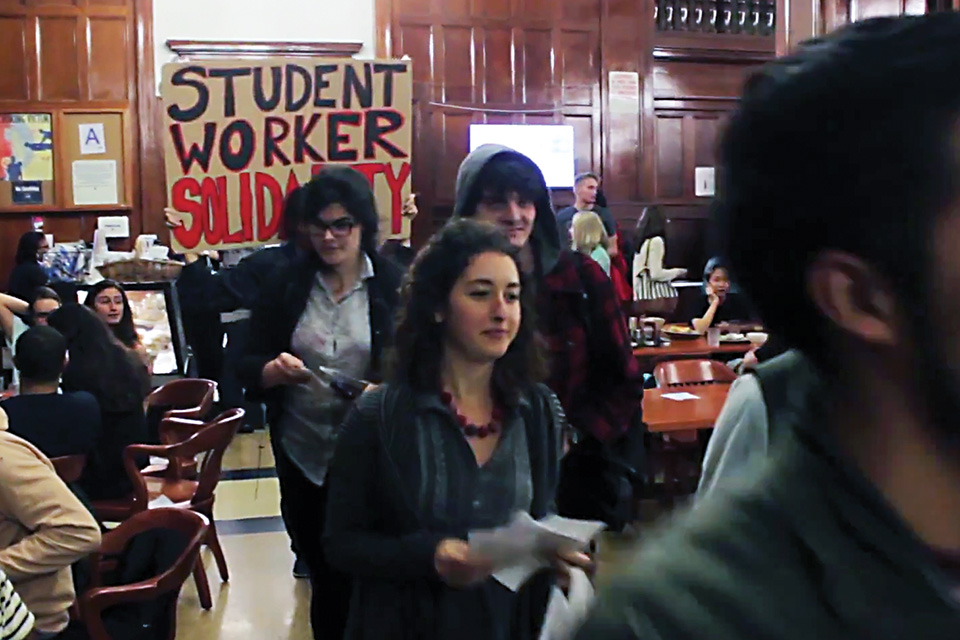 A petition has been circulating around the student body regarding the mistreatment of Columbia Dining workers. The petition, which now has over 4,500 signatures, states that Butler Cafe workers have been told to eat their lunch in a closet and that they are forbidden to speak in Spanish in front of students. The University responded to these claims stating that "the issue in Columbia Dining appears to stem from an isolated incident in which an employee made a comment about an exchange with a student in another language." Student-Worker Solidarity has released a statement explaining their reason for beginning the petition and disputing the university's claims:

Since releasing our petition on Tuesday, April 21, we've received over 4,500 signatures from the student body, alumni, and other interested parties from across the country. Student­-Worker Solidarity has also reached out to the Columbia administration requesting a meeting in order to address the discrepancies between worker testimony and the administration’s claims. Over the past several weeks Scott Wright, Vice President for Campus Services, and Vicki Dunn, Executive Director of Columbia Dining, have ignored our request for an in­person meeting.
Wright has not denied that Columbia Dining workers were prohibited from speaking Spanish and from eating in Butler Cafe during their breaks. in an email to SWS sent April 24th, Wright stated: “we believe the claims in the petition stem from isolated incidents, which have been misconstrued and cannot be applied to Columbia Dining's operations as a whole”. Policies prohibiting workers from speaking Spanish, whether official or “isolated incidents”, are unacceptable, and cannot continue to exist. As was made clear in our list of demands, we are aware that there is no official policy preventing employees from speaking other languages, however workers report that managers can and have still enforced such rules; whether the administration formally acknowledges them is besides the point.
Workers stated management retracted policy that ordered breaks be taken in the closet last week after students brought the issue to Campus Dining, expressing concern over the situation. Wright’s assertion on Tuesday, April 28th that “Staff, including those who work at Butler Blue Java, are permitted to eat their meals in the seating area of any Dining location. No staff were instructed or permitted to eat in closets, store­rooms or kitchens”, directly contradicts this testimony. The lack of transparency surrounding dining policies is evident and needs to be addressed, as demanded in our petition.
In his email sent April 24th, Wright also claimed “We are looking into the allegations of misconduct and will take necessary action, depending on the findings.” It is difficult to imagine that the same administrators responsible for these racist decisions will be able to address this situation left to their own devices. Therefore we once again call for a meeting with Wright and Dunn in the interest of accountability and the standards we hold as a Columbia community.
SWS petition cu dining
ADVERTISEMENT
Recommended