JJ's hours are extending on the weekends

JJ's hours are extending on the weekends 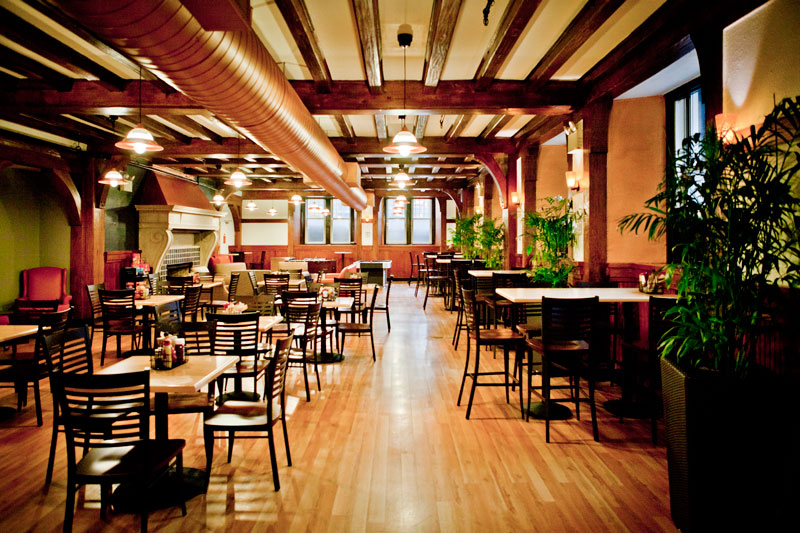 Get ready to eat french fries until 1 a.m. Representatives from the USenate Student Affairs Committee and CCSC announced on Wednesday that beginning in Fall 2015, JJ's Place will be open until 1 a.m. on Friday and Saturday nights. Because of this shift, the dining hall will be closed on Monday and Tuesday afternoons from 12 - 5 p.m. This change comes after a large push from various student groups and organizations. According to the statement, this isn't the first time JJ's hours have changed: in 2011 the hours extended to weekends.

Here's the announcement in full:

Members of the University Senate’s Student Affairs Committee (SAC) and Columbia College Student Council (CCSC) have worked with Columbia Dining to extend the weekend hours of JJ’s Place. The pilot program, which will be launched in the upcoming semester, will extend the hours of operation of JJ’s Place until 1am on Friday and Saturday nights from the current closing time of 8 pm. To accommodate for this change in operating hours on weekends, JJ’s Place will be closed from 12­5 p.m. Monday and Tuesday afternoons.
In 2011, JJ’s place’s operating hours were expanded to include weekends, providing an additional dining hall for students from 12 p.m. to 8 p.m. on Fridays and Saturdays. However, in the years since, no late night dining option has been made available for students during the weekends. In a December 11, 2014 memorandum to the VP of Campus Services Scott Wright, students requested that Columbia no longer force students to use off campus eating establishments for late night weekend dining, and instead, provide the option of a safe dining space on campus.
Over the past few months, we have collaborated with Dining to address this issue, eventually compromising on this pilot program for the upcoming semester. We are appreciative of the willingness of Columbia Dining to address this, and other issues raised by the student body over the past year. Additionally, we would like to thank the Office of the President, Vice President for Campus Services Scott Wright, and Executive Director of Columbia Dining, Vicki Dunn, for their assistance in ensuring that this change would occur for the upcoming semester at no additional charge to students.
Moving forward, SAC and CCSC, in collaboration with Columbia Dining, will continue to monitor the progress of the program to determine the long term potential of this arrangement.
JJ's Place dining hours yes but what will we do on Mondays and Tuesdays??
ADVERTISEMENT
Recommended