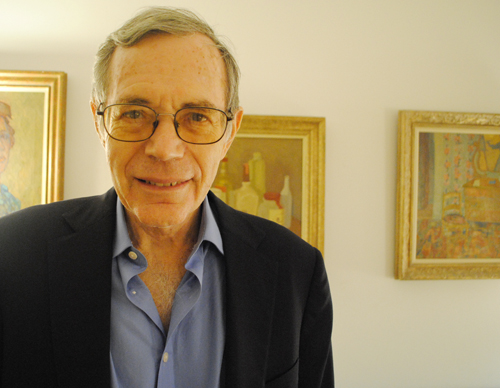 Eric Foner, a Columbia history professor you've likely heard of before, was interviewed by Salon about the history of white supremacy and the Confederate flag in the wake of the Charleston massacre. The title of the interview says it all: "The face of racism today is not a slaveowner." Despite that, today's issues are eerily similar to those faced well before the Civil Rights Act.

Foner immediately tackles the debate surrounding the Confederate flag and what it symbolizes. He points out that "the Confederate flag was only put up on top of the Statehouse in South Carolina in 1962. It was put there as a rebuke to the civil rights movement. It was not a long-standing commemoration of Southern heritage."

Foner also addresses Dylann Roof's manifesto, stating that, "You see, apart from his craziness, language which does bring you back to the overthrow of Reconstruction in the late-19th century," particularly the notion that African-Americans are "taking over."

Still, Foner cautions against piling all the blame on South Carolina's history. The racism of today is rooted in problems of the present as well, in people like the "guy in a three-piece suit at Wells Fargo who had been putting blacks into subprime mortgage, until they lost their homes in 2008."

But Americans still struggle with facing slavery's lasting effects. Foner ends with a mic drop moment, criticizing the complete lack of museums on the history of slavery and calling for Americans to confront its legacy: