35 ways you know you're a Columbia student

35 ways you know you're a Columbia student 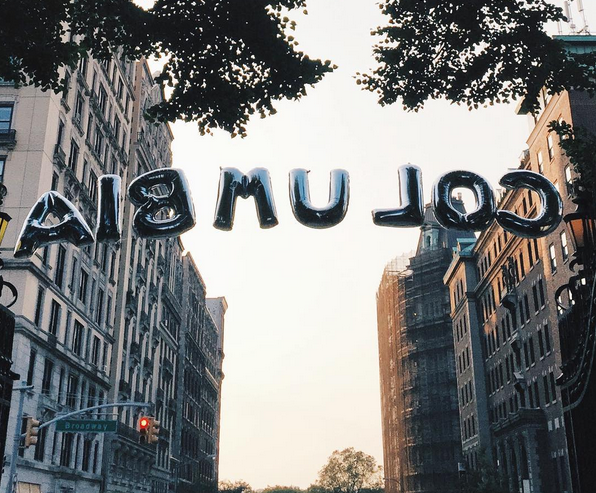 In case you've forgotten in the intervening months, you are, in fact, a Columbia student. Need further proof? Find below the warning signs that indicate you might actually be a student at the esteemed King's College.

You'll Know You're a Columbia Student When...

You no longer question the lyric “the sons of Knickerbocker rally ‘round” in “Roar, Lions, Roar.”

There is no train but the 1 train, except for occasional dalliances with the ? trains.

You will, for at least one night a semester, call Butler 209 your home.

“Orgo Night” no longer sounds like a badly titled porno—instead, it reminds you of generous school spirit.

You switched from econ to poli-sci.

Jk, you’re gonna be unique and do econ AND poli-sci.

7th floor of Hamilton = where you left your favorite pen first semester but lol no you’re not going to get that shit back.

You’ve made it your personal mission to befriend Sir Mike in Carman.

Your John Jay floor is your cozy introverted family.

You’ve forgotten why it’s called a “Piano Lounge” -- until some fucker decides to practice “Heart and Soul” while you’re studying for econ.

You think all engineers probably wear jumpsuits and carry welders.

You think CC students all wear robes and quote Herodotus.

You know that Barnard is way cozier than Columbia — they have delicious pizza and also a library that’s not freezing (we’re looking at you, Butler.)

You DO quote Herodotus.

You still think Columbia’s own the Morningsiders are better than Mumford and Sons.

But nothing is better than Vampire Weekend, which really speaks to your Columbia soul.

You understand that there is no shame in a bathroom stall nap.

You know the cleanliness ranking of Butler bathrooms is inversely proportional to each bathroom’s floor number.

You see Joe’s Coffee in North Corner as something to aspire to — maybe one day you’ll wake up early enough to actually buy yourself a cup.

In the meantime, Blue Java in Butler will do.

You go to the business school purely to gawk at people with high self-esteem.

OMG YOU WOULD NEVER GO TO A FRAT PARTY. You are so above Greek life.

Sorry, how did you end up at Beta house?

That Delta Gamma sign you make with your arm when you feel awkward and want to make a topical joke? It never gets old.

No, really, it’s still funny. Do it again.

You have a game plan set out for taking full advantage of the free cheese samples at Westside.

You have a yellow water bottle with the words “see the Varsity Show” and you have no idea how you got it.

You also live for complaining about Bacchanal.

Complaining about Bacchanal is your version of talking about the weather: “So… Bacchanal, amirite?”

Last but not least, you read this Buzzfeed article and scoffed at every single one— Buzzfeed y u think u know CU? Pshaw. We’re Columbia: independent, way too opinionated, and we pretend like we don’t read Buzzfeed anyway.