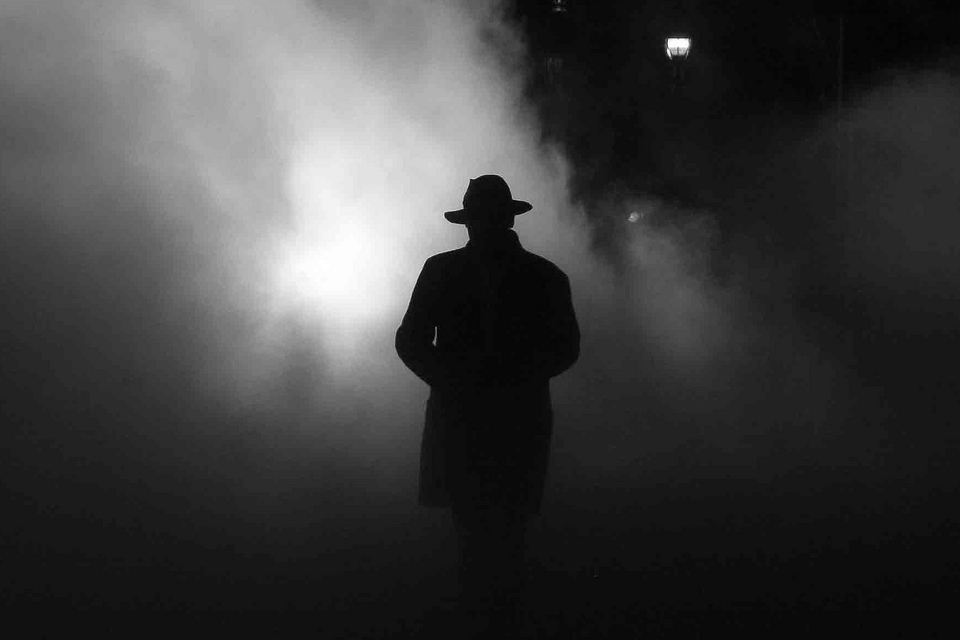 For about a year now, around the hectic walkways of Columbia's campus I have repeatedly observed a suited gentleman being filmed on camera.

You know who I'm talking about.

He's tall, dark, middle-aged and mysterious. And not to mention handsome.

I'll walk to my Monday morning stats class, and he'll be there. Or my weekly Wednesday afternoon pedicure and Soul Cycle sesh and he'll appear. Sometimes when I have nothing better to do, I amble back and forth across college walk in the hope that I will get a glimpse of him. He is the one thing I can count on in my day.

And yet I have no idea who he is. How can I know so little about someone who means so much to me? In my head I have given him names, backgrounds, even stories. Sometimes he is a matador with a passion for singing. Or a leftover remnant of 20th century cubism. But I know my pondering is fruitless. Who is this man perpetually being filmed?

As part of the Columbia Conspiracies series, I have passed many a night speculating, and finally feel sure to present my top three theories.

Columbia University is a school teeming with creatives and media moguls. Authors, filmmakers, and horticulturists alike ignite a campus that doesn't know when to stop. It would not be surprising that among our faculty are a few budding YouTube sensations hoping to make it big. Perhaps he is a professor of astronomy spreading the word of Jupiter. Or a professor of dance trying to bring back the robot. Whoever he is, comment, like, and subscribe.

2. The Professor and His Muse Theory

Professor-student relationships at Ivy League institutions are known to be unnervingly intimate. After all, Columbia boasts a 6:1 student professor ratio, and that's not even counting James Franco.

Perhaps the man is a professor, and the person filming him his student. Perchance said student is secretly yet violently in love with his professor, but knows that said professor will never return his lust. Ergo, in order to pass golden hours with him, the enamoured student has forged a 'fake documentary.' A classic tale of unrequited love.

Our final theory is inspired by Harry Potter at Columbia. In the wizarding world, people can leave behind remnants of their souls as ghosts. What if that was the case in the muggle world too?

This filmed gentleman may have been a student or professor at Columbia eons ago, and for whatever reason passed away. However, perhaps not content with his lack of a lasting contribution to the world, he decided to stay behind in spectre form and create his life magnum opus: a mediocre campus documentary. Future generations of Columbia students will watch him create this work and eventually, one day, when the technology allows it, we will watch his ghostly masterpiece.

Maybe I should just talk to him, find out what he's doing, who he really is. I've rationalized and played it over and over again in my head so many times…

I'd walk up to him, extend a hand, ask him how his day's going, blow a kiss. Maybe he'd accept my greeting with a warm smile and shake, or maybe like a sullen spirit his hand will glide through mine sending chills down my spine. But I wonder whether it would really be worth the risk to destroy the beautiful fabric of our relationship.

Do you know this man? Am I the only one seeing this man? Let us know.

mystery man man in suit who is he
ADVERTISEMENT
Recommended