Concerned residents push back against JTS, UTS plans to sell property to developers

Concerned residents push back against JTS, UTS plans to sell property to developers 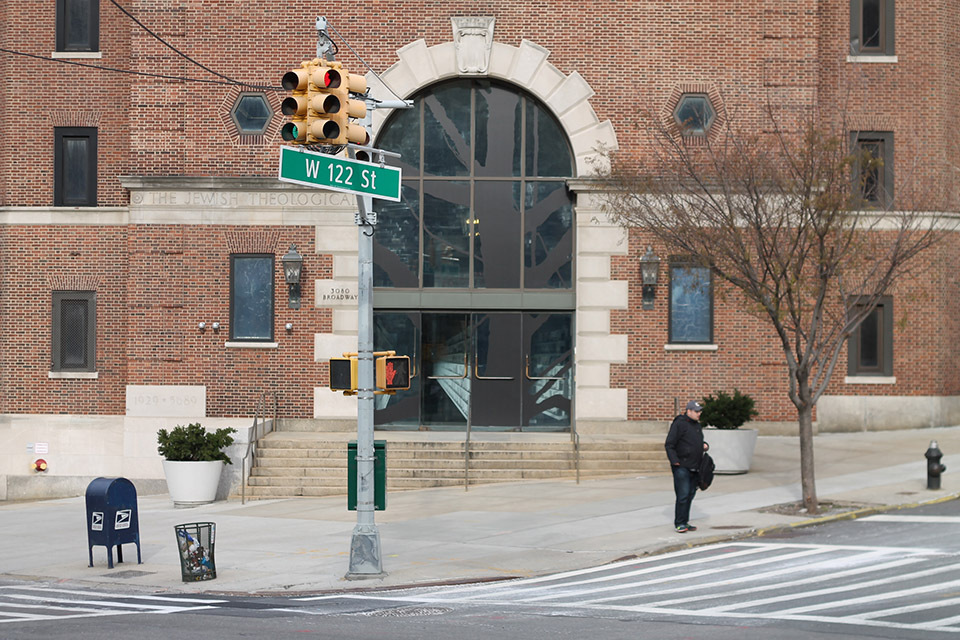 Jewish Theological Seminary has sold two residence halls and its air rights for over $130 million in order to fund building renovations.

In need of resources to fund significant campus renovations, both institutions have made the decision to sell their air rights to developers looking to build condominium complexes. The decisions have troubled residents of nearby apartment complex Morningside Gardens, who fear the new buildings will tower over the neighborhood and are now drafting a resolution to request a meeting and clarification from the institutions and developers.

The Jewish Theological Seminary announced in February that it sold 262,000 square feet of air rights on the eastern edge of their campus and an off-campus residence hall to Savanna Real Estate Fund for $96 million. JTS later sold a second residence hall, Goldsmith Hall, to a separate group of buyers for $35.3 million.

JTS plans to use the profits from the sale to fund a renovation of their complex at 3080 Broadway, the site of the current library. The new structure, tentatively projected to begin construction in the fall, would house a new library, performing arts center, and residence hall.

Savanna reportedly plans to use their development rights for the construction of a 250,000-square-foot luxury condominium complex. Savanna did not respond to Spectator's request for comment.

Morningside Gardens resident Liz Wiesen said the coalition hopes the apartment building's board will sign the resolution and send it out to JTS and Savanna.

Meanwhile, Union Theological Seminary is in negotiations to sign a similar deal, whereby they would sell approximately 300,000 square feet of air rights, and possibly McGiffert Residence Hall, to a developer in order to fund what they describe as much-needed upgrades to their 108-year-old infrastructure. They estimate that the renovations would cost about $125 million.

But both plans have already met opposition from residents of the Morningside Gardens apartment complex at Amsterdam Avenue and La Salle Street, just one block north and east of JTS, who say they first heard about the developments through the February press release and a Wall Street Journal article published the day before. The residents have formed a coalition to address their concerns about what these developments will mean for the neighborhood, and ask for more communication and specifics from the two religious institutions.

Among their main points of contention are the as-yet-undisclosed heights of the new buildings, the safety of the youngest and oldest residents throughout a potentially several-years-long construction process, whether or not affordable housing will be included in the Savanna condos, and whether or not construction jobs will be available to members of the local community.

Neil Rothfeld, the Morningside Gardens resident who first raised questions about the JTS sale at a February resident meeting after reading the Wall Street Journal article, also worried about what the upscale apartments would do to what he sees as the unique quality of the neighborhood.

"It's not midtown of Manhattan, where you have these tremendous buildings going up now all over the place. And I don't want to see that happen right across the street from us, or in our community, in the neighborhood. We want to maintain the special character that it has."

Council member Mark Levine expressed similar concerns at a meeting of residents and other community members last week at Morningside Gardens. In an interview with Spectator on Wednesday, Levine stressed how the lack of height restrictions in the Morningside Heights zoning code leaves the door open for developers to build imposing structures.

"This is a neighborhood with an incredible architectural legacy, with a very human scale that is not just home to major educational institutions, but it's a neighborhood where thousands of people live and work and play and generally enjoy an outstanding quality of life, and I'm concerned about two buildings that are so wildly out of scale of context for this neighborhood."

In response, over 200 UTS students, faculty, and alumni formed an opposition group, #WhoseUnion?, and signed an open letter in December 2015 to President Serene Jones and the board of trustees listing their concerns about the proposed development. These included how the lack of affordable housing in the condos would contribute to the gentrification of the surrounding neighborhood and the lack of detailed information communicated to students in advance.

Guthrie Graves-Fitzsimmons, a second-year master of divinity student at UTS, who attended and spoke at the Morningside Gardens meeting last week as a representative of #WhoseUnion?, said the group requested that UTS release all relevant financial documents to better explain their decision, such as the most recent external audit of UTS' finances and any contracts and payments already made for the project.

"What they've put up on the website is a begrudging admission of some things. And it falls drastically short of what the open letter that we wrote to them They have not released the Seminary's financial audit," he said. "They claim this is necessary because the Seminary's in such bad financial shape. We have no reason to believe that."

While no deal has yet been signed, UTS Executive Vice President Reverend Fred Davie confirmed that the current proposal would reserve the lower floors of the building for UTS faculty housing, while proposed developer L+M Development Partners would use the upper floors to build market-rate condos.

In response to concerns about the height of the building—and whether it would rival or even exceed the already sky-high, 392-foot Riverside Church tower that neighbors Union—Davie said that UTS would take the height of the church's tower into consideration.

Davie added that UTS is still exploring ways to invest some profits from the proposed sale in affordable housing in the neighborhood.

Union responded to student criticism by adding a new section of their website in January—  "Revitalizing Union's Campus" — which lists other options considered to raise the funds for the renovations. Davie said the website includes "essentially everything" students requested, with the exception of confidential contracts being discussed between Union and L+M.

In response to criticism from community members about the communication of their plans, JTS spokesperson Kerri Lyon told Spectator that JTS has made a point of maintaining open communication with both students and the larger community about their plans, and looks forward to the improvements the new campus will offer them.

But Rothfeld said he and other residents will continue to push both UTS and JTS to engage in more communication with the community.

"It is important for the people in the community to be heard on this. Institutions and developers [need to] listen and pay attention to the people from the community in which they're building," Rothfeld said. "They consider themselves part of that community, they should be listening to the people who live there."