Adventures in auditing: Principles of Economics

Adventures in auditing: Principles of Economics 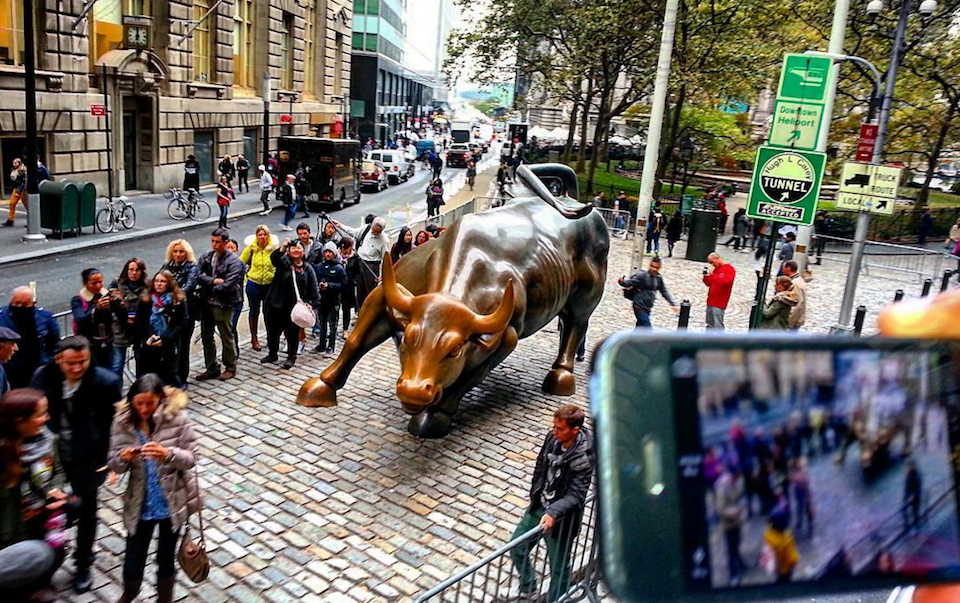 When I got into Columbia, it felt like people were willing to sell body parts to get into Gulati's Principles of Economics class.

I, admittedly, was not one of those people.

I took microeconomics during my senior year of high school and drew a whimsical unicorn on my short-run cost graph on the AP exam (shout out to Jessica Marinaccio for not revoking my acceptance).

This week, I decided to give econ another try because the Invisible Hand is a neat principle and a cool band name.

Also, my parents would appreciate it if I dabbled in some practical classes.

Before going to class

I got some tips from friends who had had their fair share of Gulati.

Apparently laptops are a big no, which means that I had to write this article by hand like a Times reporter in the 1800s. (No, I'm not comparing my work to Times-level quality but, like, I could.)

Also, being the President of the United States Soccer Federation isn't Gulati's only claim to fame, it's actually cold-calling on students. I hope the answer is going to be "opportunity costs" because that's about all that I remember.

Oh my goodness, 8:40 is early. The last 8:40 I had was UWriting during first-year spring. I'm partially getting myself out of bed because of my undying commitment to Spectrum and minorly doing this with the hope that Gulati will fall in love with me and pay my tuition.

I'm late. Other people around me on their way to Schermerhorn are starting to run. Should I be running? Will he smite us with a soccer ball if we're late?

Yup, this guy is super intimidating. He's scheduling exam reviews on Saturdays and Sundays, though which is pretty nice because he's willing to spend the weekend with his students. Or he knows his exam will be hard and they need all the help they can get.

Problem set #4 is due! I can turn in my notes for this article. Yeah, he probably doesn't want this smut. He's wearing a nice suit, he deserves better.

He made the last call for problem sets and this one girl is C O N F U S E D. She's looking for it in her bag and he's standing next to her waiting. He doesn't look mad, just disappointed.

She found it and he said "college is great." That's a way to put it, G Man. He corrected an answer on his way back to the front of the class.

Some late people just came in and again, he's not as mad as he is disappointed. He offered to still accept the problem set but the one student said that he didn't have it. Come on, man, you're killing him.

Today's class is about the housing crash and since I didn't see "The Big Short" I'm expecting this to be the same thing.

Gulati justed asked what the factors in being able to get a loan were and this legend said that the interview process is important: "For example, today's April 20th. If I walk into my interview smoking a blunt, I probably won't get the loan." Gulati is pleased. No soccer ball throwing in disgust necessary.

"Every bank knows that there are going to be some bad loans. The clients might not pay you back." Kind of like on Tinder you know some of them are going to have foot fetishes. That's just life.

Low interest rates: the story of the housing bubble and my lack of a formal date.

According to Gulati when your wealth goes up, you spend more. Principles has uncovered the secrets of a rapper's lifestyle.

There are hella (no, I'm not from California; yes, I say that unironically because I hate myself) acronyms in this class: MBS, CDO, ARM. The options are endless. At least I know what an arm is.

"Subprime lending." If you don't like me, please call me "subprime," it's better than "gross." Like not great, but not entirely repulsive.

Gulati said that NINA was "no income, no assets" but corrected himself and said, "no interest, no assets." These acronyms are ruining us, dude.

During the housing crisis people got loans of more than they deserve which is essentially when a bouncer knows your ID is crap but lets you in anyway.

It sounds like the banks were so nice and giving during the housing crisis, but it was really just them giving out teaser loans.

Before the bubble burst a person could get a house with zero interest for a year then the banks would hit them with that 11.25 percent interest rate later. That's not okay. That's like when AYCE sushi sake places charge you for the uneaten rolls. Chill.

Gulati just made a quality joke and it was underappreciated.

He's comparing loans to making a lasagna! I'm not really getting the comparison but I love lasagna. "There's a Japanese investor who just bought a big pan of lasagna." Alrighty, let's eat, G.

This guy in front of me is on Facebook on his laptop. Bold.

"You at the end of the 7th row, you're going to want to get rid of that iPhone before we finish leverage." Savage Gulati.

I'm still waiting for the screening of "Wolf of Wall Street" to start.

He said Tim Gaiser, I heard Tim Gunn. For .2 seconds I was hoping we were going to talk about "Project Runway." I was disappointed, to say the least.

Principles of Economics with Prof Sunil Gulati was pretty great. The banter was good and the material was interesting, so I would recommend the class who wants to learn more about econ.

PSA: Do not take the class if you just want to play soccer with Gulati. That, unfortunately, is not what it is.

All gifs via giphy.com