How soon is too soon to Airbnb your roommate's bed?

How soon is too soon to Airbnb your roommate's bed? 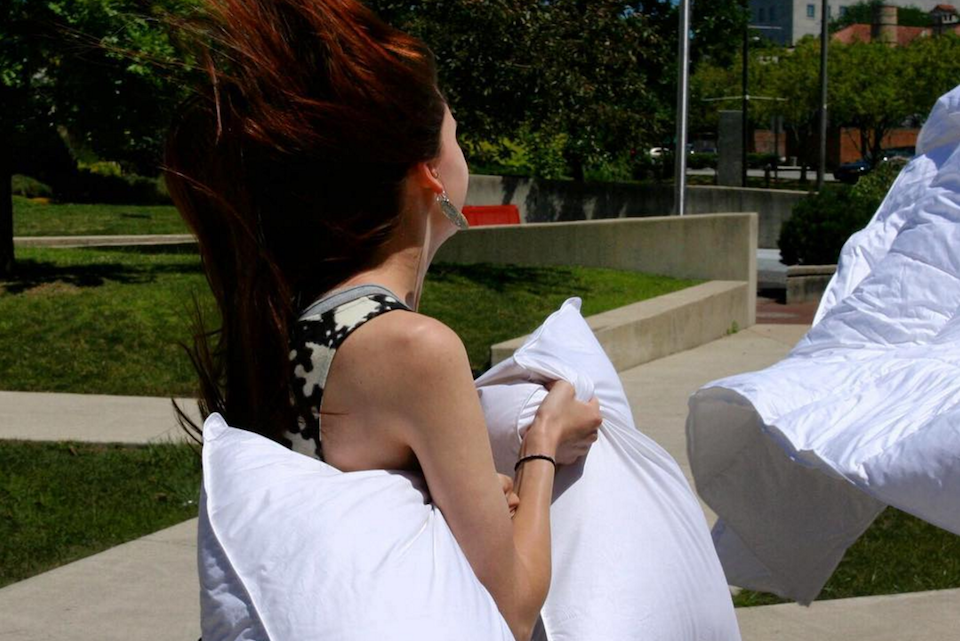 We all have that one friend who we were super close to as freshies. You lived together; you laughed together. When The Shaft's dreaded housing selection came around, you could think of no one better with whom to spend the upcoming year.

You moved in together last month, either throwing your arms around each other or acting out your 15-second-long best friend handshake/fist bump routine, before deciding on furniture configurations and who'd get to use which power outlets.

Alas, here's where the story gets sad. After those first few days of reunion, your bud disappeared.

How? Why? Where did they go? Whether they found a bae over the summer with whom they now sleep every night, or decided to triple major and set up a makeshift bed in the Russian section of Butler stacks (they even brought their Lenin sheets to make it more cozy (sorry couldn't resist the pun), you're now left alone in a massive double with a spare bed.

Fiscally-speaking, for a college student, money is tight. We know this because when we published 'How to earn money while at Barnard and Columbia,' you guys went apeshit and asked us for more ways to make that money and watch it burn. (Why not sell your eggs and/or kidneys, btw?)

Besides getting a job (ew) and selling your organs and gametes (ewww), if you've found yourself becoming a "Constant Dingler*" this semester, you may qualify to rent out your roommate's bed on Airbnb and ditch your campus job. Finally, you'll be a New York landlord taking advantage of skyrocketing rent prices! You won life!

While it is technically (in fact just extremely) against your housing contract with the University to rent out your room, we know from those NSOP Confessions submissions that you guys have no problem breaking the rules. (Seriously, we weren't even allowed to publish some of the submissions you sent in. Shoutout to the person who sucked toes in Carman.)

Now let's get down to it: we're going to use hardcore stats to let you know whether or not you're justified in pimping out your roommate's mattress (and belongings, if you're feeling that bitter). Give it three weeks (we're technically already midway through week two, so not long now) and if you fit all the criteria, you're good to go. Don't worry, we won't tell Barnard ResLife or Columbia Housing.

Sightings: You've seen them twice in a week: one morning, one night.

Decibel levels: They tried to start a conversation with you when they stumbled into the room at 3:18 a.m.

Olfometer: You can tell they were here. They used their Axe body spray and the room still stinks.

Cell count: You'd be able to grow a clone culture in agar with the amount of dead skin and hair they've left behind.

Missing items: Toothbrush is gone. So is your toothpaste.

Sightings: You caught the back of their head through the corner of your eye going into the building when you were leaving. You do not know if they went into the room or if they're just headed to the computer lab.

Decibel levels: You heard a gentle cough from outside the door. The doorknob turned every so slightly, then footsteps scuttled away.

Olfometer: There's a slight odor coming from a pair of shoes that have moved slightly to the left since you last saw them.

Cell count: Since doing your first DNA sweep, there are only a few hairs on the pillow.

Missing items: There are no more sheets on the bed.

Decibel levels: You heard their voice in a dream.

Olfometer: Evidence has dwindled now to a faint smell, only detectable when you get real up-close next to their pillow.

Cell count: No hair. No skin cells. No semen stains. Impossible to grow any cell cultures due to lack of DNA remnants.

Sophia Hotung is a Barnard junior and Spectrum's editor. She had a 13'6" x 19'6" dingle for half of sophomore spring, but instead of Airbnbing out the empty bed, she just pushed both together and slept like a queen. Reach her at sophia.hotung@columbiaspectator.com.