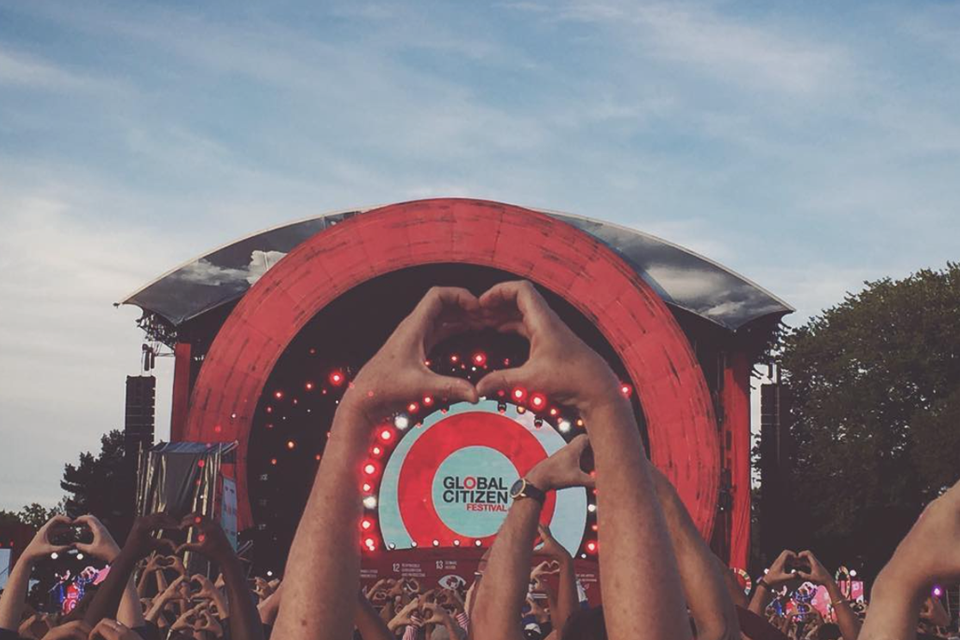 Columbia students love free things. Though food takes home the overall prize, music is a close second. To the detriment of all CU students, however, Bacchanal isn't until April.

The Global Citizen Festival this weekend may be one of your only opportunities until the penultimate month of the year to don your best stand-amongst-a-sweaty-crowd-and-get-turnt festival gear. If you got tickets, lucky you. But if you didn't, here are some jams to help with your not-seeing-Metallica-live-FOMO.

We are the World by Michael Jackson

After interrupting your usual stream of ~hilarious~ tweets with some globally conscious ones (like our very own Professor Miller), you finally won your free GCF tix. There's nothing better to get you pumped for global awareness than this classic "just listening to this makes me feel like I'm making a difference" anthem. Just don't listen to the newer one with Kim Kardashian for Haiti. Listen to the OG.

If you didn't win tickets or were just too lazy to enter, Kendrick's got your back. Who knows? Maybe you'll even finish that long-ass psych reading from last week. We gon' be alright.

We Found Love by Rihanna

If there isn't love at a festival dedicated to solving global problems, I don't know where it would be. (Except maybe in that Carman double with a sock perpetually hanging from the knob. Your worst fear confirmed, you've been sexiled.) It's a 2011 ~oldie but a goodie~, and you'd be lying if you said you didn't know every word to this hit.

You're surrounded by people in the middle of Central Park, making a difference in the world by turning up to Major Lazer. Damn you're feeling that powerful energy. (Or if you're stuck back in MoHi, damn you're doing your best to channel that stress energy into a powerful energy.)

Metallica's bound to play a set because apparently they're still relevant. (Is this song even good? Tbh I just chose the most-played from Spotify. I kind of have a personal vendetta against them anyway, what teenager even regularly/ever listens to them?!)

* Comment from Managing Editor, Ben Libman, regarding the inclusion of this song.

Show how much Columbians love giving back by letting your inner lion roar. Our love will conquer it all, lionhearts.

Neil Patrick Harris is hosting the festival, and that's something you won't get to see. Oh, the pain. Side note: He wasn't only a sex-crazed playboy in Hedwig and the Angry Itch; he was also Dr. Horrible in "Dr. Horrible's Sing-Along Blog." ("A sing-along blog?!" Spectrum exclaims, "How do we incorporate such a feature into our little publication?!")

DJ Got Us Fallin' in Love by Usher

You're stuck in your room, staring at an essay that's due at 5 p.m. If the FOMO's still getting you down, there's nothing like an Usher throwback from your cringe-worthy bar mitzvah days. While Usher's just a special guest at the festival, you never know what shudder-inducing songs he may bring with him…

Maybe it's good you stayed back. Just kidding. #Usher4Life

Shulie Weinberg is a Barnard first-year and a trainee Spectrum staff writer. She loves making sarcastic Usher jokes and really does not know anything about Metallica. Reach her at shulie.weinberg@columbiaspectator.com to enlighten her.