The art of sexiling: Coming up with a functional system

The art of sexiling: Coming up with a functional system 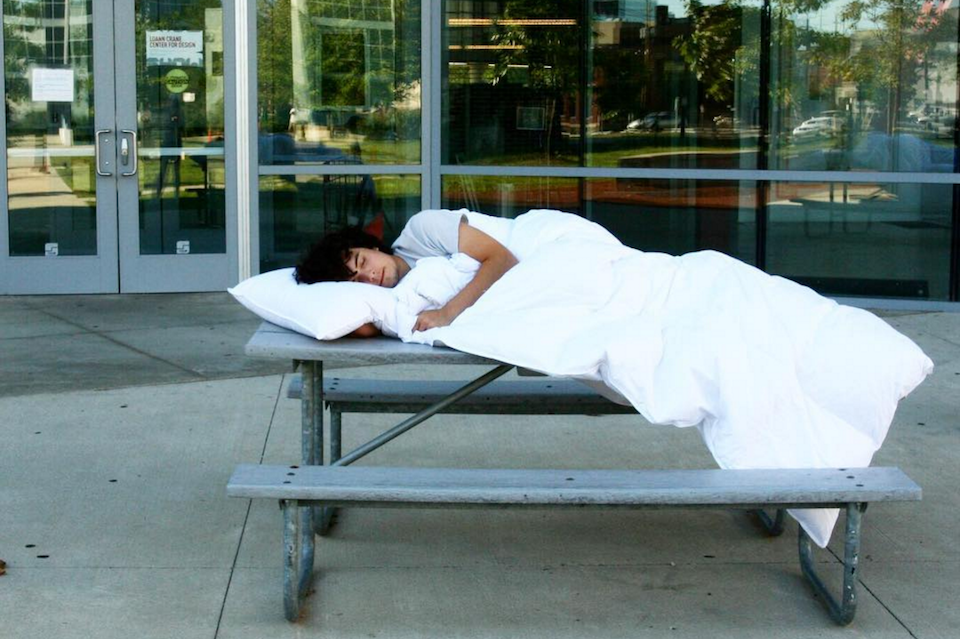 Close your eyes and imagine: You're with a potential hookup and decide to take things to the bedroom for some ~sexytimes~. All of a sudden you realize (*GASP*) your roommate is still in the room. What do you do now?

Don't panic. As a professional sexiler, I have a foolproof plan to help you before that situation even happens. Shout out to my roommate Jorge. Jorge—I love you. You're a real trooper.

The core of any good relationship is constant communication, and that's especially true when it comes to your roommate. If you have the courage to set up a chore schedule with them, then you should be able to have a conversation about "using the room," as awkward as it may be.

Shout out to Jorge for being the true bae of the evening. Also, shout out to Sophia, the editor, for making that meme after stalking Jorge's Facebook.

Although Jorge was cool about being kicked out this one instance, it doesn't mean I expect him to bounce whenever I wanna dick down. That being said, neither you nor your roommate are required to leave if either of you are uncomfortable with the situation.

Have an open discussion about hooking up early on in your roommate-ship (it's a little late now, but better late than never!). You're gonna be living with this person for another seven months— everyone should be on the same page. Talk about your boundaries, when (or if) you're willing to give up the room, and how many freebie "surprise visits" each person can have without it being a passive-aggressive issue.

While consent is a must for hooking up, it is also important for kicking out your roommate. Don't let someone come in between your roomie relationship. Follow the simple life mantras: bros before hoes, chicks before dicks, roommates before mistakes (I tried...).

While the idea of scheduling may seem a little too ~extra~ for some of you, if you're willing to give up the room, then talk about when each of you can slay the vadragon.

Are you only willing to give up the room when you're in class and wouldn't be there anyway? When you're out of town? In a club meeting? Trapped in DSig? These are all questions that need to be answered in order to make sexiling a functional habit.

You don't have to set up a Google Cal (unless you want to*, in which case more power to ya) of your roomie's entire schedule, but you should have a general understanding of who's where when so you don't cross major boundaries (specifically the one of being caught in the nude).

*You can each print out everyone's schedules and place it on the wall, too, if you prefer.

Point being: Talk to each other. If you told your roommate someone is coming ahead of time, remind them. Don't tell them every major detail, just be nice, and give them a quick heads up.

So there you have it: a live-action, R-rated, field-tested approach on how to sexile your roommate. Once again, I strongly encourage you to be a good roommate—don't let miscommunication make things awkward between the two of you.

And just for fun, here are some more euphemisms to improve your vocabulary…

Huber Gonzalez is Spectrum's associate editor in charge of user-generated content. He's not ashamed of how many euphemisms he put in this article. He also thinks everyone should have an open discussion about sex with their roommate, because you don't want any awkward interactions in the future. Reach him at huber.gonzalez@columbiaspectator.com.

Editor's note: The original version of this article was too obscene to publish. It included the word "fartbox" among other horrific terms. Huber has been punished, and the initial version is now kept under lock and key in the Spectrum office.