The 10 first-years you'll meet at Columbia

The 10 first-years you'll meet at Columbia 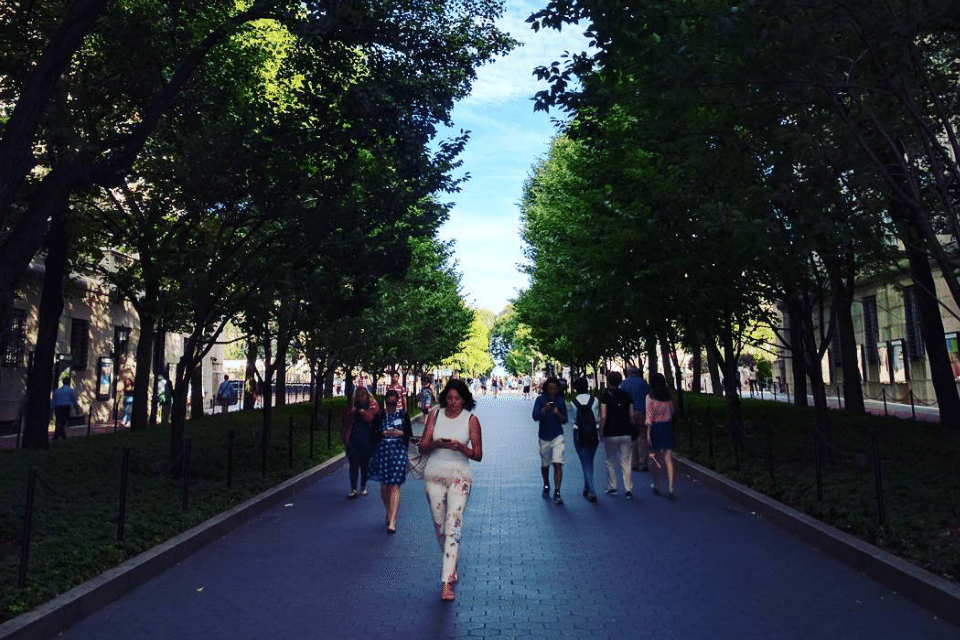 While it may be hard to believe, us first-years have been on campus (and away from home) for a month already. While some of us are just trying our best to pass unnoticed through campus and beat the curve on our first midterms, others are as unsubtle as a 1 a.m. John Jay fire alarm.

I've heard you talk to your friends in lecture, spent an awkward three minutes with you in the elevator, and seen your posts in the Class of 2020 Facebook groups (yes, both groups). You know who you are.

Aiden, who literally has it all

You're still trying to establish a Google Calendar. Meanwhile, he's not content taking the maximum number of credits, joining every club, and still having time to turn up on the weekend.

You want to hate him, but you know he'll be rich one day. You want the perks that come with knowing him (aka an invite to his Hamptons yacht party).

Erika, who pushes your buttons (and the elevator’s)

You get it, her time is precious. But is it really necessary to frantically alternate between pushing her floor and the door close buttons? It's not going to save her any time or make her any new friends.

You don't even want to see what she's like waiting for the Hamilton elevator. It takes longer to call that than it does to take the stairs.

Ryan, who is pre-med and wants everyone to know

You truly admire him for finding his life's calling so early, but if every sentence out of his mouth ends with "because I'm pre-med," he'll likely end up in the hospital before he ever gets to work in one.

"Hi, my name is Patrice! I had a question on that last slide"

It's a lecture. No one cares who you are, Patrice.

Jeffrey, who knows that he’s a hotter mess than you

Every time you interact with him you can feel your blood pressure rise. He's in a constant state of stress about everything, and he wants you to know how hard he's working and how little sleep he's getting.

It doesn't matter that you're basically in all of the same classes and have just as much work as he does. He's the only one who has ever been under this much pressure.

Becky, who has a Red Solo cup glued to her palm

All her Snapchat stories feature her drinking (even on a Tuesday night). You've never seen her in person, but you (and the rest of her Facebook friends) know that she started going to parties the first day of NSOP. You don't know how she does it, and you don't really want to.

You wondered if you were the only person in the room who realized that he hadn't done the readings (you hadn't either, though, so you didn't want to say anything).

Everything he says is a Donald Trump level of vague, but he still get snaps from the rest of the class. Somehow, even the professor appreciates his BS.

You either met her at an EC party, in the Ferris pasta line, or at some club meeting you went to for free food. You made small talk because you wanted to be polite and it was convenient at the time. But now you see her everywhere on campus and she's convinced you're best friends even though you have literally nothing in common. You don't even remember her name, but she remembers your birthday.

Javier, who is a faux-testor for (almost) everything

He protests everything—loudly, even without the help of a megaphone—from the lack of AC in the dorms, to having to register for an 8:40 class, to doing his own laundry, to walking "so far" from his room in Furnald.

You expected a lot of protests on campus, but you didn't expect the majority of them to come from the kid sitting the table over during dinner. With how strongly he feels about everything, you're surprised you've never seen him at an actual protest.

Esther, who was your orientation bestfriend

You hung out with her almost every day of NSOP—you were in the same OL group. Now that you can't base entire conversations on being excited about NYC, you've gone your separate ways post-Labor Day.

Now you walk past each other on Low Steps without even saying "hi," despite knowing from 47 icebreakers that she has a scar shaped like a jelly bean on her elbow and her brother is allergic to spinach.

First-years—see yourself on this list? You have three years and seven months to change.

Everyone else, remember you were young once (and that we all turn into not-so-hot messes like Jeffrey during finals).?

Victoria Yang is a SEAS first-year and trainee Spectrum staff writer. She is self-aware enough to admit that she makes a couple of appearances on this list. Reach her at victoria.yang@columbiaspectator.com.