What happened to Henry Moore's Reclining Figure outside Butler?

What happened to Henry Moore's Reclining Figure outside Butler? 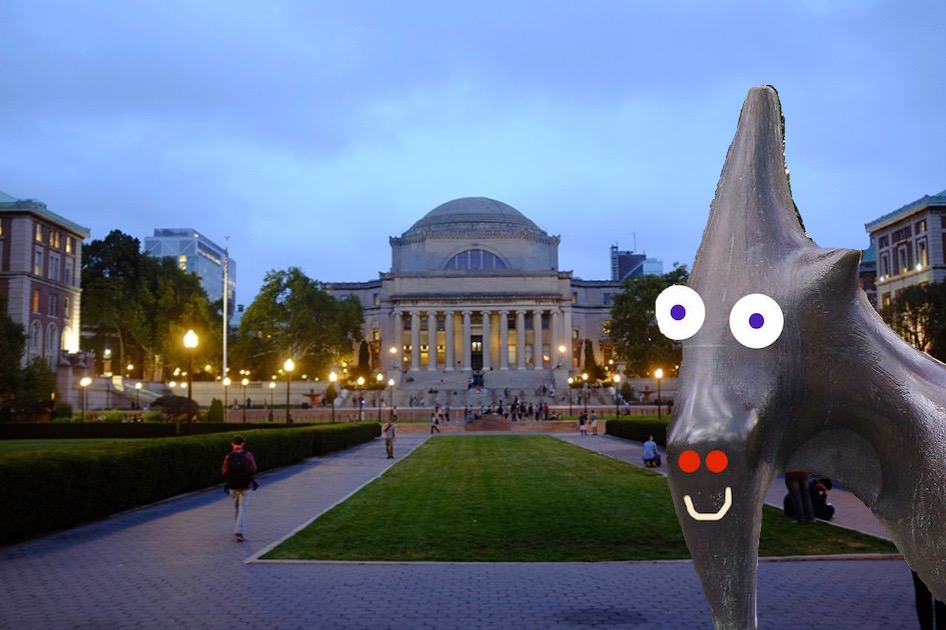 Since October is the ~spookiest~ month of the year, we've got all forms of the scaries on our minds. In a season filled with strange and slightly surreal things, we naturally found ourselves drawn to the ghost of Henry Moore's Reclining Figure statue outside of Butler.

You may remember the infamous statue from last March when administrators announced that RecFig would soon "nest" indefinitely outside of Butler. In the wake of this big news, over 1,000 students signed a petition opposing her landing. A nesting platform was constructed to honor the beast and we waited...

However, at a University Senate plenary last April, PrezBo announced that, due to bureaucratic errors, leading to a lack of "collective decision making," the statue's installation would be paused. Wait for it… he would not approve the installation over the summer… tragic.

It's true: #summersixteen has come and gone, and no statue has arrived. Even the platform has vanished. Where did sweet RecFig go? October's got us thinking that maybe witchcraft is afoot… who knows? We might...

It joined the cast of Game of Thrones as a dragon

You know that kid in your class who sometimes has to take time off to perform on Broadway or model or do something really cool that makes you feel insignificant? Reclining Figure is the statue-that's-secretly-a-dragon version of that person.

Maybe the Game of Thrones casting group happened upon Reclining Figure's LinkedIn while it was seeking summer internships. Or maybe it decided to go the Hollywood route after realizing how often drunk Columbia students would pee or climb on it in its new home. Either way, it's potentially flown away to bigger and better things.

Next time you're watching Netflix in Butler, keep your eyes peeled—maybe you'll spot our runaway statue.

It thought it would get to take UWriting

Like many at Columbia, the statue was drawn to Columbia's Core. The statue just wanted to learn some grammar! However, upon hearing that UWriting may no longer be part of the Core, it stormed away in a huff. Maybe it moved on to University of Chicago, where there's a pretty similar core. We hear there's a lot of funky statues over there.

It got scared away by all of the dorm fires

With recent fires in Schapiro, Plimpton, and Elliot, the statue got spooked. Metal + fire = no more beautiful Reclining Figure, just a blobby figure. Who knows the next time the Hartley laundry room will catch on fire? Look, Butler is sad enough. We get not wanting to melt away into nothing.

It was so shocked we won a football game, it ran away

Reclining Figure knew it was a loser. It also knew the Columbia Lions football team is (sometimes) a loser (Thanks, Pete). RecFig felt at home. RecFig felt understood.

Our two victories over Wagner were so shocking, however, that RecFig felt like we had barely any common ground anymore. PrezBo is currently in discussion with RecFig and the ghost of Henry Moore to bring it back, assuring both that we'll definitely lose Homecoming. RecFig is still on the fence.

Maybe it's a Columbia rite of passage: trying and failing to infiltrate resumé-demanding Columbia and Barnard student clubs. For a human first-year, it can be pretty difficult to get into any major club without a stacked resumé and references. The poor statue doesn't even have fingers. It doesn't even know what LinkedIn is! Clubs neither cut it slack nor gave it access to Slack. The shame was too much.

It couldn’t deal with this election...

Personally, we think these are all plausible and hope that the scientists over at SEAS can help us verify what actually happened (assuming this has scientific explanations…). As a famous supernatural pair once said: The truth is out there.

Do you have any #spooky theories on what happened to the statue? Comment down below, Tweet us, or Snapchat us @CUspectrum.

Juliana Kaplan is a Barnard sophomore and a Spectrum staff writer. She can be found casting spells to try and bring Maggie back to life. You can reach her at juliana.kaplan@columbiaspectator.com or @julianamkaplan. 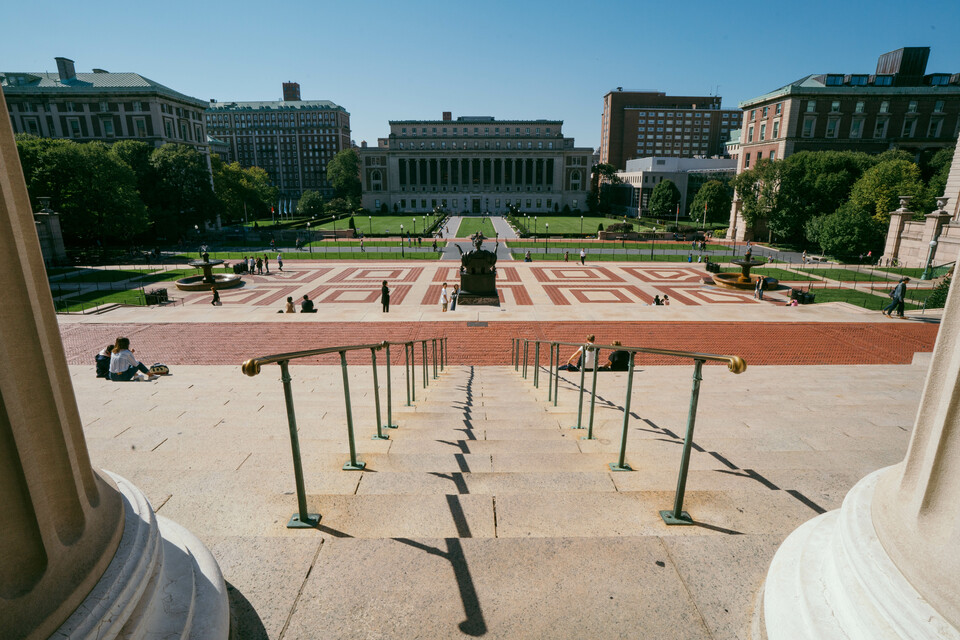 Columbia has moved all undergraduate classes online. Here’s what you should know:
By Jazilah Salam and Nandini Talwar