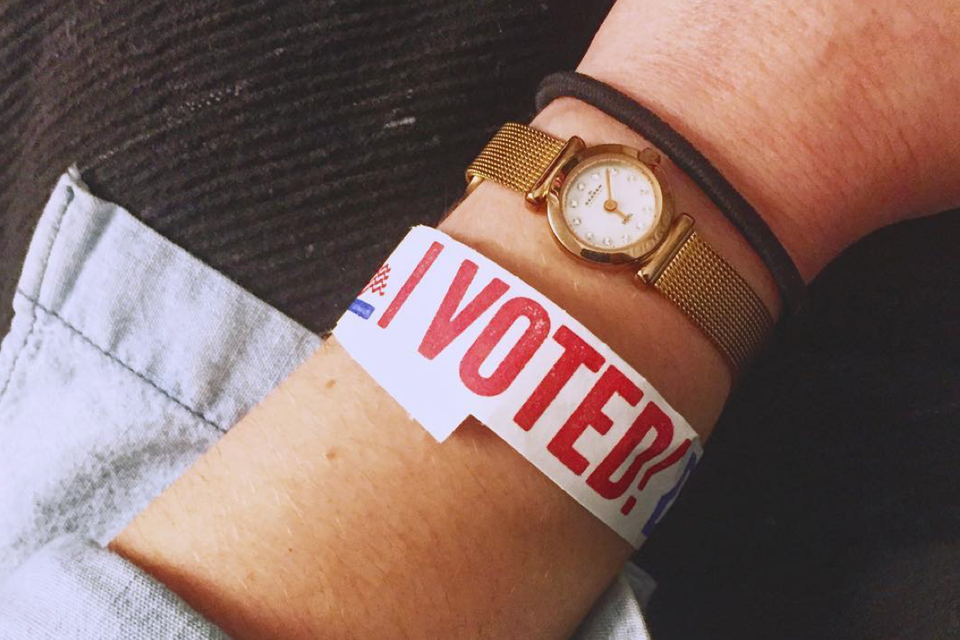 Fall-freakin'-finally, it's long weekend time. Unlike any fall break we've experienced so far, this one is going to be rocked by probably the wildest, most terrifying presidential election we've ever seen.

Hold onto your hats, and pregame for a potential apocalypse. Happy fall break, frands.

Wake Up by Hilary Duff

Chances are, you'll first see this installation of PP when you "wake up, wake up on a Thursday morning" (which doesn't quite have the same ring to it as the OG "wake up wake up on a Saturday night" does.) That being said, this is still a solid jam, a classic throwback, and I couldn't not put a Hil(l)ary jam in this week's playlist.

New York City by The Chainsmokers

Hey, we were doing just fine before we met this other song of yours, Chainsmokers, but congrats—now we like you even more. You've just become more relatable to us here in ManHat* with the opening line, "New York City, please go easy on me tonight." Seems appropriate to say this at the beginning of a raging long weekend and a tumultuous election.

*We're trying to make ManHat a thing like they made MoHi a thing. Work with us, okay?

You Never Know by Wilco

Yeah, I'm going to twist every song to have some sort of political meaning, but that's fine. An election day Pregame Playlist only comes around every four years, and, hopefully, I will have graduated by the next one. Also, Wilco speaks to many an American's soul right now. "I don't care anymore, / I don't care anymore, / You never know," really speaks to the
"wtf is happening with the polls atm" vibe.

"Ew, since when did Pregame Playlists get sappy and showtune-y?" Ok, ok, ok—calm your testosteronies, champ. Let's have at least one song that's not completely cynical and actually consider the legitimate political implications of the upcoming election. If you haven't already, be a ballot baller and vote.

Lololol back to the banter, no more cheesies, I promise. But seriously, while we may all have a great time trying to sing karaoke to this anthem, this may be the song you blast in your car as you and your suitemates scurry down to Area 51 with hopes of alien abduction and eloping far, far away from Earth's new dystopia.

How will you be hanging out on election night? Hopefully by listening to this playlist. Regardless, tell us about it in the comments, on Twitter, or on Snapchat @CUSpectrum.

Sophia Hotung is Spectrum’s editor and a Barnard junior. She can’t vote. She’s a filthy foreigner. Reach her at sophia.hotung@columbiaspectator.com to tell her to go back to where she came from.
a&e pregame playlist election
ADVERTISEMENT
Recommended