Suit up: Let CU's career centers dress you for all occasions

Suit up: Let CU's career centers dress you for all occasions 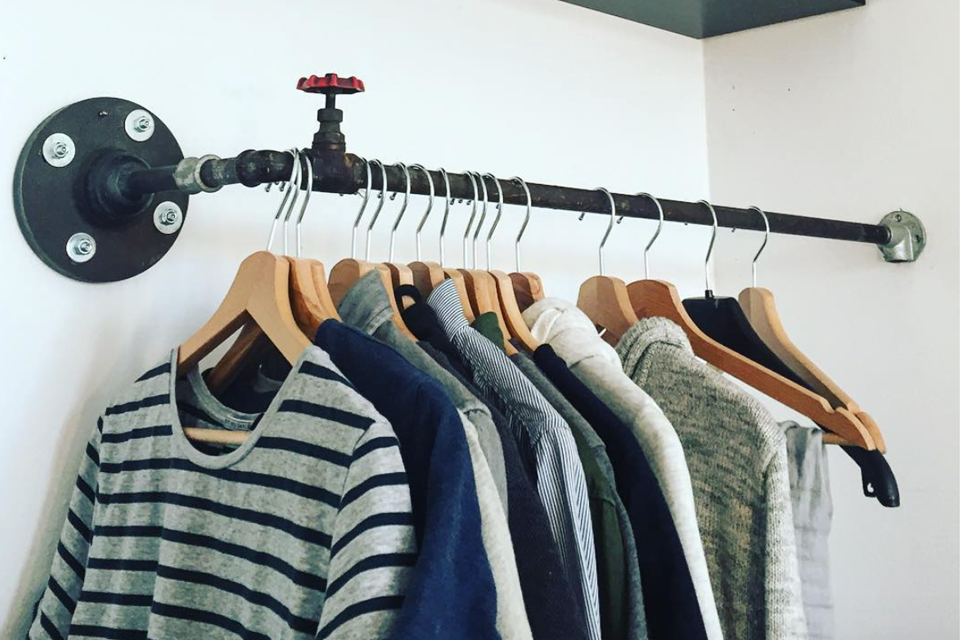 Library books and steamy TAs aren't the only things you can check out on campus.

If you wanna look dapper and fancy-pantsy for career fairs, job interviews, or dates (preferably ones with the hottie TAs), CU's got you covered. Columbia students have the Center for Career Education's Clothing Closets, and Barnard students can turn to the Career Development office for Suitable Suits. (Gotta love the alliteration.)

These services are hella useful, but also quite limited. I'm sure a pre-owned Bloomingdale's blazer has launched many a career, but what is a hopeless English major such as myself to do when they aren't frequently scoring interviews (or dates)? I still need rented outfits—I just need ones for slightly different occasions.

And tbh, I'm not alone. We've all been guilty of begging our class's FB page for a component of a costume or a black dress for a formal, only to be ignored. Therefore, I've laid out the plans for both colleges to expand their clothing closets. 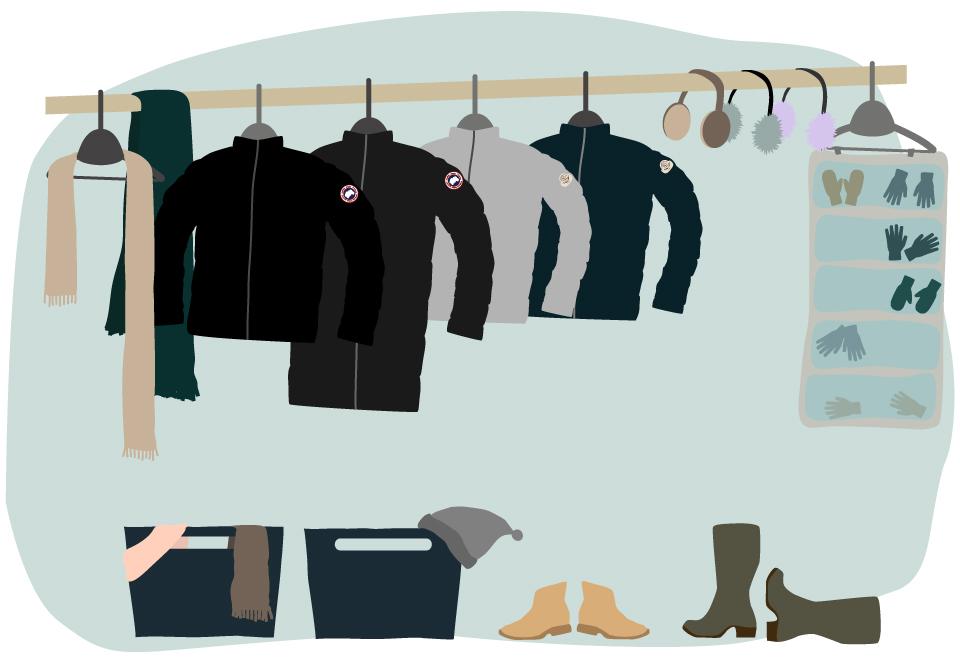 Considering that it's already snowed once, I'd like to kick things off with the most pressing fashion dilemma. Yes, yes, I get it, Alaskans and Scots—you're tough and this cold is nothing. But if you're from an equatorial haven, you're probably finding this sudden chill a bit too much to deal with.

Yeah, you could go splurge $999.99 on a discounted Canada Goose coat;there only 22 days until the last day of finals, though (but who's counting, anyway?).

My proposal? CCE and CD, give the people scarves, hats, gloves, and a Canada Goose (the jacket, not the animal). 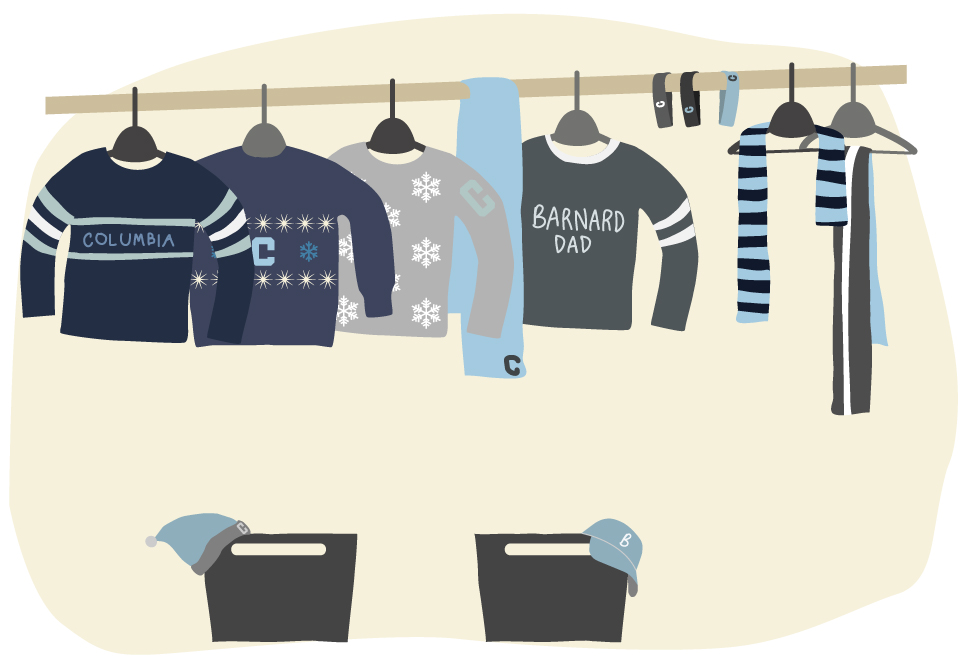 It may be due to our Homecoming win last month or the fact that I finally understand how to read a Spec sports article, but my affinity for attending sports fixtures has slightly increased. What hasn't increased, though, is the number of athletic garments in my wardrobe.

For some reason, I've never bought a Columbia hoodie or a "Barnard Dad" hat. That leaves me in the terrifying and uncomfortable situation of not having pro-Columbia stuff to wear when we're cheering on the Lions at Baker Field.

Again, this is an instance in which I—like the thousands who aren't willing to exchange $34.98 for a "CHAMPION UGLY HOLIDAY CREW SWEATSHIRT" just to attend one sports game a semester—need Clothing Closets. 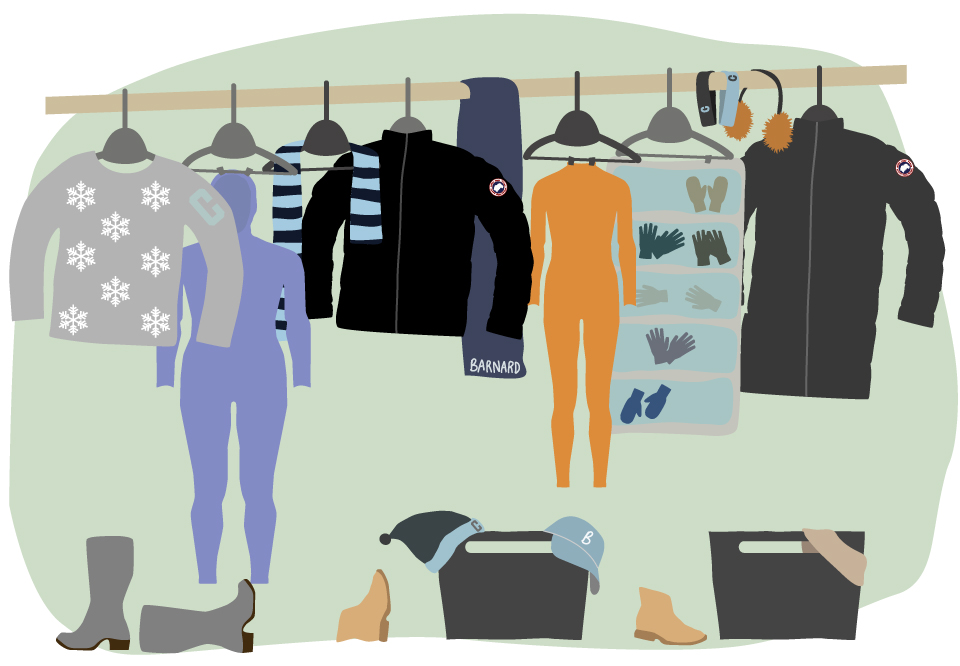 I'd like to end on another relevant closet essential, since finals season is fast approaching.

While there are many who assume the form of "that stanky fiend" (the person living in Butler from Dec. 11 until their MoHi departure), there are many who start pulling Butler all-nighters before reading days even commence. Yes, they're usually humanities majors, and no, their professors didn't grant them paper extensions...

You'll see them stumbling into your 10:10 a.m. seminar with eye bags, Blue Java in hand, and adorned in the smelly clothes of yesterweek. For the love of every functional nose in the room, CCE and CD, please provide these students with temporary odor-free outfits for them to wear to class. Bad smells lead to the detriment of effective studying, and sometimes Plimps, CG, and Harmony are too far to go to change before class.

Your work's cut out for you, Barnard and Columbia. If you're still reluctant to get Macy's and Bloomingdale's to donate, imagine a campus where gross kids don't smell in their morning lectures; where children are warm in class and warm in Bacchanal cages; where people actually turn up to football games because they have something to wear. This is the beginning of a movement.

Got other situations that require specific wardrobes? Snapchat us @CUspectrum, Tweet us, or throw down a comment below.

Sophia Hotung is Spectrum's editor and a Barnard junior. She was also going to include a "date night" wardrobe in this blog post until she realized that Columbia is a sexual wasteland. Reach her at sophia.hotung@columbiaspectator.com to debunk that claim and tell her about people who've found love in this hopeless place.