Don't fail your final essay: Use these smart-sounding words

Don't fail your final essay: Use these smart-sounding words 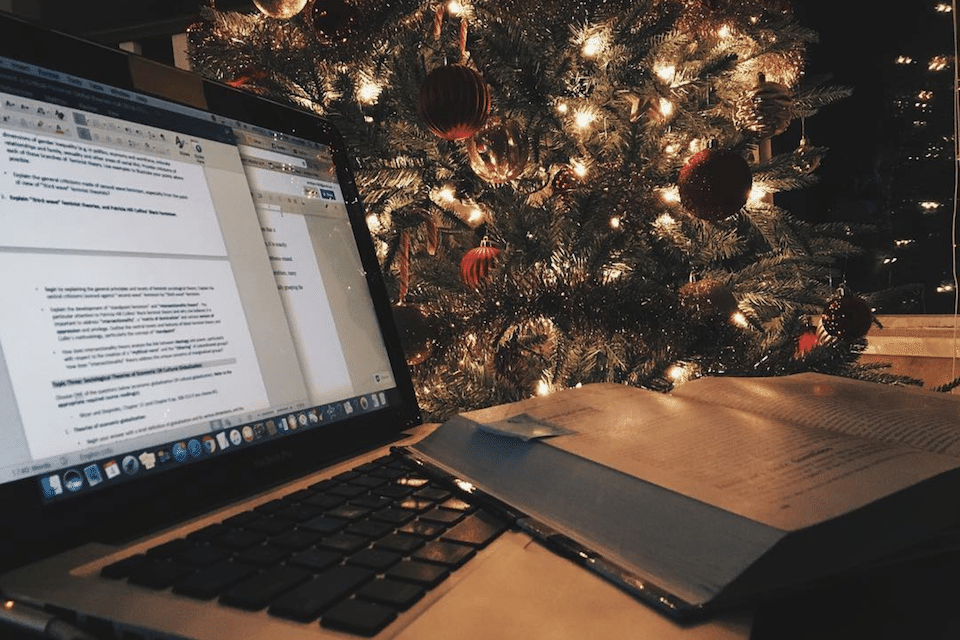 We've all been there: burying your head in your hands, internally (or externally) screaming as you search for just the right words for that final essay. How do you describe the author's use of intersectionality as a narrative tool… without sounding like an idiot?

If you're going to be a student at this esteemed, premier University (we are the best in the Ivy League, after all, and produce the second-most billionaires), you're gonna need to know how to write like one.

Thesaurus.com may be your home screen for finals season, but I've come up with my go-to list of composition-worthy words to formulate all of my written material. (See what I did there? That sounds smart af.)

Example: "The author presents her argument in a clear, cogent manner, quite unlike this paper."

Breaking it down: Cogent: A word that does not describe you during a 4 a.m. Butler sesh when you're only two pages into your final. It is also a word that professors seem to love, especially when you're praising their favorite readings of the semester.

Use it in a Lit Hum essay: "Though characterized as an epic, Homer's lack of cogent, linear plot in Odyssey lends itself to an epic fail of a read." (Note: you probably shouldn't say this in an essay.)

Example: "I wish your only criterion for grading this paper were the amount of times I cried while writing it, because that would guarantee me an A."

Breaking it down: "Criterion" is the singular form of the word "criteria," so try to use this word as much as possible to show professors that you are versed in ancient Greek plural nouns' singular forms. They love that shit.

Use it in a Psych essay: "The main criterion for diagnosing all mental disorders is social and occupational dysfunction."

Example: "The juxtaposition of considerable amounts of work and severe sleep deprivation caused Miles to weep in a corner of Butler."

Breaking it down: "Juxtaposition" is a great word to use when you want to crowbar two ideas into the same sentence in a bullshit attempt to show contrast.

Use it in First-Year English: Legacy of the Mediterranean essay: "The juxtaposition of Demeter gently chucking the infant Demophon into a fire and the quiet fireplace setting in the Homeric Hymn to Demeter shows that someone needs to save that child ASAP."

Example: "When I use words larger than two syllables in my essays, I seemingly look like less of an idiot."

Breaking it down: I love the word "seemingly" because it's basically saying, "I don't know if this is totally right, but we're gonna just roll with this because I've given up trying to understand it otherwise." It's all about covering your bases.

Use it in an Art Hum essay: "Judging by the faces pointing toward the front, the subject of Picasso's "Les Demoiselles d'Avignon" is seemingly the viewer."

Example: "I use these words in my paper because I want to appear more bombastic than I actually am."

Breaking it down: If your paper looks bombastic, maybe your content won't matter because your professor will be so smitten by your extensive vocabulary. That's how it works, right?

Use it in a Contemporary Civilizations essay: "In my attempt to understand what the hell Descartes was saying in "Principles of Philosophy," I found that even the SparkNotes summary was bombastic." (Note: This will probably make your prof pretty angry, but Descartes kind of sucks so it's okay.)

While big words don't always necessarily equate to a higher grade, at least you'll hit that word count quicker AND feel like you learned something new in college! At the end of the day, university is all about the pursuit of knowledge, right?*

*Wrong. It's about gainful employment.

Do you have a go-to fancy-pants word? Have you been praised or criticized for your word choice? Comment down below, Tweet, or Snapchat us @CUSpectrum to contribute your musings.

Miles Greenspoon is a Spectrum staff writer and a GS/JTS junior. One time a professor commented that he needed to stop using large words incorrectly, so maybe he's not that qualified to write this article. Reach him at miles.greenspoon@columbiaspectator.com or @mileshasjokes.