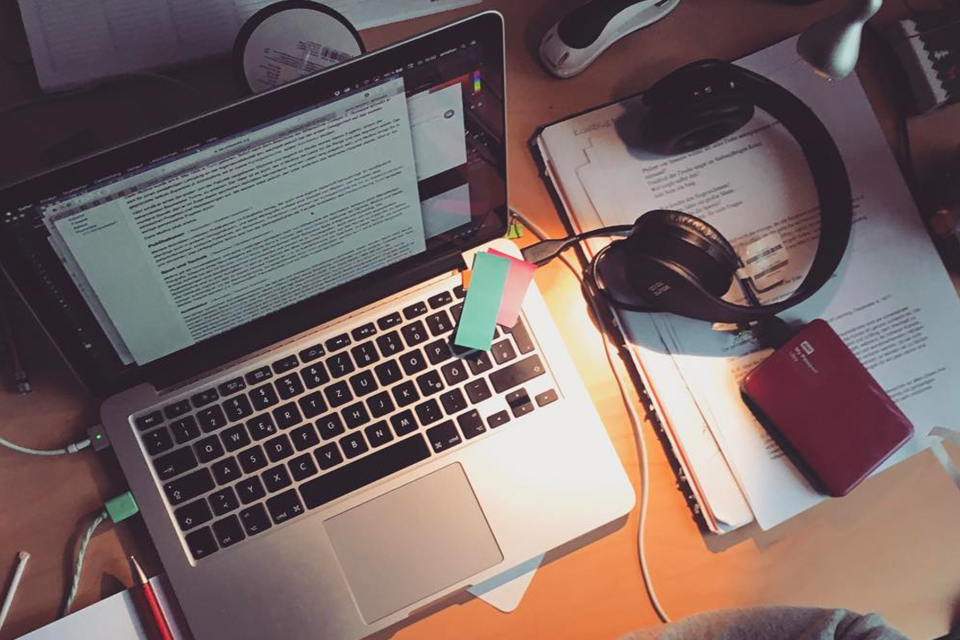 Ah, securing an internship. We feel the struggle of figuring out your first summer as a college student. :')

As a first-year, you are blessed with bountiful, magical heaps of time—and that makes all the difference. You're probably ready to jump into those internship applications, but there's no point in applying to 213 things if you don't have a game plan. That's where this guide comes in.

Color code jobs based on whether they're works in progress, submissions waiting on replies, rejections, or acceptances. This'll help you follow up on things later and keep track of your progress. Here's one we made earlier:

The only issue with the spreadsheet deal is that you can't attach files, especially if you're working with Microsoft Excel rather than Google Sheets. (You can link to cover letters and résumés in your Google Drive through Google Sheets, but I find it a bit messy.)

Have no fear, because you can always set up a folder on your desktop (or Google Drive) with sub-folders for every application. You can carry along the color-coded theme based on whether you're working on the application, have finished and submitted it, were accepted, or were rejected (boo).

(Notice how I tried to go ~*banky*~ when making these to pander to you mass of econ majors.)

A note about the Starter Kit folder: Put your standard CV and cover letter in here to use as templates. You can also store reference letters or other files that you use for multiple applications here as well.

Never use the same résumé twice. Ok, that's a bit of an overstatement, but for the love of student debt, don't upload the same standard CV every time you apply for something. Tweak your descriptions, reorder your experiences, and emphasize different skill sets based on the company's mission statement and the internship's requirements.

Before you so much as tenderly graze the "Upload" button with your mouse, you should have a clear idea of the company's culture, mission, values, and an idea as to how to incorporate these tenets into your own application, cover letter, résumé, and responses to questions they'll ask you. You'll be the epitome of an ideal candidate if you tailor yourself to be exactly what the company strives for.

When you craft your résumé and cover letters, it's best to get them checked by a career development office or a professor familiar with the industry that you're applying to. While Barnard's peer career advisors are handy, you can get more hands-on strategic advice from Barnard's Career Development office or from  Columbia's Center for Career Education.

Oh where, oh where do I look for jobs?

When you hit sophomore year, depending on your industry, you'll probably have to start applying in September and October rather than the spring. For example, most big banks and consulting firms recruit during the fall semester.

That being said, many companies still have applications open during the spring. You just need to know where to look.

Think of the companies you want to work for, hunt for their programs, and pop them in the spreadsheet. For instance, if you're into publishing, you'll think of Condé Nast or maybe something bookish like Little, Brown, and Company.

Pro-tip: If you can't find links on the web, don't send cold emails—call the office. Ask where you can find the application for the company's summer internship. They'll either give you an email, or tell you there isn't an internship available. If you get an email, ask for the receptionist's name. In your email, mention the receptionist who gave you your contact's details so you don't look like an utter stalker.

Career Development at Barnard and CCE at Columbia both send out emails with job opportunities, coffee chats, seminars, and help sessions. Pay attention to those.

Check NACElink (or Millie Careers, as it wants to be called now) and LionSHARE for Barnard and Columbia, respectively. It's not rare for students to get a job from there.

You hate LinkedIn because you don't like it when it tells the people you stalk that you're stalking them, and it's kinda just Facebook for Slimy Networkers™. That being said, the search engine function of the social medium is handy dandy.

Search industries, narrow them down, then apply. Sometimes you need only apply with a click, as it sends your online profile.

Both the Barnard College Job and Internship Fair on Friday Jan. 20 (11 a.m. to 3 p.m. in the Event Oval of the Diana Center) and CCE's Spring Career Fair on Friday Feb. 17 (noon to 4 p.m. in Lerner's Roone Arledge Auditorium) are open to all four undergrad schools. You're silly to miss them.

Pro-tip: Come away with as many business cards as possible. Cover letters and emails are strengthened when you can recall chatting with Liz from HR about who knows what in your intro paragraph.

Running out of ideas for companies to apply to? Think again.

I once applied to Volvo literally because I saw one of their cars, and realized that as a multinational company, it must have a department I could work in. It's random and a little arbitrary, but if you pay special attention to brands and think about the industries and companies you interact with, you'll begin to think of them as companies that may very well suit you.

Good luck with the search. Internship hunting can be really discouraging and upsetting after a few rejections, but don't worry. As someone who applied to 50 internships her sophomore year and heard back from just one, don't worry. It's gonna be fiiiine. If there is one final piece of advice that I'd give, it's an iteration of what journalist Asra Nomani, said at last October's Columbia Women's Leadership Conference:

"Show up. Because that's what we all did when we arrived in this world."—@AsraNomani

Showing up really is half the battle. Go to as many events as possible. Shake as many hands. Collect as many cards. Write as many "Thank you" emails. Networking and showing up go hand in hand—the more you can put a face to your application and the more you attend gatherings and learn about opportunities from them, the better your chances will be when it comes to securing an internship. Good luck.

Sophia Hotung is a Barnard junior and was Spectrum editor for Spec's 140th Managing Board. She doesn't stalk people on LinkedIn because she's too ashamed that they'll know. Reach her at sophia.hotung@columbiaspectator.com (or maybe just stalk her LinkedIn).