At the core of CU’s academic scene: What’s up with the Core Curriculum for Columbia College?

At the core of CU’s academic scene: What’s up with the Core Curriculum for Columbia College? 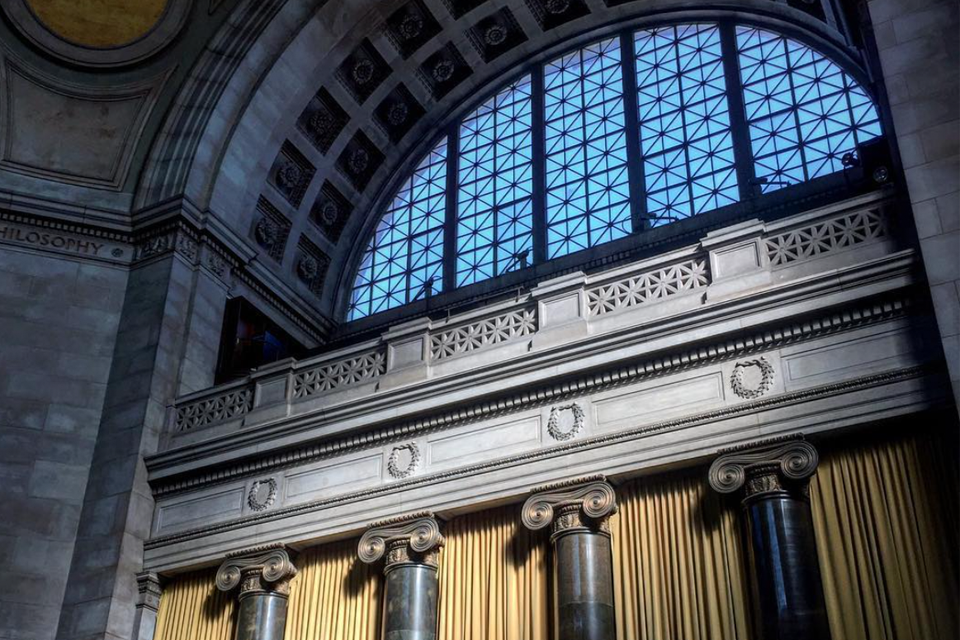 Welcome to Columbia! You still have a bit of time before you have to commit, but now that you’re in, start reading as much as you can about your potential new school. Required Reading can help you out with that. If you want to see what life is really like on the upper west side, make sure you subscribe.

Ah, the infamous Core. If you applied to Columbia College, then you obviously had to consider whether you would actually enjoy (and survive) the Core. While you might have thought about it, it’s time to decide once and for all whether you can spend the next four years of your life focusing on it.

The Core is comprised of the following courses. None of this should really be a surprise for any of you at this point, but let’s put things into perspective.

In total, you’ll be spending around 55-67 credits of Core classes throughout your four years at Columbia. That roughly translates to one third/one half of your overall time here. While that sounds like a lot, you are able to test out of the language requirement (in a bunch of different ways) and Music Hum (by passing an exam). Plus, some courses, like the science and Global Core courses, can count for both your major and Core requirements.

Your major will be around 30-50 credits total, depending on what you choose. Concentrations will be around 15-25 credits as well. Keeping that in mind, you will often find yourself having to balance the amount of major or concentration classes you take per semester with your Core requirements.

In your first year:

Generally speaking, people take Lit Hum, FroSci, UWriting, and begin the language requirement in their first year. Students who have music and art backgrounds will be able to take Music Hum or Art Hum in their first year as well.

In your second year:

Sophomores take Contemporary Civilization and the rest of the language requirement. Global Core, science, PE, Art Hum, and Music Hum courses can be taken whenever you want, but it’s recommended you finish them by the end of junior year.

While all of that sounds fine and dandy to those who love the humanities, science-oriented people or those who aren’t so excited about dedicating so much time to things they aren’t studying will be constantly frustrated. It’s difficult to focus on your other classes when you have hundreds of pages of reading to do. It’s also fairly annoying when scheduling rolls around, because you will constantly have conflicts between major and Core courses.

I’m not gonna lie, the Core is a lot of work. The true amount of work will depend on your professor, but let’s give a breakdown.

You’ll generally have 50 to 150 pages of reading to do for every class. On top of that, you may have to write discussion posts, have quizzes on the reading, and/or essay assignments for the works you read. You’ll also have a midterm and final. If you’re keen on doing the readings, make sure to spread them out so you’re not trying to read 100 pages 30 minutes before class.

You’ll have a few reading assignments due for every class. The entire class is broken down into four essays (called progressions) that are supposed to make you a better writer. The essays tend to be extremely long and can be tedious to do. Make sure to consider what you’re taking your first semester—or if you’re unsure about CU, whether you wanna take it at all—so you don’t get overworked.

FroSci and the science requirement

The workload for this class still isn’t a walk in the park, but it’s less than Lit Hum. FroSci meets once a week in lecture and has an accompanying discussion section. You have weekly homework assignments that don’t take too long to do, and you’ll have a midterm and final. Some professors have projects you have to do too, but they aren’t that bad.

The science requirement can be easily completed by any science major. The humanities folks have the option to take easy science classes specially designed for non-STEM majors (Physics for Poets is a class, for example). Science will tend to have a heavy workload no matter what, but they definitely aren’t as heavy on readings as Lit Hum.

Art Hum and Music Hum focus on analyzing art and music (duh), and they’ll have some readings for class, but they are almost rarely discussed in great detail. Music Hum also has listening homework, which you can do whenever and wherever you are (since all you do is listen to music lol).

There are also a few essay assignments and exams. The essays focus on artworks you see in NYC museums, or music performances at the major opera or concert halls around the city. Yes, that means you’ll have field trips! They’re really fun, free, and barely feel like work.

The amount of work truly varies based on the course you take and who’s teaching it. Since some Global Core courses can double count for majors, some of you might not even have to worry about this that much. However, for those of you just trying to get it out of the way, take something you’re genuinely interested in, and you won’t even feel the workload ;).

You can expect each course to have tons of reading a week, discussion sections, essays, and exams. Some courses are more lax than others, but if you take this in your junior or senior year, the amount of reading (hopefully) won’t prevent you from doing other work.

If you took an AP or IB course in high school, you may have already fulfilled your requirement depending on your exam score. For the rest of you, the amount of work depends on your proficiency. If you’re starting a language from scratch, you’ll have to meet three to four times a week for class, and have a bunch of homework to practice your language skills. Again, it all depends on your language and professor, but expect multiple tests per semester and at least one oral exam.

PE and the swim test

I don’t understand this one at all, but alas, we have to take two exercise courses. This is the easiest req in terms of work—you just show up and do the workouts. The classes are really cool though—you can take scuba diving, diving, karate, yoga, hiking, and more. Basically, don’t worry about reliving your middle school gym days (unless you want to—we have a class like that too).

In terms of the swim test, you have to swim 75 meters. You can’t stop, but you can go as slow as you want. If you fail, you need to take intro swimming as one of your P.E. classes.

The Core definitely isn’t for everyone. If you’re passionate about Columbia and about receiving a liberal arts education, then the idea of a third of your classes being taken up by the Core should excite you. If you’re worried about the humanities courses, you’re not alone. But even if the humanities aren’t your thing, you can still do extremely well in these courses.

Hopefully you’ll choose CU, since we’re amazing, but the choice is ultimately yours to make.

Huber Gonzalez is Columbia College sophomore and Spectrum’s deputy editor. He has very mixed feelings about the Core but is glad that it’s there to balance out his heavy science schedule. Reach him at huber.gonzalez@columbiaspectator.com.