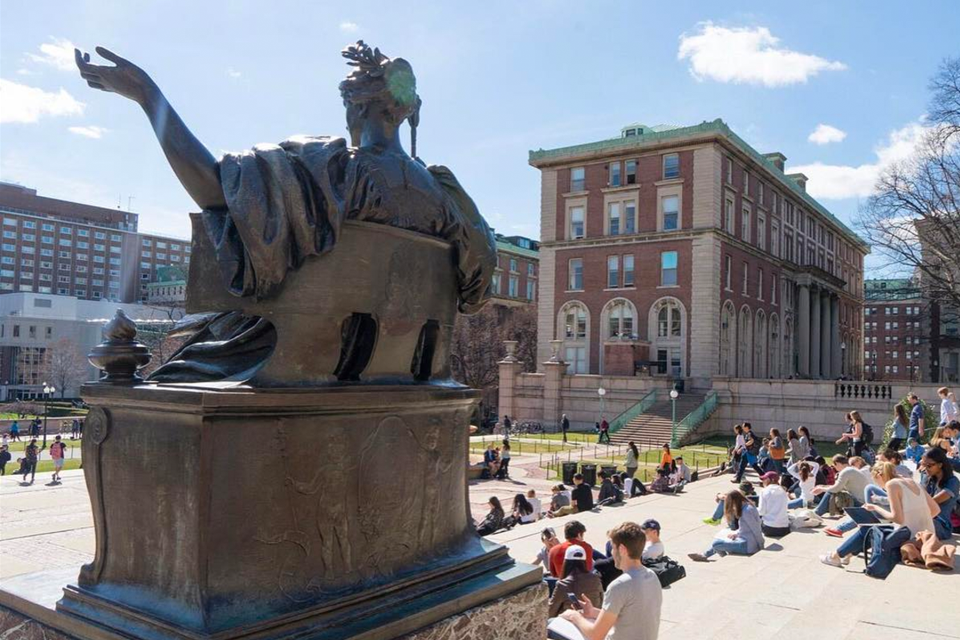 In case the nice weather of late has been making your head fuzzy (or you just haven’t been paying attention), today’s the first day of fall 2017 course registration. If you already have your Thinking Locally and Science requirements squared away (while still making room for some obscure, but interesting classes), make sure you pay some attention to that Arts/Humanities gen ed req. Here’s the best of what’s being offered next semester.

Introduction to Philosophy (PHIL BC1001)

This is your standard intro course, a basic survey of philosophers and their theories. Most CULPA reviews of the professor, Taylor Carman, are positive—they say he’s a great lecturer, really takes time to make sure students understand the concepts, and is approachable with a good sense of humor. Several do say, however, that if you already have a background in philosophy, probably skip over this course, as you might find the lectures to be a bit dry.

CULPA reviews don’t have as nice things to say about Karen Lewis (I’ll let you read them on your own time), but there is one pro of taking her section over Carman’s: It won’t be at 8:40 a.m.

Even though this is an intro class, don’t expect to pull an A if you don’t do the work. There are two essays and a final exam, plus regular pop quizzes that require you to do the readings. However, the weekly readings aren’t super long, so that’s a plus.

Don’t think you have singing chops? No problem. Even though joining the Barnard-Columbia Chorus does require an audition, it’s informal and everyone who auditions gets in.

This isn’t a standard lecture class—you’ll be preparing the whole semester for on- and off-campus concerts and smaller events in between. If you’ve ever wanted to get involved in the singing scene here on campus, or you just want an easy way to fulfill this req (there’ll be no tests—participation is the only thing that matters), definitely give this a try.

In this class, you’ll focus on race in America through consumerism by looking at films, reading, history, and much more.

Additionally, the reviews of this professor, Manu Vimalassery, are fantastic. People say that not only is he a genius, but he’s very understanding, approachable, and makes it easy for his students to get an A, just as long as it’s evident that they’ve put in the work. The weekly readings aren’t long (and are genuinely interesting), and the weekly discussion posts are open-ended (you can talk about pretty much anything you want).

Introduction to Music I (MUSI BC1001)

Another intro course, but this time for music. Of course people with previous music experience are welcome to take this class, but it’s especially good for people without.

Intro to Music I focuses on Western music from the sixth century and all the way through Handel and Bach. One section is taught by Gail Archer, the same woman who leads the Barnard-Columbia Chorus, and she has many positive reviews on CULPA for being extremely approachable. The other section is taught by Kristy Barbacane, who only has two reviews on CULPA—one that’s very good, and one that’s very bad. However, there’s one other factor that should make you lean toward Archer’s section: It’s not at 8:40 a.m.

For this class, you’ll have three five-page essays, a couple of listening quizzes (listening exercises are also the bulk of your homework assignments), and a final exam.

This class would be an interesting one to take because it focuses on a large time frame, from the arrival of slavery in America to Barack Obama’s presidency. The only bad thing is that there aren’t a lot of reviews on this class or the professor, Josef Sorett, so if you want to know a bit more before registering, I’d suggest checking out the various Barnard class pages and asking if anyone has ever taken this class with this professor.

Though this class is pretty reading-intensive, most CULPA reviewers cannot praise it and its professor, Ross Hamilton, enough. (Apparently, he’s not that difficult of a grader as long as you “put in effort and write something interesting.”) He has a gold nugget if that helps his credibility at all.

As a literature class, you’ll most frequently be reading books from Western writers such as Shelley, Wordsworth, Coleridge, Byron, Keats, and more. As an added bonus, this class will also fulfill your Thinking with Historical Perspective requirement.

The best thing about the Arts/Humanities requirement is that there are way more classes that will count toward this requirement than others. Even if you don’t think the arts are your cup of tea, there’s bound to be something that will interest you.

Have any other recommendations for an Arts/Humanities class? Tell us on our Facebook, Twitter, or Snapchat @CUSpectrum.

Veronica Grace Taleon is Spectrum’s editor and a Barnard sophomore. Her schedule next semester sucks—all her classes are on Monday and Wednesday. Reach her at veronica.taleon@columbiaspectator.com.