Ditched class all semester? Here’s how you can study for it (and pass the class)

Ditched class all semester? Here’s how you can study for it (and pass the class) 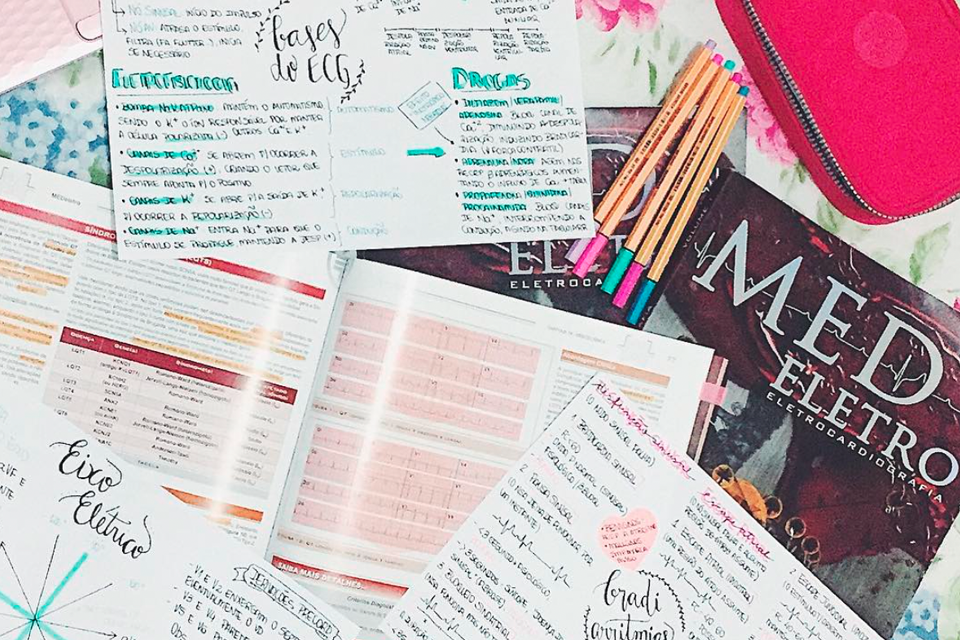 When you were in high school, you were legally required to go to classes. But now, since you’re a college student, you’ve probably missed your fair share of lectures for various reasons.

Maybe it was a dreaded 8:40, maybe you were overwhelmed with work for another class, or maybe you just couldn’t stand your professor’s lecturing style. Whatever the reason, now that final exams are coming up, it’s time to make up for all those skipped classes. There’s no need to give up because you think that it’s too late to succeed—you can still compensate for the classes you missed. Just be prepared to do a lot of work.

Knowing what kind of exam you’re facing is the first step in setting up a good study plan. (Studying for a multiple choice exam is way different than prepping for one that’s only essays or short answers.)

If a large portion of the final is multiple choice or true or false, the best way to study is by reviewing definitions and key concepts. There’s no getting around it—you’ll probably have to memorize a ton of definitions, so make your Quizlet cards or flashcards now. Reviewing terms and definitions far in advance will give your brain time to process the info and store it into your long-term memory. (And if you’re searching for some memorization marginal gains, we’ll be able to help you out with that.)

If your exam is going to have essays, you should first focus on the larger themes of the class and of each assigned text. Even though you haven’t seen the exam beforehand, you can still guess what kind of prompts you’ll have to pick from. From there, you can create an outline around these general themes, which will serve as a guide for what you might write about during the real thing.

Crowdsource for notes and study with classmates

Consider bartering with your classmates for notes (e.g., buy them boba or exchange notes you have for another class that you actually attended). Obviously, these notes won’t be written by you, so it might be difficult to fully understand them, but it’s better than nothing, and you can still get an idea of what has and hasn’t been covered in class.

Alternatively, turn on your charm and find other students in your class to form a study group with. Even if most of your group skipped class, you can split up the reading and go over confusing concepts together. If you’re lucky, you’ll find people who have attended class more than you so they can fill you in on important stuff you missed. Still, make sure you do your fair share of prepping—you don’t want to be that moocher who does nothing and benefits from the hard work of others. Nobody will want to help you study again if you’re that person.

Since you missed your professor’s lessons, you’re now going to have to teach yourself a good bulk of the material. In order to stay on track and learn everything on time, make a study schedule. Schedule your time chapter by chapter because reading in bulk will (obviously) take a long time—you might be able to get away with just skimming it, but make sure you actually understand it before moving on to the next topic.

Make sure you give yourself enough time to cover all the material. Start as early as possible (like right now!).

Actually do the reading—but not all of it

There’s no getting around it—you missed the class, so now you’ll have to find a way to catch up. Hopefully you’ve been doing the reading as you’ve gone along (and taken notes as well), but if you haven’t, it’s time to break out that textbook. However, it’s unrealistic to read an entire semester’s worth in just three days (unrealistic and not advisable—don’t overwork your brain).

Take a look at whatever guide your professor’s given you as to what the final exam will look like, then consult your syllabus. You really only have to do the readings from the classes that will be heavily covered on the actual test. (This might be a bit harder to do for multiple choice tests, but if your exam is only going to be essays or short answers, go back to the “Figure out the style of the exam in advance and study according” section—if you can determine the major themes covered on the exam, you can pick and choose which readings you actually end up doing.)

Don't multitask while you're studying

This should be obvious, but when studying for classes you’ve missed, you need to use your time in the most efficient way possible. While multitasking seems like the most efficient thing to do, scientists tell us that you cannot multitask (so don’t try to watch Khan Academy videos on implicit differentiation while reading your Lit Hum notes). This also includes watching Netflix while solving for x—give all your attention to your work.

If your professor or TA is holding a review session, don’t take it for granted! They’ll go over major concepts that will be covered on the exam, which will help you narrow down the scope of what you have to study. Plus, you can hit up other students in attendance to form those study groups and get notes, as mentioned earlier ;)

We all know that cramming is sometimes the only option you have when studying, but that doesn’t mean that there aren’t strategies to make the most out of it. Good luck!

Sein An is a Spectrum staff writer and a Columbia-Juilliard Exchange first-year. She has skipped her 8:40 class more than once (no need to dive into the specifics). Reach her at sein.an@columbiaspectator.com.